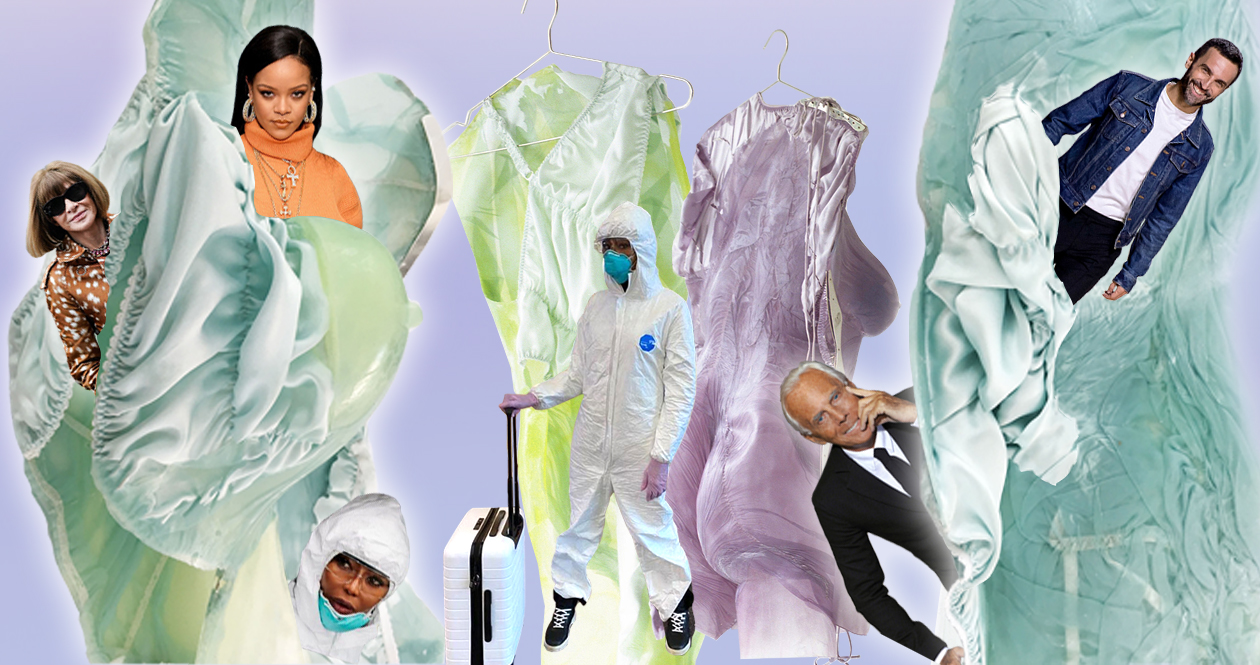 In the week that coronavirus was officially declared a pandemic, Italy went into lockdown, Coachella was postponed, SXSW was cancelled and the rest of the world came slowly closer to a standstill. Meanwhile, in a big win for the #MeToo movement, Harvey Weinstein was sentenced to 23 years in prison in New York. With all the media hustle and bustle, here are five things you may have missed in fashion this week, courtesy of INDIE.

Rihanna and Nicolas Ghesquière were chosen for LVMH jury duty

The final round of LVMH is upon us, with 20 semi-finalists being cut down to the final eight. Crowd favourites such as New York’s Peter Do, and London-based menswear label Ahluwalia have qualified as finalists, and will be competing for a lucrative €300,000 grant, along with a year-long mentorship programme with LVMH. And, revealed this week, the finalists will present their collections in Paris to a selected jury of 12 industry leaders, including Rihanna, Nicolas Ghesquière, Marc Jacobs, Virgil Abloh and Stella McCartney. 2020s candidates have shown their dedication to focussing on sustainable fashion and steering the industry in a more eco-friendly direction. “This year, once more, the semi-ﬁnalists impressed us with their creativity and their commitment to creating clothes that are respectful of the environment,” said Delphine Arnault, Executive Vice President of Louis Vuitton, who will also be one of the jurors. “I would like to congratulate all of them!” The final will be held at the Fondation Louis Vuitton on June 5th.

You might recognise Sinead O’Dwyer’s work from the cover of our current issue—it teeters on the edge of fashion and art; a niche that one of Lower Manhattan’s newest gallery aims to explore. O’Dwyer is currently showcasing her first solo NYC show, In Myself, at Waves and Archives, a gallery which aims to “endorse fashion as one of art’s mediums in academic, institutional, and art world settings.” We’d be hard pushed to find a more appropriate than O’Dwyer to open the gallery’s first exhibition, exploring the intersection of the body, fashion and art. The exhibition will feature her earliest collection, 23:19:26—titled after the measurements of her muse’s body—as well as her recent collection Martina, and a piece designed for an upcoming collaborative performance with the V&A museum. “It is current, it is theoretically grounded, it references its own medium to create poignant commentary. It is for all intents and purposes, what I would call—without a moment of hesitation – good art,” Manan Ter-Grigoryan explains, one of the gallery’s founders. Waves and Archives’ inaugural show will display O’Dwyer’s pieces from March 6th until April 3rd.

There’s apparently no stopping Giogio Armani’s continuous efforts to aid Italy during their devastating battle with the coronavirus pandemic. It’s been weeks since the designer livestreamed his show to an empty theatre at Milan Fashion Week, and Italy has since been put on lockdown, with entire cities closing down—except for supermarkets and pharmacies—and people being urged to stay home as much as possible. Hospitals are overflowing to the streets, medical staff are coming out of retirement, and the graduation of nursing students is even being accelerated in order to harness as much assistance as possible. Armani’s donation of 1.2 million euros will aid a number of hospitals in Milan and Rome, as well as the country’s civil defense. The fashion house joined a long list of fashion industry leaders to support Italy’s fight against the virus, including Bvlgari, Versace, LMVH, Domenico Dolce and Stefano Gabbana.

This week, Naomi Campbell went viral, but not in the way you might think. The supermodel shared her air-travel hygiene routine during the pandemic, complete with a hazmat suit, mask and goggles—a look she managed to pull off pretty well—think Health Goth meets apocalypse chic. She followed up with a video showing the meticulous sanitisation of her airplane seat (AKA business class bed), which she mentions she does every time she gets on a flight. “Clean everything you touch, and anything that you could possibly touch,” she urges. “Everything.” Though someone should probably remind Campbell that coronavirus is airborne, and that any possible virus particles would be circulated through the plane during the entire flight, and her mask is about as useful as covering her face with a slice of white bread. Her hygiene practices, despite being slightly OTT, are nevertheless useful in helping to spread an infection of any kind. “I don’t care what people think of me,” she says in the video. “It’s my health and it makes me feel better.” Do you, Naomi.

A domino effect of cancellations has been felt throughout the fashion industry over the course of the past months, as Tokyo and Seoul Fashion Weeks have both been cancelled, as well as too many runways to count. Sporting events, concerts, even Berlin nightclubs waved their white flags and decided to hold off until a safer time. The Met Gala, however, has yet to back down and cancel this year’s event on May 4th, themed ‘About Time: Fashion and Duration,’ and ironically enough, the reason behind the refusal to cancel may be “about time.” The only day that the Met closes to the public (apart from Thanksgiving, Christmas and New Year’s Day) is the first Monday of May, meaning that the decision is based largely off their inability to move the event to another time. The Gala is one of the biggest and most exclusive and extravagant events on the cultural calendar, so it seems surprising that The Met would not cooperate to accommodate and encourage a change of date to ensure the safety of its attendees. “We are proceeding as planned and look forward to a wonderful evening,” stated Nancy Chilton, the chief external relations officer of the Costume Institute. “We will of course continue to keep a close eye on the situation.”