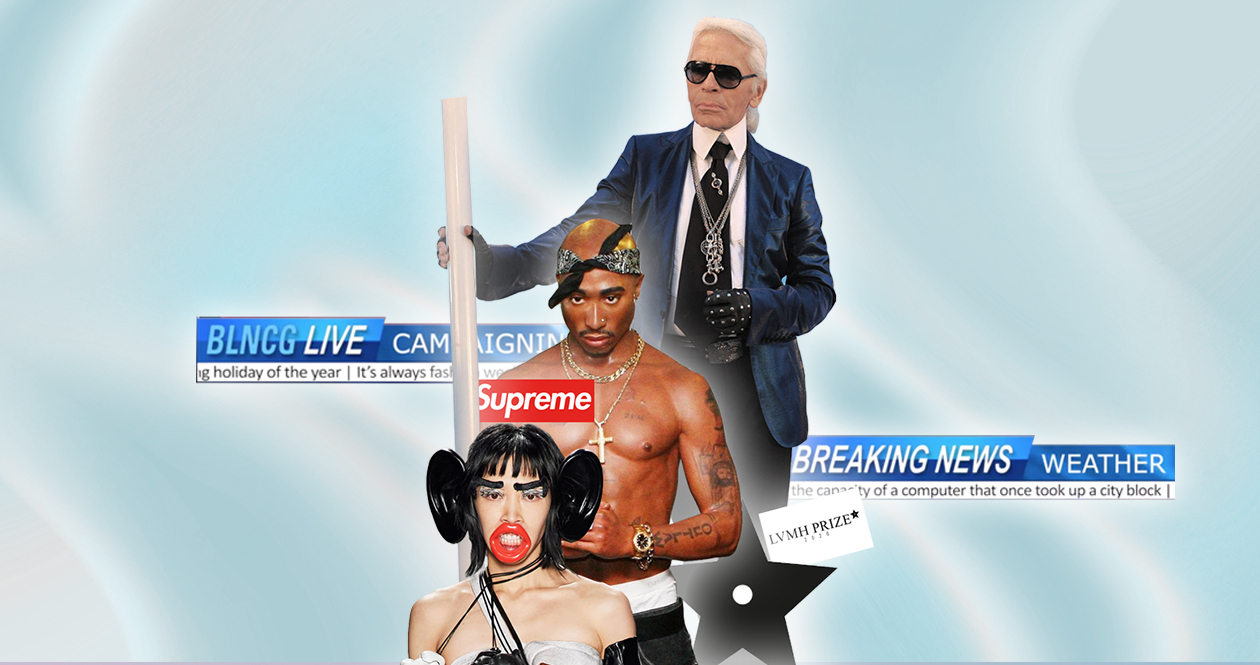 Dominating headlines this week were stories surrounding Stormy Daniels’ ex-lawyer, as he was found guilty for attempting to extort Nike for up to $25 million; and the world’s richest man, Jeff Bezos, pledged $10 billion to fight climate change—or was it to fight his terrible public image? It’s been a busy week, so courtesy of INDIE, here’s five things you might have missed in fashion.

1,700 applications from 110 different countries were submitted for the 2020 LVMH Prize for Young Fashion Designers, and the semi-finalists have been chosen. The 20 brands are in the running to win €300,000 along with a year of mentorship from LVMH—not to mention a much-coveted spot on the fashion industry’s radar. Among the selected brands are NYC duo AREA, British menswear label Ahluwalia, up-and-coming NYC designer Peter Do, and sustainable duo Rave Review from Sweden. Director and vice-president of the group, Delphine Arnault, commented on the semi-finalists’ shared vision on sustainable fashion, “all share an innovative vision, resolutely focused on the future, in terms of their research into new materials, use of bio-textiles or recycled fibres, concern for new artisanal techniques, and desire for local, reasoned production.” She went on to highlight the trend in designer collectives, as well as the equally split gender representation of the semi-finalists—14 women and 14 men—something which she said “[illustrates] in their own way the ongoing conversation between the male and female wardrobes, the breaking down of gender barriers and the emergence of a more inclusive mode of dressing.” The semi-finalists will present their designs in Paris next week to 68 panelists—including names like Gigi Hadid, Pat McGrath and Emmanuelle Alt—striving for a spot on the finalists’ list of just eight brands. The winner will be selected at the final event on June 5th, 2020 at the Foundation Louis Vuitton.

Another day, another “apology” attempt from the fashion industry for being blatantly racist. The Fashion Institute of Technology came under fire last week at NYFW when models were pressured to wear prosthetics which heavily resembled racist depictions of black people. The designer, Junkai Huang, had apparently intended to highlight “ugly features of the body”, and was supposedly unaware of the racist undertones because he is from China. Amy Lefevre—an African American model casted for the show—expressed her concerns and extreme discomfort regarding the accessories, but was allegedly told by the show’s producer Richard Thornn that “it’s only 45 seconds. It’s fine to feel uncomfortable for 45 seconds.” Lefevre refused to be intimidated and walked the show barefaced. FIT President Dr Joyce F. Brown has since issued a lengthy and almost believable apology on Instagram, mostly attributing the incident to an irresponsible oversight. Is it really an oversight if several students expressed their concern to a FIT professor the day before the show, only to be ignored? And is it really ever an oversight in this decade?

Fashion paid tribute to the titan of Chanel

February 19th marked one year since the passing of fashion legend, Karl Lagerfeld—best known for his role as creative director at both Chanel and Fendi for decades up until his death. Lagerfeld’s sudden death shook the world last year, as he had been privately fighting pancreatic cancer—a battle which he sadly lost. This week, the internet was flooded with photos and tributes to celebrate the German fashion icon’s life and legacy—from models and photographers, to designers and artists—the legend clearly touched the lives of many during his long career. The sweetest tribute, however, came from his beloved cat, Choupette, who was inherited by his former housekeeper following his death. “Dear daddy. It’s been a year since you’ve not been here, time flies so quickly… I learned to live with the weight of your absence, not a day goes by without me thinking of you, of us, of all those happy memories spent near to you.”

Tupac’s hologram made a Supreme comeback

Supreme took to Twitter to tease its latest collection which, unsurprisingly, seems to be made up of the famous red-and-white logo being stamped on anything and everything. This year sees Supreme Oreos, ponchos, Ziploc bags and Zippo lighters amongst larger brand collabs with Nike, New Era and many more—basically, business as usual for Supreme. That was until fans were surprised and divided by another digital revival of Tupac, eight years after Snoop Dogg and Dr. Dre performed alongside the late rapper’s hologram at the 2012 Coachella. The hologram was featured in a video teaser, with Tupac wearing Supreme boxers as he picks up the mic to perform ‘Hail Mary’, before cutting to the iconic logo. In a Tweet, the brand teased a t-shirt and a skateboard deck embellished with an image of the (in)famous hologram, possibly teasing a larger capsule collection appropriating Tupac’s existence—or lack thereof—a detail which left fans divided over ethics of profiting from a deceased artist.

Balenciaga‘s latest campaign video imagines a haunting dystopian future—as IRL headlines are currently being dominated by climate change, imminent world wars, and virus epidemics. The four-minute Summer 2020 campaign video acts as a creepy news broadcast from the future—complete with harrowing sound effects, distressing imagery, and Balenciaga-adorned deepfake models to bring your comfort levels to an all-time low. For those familiar with the work of Demna Gvasalia, the campaign should come as no surprise—the Georgian creative director behind Balenciaga is well-known for his avante-garde approach to his work, especially in terms of taking audiences out of their comfort zone—physically and metaphorically. Notably, his Spring 2020 show in Paris last year had audiences sitting in an all-blue, harshly lit room with the aircon on blizzard-mode for maximum discomfort. While the campaign video was a grim look into an entirely possible future, there’s one thing comforting about the campaign—the world will go down in style.