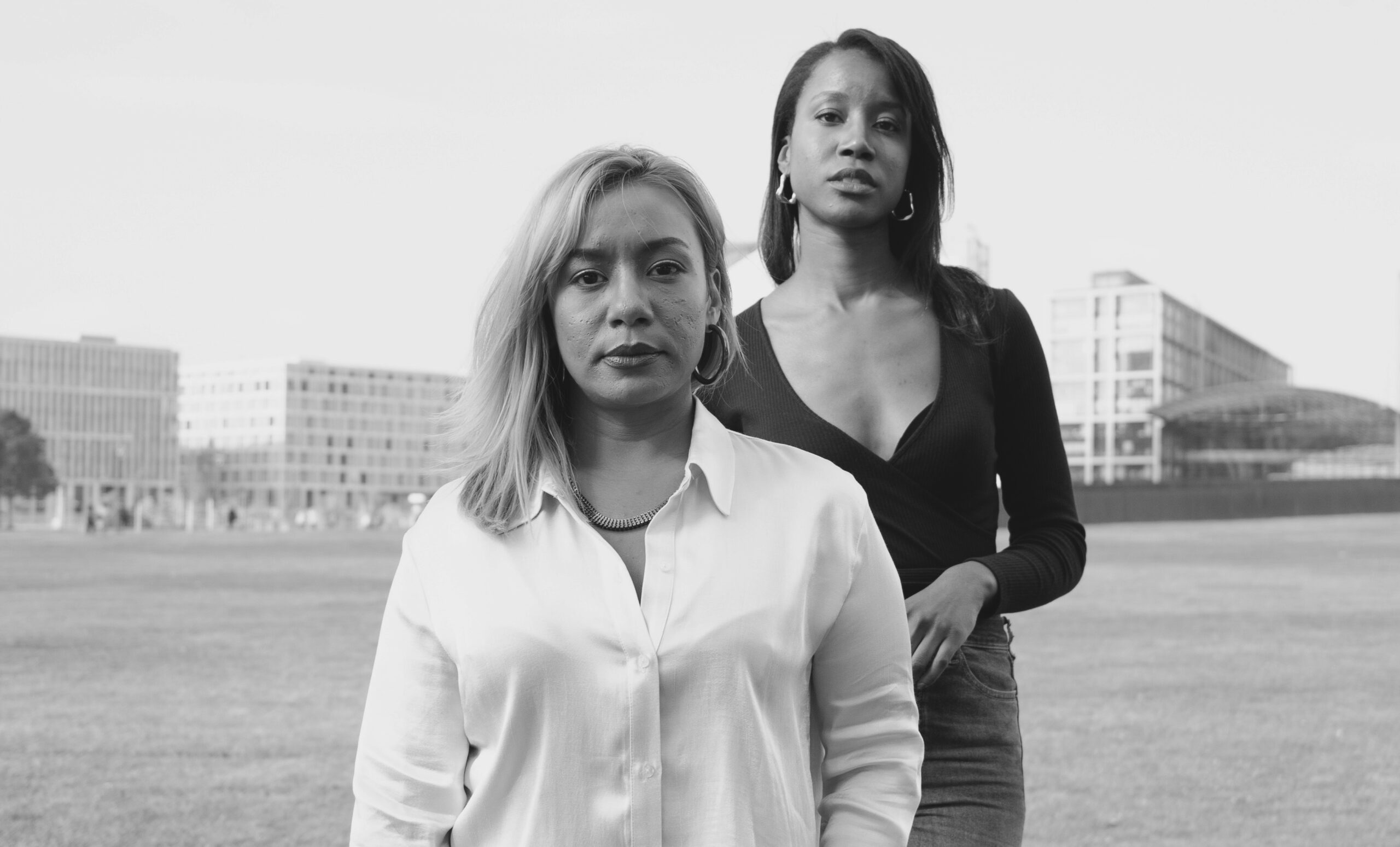 At the end of one of her poetry readings, Audre Lorde asked all the white women to leave the room and told all the Black women to remain until they’d spoken to at least one other person. That was in 1984, but it was prescient—25 years later, Lorde’s centring of solidarity is a guiding principle in the work of community endeavour Black Brown Berlin. “She’s my greatest inspiration,” says Rhea Ramjohn, poet, teacher, writer, performer, and one of the group’s founders. “Empowerment is a word that’s thrown around a lot, but for us it’s really about personal connection—it’s about being with someone, listening to them and saying ‘you got this, I’m here for you.’”

Despite the current halt on IRL events and in-person contact, Ramjohn, Chanel Knight and co-founder Femi Oyewole, are committed to the ongoing empowerment journey Black Brown Berlin began pre-pandemic. With a focus on amplifying, celebrating and strengthening the ties between their community, the collective aims to end the misconceived synonymy between Europe and whiteness, and combat the erasure of Black and Brown identity. “No one thinks of America as a ‘white continent’,” says Ramjohn, “but Europe is looked at that way and it’s such a false narrative. If we continue, even passively, to make jokes about this being a white continent—if we continue to support this narrative, we will always be othered.”

As Knight and Ramjohn are quick to point out, part of Germany’s present race problem lies in the whitewashing of its history—and a willingness to negate colonialism and slavery from German cultural memory. Germans enslaved Black people in the 1600s. Many of the country’s parks are marred by the history of their human zoos, where ‘exotic’ people were displayed in cages as a public spectacle. There was a point when Germany held the third biggest colonial empire in the world; controlling parts of the countries now known as Burundi, Rwanda, Tanzania, Namibia, Cameroon, Gabon, Congo, Central African Republic, Chad, Nigeria, Togo, Ghana, and New Guinea, as well as several islands in Micronesia. The first genocide of the 20th century was committed by Germany against the Herero people of Namibia (then German Southwest Africa) in 1904, with an estimated 65,000 people killed. It took the German government 100 years to acknowledge the massacre and issue an apology in 2004.

“The truth is, we’ve always been here,” Ramjohn explains, “but Black history isn’t taught. I still see people in Facebook groups asking ‘are there any Black people in Germany?’” This lack of awareness is troubling, but Black Brown Berlin’s answer to that question is simple: “We are here,” and it’s a sentiment that underpins all that Black Brown Berlin do. It’s the name of Knight’s ongoing portrait series with photographer Calah Paula Toussaint Amat, which spotlights individual stories from within the community. “By making ourselves and our communities visible, we hope people will stop treating Black and Brown folks as if they just arrived here five years ago with the refugee crisis.”

Black Brown Berlin was established in 2018, but it’s grown exponentially in the wake of the racial reckoning catalysed by George Floyd’s death in May last year. “We’ve been seeing more people questioning themselves and their actions,” explains Knight, “from where their energy goes, to where their time is spent, to where they put their money.” As the notions of “reparations” and “Buying Black” swept social media, BBB witnessed a wave of attention on its directory of Black- and Brown-owned businesses in Berlin and a sudden uptake in interest on anti-discrimination workshops—something Ramjohn has specialised in for over 10 years. “It’s terrible that it had to take off under such tragic circumstances,” she admits, “but deep in my heart I always knew if we had just one client invested in doing this work, it would spread.”

Since then, Black Brown Berlin has branched out, partnering with the likes of intersectional co-working space BIWOC* Rising and conceptualising a poem and stirring short film about Black identity for cultural institution HKW. As a non-German team, Knight and Oyewole (from London) and Ramjohn (from Trinidad & Tobago via Boston) are conscious of making their outreach work as accessible and inclusive as possible, and 2021 will mean more German resources and expanding upon their already-existing partnerships with organisations like AfroPolitan. Through job-seekers newsletters, and expanding editorial content, including an upcoming show on Refugee Radio and an interview series Dire-Logues, the collective continues to connect, uplift and amplify Berlin’s BIPOC community.

“We want to explore the Black and Brown experience away from the lens of trauma” Ramjohn explains. “Someone once said, ‘shine your light so that others can find their way’, and I found that so beautiful. We’re shining a light on excellence, beauty, and accomplishments in the community. It’s about being political through joy.”