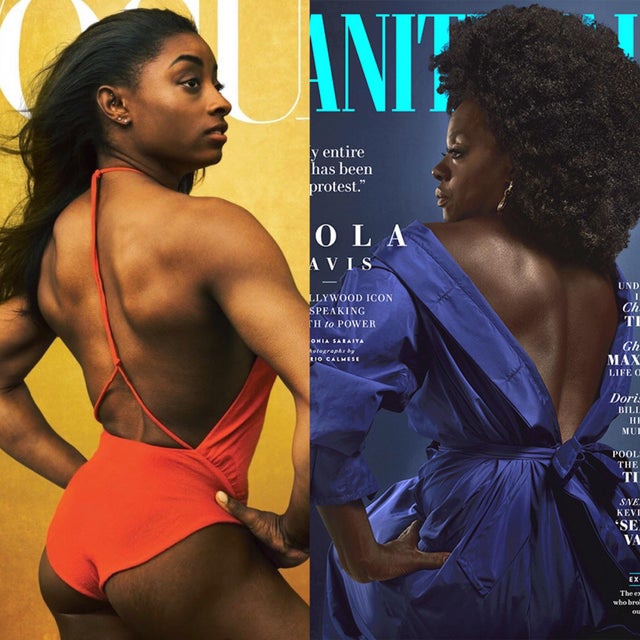 At the 2017 Emmy Awards, Insecure creator Issa Rae said she was “rooting for everybody Black”. It was the Emmy red carpet debut for the star after a blistering year that ushered her into the limelight, but it was this statement that went viral. From icons like Cicely Tyson to recent stars like Zendaya Coleman—Black superstars are a source of inspiration for ordinary Black folk, and in a sea of white actors, Rae’s words echoed this wider-felt sentiment. Their voices and vibrance help us grow from the pain of our collective histories and their successes feel tethered to ours as a whole—their success is our success.

But the Black/white race binary does little to ascertain some of the more complicated aspects of our race’s lived experience. As race continues to envelop us, especially after the Black trauma witnessed and felt in 2020, it’s ushered in a wave of more complex concepts that aren’t, ironically, present to the naked eye.

One is colourism—a term that might be familiar, but isn’t felt by all Black people. It’s defined as a prejudice or discrimination towards those who have a darker skin tone. Like racism, its grip is unyielding, but colourism has a very specific impact, manifesting as a form of internalised racism amongst Black people and other beneficiaries of white imperialism’s cunning and nefarious tenets.

To understand its impact in western popular culture specifically, we have to go back to the Antebellum South, where the systematic rape of enslaved Black women at their hands of their white owners brought about a new light skinned “tier” of the Black identity.

In Spike Lee’s 1992 film Malcolm X, there is a scene that recalls the western dictionary definitions of black and white, and how this projects racism. White, like white people, means  “pure” and “innocent” while black, like Black people, means “wicked”, “hostile” and “foul.”

Though having “one drop” of Black blood legally determined a person a slave in the Antebellum South, light-skinned Black people were considered proximal to the purity of whiteness, by definition, and therefore uniquely privy to some of its racial advantages. A sick logic formed from this: light-skinned people’s whiteness, even though it was the result of sustained sexual trauma, became a totem of superiority within the Black community itself—and a source of interracial tension.

Fast forward hundreds of years and the tension is still strong. Fair skinned girls are treated as ornaments to protect, owing to their purity and fragility. Their skin reflects light, creating a glow around them; their hair has joyous choreographed movement in the wind. Us dark girls are rougher, treated like we’re unbreakable, light shuns our darkness, and our hair is static and graceless.

From the slow Europeanisation of the Jackson family, marked by increasingly pointed noses and lighter complexions, to The Fresh Prince of Bel-Air’s Aunt Viv being suddenly switched from dark-skinned actress Janet Hubert to light-skinned Phylicia Rashad, colourism is an issue that plagues all aspects of pop culture—pandering to a physicality that’s deemed more palatable for a white audience.

In neo-R&B, ‘racial ambiguity’ is a trend that platforms and pushes artists like Celeste, Mabel, Raye and Ella Mai over equally talented artists like NAO and RAY BLK. Our two biggest female superstars are Beyonce and Rihanna, both fair-skinned and light-eyed women. Would their sexuality have been received as kindly if they were dark, or would it have been deemed aggressive and excessive or even difficult?

And even as media representation attempts to improve, the structural implications of colourism are glaringly apparent. Vogue’s June 2020 cover featuring gymnast Simone Biles was a huge step forward in platforming dark-skinned women, but was met with controversy for Annie Leobowitz’s inability to properly photograph and treat dark skin. If even legendary photographers like Leobowitz are lacking in these skills, then what can be expected from the other acclaimed white photographers who dominate the industry? Do they shy away from photographing dark skinned Black talent because it exposes their inexperience?

What we need is more dark-skinned Black women on the cover of magazines, photographed in ways that accentuate their pure, unretouched beauty; covers that capture their light. While drawing some controversy, Viola Davis’ Vanity Fair July 2020 cover is a case in point. Crucially shot by a Black photographer, the backdrop is a regal blue but her dark skin isn’t washed out. Rather, it’s a contrast that works to reflect the light within her.

We need more like Beyonce’s ‘Formation’, which uses Black regal imagery and lyrics directed to uniquely African beauty: “I like my baby heir with baby hair and afros, I like my negro nose with Jackson Five nostrils”. We need ‘Brown Skinned Girl’, which highlights the beauty of darker skin. We need dark-skinned artists like Ivorian Doll and Bree Runway getting recognition of their virtue, in spite of their skin tone, both in the UK and the United States.

The new crop of young Black Hollywood, fronted by the light-skinned faces of Zendaya, Storm Reid and Yara Shahidi, are vocal and eloquent, and rightfully using their voices to speak up about the biases that exist in their profession.  “I’m Hollywood’s acceptable version of a Black woman”, Zendaya told an interviewer at BeautyConNYC, “and it’s important that I’m using my privilege, my platform, to show you how much beauty there is in the African-American community.” As a young Hollywood patron, her allyship and influence is important in encouraging a diversity of skin tones in the future of Hollywood.

Just this week, Lupita Nyong’o announced that her children’s book Sulwe, which tells the story of a dark girl who wishes to be white, is being adapted for a Netflix animated musical. Sulwe is targeted towards the young Black children of the future who are taught to feel that they aren’t beautiful, and eventually internalise this self-hate. If corporations like Netflix turn their attention towards young people and help them recognise their beauty early on, we can dispel insecurities and impact effectual change.

Tackling colourism is key to our fight against anti-Black racism. We are not only rooting for everyone Black—but for every type of Black.