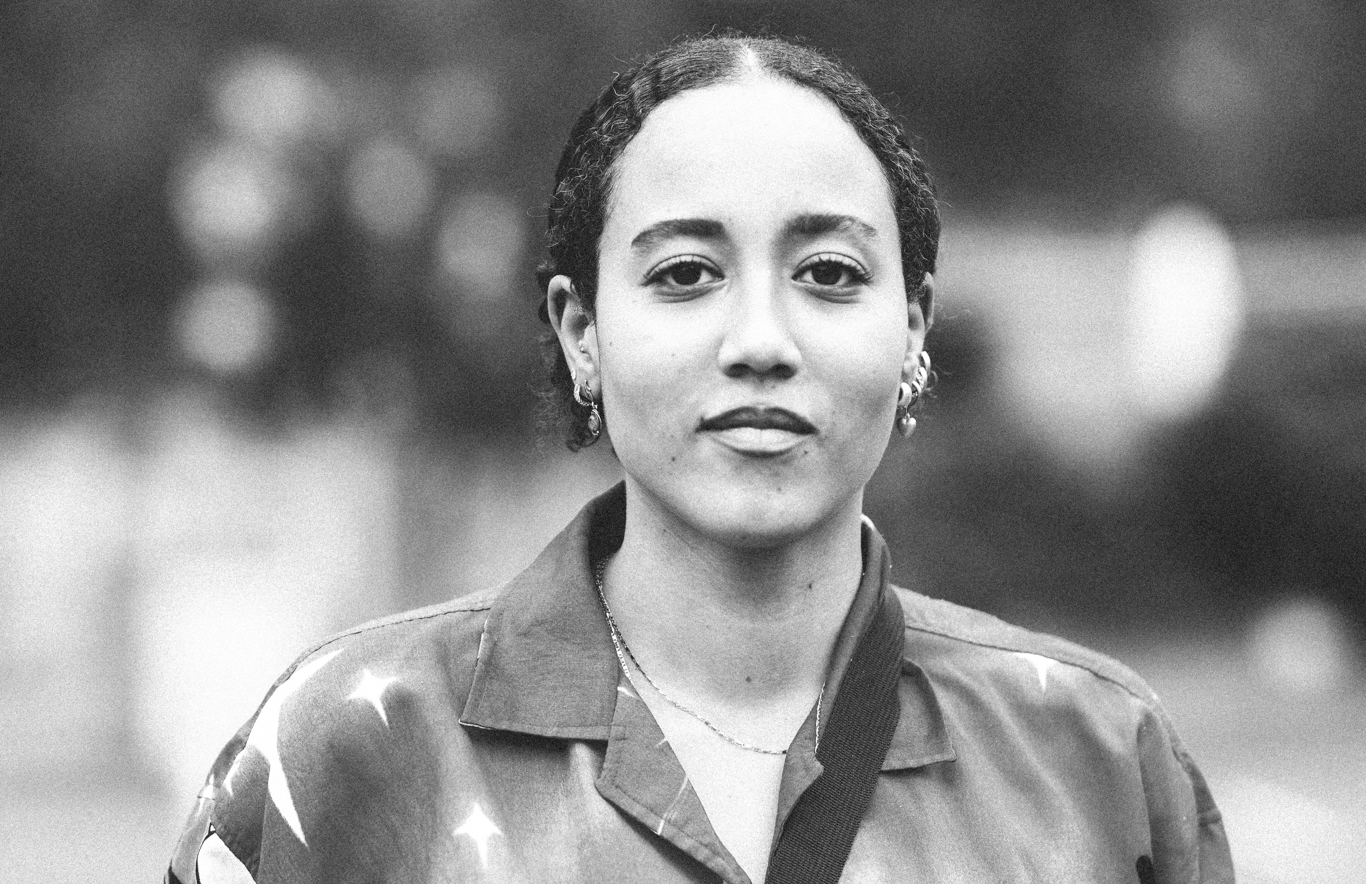 ‘WE ARE HERE’: THE PHOTO SERIES CELEBRATING BLACK AND BROWN BERLINERS

Berlin is a city whose reputation precedes it. It’s known for unparalleled parties, dirt cheap rent, and an ‘arm aber sexy’ spirit—and, increasingly, it’s posited as a kind of multicultural melting pot—a European paradigm for diversity. But Berlin’s multiculturalism is effectively unmeasured. Thanks to Germany’s decision not to collect data on the ethnic groups that populate it, marginalised communities are rendered all but invisible—meaning members of its Black and Brown communities are too often sidelined. While London and New York can quantify their populations with percentages, Berlin’s “multi-kulti” reputation is just that: A reputation. Its actual demographics are still a guessing game.

“[We] need to have more consistent representation of Black and Brown people in the city,” explains Chanel Knight of Black Brown Berlin, explaining the inspiration behind the organisation’s latest project. We Are Here is the photo series aiming to shed light on the same communities being dismissed and neglected by such a system. “[It’s about] going beyond the surface and giving the individual a voice to express their unique thoughts, feelings and experiences. That collectively tells a very similar story of what it truly means to be Black in this city, and in many alike.”

Following its ongoing endeavour to put Black and Brown-owned businesses—quite literally—on the map, this latest project from Black Brown Berlin is an effort not only to spotlight, but give voice to members of Berlin’s diasporic population. Together with photographer Calah Paula Toussaint Amat, We Are Here sees Knight approach people on the streets of the city, and ask what being Black and Brown in Berlin means for them. The result is an honest insight into the lives and thoughts of Berlin’s BIPOC community. 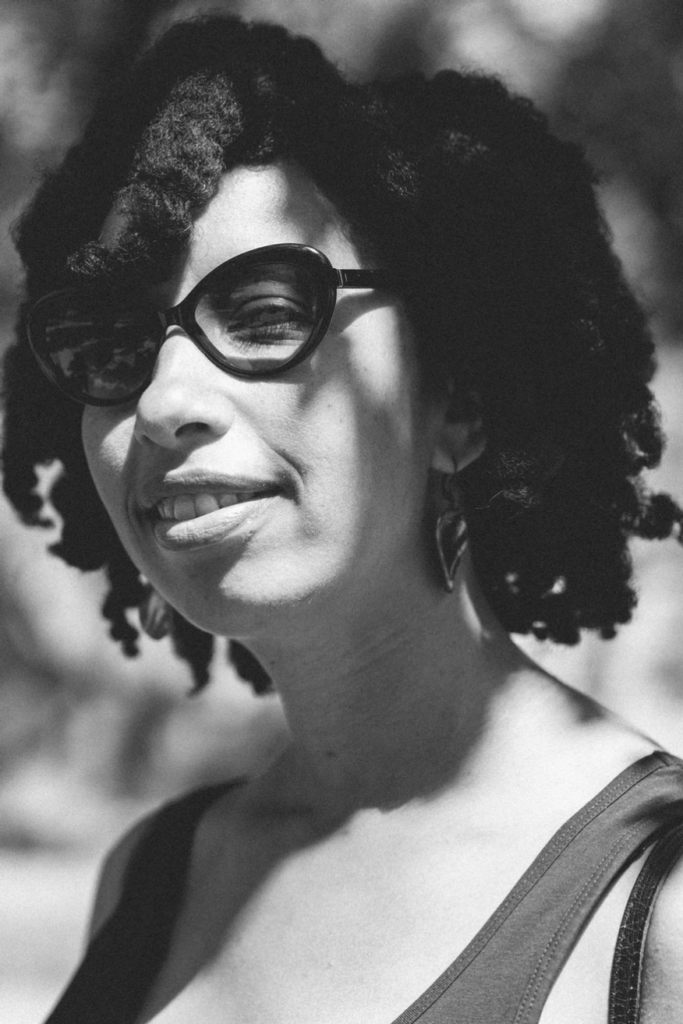 What does We Are Here mean to you?
“Not only are people of colour here, but we have been here, existing in the fabric of this society for longer than history book narratives may care to make mention of. Those of us who have recently moved to Berlin are but a continuation of a multifaceted narrative of migration and post-migration. In a place where our presence is all too often subjected to scrutiny, ‘We are here’ is an unapologetic affirmation of our continued existence here.”⁠⠀ 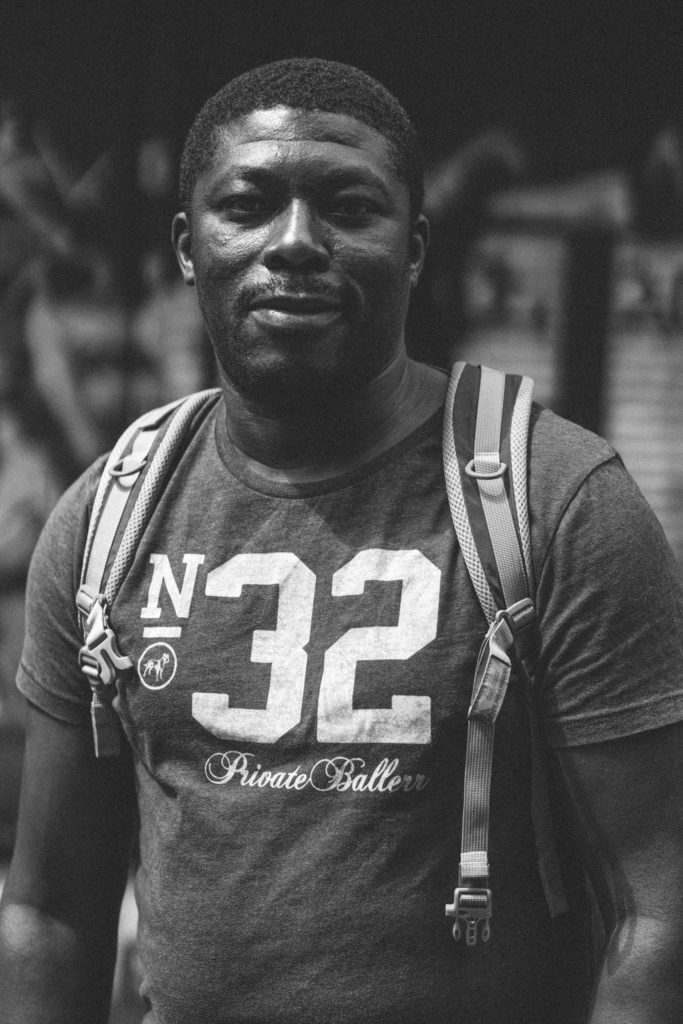 What does We Are Here mean to you?

“I’ve worked here for almost a year, and it’s really not the same compared to the UK. I got a job… and I was the only Black person there—it’s always an issue. I didn’t speak [German] and everybody spoke [German] there… we started having problems and then I decided to leave the job. So I think in terms of relationships with people who are not originally from here…it’s really difficult for a lot of people to accept you. It would be nice that people know that, you know, we are here!”* 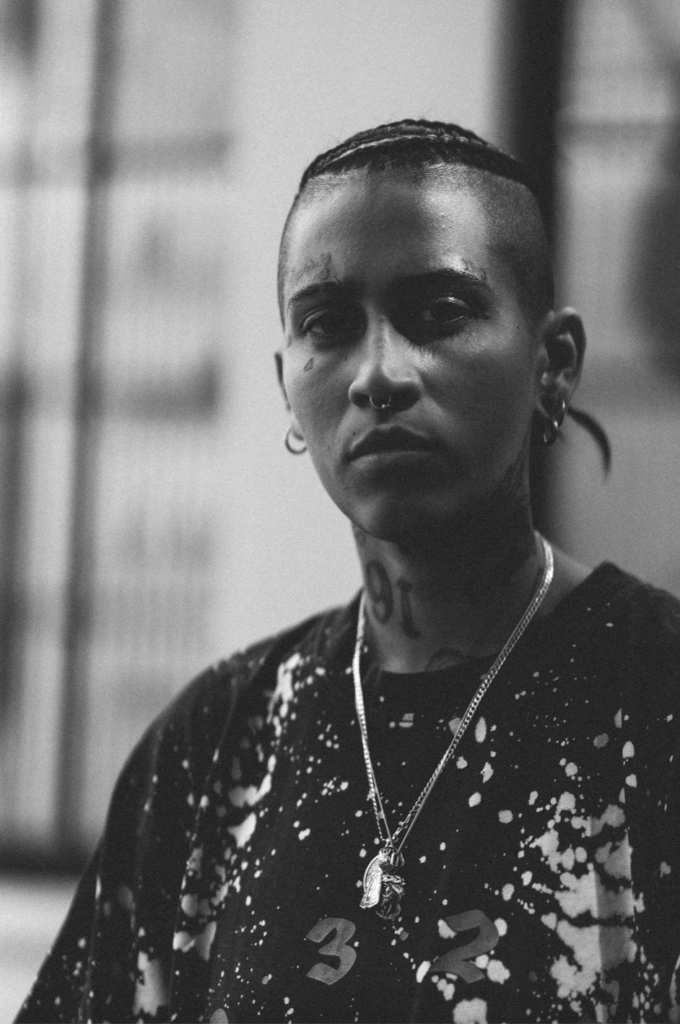 What does We Are Here mean to you?

“For me it [meant] going to Berlin, more to study kind of, to learn something that I didn’t have in Hamburg, because here you have a lot more options and opportunities. It’s very “multi-kulti”, it’s very cultural and I think I look different, not only my skin colour but also like the way that I am, and I thought here’s more space for me than in other cities.”* 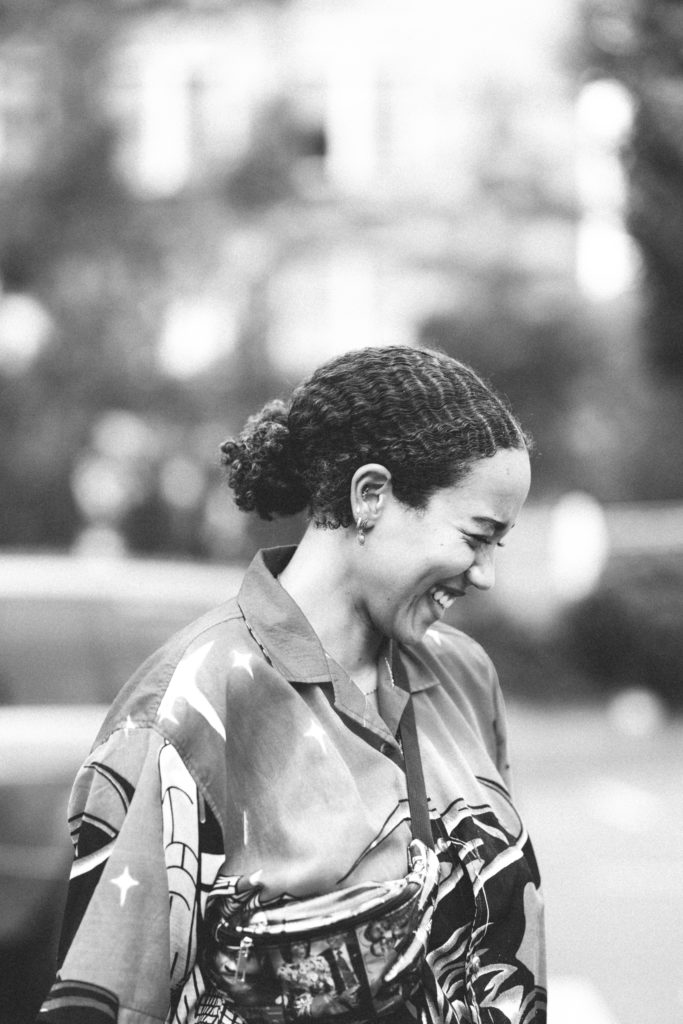 How has the last month been? ⁠
⁠
“I think the best word is bittersweet. It’s obviously bitter, I think being Black is bittersweet. It’s a lot of bitter because everything that is happening is not new for us, it’s new to people who have power, maybe a little bit more. And it’s sweet because it creates these spaces, I meet other Black people, I feel so much love at the moment, I feel a lot of love and when I mean love I mean Black love.”*