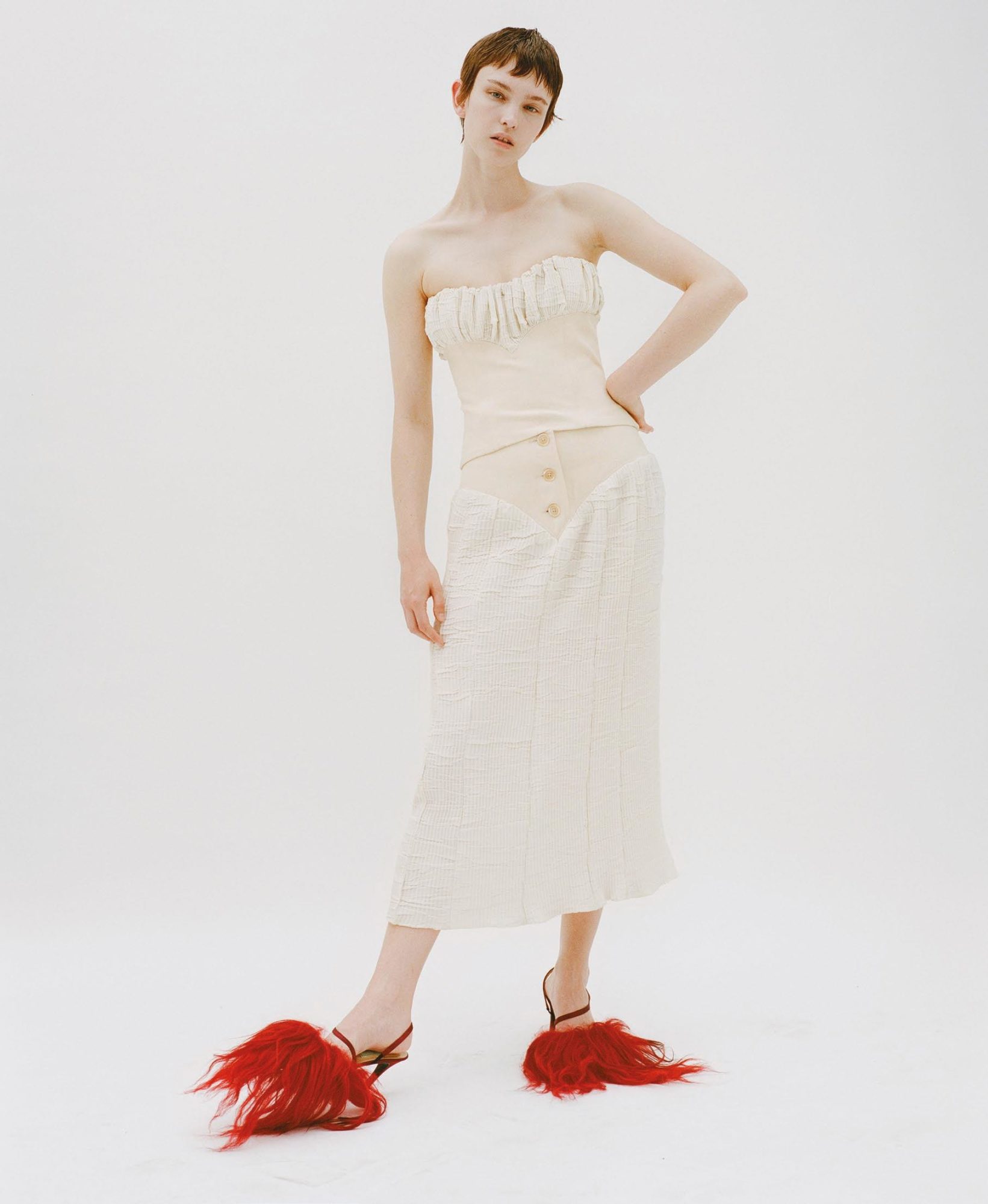 RENAISSANCE IS THE BEIRUT BRAND BUILT TO RESIST

Renaissance’s name could hardly be more fitting. Translating to ‘rebirth’ or ‘revival,’ the noun describes an embrace of previous aesthetics, particularly those of the antique. For Cynthia Merhej it meant following in the footsteps of her great-grandmother who founded a couture atelier in the ‘20s. About 100 years later, Merhej decided to launch her own brand. She is working out of that same atelier in Beirut, which is now overseen by her mother. “Notions of quality, craftsmanship and detail are instilled in me—that’s my DNA,” Merhej says of her approach to heritage. “Having grown up around female couture designers ingrained that in me as being true luxury.”

The brand’s aesthetic is built on a distinct exploration of opposites—baroque and sex, control and freedom—and precisely this cultivation of craftsmanship. “I would like to see a return to making, not producing,” the designer explains. “And most importantly: trying, even when there is no blueprint. I had to find my own path into fashion rather than follow anything that was already preconceived.” Having studied visual communication at the Royal College of Art and Central Saint Martins in London before returning to Lebanon in 2016 to establish Renaissance, Merhej never had a formal fashion education but learned cutting and sewing by assisting in her mother’s atelier.

Given this intimate immediate surrounding as well as the one outside the atelier’s doors, it’s no surprise that Merhej’s main goal for the brand is to resist. “Being from this region of the world, everything is political and it’s constantly about pushing or fighting for change,” she says. “Having been part of constant revolutions, political upheaval, and instability, I have become hyperaware of how real change happens. I don’t see pushing for these changes as a responsibility; it’s just naturally a part of me.”