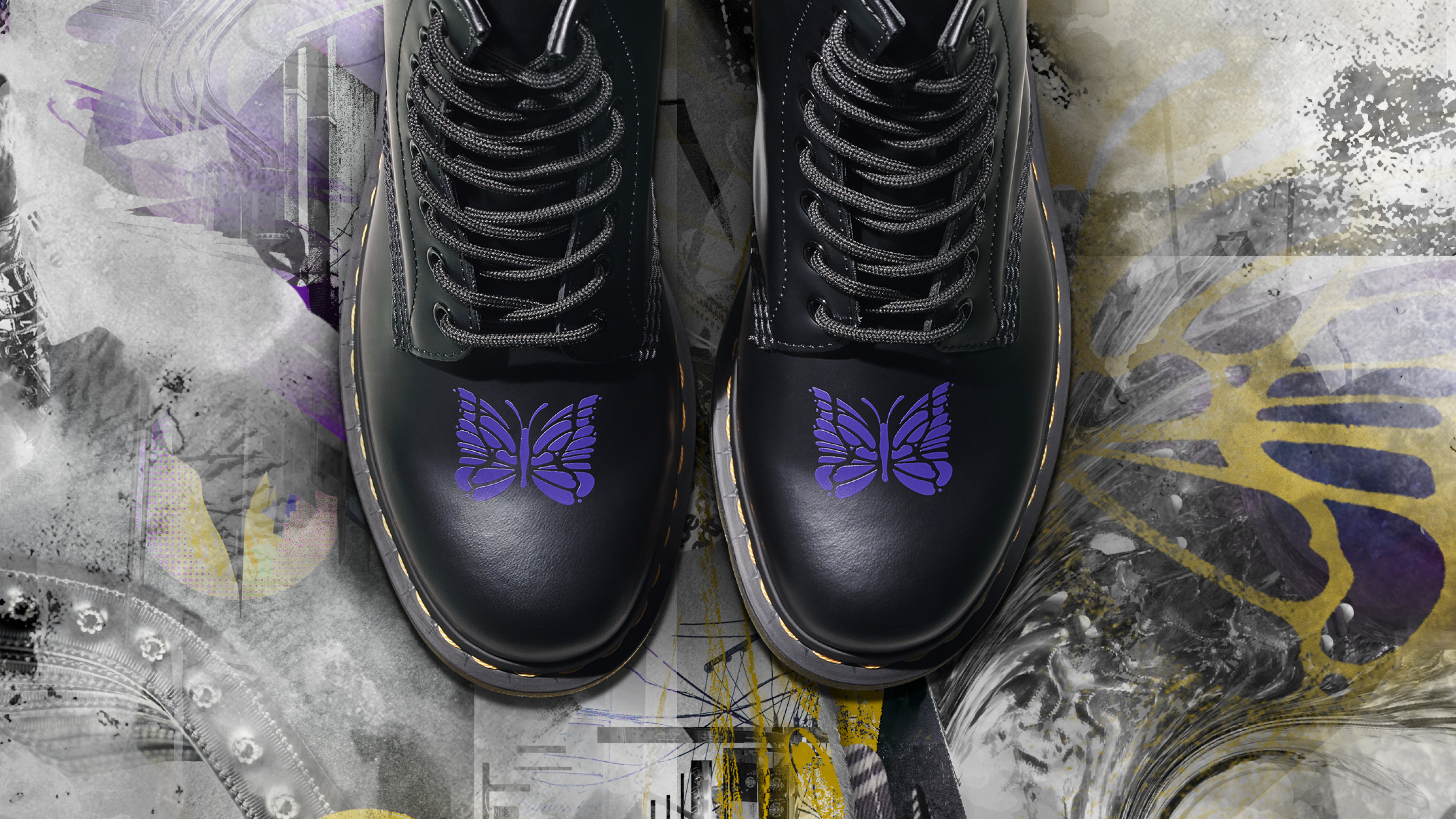 In the six decades since Dr. Martens created its first boot, it has become the unofficial uniform of ravers, rebellion and everything in-between. Beginning as a workwear staple—the prototype of ‘suited-and-booted’ postmen and construction workers—docs have been adopted by seemingly every kind of subculture out there. From British punks of the ’70s to grungers in ’90s Seattle, Dr. Martens boots are a fashion staple that have been shaped by those who’ve chosen to wear it.

This year, as an ode to its ongoing and ever-changing legacy, the humble footwear brand is conceiving 12 exclusive collaborations—one for every month of 2020—to mark the anniversary of its creation. This month brings the eighth instalment, seeing cult Japanese brand Needles reenvision the classic 1460 boot in its own aesthetic vision. It’s a solid example of what happens when two icons unite: on the one hand Needles’ head honcho, Keizo Shimizu, a key player in Japan’s streetwear scene, on the other, Dr. Martens’ most signature style.

And Shimizu’s affiliation to the Dr. Martens’ brand runs deep. A lifelong DM fan, the Japanese fashion designer also echoes many of the principles the British boot purveyor has stayed strong to over the years with his practical, military-inspired approach to design. This exclusive collab, borrows the purple stripe motif of Needles’ most coveted tracksuits—something that’s been with the brand since the beginning—as well as its trademark ‘Papillon’ butterfly motif. Bringing the past into the present, the collaboration stays true to both brand’s roots, uniting the best of both worlds.

The collection drops 22.08 and will be available at Dr. Martens and select partners.