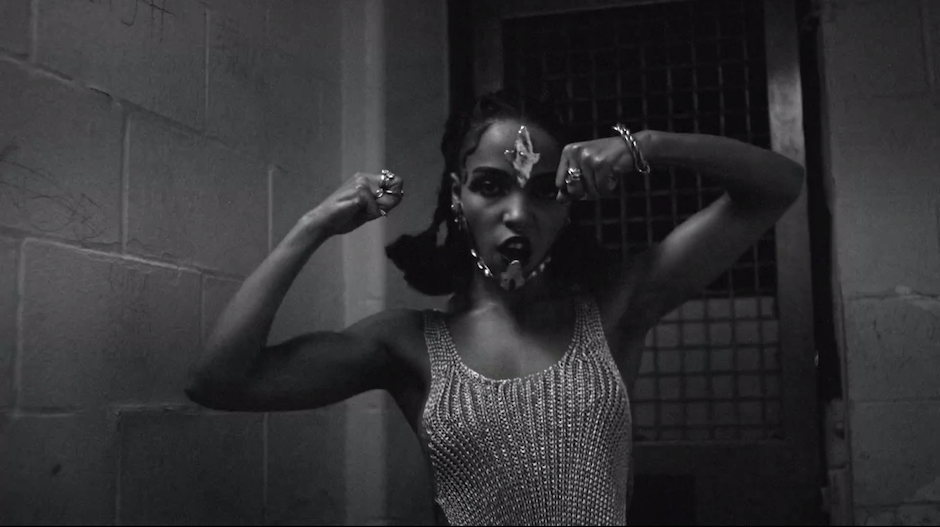 Once hunted, trialled, even slaughtered, the witch has—for centuries—been one of the most controversial and cross-continentally consistent figures in ancient mythology, medieval folklore and contemporary pop culture. Satan’s supposed earth-bound disciple, the witch wielded magic, brewed potions and deceived human kind, all of which left her with little adoration amongst Christian peers. While, as we’ve learned from INDIE’s Dark Issue, the witch has also been interpreted as a helping hand to God, a healer, particularly in Eastern Europe, the ambivalent mystique that is she remains an obscure phenomenon. Occult-symbolism, the metaphysical and feminine power being the witch’s key-attributes, it is no surprise that we find her referenced across all forms of media and entertainment, with Netflix-hit “Chilling Adventures of Sabrina“, Lana Del Rey cursing Trump or Stevie Nicks’ “Rhiannon”-era fashions making a comeback constituting only a fraction of today’s infatuation with the age-old heroine slash villainess.

(Super-)naturally, themes surrounding or explicitly engaging with witches can be found all over music, with the titular Witch House genre protruding as the most literal tribute. Angst-inducing basses, hissing synths and samples of rattling shackles or melodically dishevelled cathedral chants come together in harmony and disharmony, alluding almost cheesily to the dark and ghostly nature of the style’s namesake. The birth of the witch house term took place in New York City’s late 2000’s club scene, most notably by the hands of DJ Travis Egedy (alias Pictureplane) and his friends. Used rather unofficially to describe the sound of his most recent work at the time, his wording and the sound he meant to be described through it would quickly inspire more than a handful of inherently witch house-devoted acts, some of whom even went as far as to create their entire artistic practice around the musical allegory. Nevertheless, artists like Salem, CRIM3S or Sidewalks and Skeletons would (intentionally or not) keep low-profile, the genre evolving into more of a scene laced with creepy, otherworldly aesthetics, with some of its partakers so keen on keeping things under the radar that they’d purposefully write stage names in Unicode symbols (e.g. Glass Teeth stylised as GL▲SS †33†H) to prevent outsiders from “intruding” by way of Google Search.

However, it’s not so much the cast of subtle self-mockery-conducting people with obviously displayed “ties” to the underworld that have us enchanted, but more so the the fine few that have chosen to share their book of spells with us mortals. Crystal Castles, a Canadian duo whose original line-up consisted of the blessing that is Alice Glass and producer Ethan Kath—the latter still performs under the name, having since replaced Glass with Edith Frances—come to mind as the most prominent, successful adopters of the genre. While knowing what we know now about the horrors that went on backstage, the band’s take on music was somewhat revolutionary, the fact that it made it to mainstream audiences seeming just as bizarre as the sound of it itself. Three albums of choppy beats, chilling howls and haunting, at times very political lyrics manifested Crystal Castles’ place in music history, as truly one-of-a-kind, leading-edge and tragic artists.

Another example of, say, more polished adaptions of the genre at hand is some of Grimes’ early work. At the time still a guilty pleasure of Montreal’s avant-garde nightlife, Claire Boucher’s 2011 beginnings are ethereal, whispery and hypnotising microverses of gloomy, fluid synth perfection, undoubtedly possessed by Witch House’s then-looming height of popularity. As is the case with everything new and out-of-the-ordinary, though, the genre attracted attention from even bigger Pop and R&B performers—some more, some less experimental—such as FKA Twigs, Banks or Azealia Banks.

That being said, by now it will have become quite clear that it’s not just the traits of a witch herself, her subversive existence, her uncanny magnetism and anti-patriarchal appeal with which she’s enthralled us and teleported herself into everything from TV to written word to Social Justice Movements. It’s also the fantasy world we believe her to stem from that has since taken shape as an entire soundscape and thus become a space to creatively explore tendencies above and beyond our regular perception of a material world—a world we, now more than ever, may wish to perform a hex on every now and then.