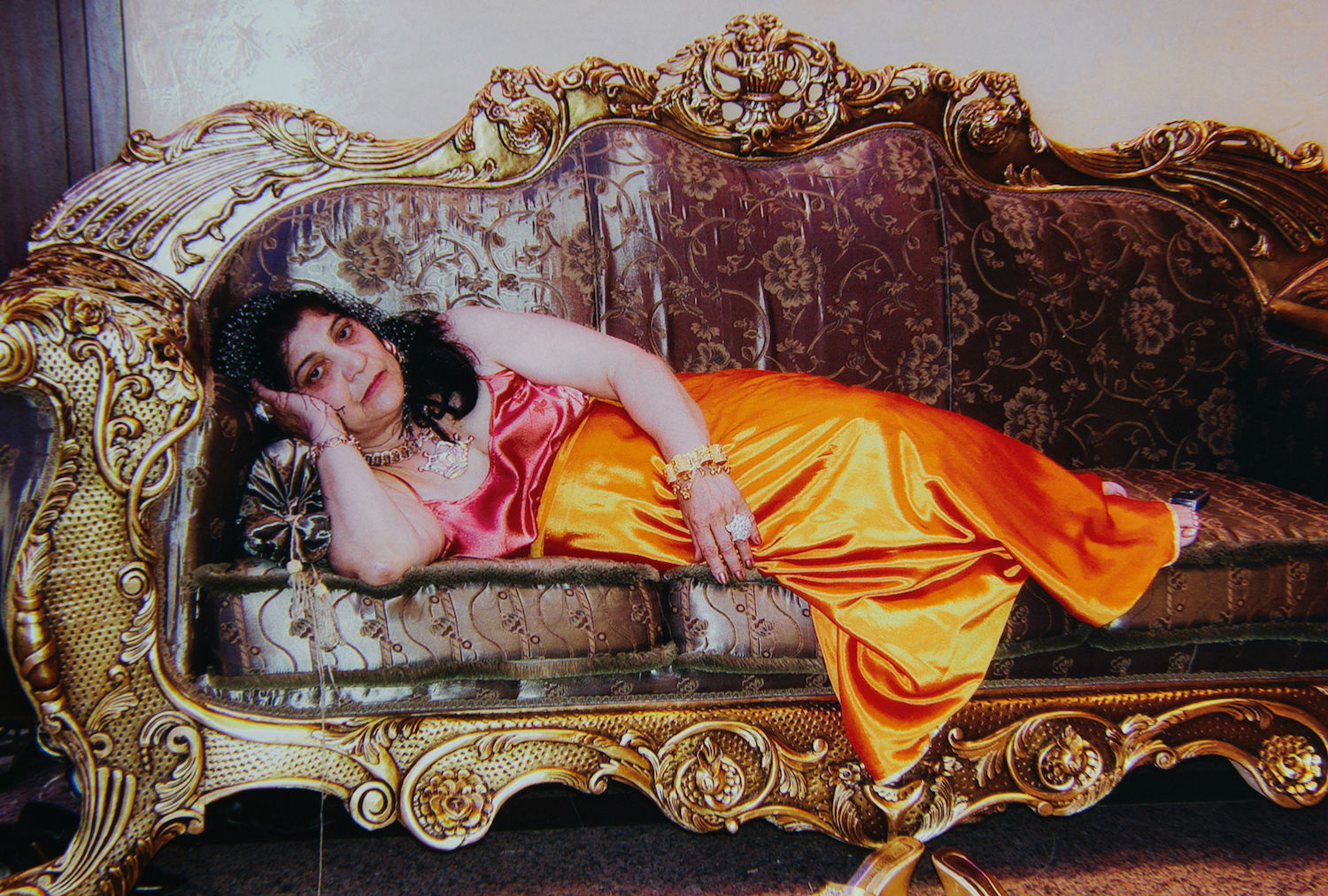 WITCHES OF THE EAST: VRĂJITOARE AND THE BUSINESS OF SELLING HOPE

On a quest to unmask the enigma that veils Eastern European women posing as witches, fortunetellers and palm readers, photographer Lucia Sekerková Bláhová and ethnologist Ivana Šusterová scope Romania for Roma culture, the supernatural and the business of selling hope.

“Your hard work will be rewarded by great success. You’re a fighter who always wins! You hate people telling you what to do and how to behave. Your boyfriend’s heart beats solely for you but you’re just testing him to see if he’s really The One. You always smile, but in your eyes, I see your sorrow deep inside and it will get more genuine, as soon as the death of someone close to you occurs.” These are the words Roma witch Loventa directs towards photographer Lucia Sekerková Bláhová during a reading.

Magic and the belief in powers that go beyond the rationally explainable have, for the longest time, formed part of pop culture and accompanied religious cults and fantasy media alike. For centuries, humans have been obsessed with the idea that there might just be more to our abilities than the strictly physical. Sorcery, clairvoyance and the knowledge to cast spells and brew love potions are few of many so called “gifts” a vrăjitoare — the Romanian word for “witch” — possesses. As Roma folklore has it, God once determined there would be three mortal helpers to assist his cause and guide people to health and happiness: a doctor, a priest and a witch. The witches obtain their craft through inheritance, passed through families’ generations of chosen ones, and there is no way of gaining or training these talents by sheer willpower. 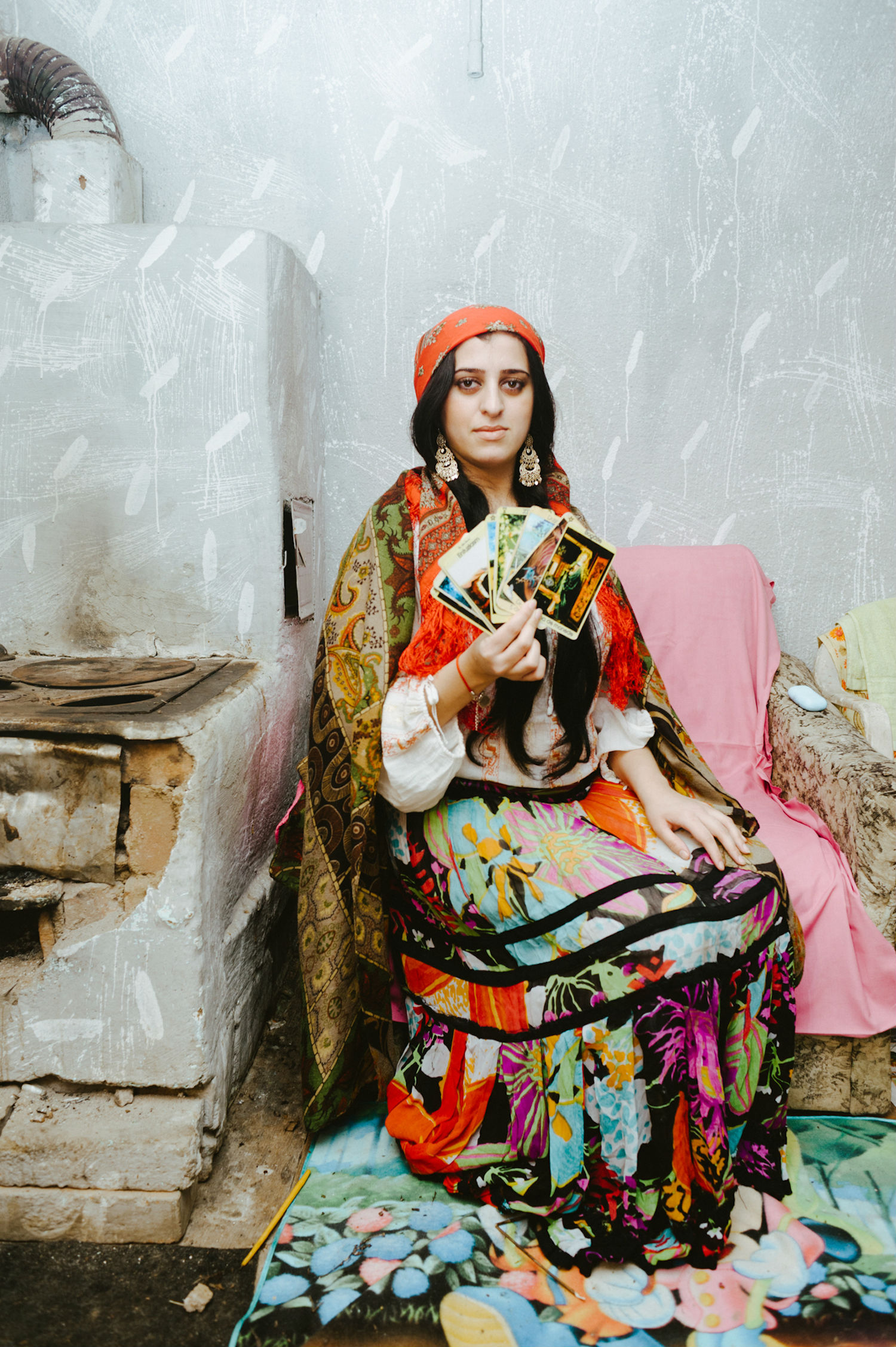 However, to further understand the controversial life and practice of vrăjitoare, one must become familiar with the cultural origins that surround the mystique of Bucharest’s enchantresses. The witches’ ancient backstory emerges from rituals rooted in “gypsy culture”, nowadays more commonly referred to as Roma, given the often-tainted associations made with the term “gypsy”. While the lack of three-dimensional evidence and varying hearsay-tales complicate the act of tracing the birthplace of Romas, most hypotheses suggest that the groups formed and travelled from Northern India around the 14th century, spreading into western civilisations in Europe and the Americas over the course of many decades. Known for taking their close-knit family dynamics and traditions very seriously, their customs are non-transparent to bystanders, their notoriety for seldomly setting up permanent camp anywhere only adding to this ambiguous lifestyle.

What is clear, though, is the heavily patriarchal structure implemented within Roma households. Males set the rules that females are forced to abide by, ranging from marital arrangements to curfew. If a woman loses her virginity illegitimately, it decreases her social value, whereas becoming a young mother to many children as a means to support the strength and growth of the clan is considered aspirational, necessary even, to fulfil the duties of womanhood. With that in mind, it seems as though the exclusively female, God-given privilege to be a vrăjitoare is the only autonomy granted to the culturally inferior Roma woman. 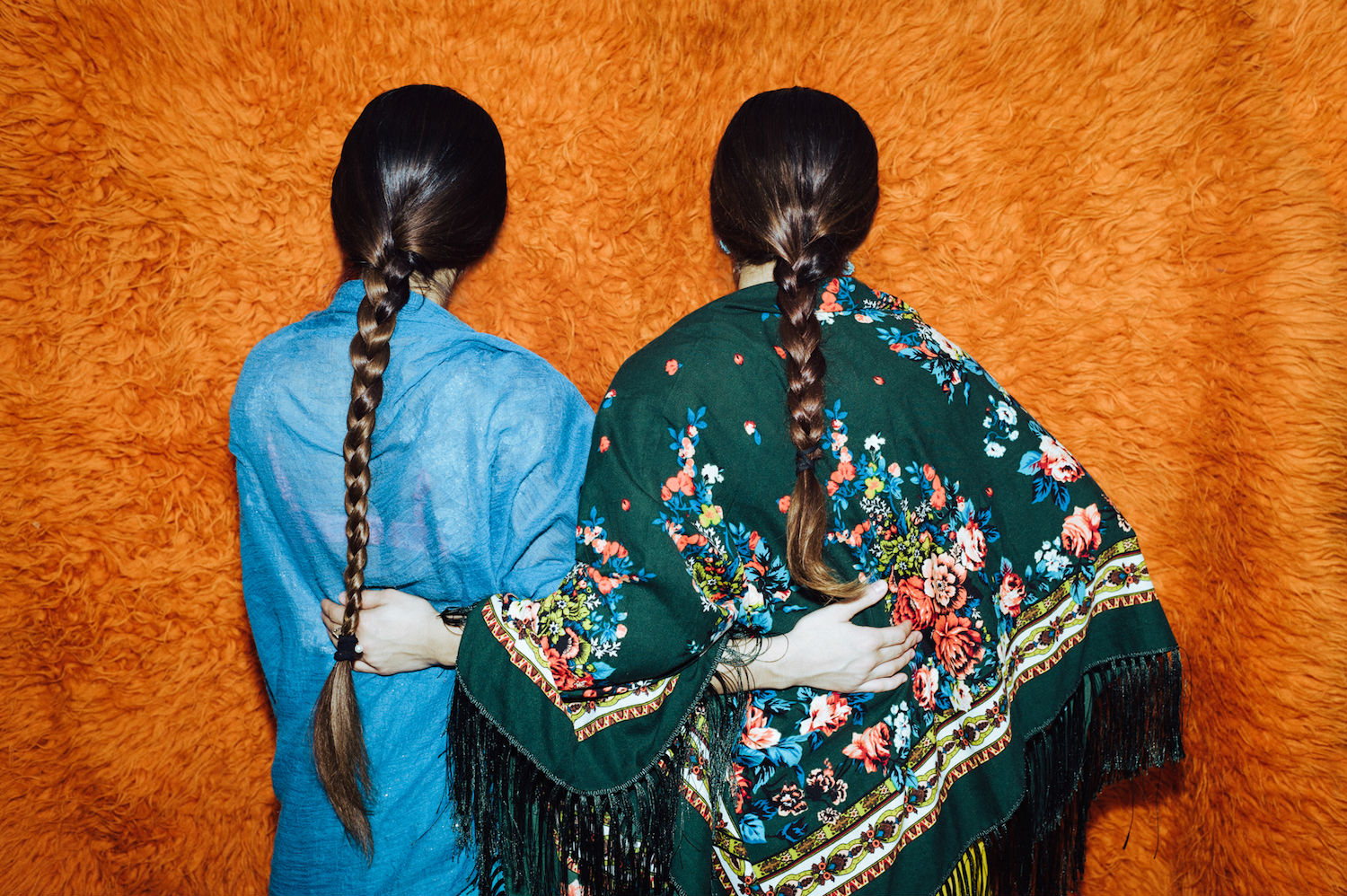 Citing her Christian upbringing and an intertwined interest in paganism as key sources of inspiration for the project, Bláhová explains that “a large increase in the number of women offering fortune telling and magic is obvious proof that people who believe in supernatural abilities still exist,” concluding that a certain degree of superstition is alive and well in the 21st century, despite the dubious reputation of many vrăjitoare and the culture from which they arose.

Nevertheless, we are told that the work of a vrăjitoare comes with its own set of risks, as widely publicised, local scamming incidents, frauds and rather questionable tactics of modern-day witchcraft have cast a shadow upon the witch-persona. Having interviewed around thirty witches and their acquaintances, Bláhová recalls a story about a “Romanian politician from the Democratic Liberal Party. He proposed a new law to tax fortunetellers and witches. They were also going to hold them accountable for errant predictions, as well. Romanian witches protested against this law, performing magic rituals against politicians in the streets of Bucharest. The tax proposal was scrapped due to their alleged fears of being targeted by terrible curses.”

Besides tensions between the general public and supernatural individuals, the rise in interest for vrăjitoare-services saw the “older vrăjitoare criticise the excessive use of the internet for advertising purposes, especially live broadcasting of rituals, because it exploits secret traditions that should not be talked about out loud. Today, you can even find instructions and spells on their websites or Facebook profiles,” Bláhová tells us. “In their videos, you can hear the women often bless their client in the name of Jesus Christ during the ritual. I think it’s a very good marketing strategy.” Unsurprisingly, it has become increasingly hard to distinguish between genuine vrăjitoare and con artists, particularly because every practising witch avows the authenticity of her practice to clients, and “every woman wanted to present herself in her own way and show us something that was unique to her witchcraft” — most of which entails therapy-like one-on-one sittings, prescribing herbal healing substances, and hexing or lifting curses, as well as creating talismans and sacrificing animals as somewhat of a trade-off for success, to please higher forces. “I work with ghosts and they don’t let me talk without a reward,” a vrăjitoare named Bratara pointed out to Lucia and her team. As most of them are very aware of their divisive image, some of the gifted women refuse to declare themselves vrăjitoare, instead opting for less stigma-charged descriptions. “It carries negative connotations. People usually think I do bad things. It is not true. I prefer to call myself prezicatoarea — the one who can read the future. I am also a tămăduitoare. It means that I am a healer,” Sunita states. 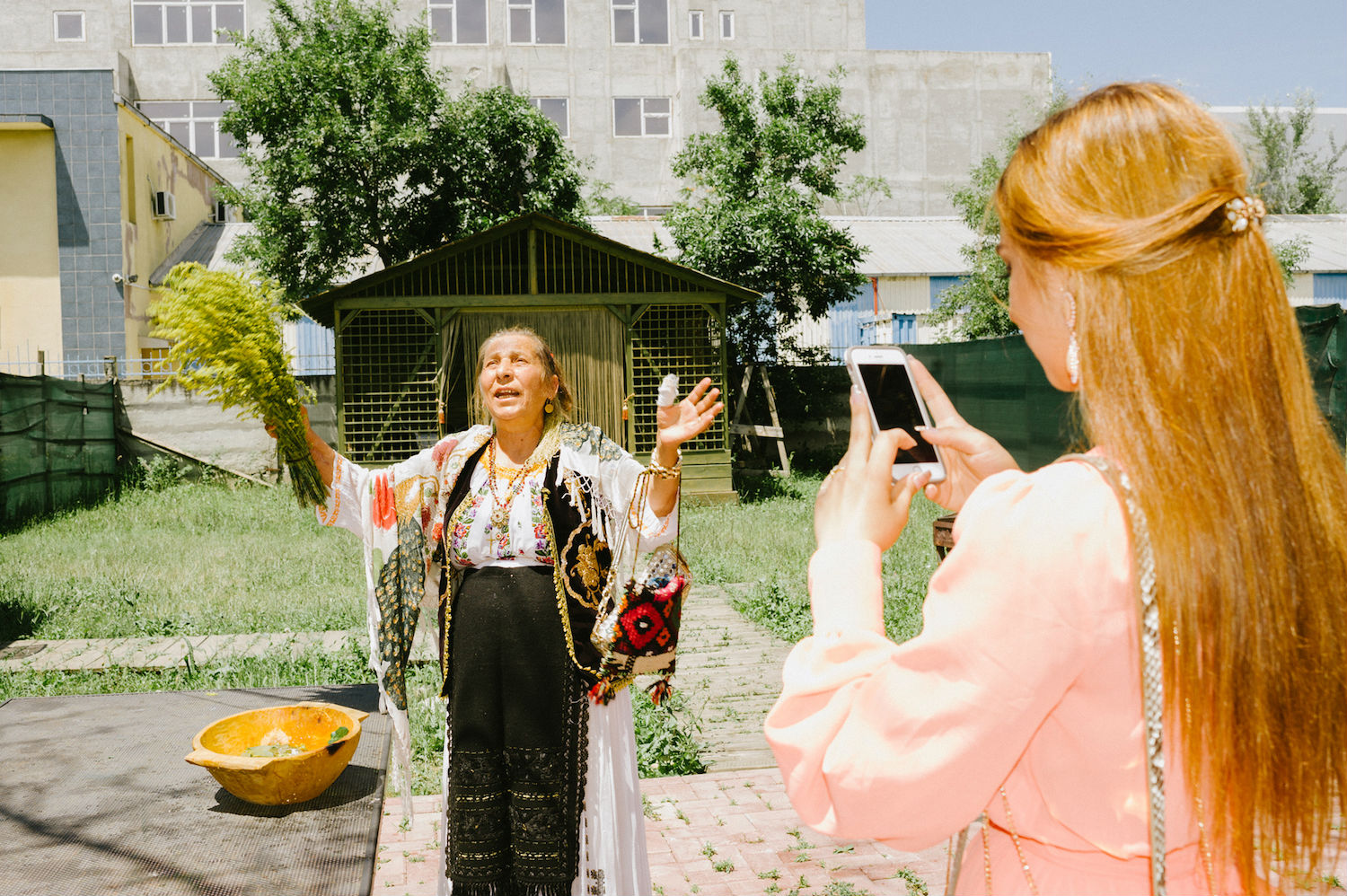 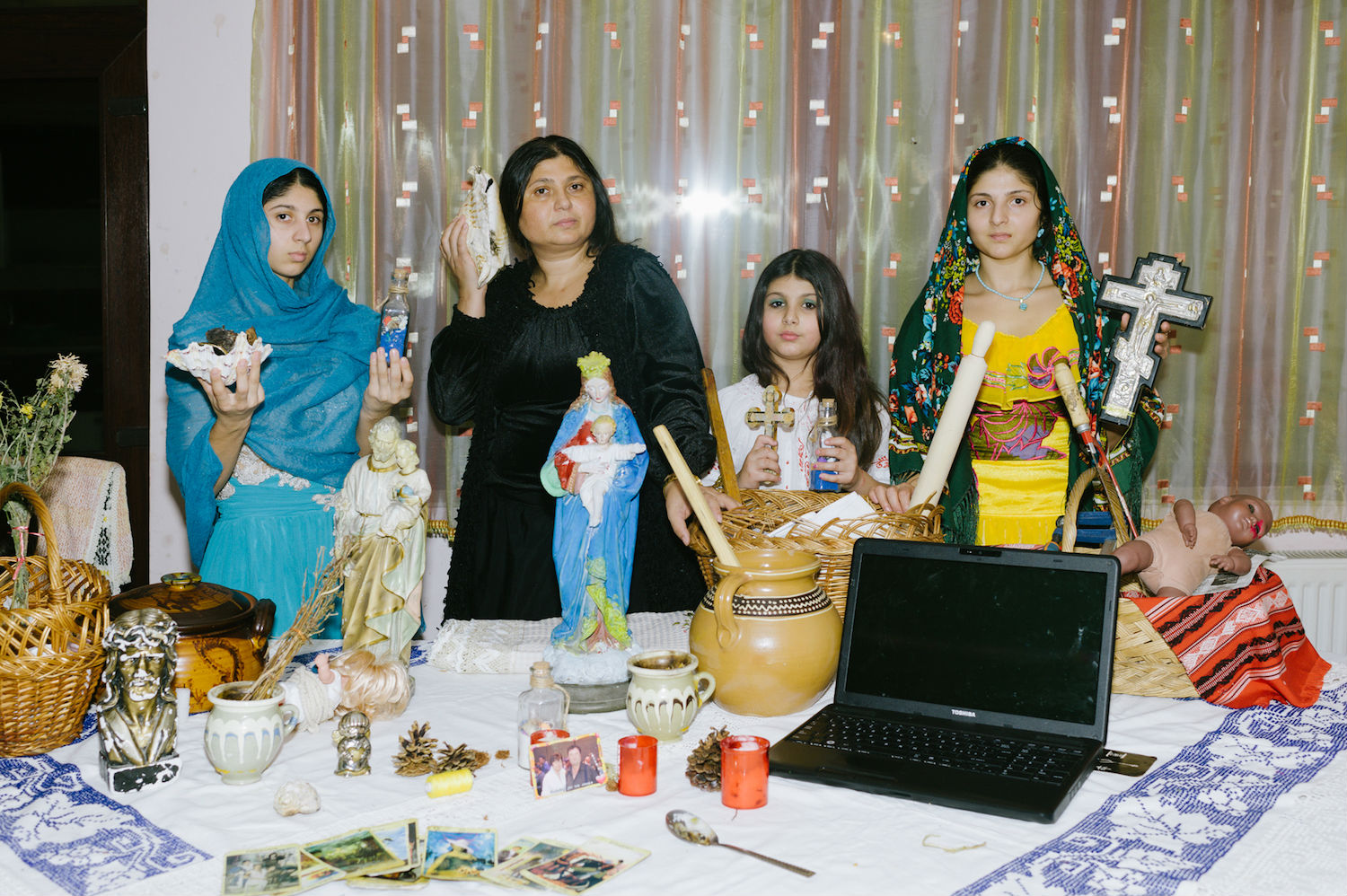 Whether the intentions are good or bad, the magic white or black, there is no proof as to how trustworthy a vrăjitoare — or whatever she may prefer to call herself — or her skillset really is. But one thing all of them have in common, no matter how insistently they laud their individual credibility, their services are anything but free of charge. While rates can fluctuate depending on region and the client’s requests, most witches charge similar fees for similarly held consultations or the like, reaching prices up to almost 1000 euros. So, at very least, a healthy amount of scepticism seems appropriate, especially in light of insider knowledge shared by Bláhová and Šusterová: “We had a chance to speak to a man who comes from a vrăjitoare-family, and he was very open and told us that they don’t have any supernatural ability. They just know how to sell the illusion of a better future to desperate people. These women provide invaluable anonymity, they can take the burden of responsibility from people in uncertain situations, they listen to them and give them a feeling they did not get from their close ones in that very moment.” 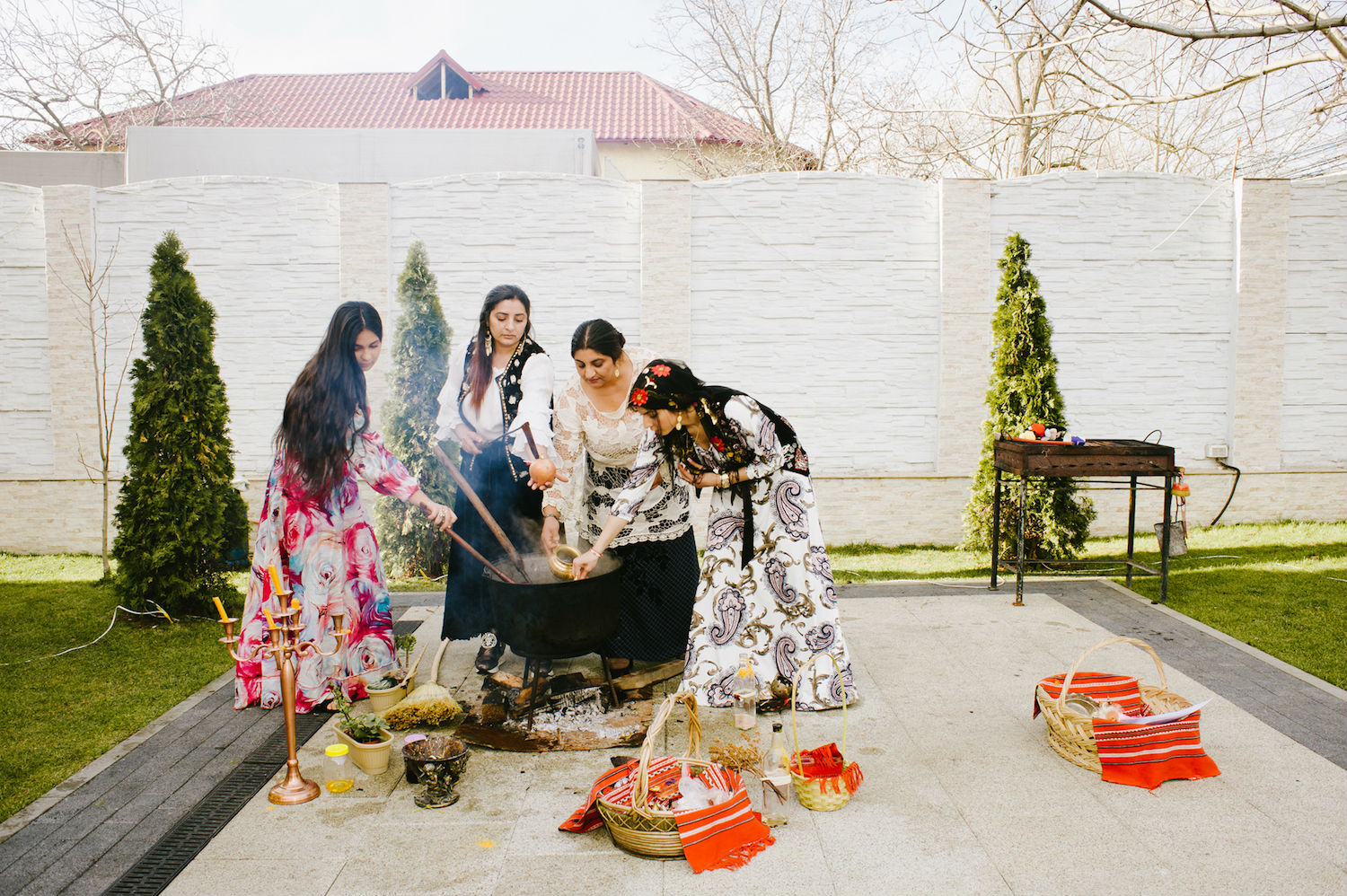 Instrumentalising Christian faith as a tool to underline their raison d’être, vrăjitoare profit from helplessness and gullibility. For better or worse, though, there are plenty of people whose quality of life has indisputably improved through the help of a vrăjitoare. As is the case with most other belief-based procedures, the comfort given by vrăjitoare is impalpable to those on the outside looking in. When asked if she herself believed in magic — vrăjitoare witchcraft specifically — Bláhová admits that she “needed to confirm to myself through my own experience that these are just perfectly handled psychological tricks,” referring to what a witch by the name of Sultana said to her: “I know you don’t believe in my powers, but somewhere deep inside there is a seed of doubt that whispers it might be the truth. You often struggle with God but you’ll find your happiness only if you commit yourself to God completely.”

As a result of their journey, Bláhová and Šusterová have cultivated five years’ worth of research and intimate photography, documenting the surreal lives and aesthetics of generations of Romanian sorceresses, in a book fittingly titled “Ženy predávajúce nádej” (Women Selling Hope). The curation of images portrays the women in private and professional environments, carefully staged at their homes, in their backyards or neighbouring nature’s sacred sites. Walking a tightrope between aiming to demystify age-old mythology and having to obey the participants’ very own creative narratives, Bláhová and Šusterová managed to depict an arcane way of life, hereby allowing and inviting you to take a trip into the ambivalently fascinating, bewitching world of the vrăjitoare.

FEATURE,   INDIE NO 61,   THE DARK ISSUE,   WITCHCRAFT
Loading next Article