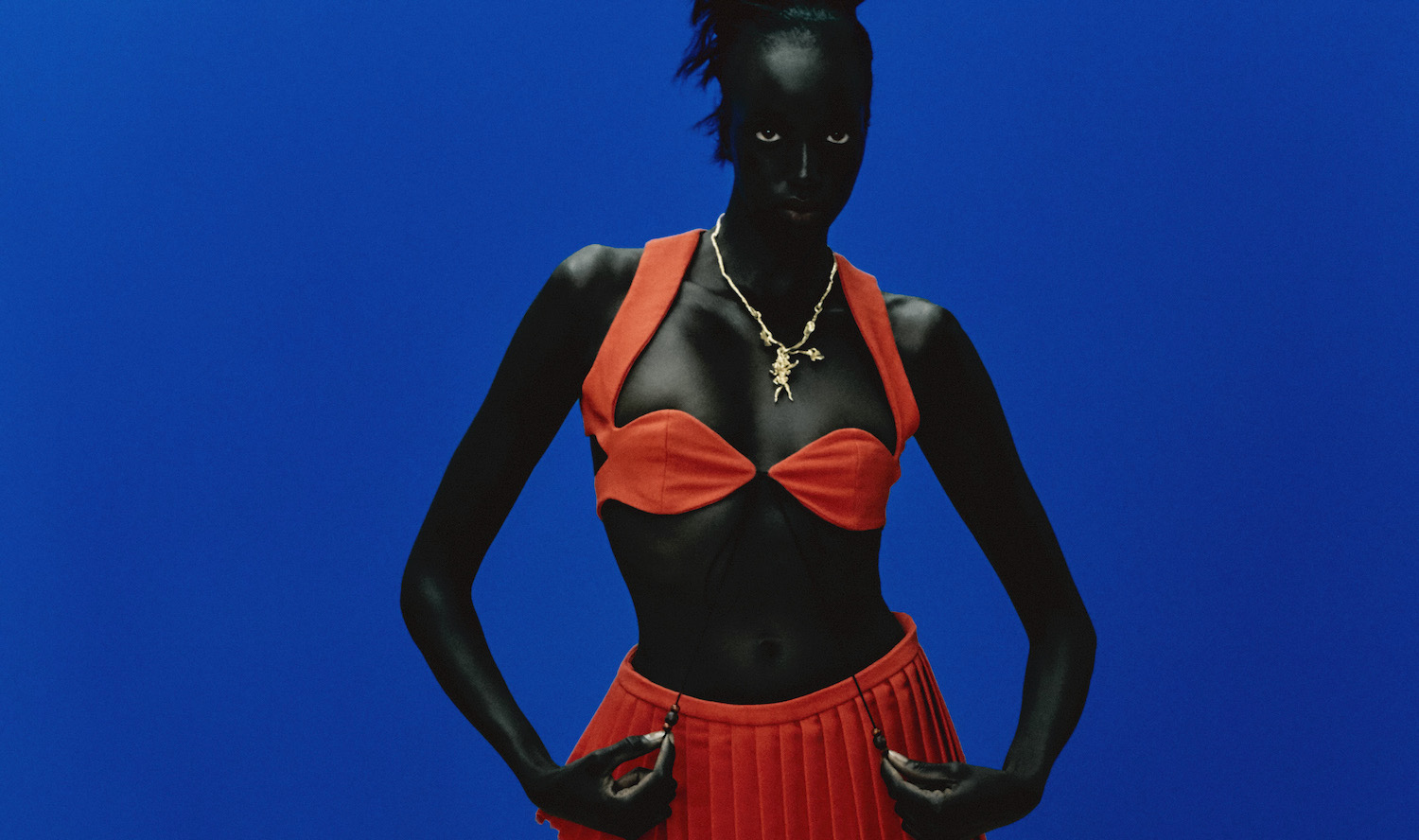 Launching a first collection is a nerve-wracking experience for any designer, but with the instant gratification—and criticism—that comes with debuting digitally, new brands in 2020 have it even harder. “I was fucking shitting it,” laughs Fashion East designer Maximilian Davis, when asked about presenting his SS21 collection online last week. “As soon as I uploaded the first post, I threw my phone away, I was like, ‘I cannot handle this’.”

Fortunately, the Manchester-born, London-based designer’s debut was met with overwhelming acclaim, with the campaign’s vivid images (lensed by Rafael Pavarotti and styled by Ib Kamara) being shared by seemingly everyone who’s anyone in the fashion world. “The first two days my phone just wouldn’t stop blowing up,” he says. “I’d be on Instagram watching people’s stories and just see pictures of my collection.” 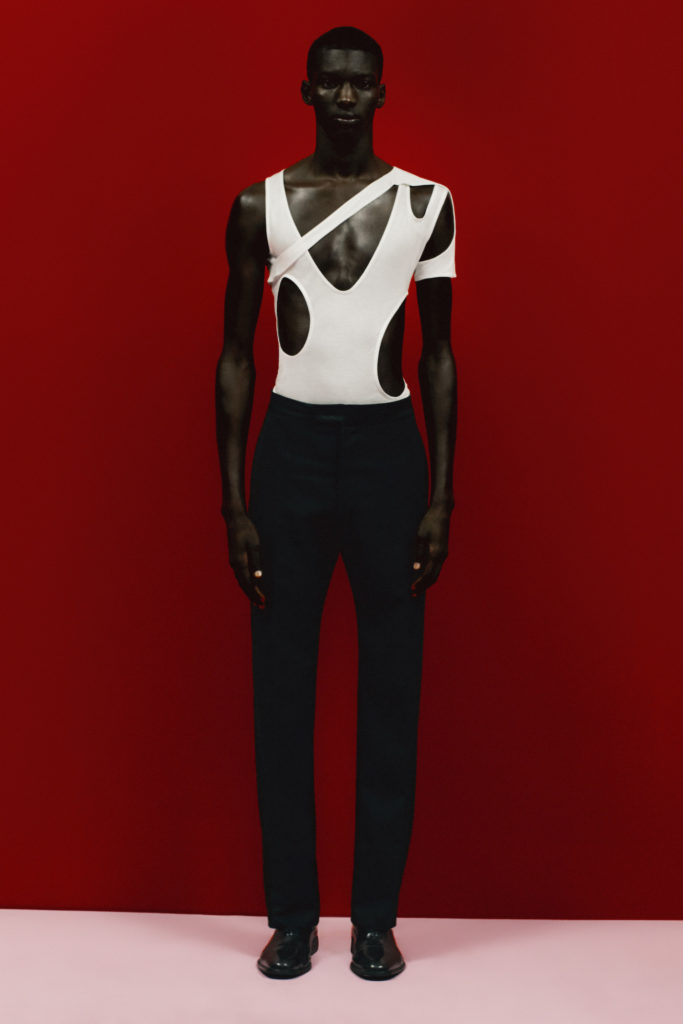 Davis’ designs land where grace and sensuality intersect—bold structural underwear becomes outerwear, asymmetrical mini dresses are slashed, yet sophisticated, plunging necklines meet clean-cut tailoring. Above all else, they embody the essence of Black elegance that defines his brand’s entire being—a standard the designer says his parents set for him at a young age. “They were the first people to show me Black beauty and Black elegance. My mum was a model, my dad was always wearing a suit—even on holiday. He was always the best dressed person at parents’ evening.”

But despite having grown up surrounded by Black beauty, it was during his time interning with Grace Wales Bonner that Davis came to truly understand and harness the potential of unapologetic Blackness. “I think in life you come across people who make you feel more comfortable with yourself,” he says. “Grace was that person for me. Watching her talk about Blackness and owning that narrative was really powerful—it made me feel a lot more comfortable talking about my roots, and my sexuality as well.” 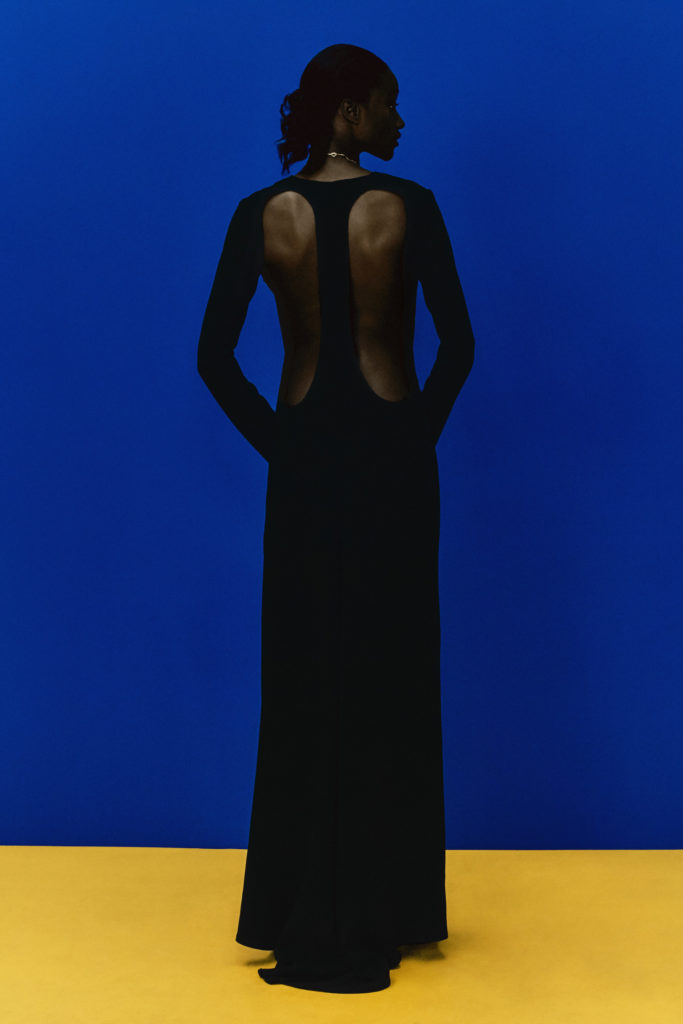 Such pride manifests in every aspect of the collection—from the casting of the campaign, to the Akinola Davies-directed short film that premiered it. Paying homage to his Trinidadian heritage and the energy of carnival, as well as the paradisal Caribbean backdrops of ‘00s music videos by Sean Paul and Beenie Man, the film translates Davis’ many points of inspiration into one cohesive visual story. “It’s something we were talking about for the whole of lockdown. I really wanted to represent the people of Trinidad, and everyone really understood that.”

Through Black elegance, Davis aims to express, celebrate and normalise Black identity—in a way that’s been historically denied. “During school, we were only taught about white history,” he explains. “Not once was Black history mentioned. Black people have been suppressed by that, and we shouldn’t have to apologise for making someone feel uncomfortable. We’re the ones who have been made to feel uncomfortable.” 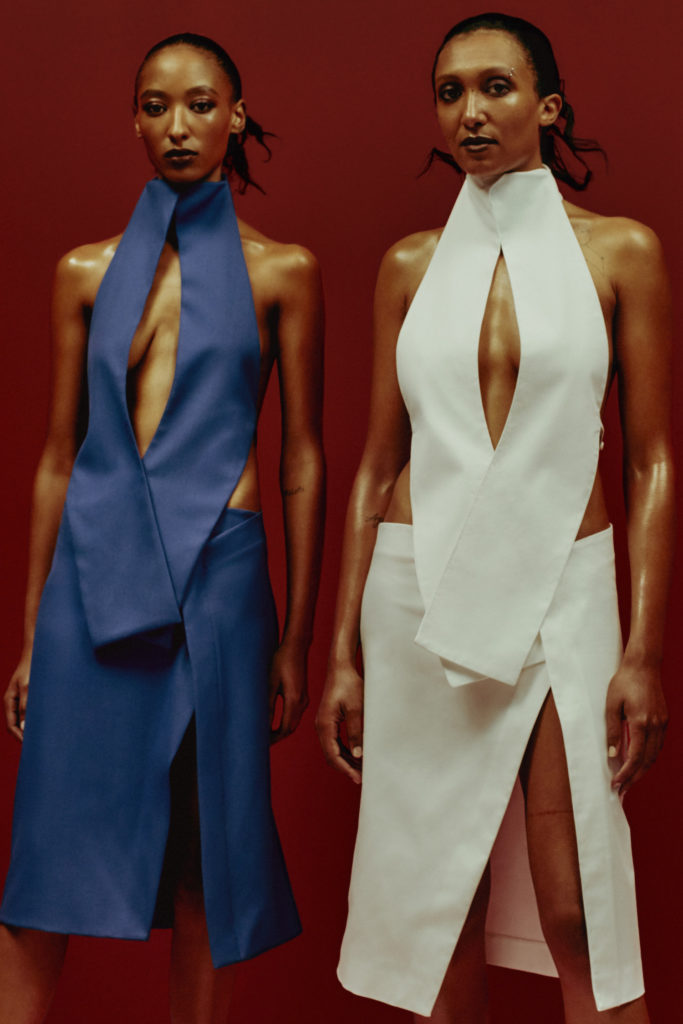 Building a collection from his bedroom and a brand during pandemic has no doubt set Davis in good stead to face any challenge the fashion industry might throw at him. The next step is trying to bridge the gap between accessibility and attainability—building a community that extends beyond the people who can afford to buy high fashion. “I want to make people feel a part of the brand and the story,” he explains. Whether that’s by personally responding to everyone that reaches out to him on Instagram or his plan to share more research images, so fans can understand his references, Davis wants to welcome his audience into the narrative, even if they’ve never held a piece in their hands. “Even if it’s someone just going to try your clothes on in stores, that’s all part of it. I used to do that, and I used to enjoy doing that. I never felt left out because I couldn’t afford it, it was just amazing to see it in person.”