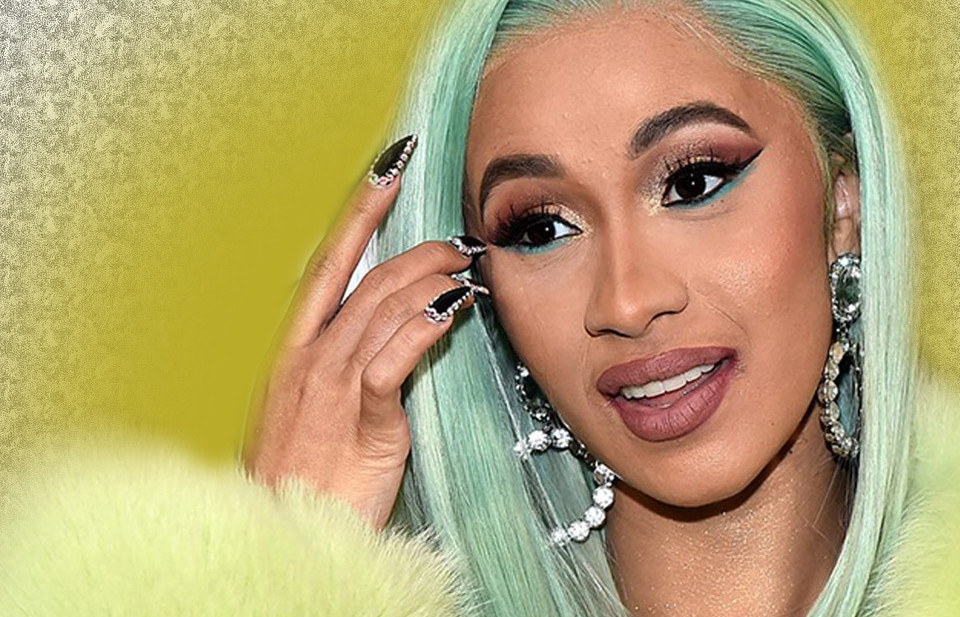 CARDI B DOESN’T NEED A BREAKUP TO SELL ALBUMS

On Tuesday September 15th, queen of WAP Cardi B filed for divorce from her husband, Offset. But as their relationship came to a grinding halt, online rumours ran rife—as stans, haters, and everyone in between took to Twitter to speculate the reason for the split. The internet’s best guess was infidelity, and given the Migos rapper’s unsavoury record of cheating throughout their on-and-off again three year marriage, it wasn’t a hard hypothesis to buy into. But scrolling through the sea of online opinion, it wasn’t the why that troubled me, it was how people were saying it—the onslaught of scrutiny directed at Cardi B, followed even faster by the accusation that she’d orchestrated the split as a publicity stunt to promote her upcoming album.

We all know divorce is ugly—cheating is ugly—but the abhorrent display of misogynoir fuelling the current (rapid-)fire around Cardi B is even uglier. Despite being the one to have filed for divorce, the Grammy winning artist is being victim-blamed—by strangers—for ruining her relationship. She’s being slammed for her inability to satisfy her husband, lambasted for her lack of cooking skills, ridiculed as she’s told that “WAP can’t keep a man”. Such utterances only serve to reinforce tired sexist tropes about expected marital behaviour, and feed into the same rhetoric that’s been used to undermine Black women in hip-hop for decades.

“Offset cheats & the world clowns Cardi B. We normalize the wrong things. “

Remember #Liftgate? Solange’s memed-to-infinity outburst, directed at Jay Z during the 2014 Met Gala—apparently on her sister’s behalf—was described by the press as “intoxicated” or “erratic behaviour.” In the ‘90s, when Biggie was found to be cheating on Faith Evans with Lil’ Kim, the focus was not on the act, but on the ongoing beef that ensued between the two female musicians throughout the next decade. In 2009, “crazy pregnancy hormones” were blamed for the divorce filed by the then-expectant mother Kelis against her cheating ex, rapper Nas.

So where is the focus on men? It appears Jay-Z, Offset and co. are just footnotes in their own self-made dramas, taking a backseat as their partners face all the heat in the subsequent stories which unfold. Years of internalised sexism within the media, the hip-hop industry, and the world of celebrity appear to account for this—upholding the hackneyed “boys will be boys” mentality, instead of holding men accountable. The humiliation and degradation women are subject to when men mistreat them, is a product of a misogynistic world view that refuses to take women seriously.

Fast forward to today and Cardi B trolls are crying out “publicity stunt”, while a top music executive apparently speculates that the divorce filing “is all fake’’ for shameless self-promotion. It’s reminiscent of the mirrored allegations Beyoncé faced back in 2016 in relation to her 12-part visual bombshell of an album Lemonade. Tossing her wedding band at the screen in the ‘Don’t Hurt Yourself’ music video, Bey powerfully warns “If you try this shit again, you gon’ lose your wife.” Bringing to the forefront a masterpiece on infidelity—moving through suspicion, anger and eventual forgiveness—this monumental release, while also met with acclaim, was awash with rumours which rolled in from the internet declaring that Jay Z was not only in on it, but that Rachel Roy (suspected to be ‘Becky with the Good Hair’) was also on the Carter’s payroll.

How often are men accused of fabricating relationship drama in order to sell albums? What we witness when women like Beyoncé and Cardi B come under fire for lying, exaggerating or twisting the truth is a grim mechanism used to undermine female success. Last week, Lemonade was crowned ‘The Greatest Female Album of the 21st Century’ by Rolling Stones—for both its impressive commentary on WoC in America and its navigation of marital meltdown. Likewise, in addition to winning BET’s ‘Best Female Hip Hop Artist’ in 2019, Cardi B’s award’s shelf just keeps on growing—taking home ‘Best Rap Album’ at the Grammys this year for Invasion of Privacy. The truth is, the new era of female hip-hop artists dominating the charts don’t need to craftily conjure up a male-centric storyline to achieve success; they don’t need this kind of attention to elevate their work—they’re already smashing it.

@iamcardib who would have known coming out getting a divorce and being cheated on would bring more views to that nasty ass song. Oh wait. She did. It’s a fucking publicity stunt

In response to the announcement’s aftermath, Cardi B used her OnlyFans to voice her side of the story. “Another blogger claims that I am getting a divorce for attention,” she said, “And it’s like, you think I’m going to pay a lawyer 20 thousand f*cking dollars?” In an age of meme culture and social media, just about anyone can share their two cents online. Where before, the press and paparazzi could frame any story to suit their chosen narrative, we’re now doing that all by ourselves. If what musicians were actually driven to divorce as a means of marketing themselves, what does that say about the culture consuming them? If Cardi B’s breakup reflects badly on anyone—it’s us, the internet—a society that cares more about salacious gossip and undercutting women than it does about celebrating talent, making space, and giving credit where it’s due.

It’s time the world started allowing Black women to own their own narratives, and lay claim to their own success. Instead of harking about the difference between a hoe and a housewife, perhaps we should take a leaf from Lizzo’s book. On the same day the news of the divorce filing broke, her message was simple: “Congrats on all your success this summer.”