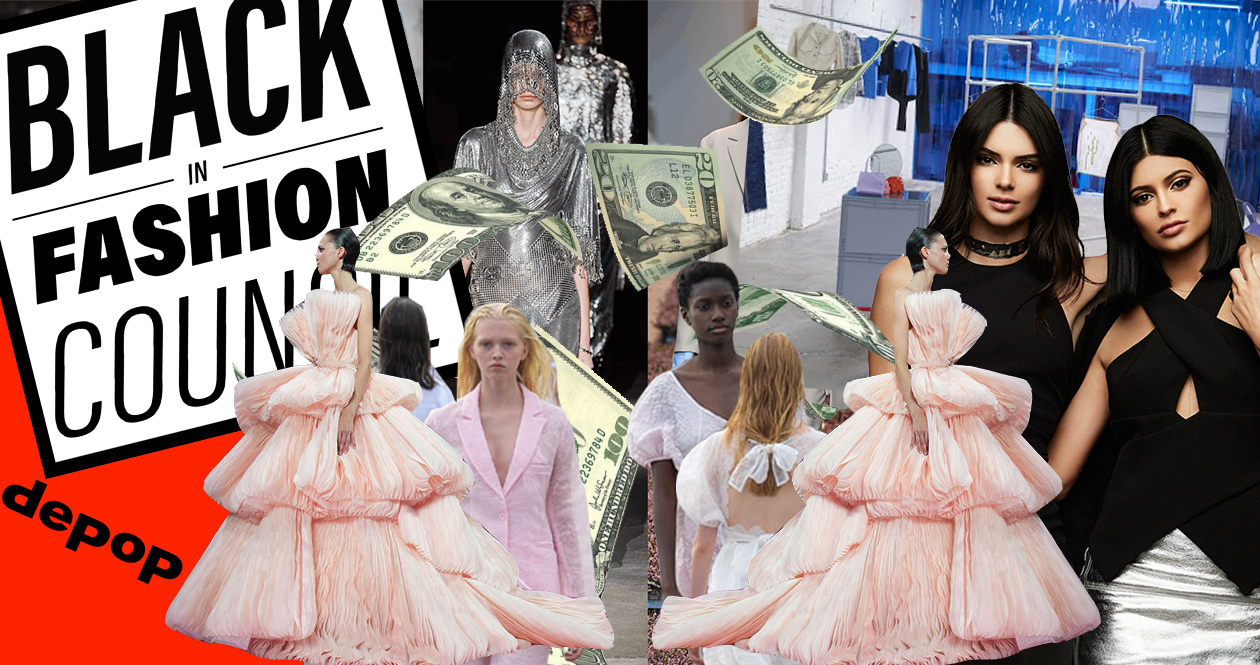 There’s a lot going on around the world right now. This week, Black Lives Matter demonstrations continued in cities around the states, with passionate protestors (rightfully) refusing to let the momentum die down. South Korea confirmed a much dreaded second wave of coronavirus, with similar news coming out of Beijing, China. In other news, US elections are only 131 days away, and President Trump—who had excitedly announced “millions” of tickets for his Tulsa rally being sold out—was shot down by Tik Tok users and K-pop fans, who appeared to have registered hundreds of thousands of tickets without any intention of actually showing up. Meanwhile, the world of fashion continued to go round, and here’s everything you missed this week in fashion.

The Black in Fashion Council was born

Founders Lindsay Peoples Wagner, the editor in chief of @TeenVogue, and @sandrinecharles, the owner of Sandrine Charles Consulting, introduce the Black in Fashion Council and discuss the new organization’s equity goals.https://t.co/flN5npbS6i

In light of protests taking place around the world, there is a growing demand for accountability in all industries but especially in the realm of fashion. In response to this need and desire, Teen Vogue editor-in-chief Lindsay Peoples Wagner and publicist Sandrine Charles have co-founded Black in Fashion Council. It’s a coalition of more than 400 black models, executives, stylists and editors looking to address racism and discrimination in the fashion industry. Wagner specifically mentioned how the council hopes to move from ‘cancel culture’ to ‘accountability culture’. “We want to allow people to rise to the occasion of changing,” she said. In addition to publishing an index of black talent, the council will work specifically to publish the Quality Index Score which is based on the Human Rights Campaign’s Corporate Equality Index.

(A few) fashion platforms put their money where their mouth is

Though the fashion world has remained largely oblivious to matters of systemic racism and most forms of discrimination (performative black squares we’re looking at you!), in these tumultuous times, some platforms are putting their money where their mouth is by directing funds to various organisations working on issues relating to Black Lives Matter. From Depop donating to the NAACP legal fund to Peter Do supporting Color of Change, here is an INDIE approved list of fashion platforms to shop from—knowing your money will do good.

Did anyone sincerely thought Paris would not have a fashion week in September? 🤔

Amidst news of second waves of corona hitting various countries, organisers of Paris Fashion Week seem unfazed and have confirmed that the event will continue—in person—starting on September 28th. The announcement comes from Fédération de la Haute Couture et de la Mode—making Paris one of the first fashion capitals to confirm Spring/Summer shows.

Although some brands have used the lockdown period to reflect on the chaotic schedule of fashion week, with Gucci permanently stepping back from the fashion calendar and similar sentiments being voiced by Saint Laurent, PFW seems undeterred and appears to be carrying on with their regular programming.

Kendall and Kylie came under fire

News has emerged over the last week of Kendall and Kylie’s apparel line not paying their factory workers (in Bangladesh) wages for work done before COVID-19. After IG’s @DietPrada called out the brand, representatives from Kendall + Kylie outright refuted the accusations claiming “The brand is owned by 3072541 Canada Inc. not GBG and we are not currently producing in Bangladesh using Global Brands Group.” Scandal is not new to the family. Kylie Jenner’s billionaire status was quickly revoked earlier this year when Forbes—who proclaimed her the youngest self made billionaire—published a long expose explaining how Kylie Cosmetics’ web of lies (including fabrication of numbers) meant she was worth way, way less. Whatever the case, we don’t think the Jenner sisters will be able to stay silent, especially in times when COVID-19 is disproportionately impacting the poor.

Copenhagen Fashion week got ahead of the game

While Paris seems too keen to restart their fashion schedule, Copenhagen Fashion Week announced this week that their annual show will continue live… in August of 2021. Not that we’re opposed to some good planning, but amidst total corona chaos, it is hard to imagine what our world will look like in a couple of months, let alone a whole year.