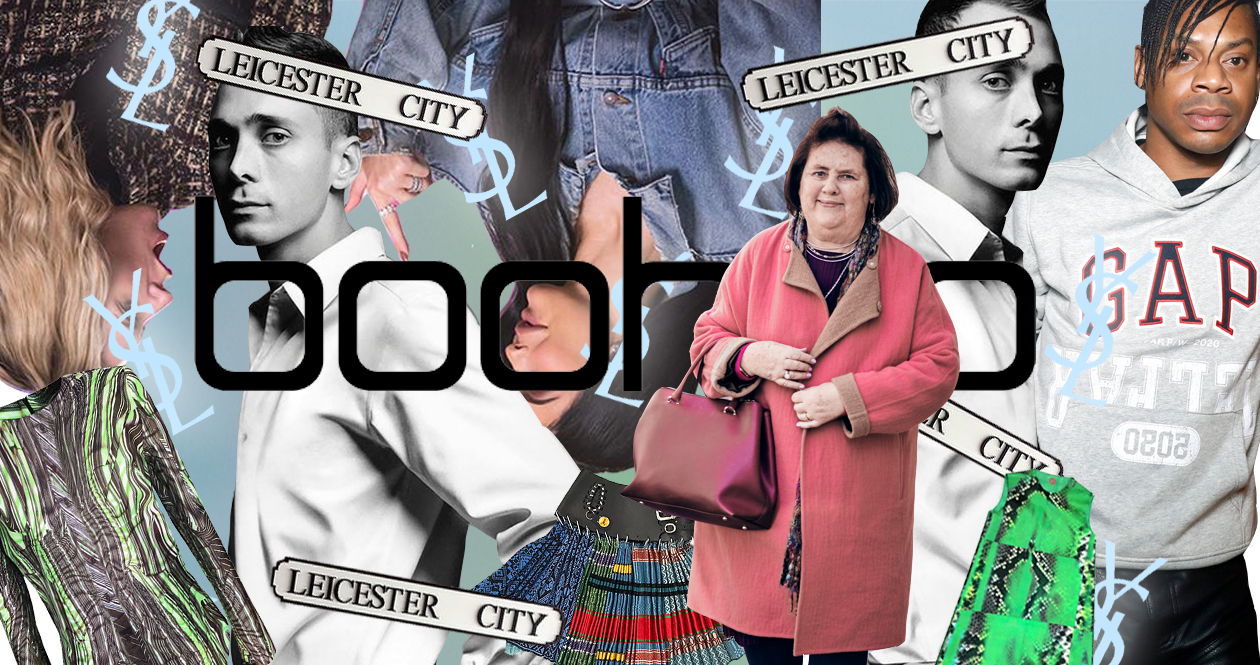 In news that is making headlines more than coronavirus, Israel’s Prime Minister Benjamin Netanyahu is planning the controversial annexation of large stretches of land in the West Bank—land that Palestinians have long counted on as their future state. On the other side of the world, China has passed a chilling new security law giving it deep control over Hong Kong by making criminal any act of secession or subversion of the central government. Meanwhile, Black Lives Matter protests continue in the US, despite rising cases of corona virus reported in around the country but especially in Floria, California and Arizona. That being said, there is still no justice for the murder of Breonna Taylor or Elijah Mcclain, two African-Americans heinously killed in the hands of white policemen.

From fighting systemic racism to feeling the pandemic heat, here is news from the fashion world you might have missed this past week:

Martine Rose, along with various other designers and artists from around the world (including INDIE favourite Eckhaus Latta) has stepped up to actively participate in the current anti-racist movement by participating in a charity raffle fundraiser organised by Creatives 4 Systemic Change. By donating everything from clothing to artworks, the artists contribute to creating a one-of-a-kind experience that the public can then buy raffle tickets for.  It’s $10 an entry and $5 for a mystery entry. Money raised will be directly donated to various charities including The Marsha P. Johnson Institute, The Okra Project, For the Gworls amongst various others. You can check out the full list of organisations and rules of participation here.

Suzy Menkes made her exit

Just in, Veteran fashion journalist and Vogue International editor Suzy Menkes is stepping down from her position. https://t.co/eJviLQJT3q

Fashion’s veteran journalist, ex fashion editor of the International Herald Tribune and most recently Vogue’s International editor Suzy Menkes is stepping down from her role at Condé Nast. In citing the current cultural climate and the pandemic as a time of reflection, Menkes stated, “it is time for a new adventure but I will continue to write, post, record and bring together the industry.” With Vogue.com editor Stuart Emmrich stepping down from his role as editor and growing concerns of the company fostering a racist workplace culture, Menkes’ departure only adds to the chaos brewing in the Condé Nast HQ.

NEW REPORT// How can @boohoo report 44% growth in the first quarter of this year and shares increased by 22%, DESPITE the global pandemic? Workers report lockdown breaches, furlough fraud and modern slavery in Boohoo’s supply chain. #Boowho?https://t.co/GScanP3wCu

Fast fashion giant Boohoo has been called out amid claims that its factories in Leicester continued to operate at full capacity breaking UK lockdown laws. In a report published by advocacy group Labour Behind the Label, workers in the factory were exposed to horrible working conditions including a lack of ventilation as well as missing social distancing mandates. Additionally, the report claims that workers who showcased symptoms of the virus were asked to continue working and workers who had the virus were asked to conceal that information. Other workers also claimed they weren’t paid when they were forced into government mandated isolation period. Fast fashion brands have a poor record of treating their workers well, but Boohoo appears to be an especially evil monster.

“I’m really glad to be free of it,” Telfar Clemens says of his brand’s collaboration with Gap https://t.co/PkijR5X1tk

A much anticipated collaboration between Gap and Telfar has not only been cancelled, but replaced with a 10 year partnership between Gap and Yeezy. Kanye West announced the collaboration last week, with Mowalola in the role of design director. Telfar Clemens told the the New York Times that he was not only glad to be free of the partnership but also that it signified “a vast power imbalance, perpetuated by the narrative of ‘inclusivity,’” or “being allowed to appear in territory owned by white people.” The onset of corona has caused Gap tremendous financial burden—from closing down stores and furloughing staff to cancelling orders from its manufacturers in Bangladesh and nonpayment of rent. Whatever the reasoning, Gap appears to have dumped Telfar for a much bigger brand.

Behind the very successful beauty brands owned by Kim Kardashian West and Kylie Jenner is another company called Seed Beauty—and it is not happy. Seed Beauty has accused its rival Coty (who just bought a 20% stake in KKW’s beauty line) of exchanging trade secrets when it invested in King Kylie earlier this year. “Seed attempted to resolve this dispute privately and repeatedly asked for assurances related to leakage of Seed proprietary information from King Kylie to Coty,” Seed said in a complaint filed in a LA court. Seed believes Coty is stealing its pioneering digital-first business model that upturned the beauty industry model as we know it—and as we’ve seen built up by the Kardashian-Jenner sisters. The first court date is set for October.

Shortly after Hedi Slimane left Saint Laurent, the brand’s IG page was wiped clear of most black and white images that were not only trademark Slimane style, but also actually shot by the then creative director. Slimane also filed two lawsuits against parent company Kering in regards to compensation and disregard of his non-compete agreement. A part of these lawsuits was in fact, as predicted by The Fashion Law, dispute over the use of Slimane’s images and this week Slimane was granted a win—in the form of $700,000. It appears Saint Laurent continued to use images shot for previous campaigns without Slimane’s consent, and now they have their price to pay.