Earlier this year, I sat in a pub in West London with my friend Desta French; a Colombian/Italian singer/songwriter. She brought up her feelings about the lack of representation of Latin culture (I’m half Colombian myself). We’re both Latin women that work in the music sector and have noticed a real lack of visibility of the culture within the industry.

Fast forward a couple of months, and Desta decided to put together a shoot in North London with a breadth of Latin women—most of whom happen to work in creative industries. It was a truly heartwarming experience, where we were able to connect through womanhood, celebrate our similarities, our differences and also explore our thoughts on the subject at hand. 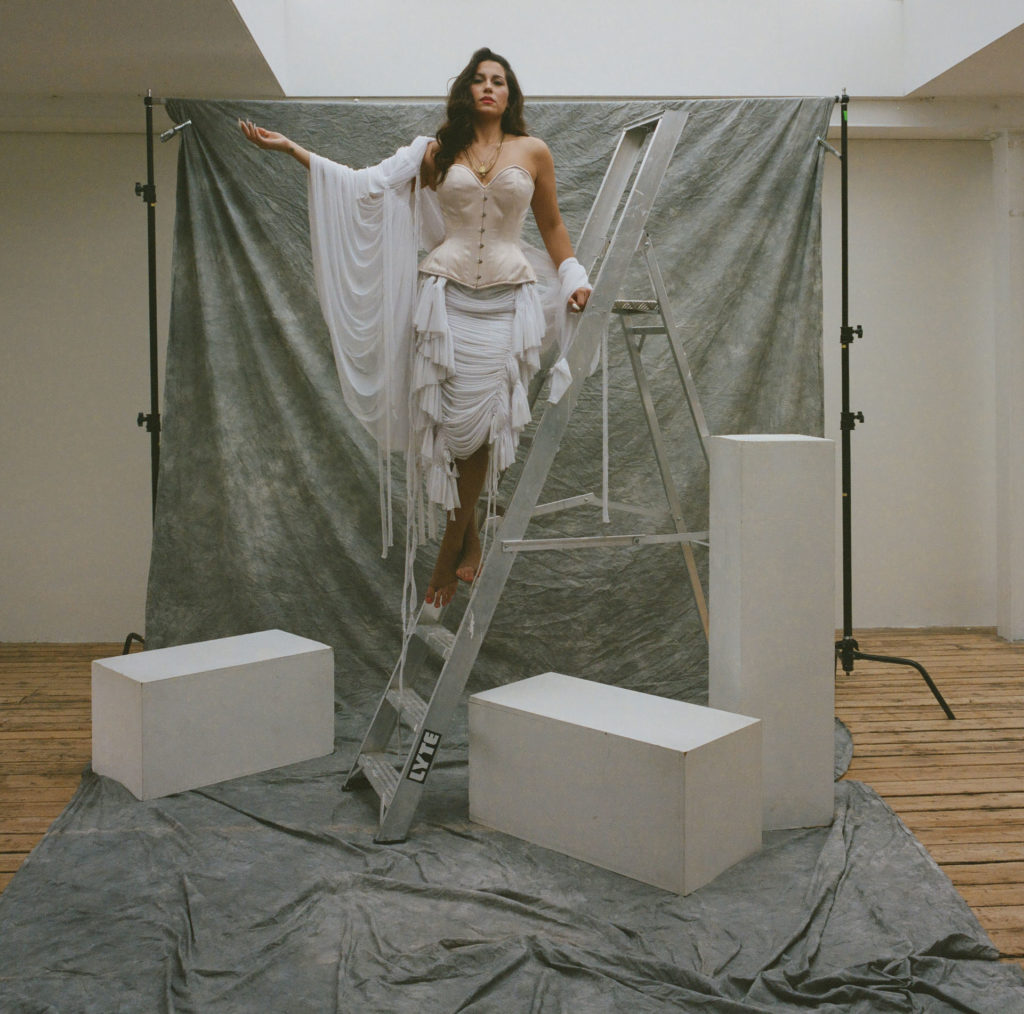 Apart from our conversation, what spurred you to go ahead and unite so many of us?

I had started putting things in motion for a short documentary around the stories of 1st and 2nd generation Colombian immigrant females, so I was having meetings to get that moving. Around the same time, my friend and photographer Elena Cremona sent me some really cool group snaps of a group of middle eastern men, we started discussing things and this documentary kind of turned into a shoot with Elena. I already knew what I wanted to depict through the images, as I did through the stories for the documentary, which was to combat a kind of blanketed perception of Latin women by highlighting the diversity and differences in each story, but simultaneously showcasing a sisterhood between the girls involved through shared experiences.

How did you meet the women involved in the project?

I knew most of the women before the shoot in some capacity. Some of my cousins were involved, which was nice, and also some musicians I really rate like JSCA and Carla Macarla. Some of the girls invited their friends last minute, it was a really organic process of meeting and shooting all the girls. 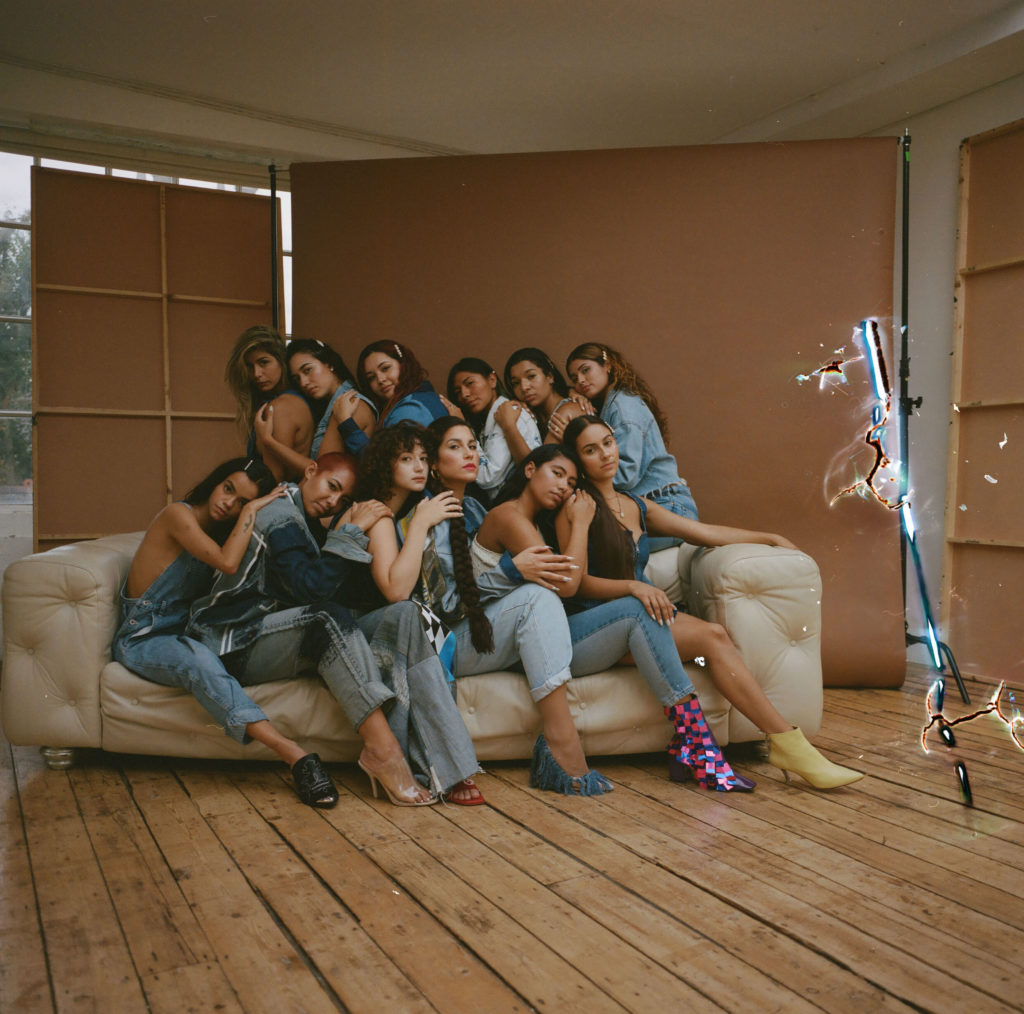 You talk about lack of representation, did you have any Latinx role models growing up?

I did of course, but what I realised as I got older is that they were either from South America or born in America which seemed so far away for me. Everything I was seeing was relatable to some degree but at the same time there was no one I can think of from the UK that was representing the kind of life I was living in London. Hanging out with my older cousin and her friends was my references growing up and I loved that I had them around because at school I was an anomaly. Saying that, I’m half Italian and was a little more British in ways which was evident when I was with my Latin friends too.

What are your thoughts on Latin women involved in music in the UK?

I think the community is growing so fast. It’s quadrupled in the last 10 years apparently, but creatively we are still in the toddler phase. Because, like I explained before there are not many people to refer to, I think it makes it hard to work out how one might get in certain positions. I feel like I had a foot in a few different worlds which opened my eyes a bit, but for me that was mainly by chance. Growing up, if I would have asked my mum how I should go about getting into the music industry, she wouldn’t have known how to guide me. But now there is more of a scene, people like Mike Kalle, Guala, Sachellys, Dukus, Fluffy, Cevi, and there are more people, albeit tiny compared to the global surge in Latin artists. Because of my own journey I do somewhat of a duty to inspire other artists too. London has its own Latino vibe, and soundscapes and I think it’s important to explore than rather than trying to imitate something that already exists and is doing its own thing. 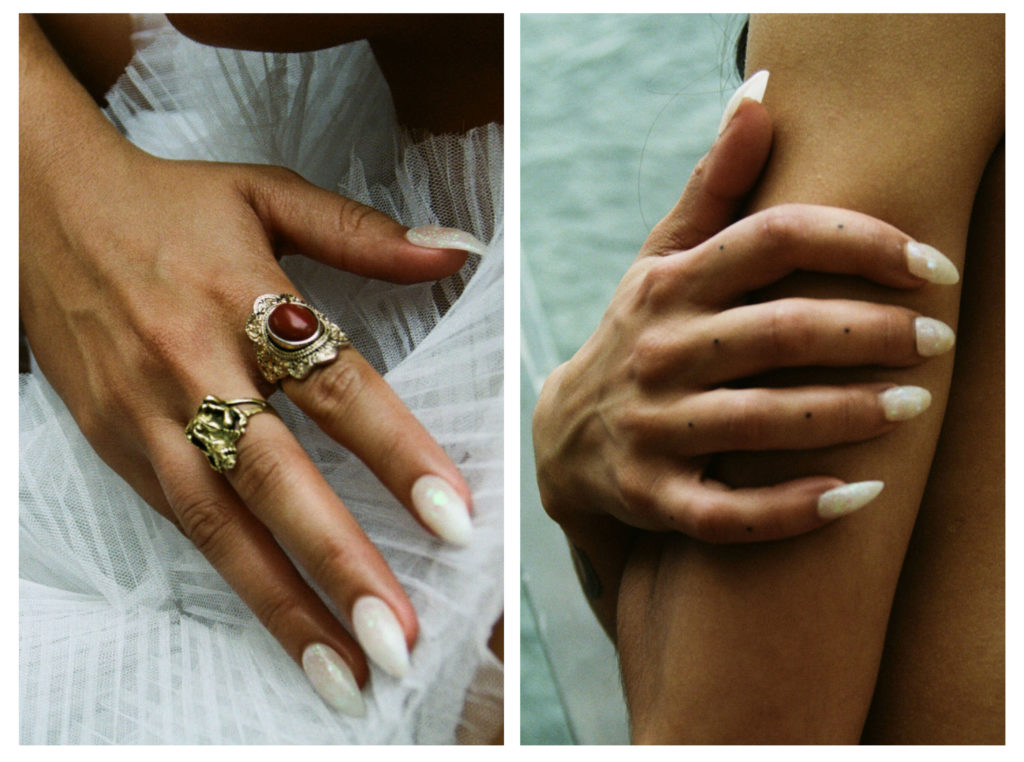 Y​ou’ve also been working on an interview series called ‘Chattin Latin’, whats that all about?

Again, it might seem like I’m repeating myself but I have never really felt represented. From TV series to news readers to music, there just aren’t many of us to be seen, yet I’m very sure that my community exists here and so I kind of felt obligated to showcase this somehow, especially because my music is so heavily influenced by this. I’d love to connect with other young girls who might get inspired by the conversations in some way too. I talk to girls and women of all ages in the series to just explore who they are, what they have been through, because I feel we can learn from peoples experiences. It was particularly interesting talking to mums and their daughters I’m really passionate about this project but I just want people to see if for themselves

Do you think this project is going to help change how wider society view Latin women​? What do you see the culture looking like in London in the next 5 years​?

I think it’s just important to draw visibility to a community that is so rich in culture, beyond the plethora of sexy girls that live on Instagram. From music to art to history, there is so much the world can draw from and so many reasons to celebrate what we have which is not always put across in the most conscious way. So in five years, I hope to know of more artists, see more of a variety of Latinx people represented in the UK media from all walks of life so that the generations that come after us can feel more supported in their personal development.