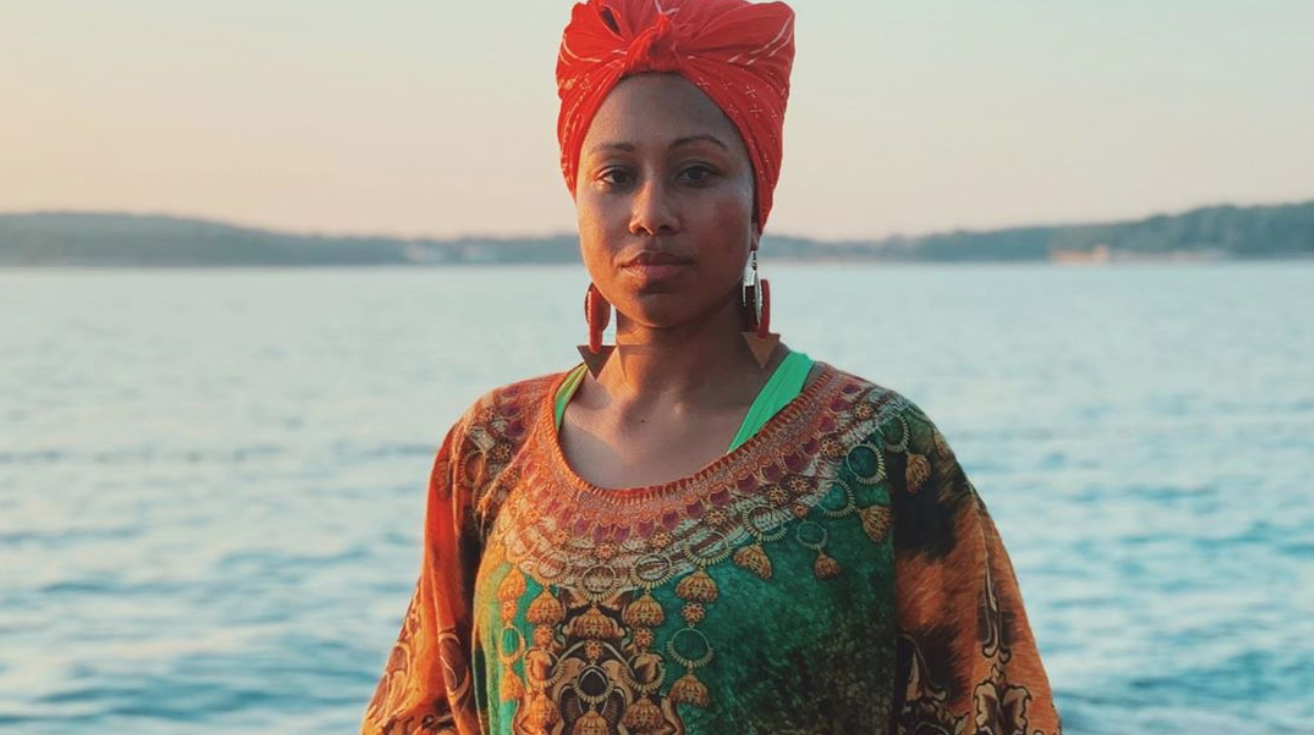 HOW YASSMIN ABDEL-MAGIED HELD UP A MIRROR TO WHITE AUSTRALIA

For Women’s History Month, we shed light on a selection of pioneering women and their contribution to culture.

Sudanese born Australian woman Yassmin Abdel-Magied is a shining light in the increasingly dark and decrepit social network that is humanity—a light for communities in need, a light for minorities who think (or know) the world is against them, and she is a woman that shone her light onto the disturbing reality of White Australia—ultimately leading her to become “Australia’s most publicly hated Muslim“.

I remember being called to attention by Yassmin Abdel-Magied during her TED Talk about unconscious bias. As a white woman myself, it highlighted the hurdles I may have to overcome as a female in any industry, but also opened my eyes to what other minorities in Australia may have to experience on a daily basis. I felt as if I were in the shallow end of a much larger pool. It’s true… I couldn’t immediately envision a Muslim woman in a headscarf working on a race car, or being trained as a boxer, like Abdel-Magied. No matter how much I support Muslim women in their choices—or how ashamed I was—I couldn’t help but partly identify with that bias.

Through this I learnt that Abdel-Magied had won Queensland Young Australian of the Year in 2015, partly due to her work founding Youth Without Borders in 2007 at the age of 16—a grass roots operation that focusses on empowering young people in communities to create positive change. It was not until April 2017, that I woke up to her reality.

Enter: Anzac Day 2017. Abdel-Magied wrote in a now infamous tweet “LEST. WE. FORGET. (Manus, Nauru, Syria, Palestine…)”. Context for the non-Australian readers: the historic day, according to the Australian War Memorial website, states that “Anzac Day is a time at which Australians reflect on the many different meanings of war.” However, the backlash against the tweet only goes to show how little Australians truly care for what the day is meant to honour. When grappling with the idea of war, one can not focus solely on the the perceived winners and heroes, but also on the other end of the spectrum that homes the victims and forgotten heroes—Abdel-Magied merely illustrated the War Memorial’s prescribed definition of Anzac Day as a diverse day of remembrance.

As an Australian, I know only too well that Australia is no stranger to pushing away non-Western experiences—war or otherwise. During WWII, despite not being recognised as citizens, over 8000 Indigenous Australians volunteered to serve. Garth O’Connell, secretary of the Aboriginal and Torres Strait Islander Veterans and Services Association, explained that they got a taste of equality while serving, even forming close relationships with their white comrades. “Then they have to go back to being just another blackfella back in their communities,” O’Connell said. Most Indigenous veterans were, until relatively recently, denied access to the Returned and Services League, not allowed to participate in memorial marches, as well as rarely receiving service medals and graves. Until as recently as 39 days ago, one state had even banned the flying of the Aboriginal flag at Anzac Day services.

Considering she immediately took responsibility, deleted the tweet, and apologised for any disrespect; one has to question why Abdel-Magied’s opinion resulted in a call for her head, her job, her citizenship… after all, she is as Australian as I. As a white woman, I could not imagine this level of backlash around such an issue, despite being very vocal about it myself. I couldn’t imagine—and will never have to—being told to go back to a country that I never truly lived in.

I recall Abdel-Magied pointing out during the media frenzy, that she had been the ideal Muslim woman in Australia. She was and is the shining example of the ‘perfectly assimilated Muslim woman’ that the West begs for. Australia demands that immigrants assimilate to ‘our’ culture—let us not forget the fact that our 60,000+ year Indigenous civilisation was violently colonised 230 odd years ago, with an attempted genocide of their culture entirely. Abdel-Magied headed an oil rig, she worked as a mechanical engineer, she founded a grass roots organisation for struggling communities, she won Queensland Young Australian of the Year—all while still retaining her sense of identity and faith, which is undeniably the crux of the problem. Abdel-Magied was the picture-perfect example of a fully-assimilated and functioning Muslim woman, who gave no inkling beyond her headscarf that she identifies with the most stigmatised religion of the 21st century… until she dared to open her mouth.

The tweet turned out to be detrimental to her overall existence in Australia. It sparked a debate about who the real victims of war are, and who is deserving of remembrance on such a day and who is not. The debate also inadvertently highlighted that it is not about what is said, but who it is said by. Unfortunately for Abdel-Magied, she has a little too much melanin and a little too much headscarf for Australia’s liking. The media, the government and conservatives tried to make this about respect for our veterans, but the issue that was really thrust upon the nation was the vicious silencing of anybody deemed ‘other’, despite Abdel-Magied spending more of her life on Australian soil than say… Margot Robbie. I wonder, what if it were Robbie who had posted the tweet?

Isn’t the so-called threat of violence and removal of democracy and freedom of speech (especially for women) exactly what makes Islam so seemingly incompatible with Australia? Isn’t diversity and multiculturalism and freedom at the heart of Western ideology? Do I really need to point out the irony in the role reversal here? This was not about incompatible outlooks on life, this was and still is about the incompatible voices of people of colour on Western soil—in the Trump-era, Australia is not alone in this sentiment.