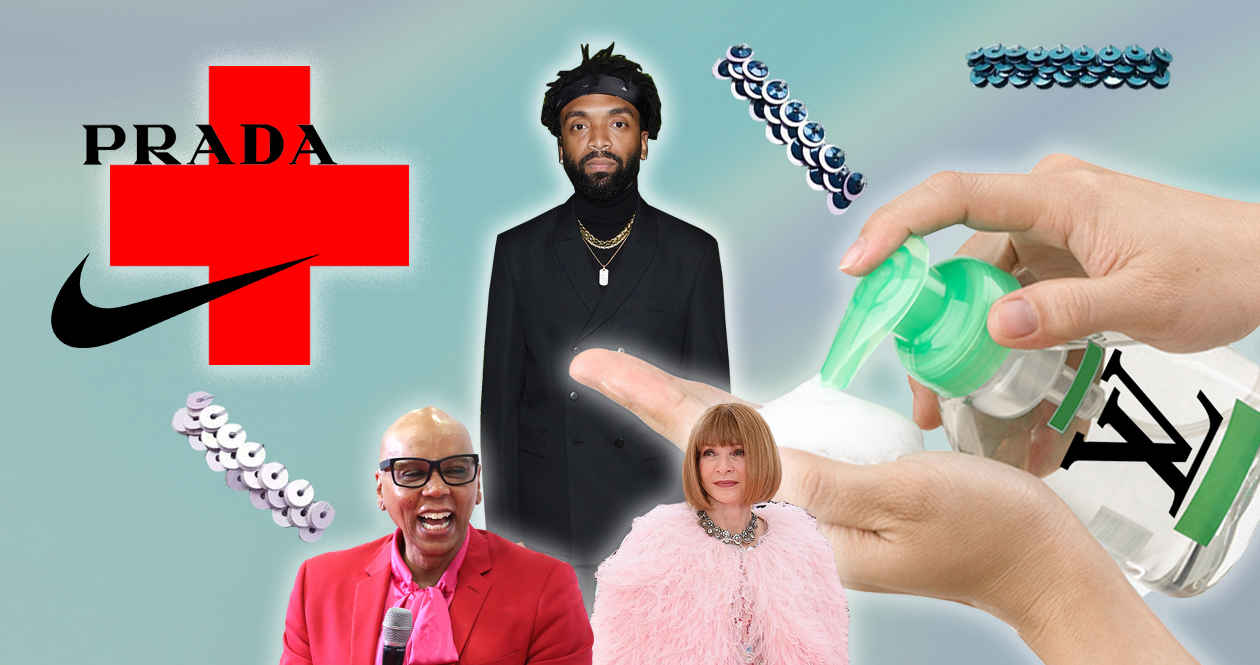 Week after week, coronavirus has dominated the headlines, and this week was no exception. The pandemic basically cancelled the world this week, with many people forced to self-isolate and work from home—so while you’ve been keeping up to date with our corona-coverage, INDIE compiled a list of five things you might have missed in the fashion world this week.

Coronavirus says no. Last week, the Met Gala confirmed it would be going ahead with this year’s event on May 5th, despite COVID-19 concerns, however, plans rapidly changed as New York declared a state of emergency, with a state-wide ban on gatherings over 500 people. The Centers for Disease Control and Prevention also advised against gatherings of more than 50 people for the next eight weeks. According to a Met spokesperson, “in deference to this guidance, all programmes and events through May 15 will be cancelled or postponed.” The theme of this year’s event is ‘About Time’, which has proven to be an ironic detriment to the annual gala.

An exposé by the New York Times this week revealed the exploitative and dangerous conditions of highly skilled Indian embroidery artisans in Mumbai, despite a pact made to protect them. In 2016, the Utthan pact was introduced by a group of luxury houses to protect the safety of Indian labourers and “elevate their embroiderers”. Kering, LVMH, Burberry and Mulberry were among the signatories. However, the pact is not legally binding and many brands have not complied with agreements on minimum wages, minimum hours, working conditions, health benefits or pension—effectively working (and often sleeping) in sweatshops. “Given the product prices, there is a sense that the luxury brands must be doing it right, and that makes them immune to public scrutiny,” said Michael Posner, a professor of ethics and finance at the Stern School of Business at New York University. “But despite the price tags for luxury brand goods, the conditions in factories across their supply chains can be just as bad as those found in factories producing for fast fashion retailers.”

Kerby came through for NYC

Pyer Moss founder Kerby Jean-Raymond stepped up to the plate amid a global shortage of medical supplies, as he converted his brand’s NYC office into a donation station for healthcare workers who need new N95 masks and latex gloves. The shortage has meant that doctors and nurses are either without sufficient safety gear, or having to resort to bleaching and reusing masks. Jean-Raymond posted to the Pyer Moss Instagram account requesting brand new supplies be donated to the NYC office for redistribution, and pledged $5000 toward purchasing masks and gloves also. But that’s not all. Add another halo to this angel’s head, because the designer also pledged $50,000 toward helping independent women and minority business owners, “If you cannot make payroll or cannot cover pressing costs to keep your business afloat, please reach out, let us know what you do and how we can help.” Stronger together.

Amid the pandemic panic, products such as toilet paper, hand sanitiser, rubber gloves and pasta have flown off the shelves as people seemingly prepared for doomsday. The onslaught of panic-buyers meant many people were left without essential products to protect themselves and others—even hospitals and healthcare workers were affected by the shortage. As the pandemic spread across France, LVMH stepped in and temporarily appropriated some of their factories for the greater good. “LVMH will use the production lines of its perfume and cosmetic brands… to produce large quantities of hydroalcoholic gels from Monday,” the corporation said in a statement. For the low, low price of free, LVMH will supply French hospitals with hand-delivered lux hand sanitiser. “LVMH will continue to honour this commitment for as long as necessary, in connection with the French health authorities,” they said. Paris hospitals chief Martine Hirsch expressed gratitude and praise speaking to the French press, “I wish to thank LVMH for acting so quickly: they made us this offer on Saturday night at 9pm and confirmed it on Sunday.” France is currently on a complete and strict lockdown, with all non-essential travel banned within the country for the next fortnight.

HOLD UP. (Non-COVID content) @RuPaul was just on @NPRFreshAir and shared that he & his partner own 60,000 acres in Wyoming & they “lease mineral rights … and sell water to oil companies” and Terry Gross did not follow up with one question about the fact that RuPaul is FRACKING pic.twitter.com/KJanHgi0xI

What the frack is going on at RuPaul’s 60,000 acre ranch in Wyoming? During an interview, NPR’s Fresh Air host Terry Gross was curious as to what he does with so much land. The Drag Race host was happy to explain, “well, a modern ranch, 21st-century ranch, is really land management. You lease the mineral rights to oil companies and you sell water to oil companies. And then you lease the grazing rights to different ranchers.” Perhaps not realising that it was just fancy-speak for fracking, Gross was unfazed by this information and did not follow up with any further questions. Curious about RuPaul’s unchallenged statement, NYU PhD candidate Rory Solomon decided to research further using FracTracker, and found over 35 active gas and oil wells on only 10,000 acres of the Wyoming ranch. “I know RuPaul has been a really inspirational figure for a lot of queer people … but beyond improving the representation of marginalised folks in pop culture, it’s important to recognise that these celebrities rarely embody our broader political aspirations,” Solomon said. Could it possibly be true that the queer icon is just ignorant? Unlikely, considering he hosted a climate change themed Drag Race episode. Even more strangely, he invited green-queen congresswoman AOC to be a guest host on his show this season. Yes, the same AOC that introduced a bill to ban fracking.

COVID-19 has shown us the best and the worst of humanity, from mass social isolation and solidarity, to greedy resource hoarding. The fashion industry has continually stepped up in this time of need, with the likes of LVMH, Moncler, Armani, Kering and many more having already donated to support research, hospitals, healthcare workers, resources and more. The latest came from Nike and Prada; following the closure of all its US stores for two weeks, Nike has donated $15 million to various foundations, nonprofits, and relief funds globally—however most funding will be directed toward relief in its HQ’s local communities in Oregon. Prada, on the other hand, announced in a statement on its website that it has donated six intensive care and resuscitation units to three hospitals in Milan, one of the hardest-hit cities in the world by the pandemic.