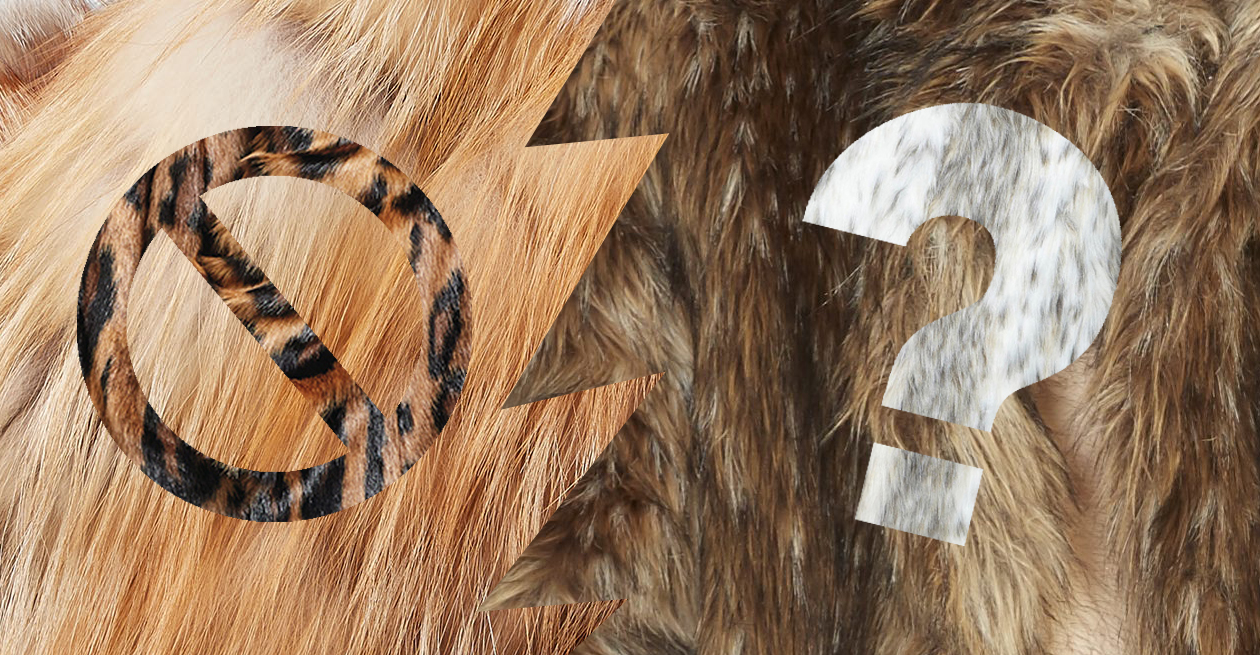 IS FAUX FUR A BIGGER FAUX PAS THAN WE THOUGHT?

At the tender age of 15, I recall watching the Sex and the City movie in horror—but not entirely due to the terribly unnecessary feature-length revival of unrealistic expectations of men and rent in NYC. Let me set the scene. Samantha and The Girls™ descend the steps of a Fashion Week show as she rocks a pristine white fur coat, when suddenly two activists hurl red paint at her, “fur is murder! Muuuuuurder!!” they scream. Whilst I understood that Samantha clearly did not have a live animal draped over her body, cue Carrie Bradshaw: I couldn’t help but wonder… why fur? What about every other luxury supplied to us by a murdered animal?

Ever since I can remember, fur has been fashion’s biggest ethical no-no. After PETA launched its decades-long “I’d Rather Go Naked Than Wear Fur” campaign in 1992, celebrities from Pamela Anderson to Eva Mendes and even Dennis Rodman stripped down to their birthday suit to support the controversial crusade. The campaign was a huge success, leading to what could possibly the conception of cancel culture as we know it today. Fur was cancelled, which raises the question of where vintage fur lays on the moral map. After all, it could be said that keeping fur items hidden away in a closet forever only means the animal suffered in vain.

The go-to counter argument against wearing vintage fur is that it fosters the trend, resulting in a market demand for fashion houses to produce new garments. A gaping hole in that argument would be that vegan products of any kind—including well-made faux fur—would perpetuate demand for the OG stuff. And let’s not forget that buying vintage is far more sustainable than the fake fuzz dominating the market—faux fur, unlike its natural cousin, is produced using synthetic materials which contribute heavily to microplastics in our waterways that harm and kill our marine life. So in 2020, where green is the new black, why are sustainable options being overlooked in favour of extremely specific virtue-signalling?

Products such as leather, silk, pearls, shearlings and down have not faced such an enormous backlash despite their cruel practices to living creatures (spoiler alert: they all painfully die in the end). I can’t say I’ve ever been made to feel guilty leaving the house wearing Ugg boots, a North Face down jacket, my crocodile skin belt, carrying a leather handbag whilst sipping on a full-cream latte, alongside my chicken nuggets—partly because I have never left the house like this, but also partly because that level of stigma simply doesn’t exist for other animal-derived products.

While fur’s naked sister, leather, is often excused as a byproduct of the meat industry, it’s much more complicated than that, especially on a global scale. For one, not all leather comes from abattoirs. But even if they did, I’m sorry to break it to you, if petting zoos are considered a cruel life for an animal, then wait til you hear about slaughterhouses (spoiler alert: they all painfully die too). In poorer nations, people are farming—or even stealing—cheaper animals solely for their profitable skins. (That’s right, your precious Labrador could turn quite the profit.) Not to mention the fact that snakes, crocodiles and other reptiles are rarely skinned and then used for their meat. So by the same logic, we should just stop wearing leather altogether to avoid the demand, right? Wrong.

In 2018, Chanel made a widely-praised move to stop using exotic skins. So virtuous, so brave… but only at face value. In reality, many of the exotic skins sourced worldwide are purchased from indigenous communities that control their local habitats by restoring balance to the food chain, due to a lack of natural predators driven out by human activity—a win-win trade for all parties. In the same vein, not all fur is created equal; with similar conservation efforts in place to control invasive species that threaten to destroy local ecosystems.

Take the humble nutria as an example. Native to South America, the invasive species was introduced to the US over a century ago, and now wreaks havoc on South Louisiana’s ecosystem. The rodents inhale the wetlands as fast as you can scream “muuuuuurder!!!” and subsequently wipe out the habitat for many local species, leading to efforts to reduce nutria populations with a $5 bounty on their heads. The fur proved to be popular for a brief period, fans of the velvety brown pelts included Greta Garbo and Elizabeth Taylor. An encore of popularity ensued in 2010 with the likes of Oscar de la Renta and Michael Kors opting to make use of the otherwise wasted furs.

Other sustainable fur sources have popped up left, right and centre. Sustainability consultant Pamela Paquin noted the amount of roadkill she would pass by on roads and highways, triggering the launch of Peace Fur, designing accessories using the 360+ million animals killed by cars in the US each year. But fur was a status symbol at its peak, and wealthy status-obsessed shoppers might not like the idea of wearing rodents or roadkill, no matter the quality. Mink, fox, rabbit, or bust.

Farmers routinely cull rabbits and foxes to protect their crops and livestock—two of the most widely worn luxury furs. I recall a haunting image that a farmer posted, showing off over a hundred dead foxes hanging from a fence after a single cull. This kind of agricultural management is common practice all over the world, but the fashion industry don’t seem to be interested in conceiving initiatives to work with pest controllers. If Supreme can collab with a dead rapper, then I’m sure Chanel can collab with a dead fox.

Let’s face it—Kim Kardashian continues to wear box braids after being dragged a million times for it. Young “abstinent” Bible Belt teens are getting knocked up after sinful sex. And enough people still buy brand new fur products amidst the resounding screams of bloody murder. The lesson here being that enough people will do, eat, drink, watch and consume whatever they feel like. This was (almost) evidenced by @PAM_BOY’s now-deleted hint that a major fashion house has been purchasing fur under the table for VIP clients who simply don’t want to wear faux—a needlessly private and shameful transaction that could be replaced with a cruelty-free, sustainable alternative. Sans secrets.

Nevertheless, PETA last month finished their iconic campaign against fur after 30 years—popularity prevailed. Labels were shamed, guilted and shunned into stopping the use of fur, and PETA has now claimed success. While I don’t argue that their success is an inherently negative thing, it does paint the issue as very black and white. The hard stance does not address the nuances of the ecosystem—whether it be habitat and species management, to the pollution created from synthetics. Alternatives are being overlooked, including sourcing ethical fur or simply using and/or repurposing what is already available—like your grandmother’s fur coat.

While agriculture is responsible for a huge chunk of our CO2 emissions and deforestation (you know, the same industry that lends innocence to our leather obsession), the fashion industry should be questioning where fur can fit into a cycle of sustainability. With microplastics polluting and killing our marine life, has this monumental guilt-trip just pointed the Grim Reaper from one animal, to another not-as-cute animal?