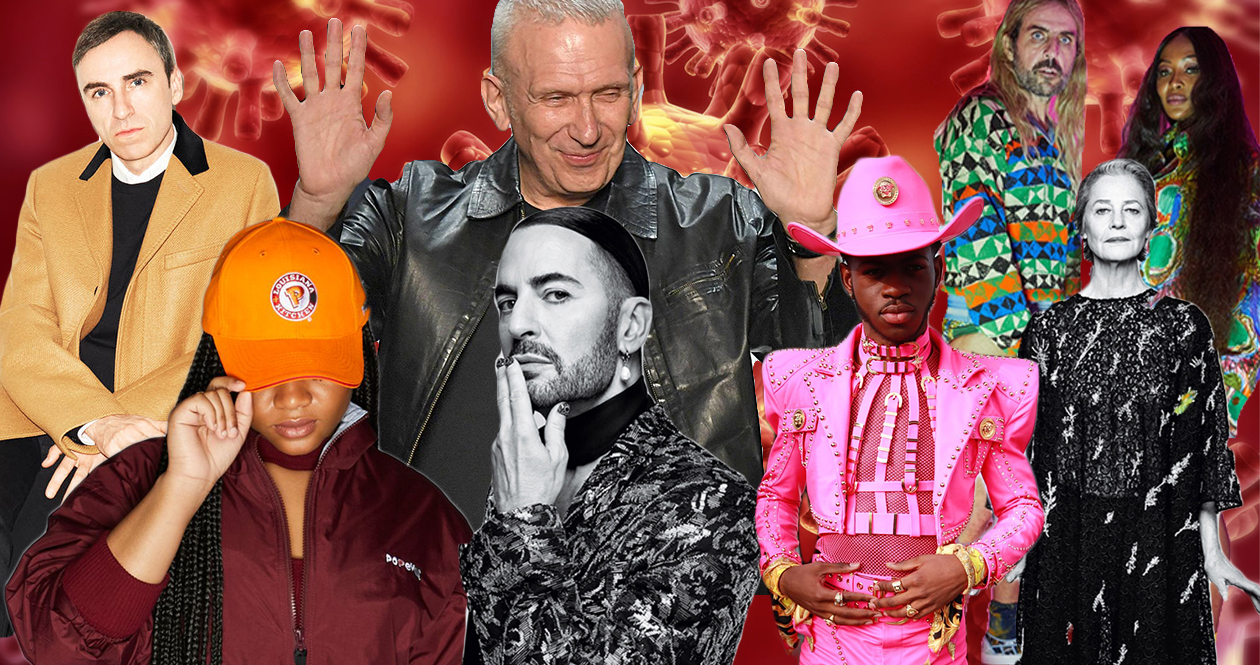 With the tragic loss of Kobe Bryant and his teenage daughter in a helicopter crash, and Ozzy Osborne contemplating death after his Parkinson’s diagnosis—along with the Coronavirus outbreak from Wuhan, this week seems to be bringing us never-ending stream of bad news. To take your mind off the bad stuff, INDIE has rounded up five things you might have missed in fashion this week:

Raf rumours lit up the internet

Heard from several very creditable sources (internal and external) that Jean Paul Gaultier handed his house to Jacquemus. If the deal is sealed, you heard it here first.

Last week, INDIE reported on Jean-Paul Gaultier‘s departure from the industry with his final show being held at Paris Fashion Week Men’s—but rumours are already circulating that Simon Porte Jacquemus may be taking over, despite having never designed couture. Similarly, Wall Street Journal Fashion Editor, Jacob Gallagher, stirred gossip after claiming in a now-deleted tweet that Raf Simons may be heading over to Prada… or was it Miu Miu? Who can keep up? Considering Simon’s previous affiliations with Prada Group, it wouldn’t come as a complete surprise. Nevertheless, rumours are running wild—and Prada has declined to offer a comment—which seems to have only further convinced fashion fans that something is brewing.

A post shared by Popeyes Louisiana Kitchen (@popeyeslouisianakitchen) on Jan 29, 2020 at 7:51am PST

This is usually the time that @Diet_Prada dishes the cheap imitation goss—but the famous Instagram account seems to be silent in regards to the new bizarre clothing drop from American fast-food chain Popeyes. Beyoncé had recently released an adidas x IVY PARK collection that is eerily reminiscent of the chicken restaurant’s uniform—and Popeyes has now clapped back with a copycat collection and matching copycat photoshoot to boot… modelled by actual employees. The stunt clearly highlights similarities between Beyoncé’s collab and their own uniform. So which came first? The chicken or the Bey? A representative from Popeyes released a statement saying “based on the hype surrounding the brand in recent months, supply likely won’t last long.” Considering Beyonce’s adoration of the chain earned her free chicken for life, it’s not a stretch to assume that this was a master marketing plan devised between the two.

Lil Nas X had no time for homophobic rants

damn i look good in that pic on god https://t.co/dIIKzTFa6X

In case you missed it, Lil Nas X won two Grammys over the weekend—but he also won our hearts with an all hot-pink ensemble courtesy of Versace—and to top it all off, he also won the internet with his clap back at anti-gay rapper Pastor Troy, who ranted on Instagram about the Old Town Road star’s grandiose getup, stating “Welp, Guess I won’t be winning a GRAMMY…If this is what I gotta wear. They love to push this shit on Our kids!!” There is not enough time in the world to unpack everything that is wrong with that statement, so Lil Nas X responded in the only appropriate way, with a tweet simply stating the truth: “damn i look good in that pic on god”. Damn right, he does.

The pneumonia-like virus coming out of Wuhan is taking lives and dominating headlines this week, with the World Health Organisation declaring it an international health emergency. The ripple effect of the outbreak has hurt the stock market, and luxury fashion brands have been hit hard. According to Joëlle de Montgolfier, director of consultancy Bain & Company, claims that the coronavirus could have a “double whammy effect” on the luxury sector. “Not only will Chinese people buy less domestically during the key New Year shopping season, they will also have to cancel trips abroad, during which they often buy luxury goods,” she said. Chinese shoppers account for 35% of luxury sales globally, and contributed to 90% of last year’s growth in the sector, according to Bain & Co. Coming into Fall/Winter Fashion Weeks this month, tourism and retail are expected to take a massive blow with travel restrictions being put in place coming into peak shopping season. Top industry leaders such as LVMH, Moncler and Salvatore Ferragamo have already experienced losses—there have been declines of up to 4% in early trading, clearing a massive $15 billion off the sector’s market value already.

Givenchy and Vivienne Westwood have the industry talking, as they both put their most iconic feet forward for their Spring/Summer 2020 campaigns. Westwood, 33 years after having first worked with the supermodel, has fronted Naomi Campbell for her SS20 campaign—shot by none other than famed German photographer Juergen Teller. The colourful, oversaturated footage and imagery show Campbell alongside Westwood and her husband Andreas Kronthaler. On the contrary, Givenchy debuted their Spring/Summer campaign with a black-and-white vintage style video, featuring “the iconic Givenchy couple”—Charlotte Rampling and Marc Jacobs. The subtly surreal monochrome film portrays Rampling as Jacobs’ acting coach, all while showing off Givenchy’s Spring/Summer beautifully embellished collection. The most iconic moment? Jacobs being blessed with a slap in the face from Charlotte Rampling herself.