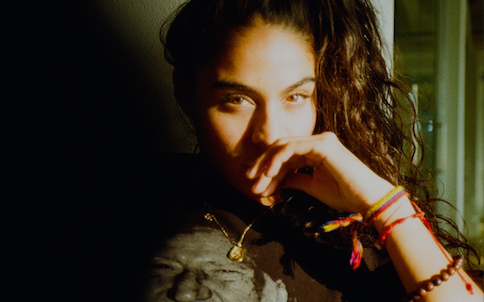 Whether her mother expected what all it’d lead up to when she signed up her then 3-year old daughter for Piano lessons in the basement of a Pizza Hut or not, Jessie Reyez has made quite an entrance—or entrances plural—into the music world. Since her 2016-breakthrough hit that’s garnered close to 100 million streams on Spotify alone, the singer’s accumulated wide-spread praise for collaborative efforts as well, maybe even more so than for material solely under her own name, having written songs with and for mega stars like Calvin Harris, Dua Lipa, Sam Smith and Eminem. But as the sun sets on 2019, the 28-year old rides a smooth wave out, prepping to commence the new decade by claiming the spotlight both her skill and personality deserve. Following the drop of her most recent single—plus a much talked-about video— and a long-anticipated debut album almost in reach, we met up with Jessie as she shared  anecdotes on her multicultural heritage, the importance of spirituality and how she once stage-dived into a festival crowd to escape a security guard.

“It’s always sunny when I come here,” Jessie tells as she takes seat on the couch at her label’s Berlin office site. “Not that it’s ever been warm, don’t get me wrong, but at least the sun’s out,” she chuckles—a somehow odd-feeling observation to be made by someone who has spent most of her life in Canada, a part of the world not necessarily renowned for its tropical temperatures. Reyez is the child of Colombian immigrants, and was raised in Toronto, both of which she attributes to her personal and creative upbringing: “I love my city. For one, because I come from an immigrant family. In Canada you’re encouraged two wave both flags, mine being both the Canadian and the Colombian, cause that’s the blood that I carry in me,” she says before elaborating on her hometown’s richness in talent and diversity. “I think that because we have massive global artists now with a megaphone at hand, saying ‘Toronto is my city’, it’s added gasoline to the there-living artists that are still on their way up. I feel like it’s in a fucking renaissance. It’s not just music, it’s sports, acting, all kinds of arts. It’s like a pot that’s been boiling for a long time. The floodgates are open.”

And the singer’s proud flag-waving comes in strong in tracks like ‘Far Away’. It’s an unpretentious, almost vague love song, easily accessible, easily relatable, easily digestible. But its accompanying visual takes things further,  adding a layer of meaning Jessie herself didn’t quite come to understand until the track was already finished. Asked about why she chose to turn the breezy R&B tune about long-distance-lovers into a statement on behalf of those affected by incomprehensibly cruel measures of immigration control, she explains that “a line that kept coming back to me was ‘the government wants us to break up’. The song came together very naturally, it wasn’t until after that it stuck out that way and resonated with me on more than one level. It’s in the news every day. Families ripped apart, kids held in detention centres. Because I’m Latina, it’s really easy for me to sympathise and empathise with a little girl, that looks like me, screaming, crying for her parents. I think of me. It’s hard not to think of yourself or see your reflection.” 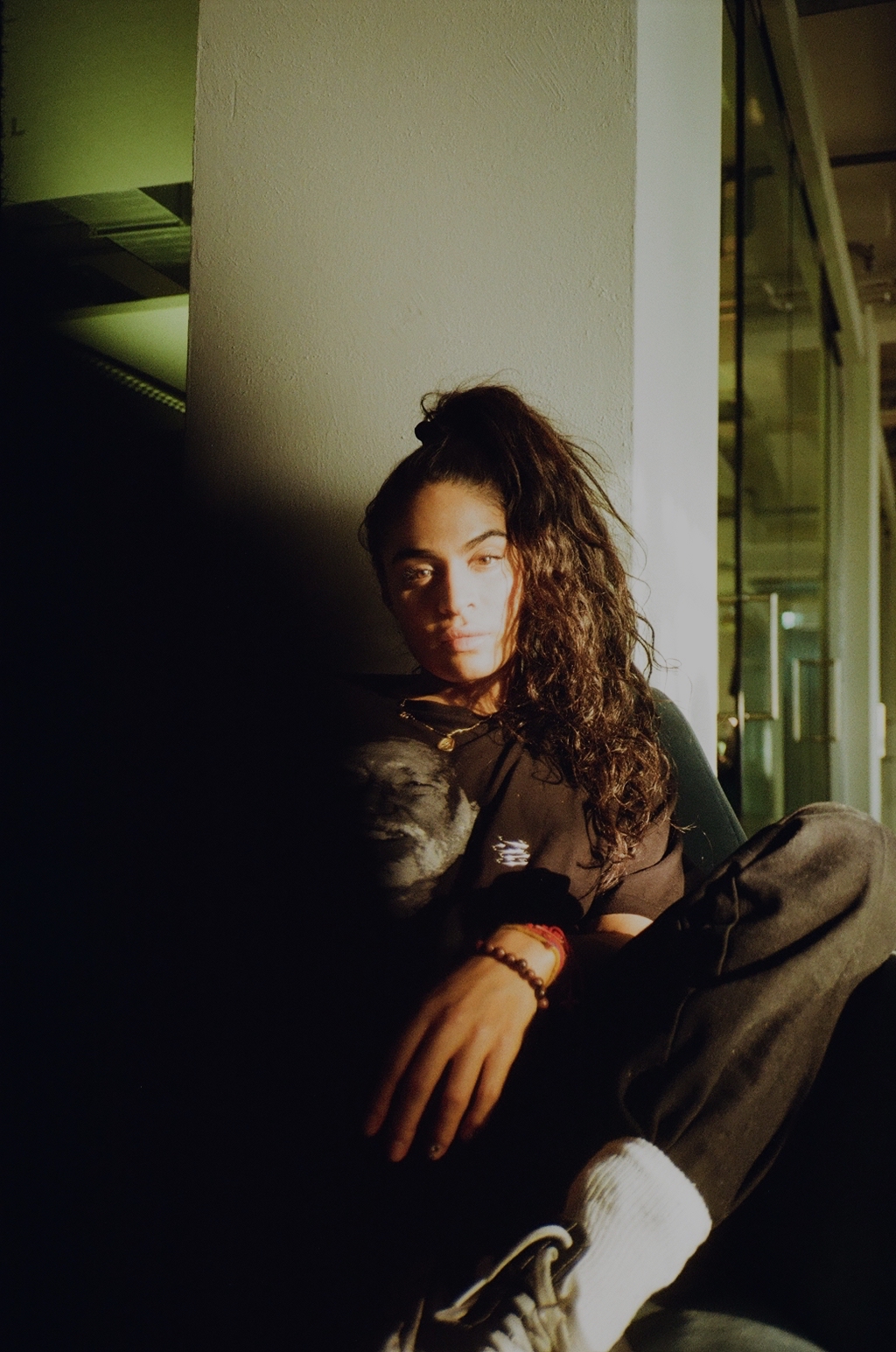 Nevertheless, Jessie explains that her music’s never purposefully entailed a predetermined political angle, unlike Taylor Swift-esque grand spectacles of solidarity for those oppressed by the establishment. “It’s more so a progress, an idea that developed circumstantially,” she explains. “I was watching these videos and was crying over them, I was carrying these feelings in me so it only felt natural to incorporate that into taking the song into the next creative realm, the visual realm. It’s a reflexion of my emotional reality.” Not to say there is anything wrong with fleshing out a song in total awareness of whatever message it may or may not convey, but Jessie’s work here is carried by an effortless frankness and goes to show how music and the way we listen to it, what we hear and what we see, can change, adapt and fluctuate—just as the world we live in, the states of both culture and society, can.

As we speak of these things, the topic of social media becomes inevitable. The day of our interview, Elle Germany’s Instagram account became a target of angry and appalled users, attracting some more, some less constructive criticism as to how their interpretation of promoting models of colour failed to succeed – in every way. Presumably unrelated, but within hours, former US president Barack Obama condemns internet “wokeness” and the call-out-culture it has birthed for not being actual activism. With nearly 1.5 million followers to her name, Jessie Reyez is no stranger to the catharsis and calamity of manoeuvring through the digital world. “Everything we’re dealing with here has to do with gate keepers,” she says.  “It’s about accountability. People are so tired of these bland and empty apologies that have no residual effect on the changes the oppressed or mistreated are asking or looking for.” And in regards to the harshness of language often resorted to by those offended, the singer is clear. “You can’t please everybody in these conversations. If overstepping boundaries is what it takes, then so be it. To caution or even restrict people in how they articulate their dismay is basically encouraging them to going back to not saying anything at all. […] Some people just downright deserve to get shit on. Sometimes you deserve to be told you’re an asshole. If it’s too crude but at the same time it’s actually furthering change, then I think it’s valid.” 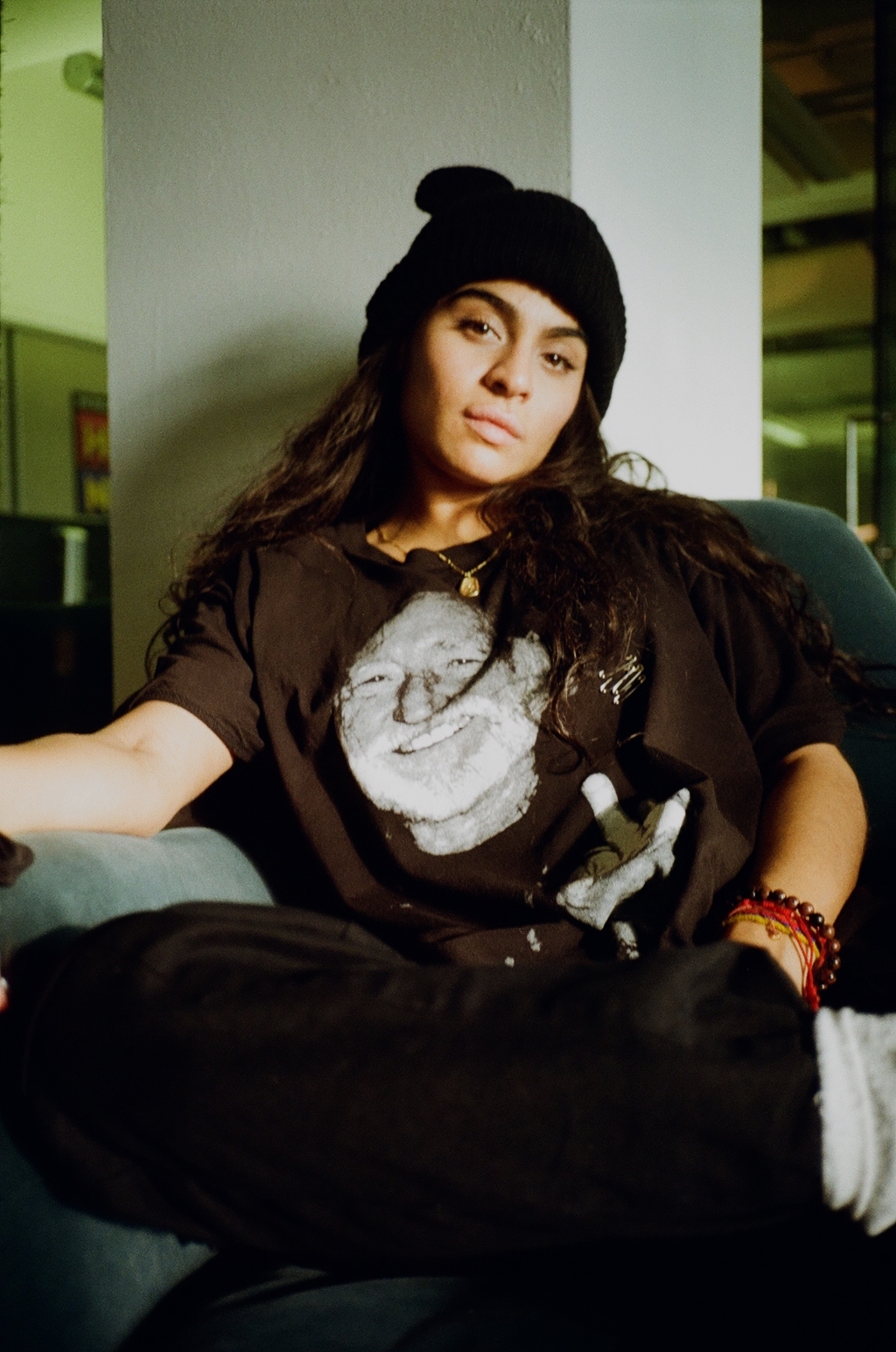 Steering the conversation back towards the music side of things, we speak of how her mother’s faith helped guide her through crafting both the upcoming record, thematically, and, in essence, her own belief system: “My mum raised me very religiously, but not imposing,” she says. “I was able to observe and educate myself on spirituality by witnessing her relationship with God. Because of her faith, she always had mortality in mind. She would always bless me before leaving the house. Anytime plans were made she would say ‘If god allows’. Anytime I’d ask her, you know, are going to see so and so, she’d reply ‘yes, if God allows’. It made me aware, by default, of the concept of a quote I heard much later in life. ‘Man makes plans and god laughs’— as much as we think we’re in control, life as we know it can change in split seconds. Whatever it is you believe in, it helps to be aware of the fact that, no matter what, whether you behave good or badly, it can change just like that, it can all be over so quickly.”

For the album, Reyez looked deep into  the relationship between love and death, the characteristics they share and those that differentiate them from one another. “I looked at love in the darkest way. It’s so cliché how we all aspire to meeting the one love of our life. Meeting that person can also mean though that you’ll meet the person that’ll hurt you the most. If that’s the person you love the most, you’re basically putting the gun in their hand.”

It is with this awareness for both ecstasy and tragedy, so it seems, that Jessie Reyez has attempted to seize every opportunity presented to her, specifically as means to kickstart her career. “When I was 18 years old I went into a rave in Toronto and took some mixtapes with me. I snuck on stage and tried to give one to Calvin Harris. He laughed, I was like ‘please please’, and his manager or assistant or whoever took it and the security personnel came to kick me off and I just stage-dived into the crowd to escape.“ Fast forward a good seven years, and Jessie was called to work with Harris on what would become his most successful album to date. Wether or not these two instances are linked is as questionable as the idea that Mummy Reyez knew what she’d set ablaze when she forced a Pavarotti-obsessed toddler into the hands of a music teacher. Still, it feels almost too perfectly fitting, a full circle experience. And circles, unlike the linearity of life, love and death, have no definite start or finish.