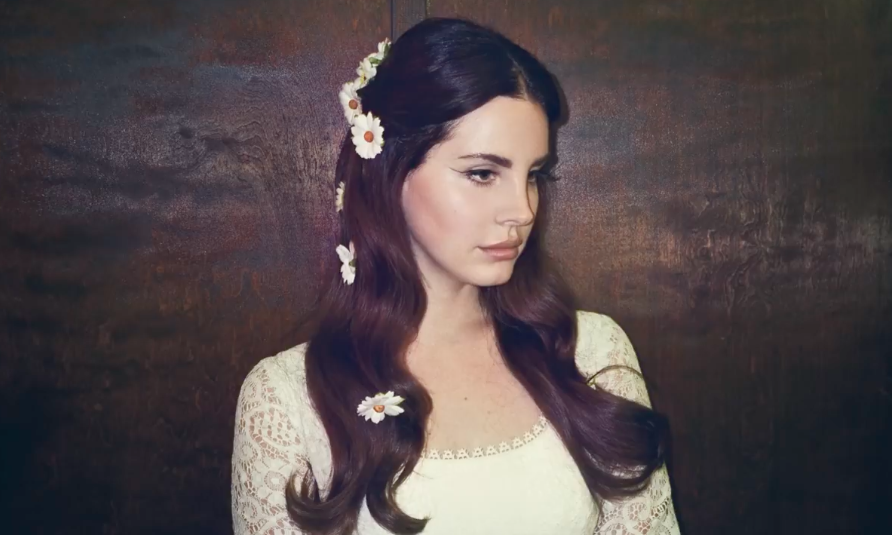 In the opening verse of the titular track of 2012’s Born To Die, Lana Del Rey pleads for her feet not to fail her, but instead to take her to the finish line. It’s an odd way to begin an album, it seems before it reveals itself as a prophecy in reverse. Had one known then of the bitter-sweet journey this damsel in distress was about to take the world on, maybe those opening lines would’ve evoked more gratitude. What initially reads as slowly approaching the end of a long-travelled path—the record’s only hint at hope, to finally arriving someplace far nicer than what one has left behind—is somehow revoked by what follows. “My heart it breaks every step that I take,” she whines, still “hoping at the gates they’ll tell me that you’re mine.” Pinning her worth to a barometer controlled by everyone but herself is a motif that ties together the majority of Elizabeth Grant’s musical alter-ego’s premiere arc. And spectators couldn’t help but wonder, “is it by mistake or design?”

Defying what nay-sayers assumed at the time of her surfacing, Grant has proven time and time again that the palace she’s steadily and carefully built atop and around the Del Rey figurine is one of architectural—or artistic—intricacy. From the get-go, the now-34-year-old singer/songwriter was exposed to all that is wrong with the entertainment industry. From cruel, sexist judgment to questioning her authenticity and talent in their entirety, Lana Del Rey has always been, and probably always will be, a divisively controversial heroine of 21st-century pop music. She is the figurehead of an entire generation, her catalogue of work posing as a chaptered guide through the emotional calamity of young millennials coming of age in an era of capitalist narcissism, internet melodrama and rigorous politics of state and identity. Album for album, the New York City-born songstress manoeuvred between macabre self-pity and wistful observations of the zeitgeist, both of which usually by serenading an elusive, abusive shadow of a man.

Weaving together bits and pieces of nostalgic American iconography, tabloid history and everything anyone that’s (n)ever been to New York would imagine the life of a rebellious, promiscuous Big Apple debutante to be like, Born To Die was an artist’s introduction so bizarrely over-the-top, it made the idea of the American Dream it so often referenced feel more like an American Nightmare—at least for women. “We don’t stick together cause we put love first,” she declares on the album’s closing track, the only song that, before its chorus, appears to widen the lens, promising a sense of female unity in the eyes of the mostly toxic, male energy that is catered to beforehand, only to have it snatched away by said lyric. But Born To Die is beautiful despite and because of being so camp, so agitating at times, so relatable and so painful in its unhealthy obsession with money, men and melancholy. In their theatrical ways, the album and tragic leading lady embody the superlative of naive, overbearing, self-loathing behaviour we’ve all displayed, in one form or another, somewhere along the road from mid-teens to mid-twenties.

2014’s sophomore feat, Ultraviolence, would further ripen Lana Del Rey and the dreamscape of dive bars, booze and beaches, seduction, self-deprecation and Old-Hollywood symbolism she resides in. Prior to its release, Born To Die-accompanying Paradise EP’s lyrics à la “Elvis is my daddy, Marilyn’s my mother, Jesus is my bestest friend” or “Heaven is my Baby, suicide’s her father, opulence is the end” would foretell the psychedelia-rock-heavy, sincere-feeling, yet morbid direction of the album. And as even gloomier aesthetics took centre-stage, the supposed predictability of who or what Lana Del Rey actually was, fleeted. Tacky attempts at outing her as an industry plant now felt futile. Too dark were the contents, too profane, too explicit to justify doubt about the artist in question and her work’s actual depth.

This would be how Lana would continue to progress, alongside us, or maybe even leading the way. Though eye-winking songs such as ‘Fucked My Way Up To The Top‘ or ‘Florida Kilos‘ beg to differ, and lines like, “He hit me and it felt like a kiss” are uncomfortable read aloud, the perks on Ultraviolence would transport into Del Rey’s later efforts as well, offering characteristically polemical, but more sophisticated contemplations on the dynamics of dysfunctional monogamy. So, though at times equally pompous in their poetry, Ultraviolence and cinematically crystal-coated, California-Goth successor Honeymoon serve not only as pillars for Del Rey’s artistic manifestation, they also reflect how the older we get, the more serious our relationships end up becoming, the harsher is the damage we’re at risk of suffering in case of decay.

Not until 2017’s Lust For Life did Del Rey move past her You & I / Me & Him-perspective, shed the molasses and acknowledge—more so than ever before—that there is more to planet earth than mazes of thorny roses, isolation and yearning for men devoid of the ability to ever really give her what she wants, needs or deserves. The album’s lead-single, ‘Love’, is stellar. It finds Del Rey zooming out of her regular point of view, watching and rhapsodising from up above about young romance, the beauty and banality of youth. “Look at you kids with your vintage music“, she swoons, older and wiser. At the same time she adapts, she realises on a grander scale that however chaotic and depressing emotions of love and loss can be, there are also moments of ease, purity, innocent joy, light that radiates, exuding warmth instead of cold: “I get ready, I get all dressed up / To go nowhere in particular / It doesn’t matter if I’m not enough / For the future or the things to come.” It’s almost as though she is poking fun at a younger Del Rey, one too consumed by what’s eating at her, too preoccupied with negativity, saying “Don’t Worry Baby”, to the “kids” and, presumably, her past self.

Unlike most of her peers, Lana Del Rey has never been political in public or in her music. Only recently, by delving into a more positive self-awareness, has the singer broadened what she speaks of in song to topics that touch on contemporary issues more specifically. But in retrospect, Del Rey’s lyrics connect dots far outside of her personal realm. 2012’s ‘Cola‘—the subtle archetype of everything that is Lana Del Rey—paints an uncanny picture of all American, all-too-deceiving glamour, hinting not only at her Pepsi-flavoured genitalia, but also at Harvey Weinstein and his “diamonds”, making her crazy, before singing of sleeping with older men whose wives won’t mind. But with a personal shift in perception, the decision to no longer use the American flag as a prop in her shows, and her unwillingness to stay silent in a Trump-era America, her music followed suit and took aim at the world around her more literally. Lust For Life features a handful of fantastic examples of Lana taking a step back, becoming an observer more so than the possessed, blinded protagonist—’Coachella – Woodstock In My Mind‘ and ‘God Bless America – And All The Beautiful Women In It‘ are case in point.

But it’s with this year’s fresh-off-the-press drop by the name of Norman Fucking Rockwell! that Del Rey perfects the symbiosis between mindful witness and soul-baring, storytelling femme fatale. Where once was cheeky trip-hop is now earnest, philosophic baroque rock. Where once were lyrics like “I wish I was dead” and live-fast-die-young-allures, are now clarifications along the lines of “You took my sadness outta context” or “I ain’t no candle in the wind”.

It’s almost as though she had planned precisely every step of the way. As though with every song, every sensual hum, every desperate coo, she knew she was one day going to conclude in a project so elaborate, so strong and equally delicate, it’d suddenly make all of her previous output feel ahead of its time. If there ever was a line drawn to distinguish Lana Del Rey from Elizabeth Grant, it is now as blurred and as thin as it could be before completely dissolving. And if there was ever a moment we’ve felt out of touch with the singer, by now this moment will have passed. Lana Del Rey is a modern classic. She qualifies as such because she never compromised on her style, the things that made us fall in love with her in the first place, while simultaneously managing to evolve with every move made, with every year passed. “The culture is lit and if this is it, I had a ball“ she reminisces on “The Greatest“. Breathy vocals, celebrity name-dropping and a slightly dystopian atmosphere deliver what original fans long for on an LDR-track, but proves, too, she is at her best when paired with sparse, honest, un-accessorised instrumental arrangements. She’s grown up, and so have we.

In a world that seems to be spiralling out of control, Del Rey widened her field of vision, received a wake-up call and took the focus off of her singular narrative. The way her art has blossomed is, for a multitude of reasons, like a mirror for how both Gen Y and Gen Z have advanced throughout this past decade. The tight grip we’ve had around ourselves, the self-indulgence, the fixation with both good and bad aspects within us as individuals, has loosened. We’ve, by our own fault or not, been summoned to look beyond the borders of our subjective frame. In all frankness, getting here was a disillusioning process, for sure, for everyone. And, yes, in the most troubling of times, hope is indeed a dangerous thing to have. But if Lana Del Rey has it, then so should you. Feet? Don’t fail us now!