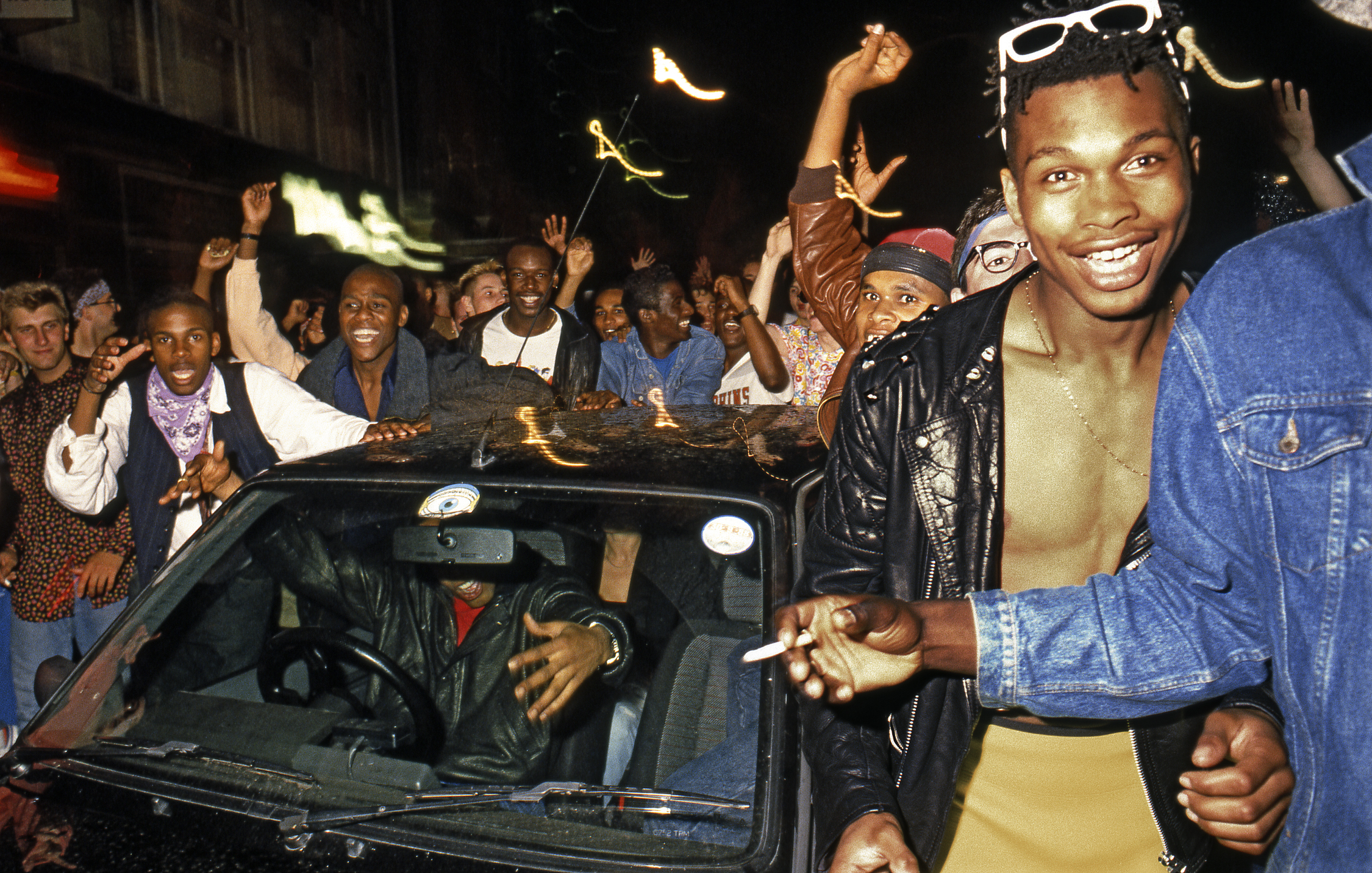 Destruction of the ego, altruism and enlightenment—no, not Buddhism, but some of the tenets of UK rave culture cited by its most ardent enthusiasts. But to understand the genesis of rave, you first have to understand what it was up against. Inclusive, rebellious and optimistic—for all of its positivity and spontaneity, the UK rave scene was born as a middle finger to Thatcherism, greed and classism. Now neatly plotted as a subculture within a finite timespan of the ’80s and ’90s, during its heyday rave was the “name for the revolution, not less than that”—at least according to Techno Station.

Finding its form in the now-legendary London Mud Club and Manchester’s Hacienda, UK rave culture was born from Chicago’s acid house scene, it encapsulated the same trippy zeitgeist of the ’80s and ’90s that Sweet Harmony: Rave Today tries to capture. Presenting an intentionally non-linear immersive experience, the exhibition currently at London’s Saatchi Gallery showcases the work of those who not only captured the UK’s rave scene but experienced it first hand, with the scars to show for it.

“This was my first ever New Year’s Eve rave,” says photographer Molly Macindoe of the image above—”the largest-scale party I’d been to so far, plus it was my first dangerously adventurous entry into a building. I scaled an outer wall, precariously navigated over barbed wire, shimmied down a few feet of gutter pipe and then dropped 10ft to the hard concrete yard, landing badly—my hand and leg were in pain all night…but we were in!”

Seeking to eliminate divisions and barriers of entry—and enjoyment—the rave scene was as much about joyful abandon as it was about the music, and the photographs in Sweet Harmony—named after the pinnacle ’90s dance track—hone in on exactly that.