Steve Lacy is the type who leaves his dating bio blank. “It’s just boring,” he says, clearly bored. While there’s no real telling what it must be like to be only 21 and have already achieved some of the most sought-after markers of musical success (Grammy nomination, production credits with likes of Kendrick Lamar and Solange, critically rated debut album, you know—the usual) but it seems far from boring. “Sometimes I bore myself, you know,” he says when contemplating the difference between working collaboratively and pursuing solo projects. “It can also get a bit repetitive.” When asked about the challenges of creating his first album Apollo XXI, outside of his now-fabled collective The Internet, Lacy says, “I would have liked a fresh ear or fresh opinion.”

Oscillating between extremes; solo versus joint effort, indifferent versus practically emphatic (when discussing fashion or vegan restaurants in LA), the singer-songwriter-producer is seemingly jaded (again) with any limitations or labels. Comfortable with contradiction, one minute he’s saying; “I don’t really think about the future,” and then the next he replies; “Think things through a bit more. Plan everything out more,” when asked about what he would have done differently with Apollo XXI. And maybe that’s the secret sauce—along with not giving an F because Thundercat said so. “That was the best piece of advice I’ve gotten.” With a cool insouciance that is immediately detectable, it’s hard to believe that the Compton-born-and-raised polymath ever needed this advice. “I think it’s about knowing the power within yourself and knowing how much of yourself to let go,” he says and you’re left with no choice but to believe him. 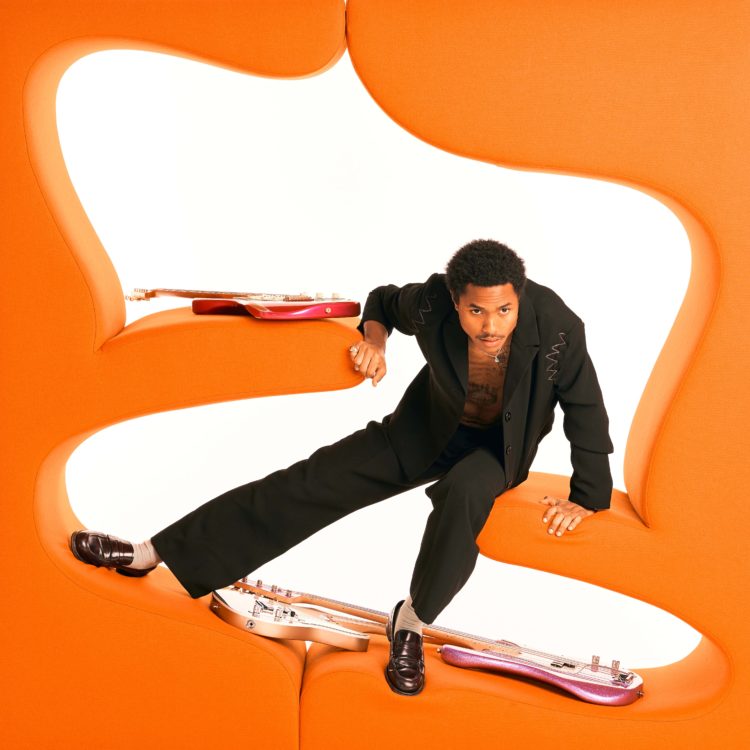 Mastering Guitar Hero as a precursor to learning the actual guitar, making beats on an iPhone before working in a studio with industry greats, it seems like the journey from play to work and back again is a theme in Lacy’s career. “It’s always play,” he affirms. “People make it serious, but I’m always in a playful mindset.” Anyone who has searched ‘Steve Lacy’ on Instagram would already know this about him anyway. Gazing into the camera lens like it’s his lover, strumming the guitar with an apparent laziness that only years of graft could yield, this James Michener quote comes to mind:

“He simply pursues his vision of excellence at whatever he does, leaving others to decide whether he is working or playing. To him he’s always doing both.”

Maybe it’s because he’s been working—rather unconventionally—since he was in high school or maybe he just is, to use his turn of phrase, “kinda sorta not really” a bit of a workaholic, but Steve Lacy can’t wait to get back from the holiday he hasn’t even begun yet. “When I get back to LA, I’m grubbing really nicely.” About to embark on a three-day break in Marseille at the time of our interview, Lacy says he yearns for a routine but his transient lifestyle means that it’s near impossible to achieve. But then again, a routine sounds a lot like commitment for someone who has a tattoo of an astronaut which reads; ‘Trust me I’m gone’. “It was a quote that my friend says and I just kinda had it in my notes. Trust me I’m somewhere else. Somewhere where no one really understands or can relate. I don’t really like deep meanings, it’s kinda funny.” 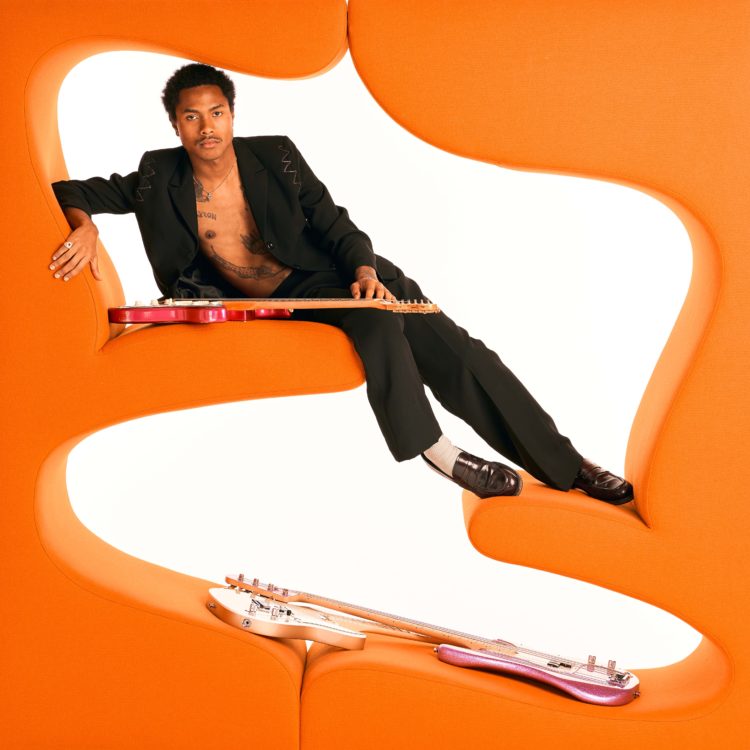 While he might avoid deep meanings when it comes to tattoos and dating profiles, Lacy draws his inspiration from the extremes. “I’m either going through a tough time in my relationship or a really good one. Never the in-between. It’s either really bad or really good, I’m trying to break out of that. It’s just what it is right now.”

Do you think you make better art if you’re in love?
Kinda sorta, I think it’s what inspires me right now or has for a while.

Are you in love right now?
Something like that. I’m always in love.

Always in love. Always working. Always growing. The Steve Lacy you think you know is probably gone by now. “I’m constantly reprogramming myself so I can grow more.” And who will Steve Lacy be next? That’s the wrong question, or maybe, as Steve would put it, that’s the boring question. “I don’t give too much weight to the concept of identity.” Shapeshifting from the guy in the background to the one who “enjoys a little attention”. Split between projecting a detached apathy and lowering the veil with earnest lyrics like, ‘How many out there just like me? How many work on self-acceptance like me?’ Lacy seems to see identity as something to transcend as he cycles through as many ways of being as he can as if striving to reach his final form. Like an astronaut in space, he’s looking for a new world. “I’m learning and experiencing things, growing up really fast. I’ve learned a lot.” 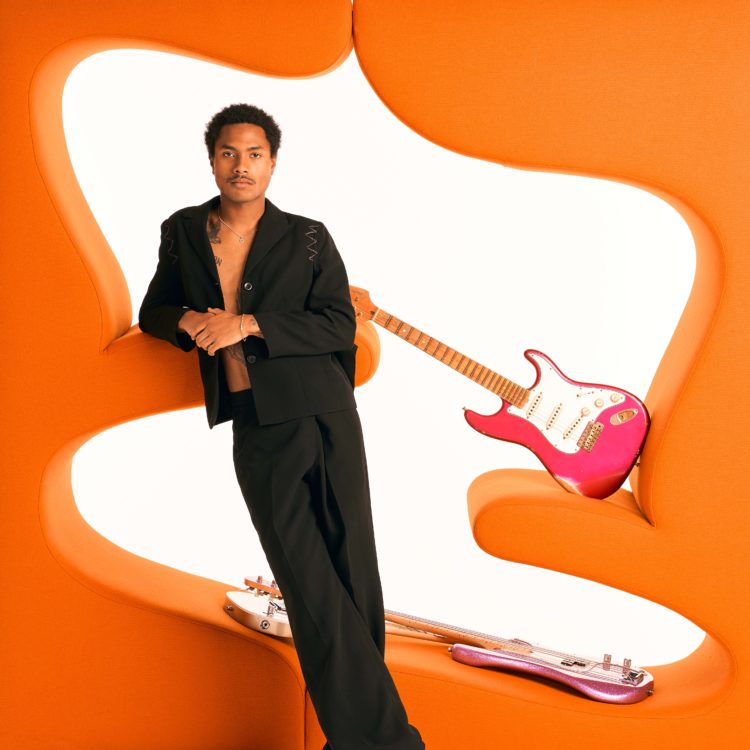 When you’re feeling uninspired what do you do?
I go find new things to inspire me.

What was the most unexpected part of the album-making process?
I don’t have expectations so nothing is unexpected.

Behind the reticence, behind the deadpan answers, there’s a kid who doesn’t want to hold back. Not even a little bit. Not when playing, not when falling in love, definitely not when making music and not even when celebrating his birthday. “I celebrate myself year-around. So when my birthday comes around I did all the celebrating. This year I was just like ‘Okay I’m gonna drop an album’ and I bought a car so that was kinda cool.”

Is there anything you’d like to see in a story about you?
No, not really, I don’t really care. As long as you include that I’m cool.

What’s cool?
Cool is a very nice person, a good person. Not too pretentious, I can chill. I’m just cool.

You’d think that by stating you want to be cool, you would automatically take yourself out of the running, but part of Steve Lacy’s appeal is that he does things that shouldn’t work and somehow they just do. Like making a shit-hot album in only a month, like saying, “I don’t care to be anything else, I just want to be cool.” Lacy calls our bluff on the rules and then you realise, of course, yes, he’s been playing all along.