IT’S TIME YOU GOT TO KNOW NILÜFER YANYA

It all started not that long ago, in 2016, when a young Nilüfer Yanya covered Pixies’ iconic track ‘Hey‘. Suddenly, the UK’s press was ablaze with praise for the enigmatic newcomer, her breakthrough single ‘Keep On Calling’ placing her on the map of the indie music blogosphere and prestigious publications à la Pitchfork alike, mounting in the BBC claiming Yanya to be “one of the most promising artists of the UK,” drawing stylistic comparisons to music‘s favourite weirdo, the equally, ridiculously talented King Krule.

“I was always surrounded by paintings and we would always visit galleries and exhibitions,” Yanya recalls of her childhood in West London. “Sometimes I feel like I grew up in a museum. My parents are visual artists—they’d paint all the time. Being around creativity at a young age makes you not think about creativity, you just make things. You’re not actively thinking ‘oh, I’m a creative’, it just spills from you, it’s normal.”

Through her sister, Yanya came in touch with new media alongside her parentally-instilled interest in fine art. She would model in her sibling’s film and photography experiments—the same sibling who would also introduce her to contemporary music, at the time, in shape of a compilation CD of skate- and pop-rock. Nonetheless, Yanya denies having ever had an idol of some sort, a specific favourite artist or band to look up to for inspirational guidance, and instead simply absorbed by listening to music on the radio.

“Even though music was never a big thing in my family because my parents are really into their work, my mum made me learn piano by the age of six,” she explains. “That’s probably what gave me the foundation.” In addition to 12 years of piano training, Yanya would later also grab hold of a cello and a guitar, the latter of which became her one true passion. “I never was in love with classic music the way I was in love with the idea of writing my own songs. Every time I heard a guitar, I’d be in awe,” she reminisces. “There are a lot of bad songs out there, and a lot of bad guitar songs at that, but I liked it.”

Inwardly rebelling against the conventional idea of walking a certain professional path, she quietly decided to do everything in her power to try taking another route: “I knew that becoming an artist as a profession would be hard to achieve, but I just tried not to pay that much attention to the possibility of not being able to succeed. I just had to stay focused on making it possible. Of course it was hard, because in school, everyone tells you that the right thing to do post-graduation is to continue studying, but I didn’t want to spend more time in study halls—I wanted to make music and play shows instead. When I was about 16, I felt like my time had come. I thought if I hesitated any longer, I might not pull through with it. And that was something I became really scared of the more time passed.” 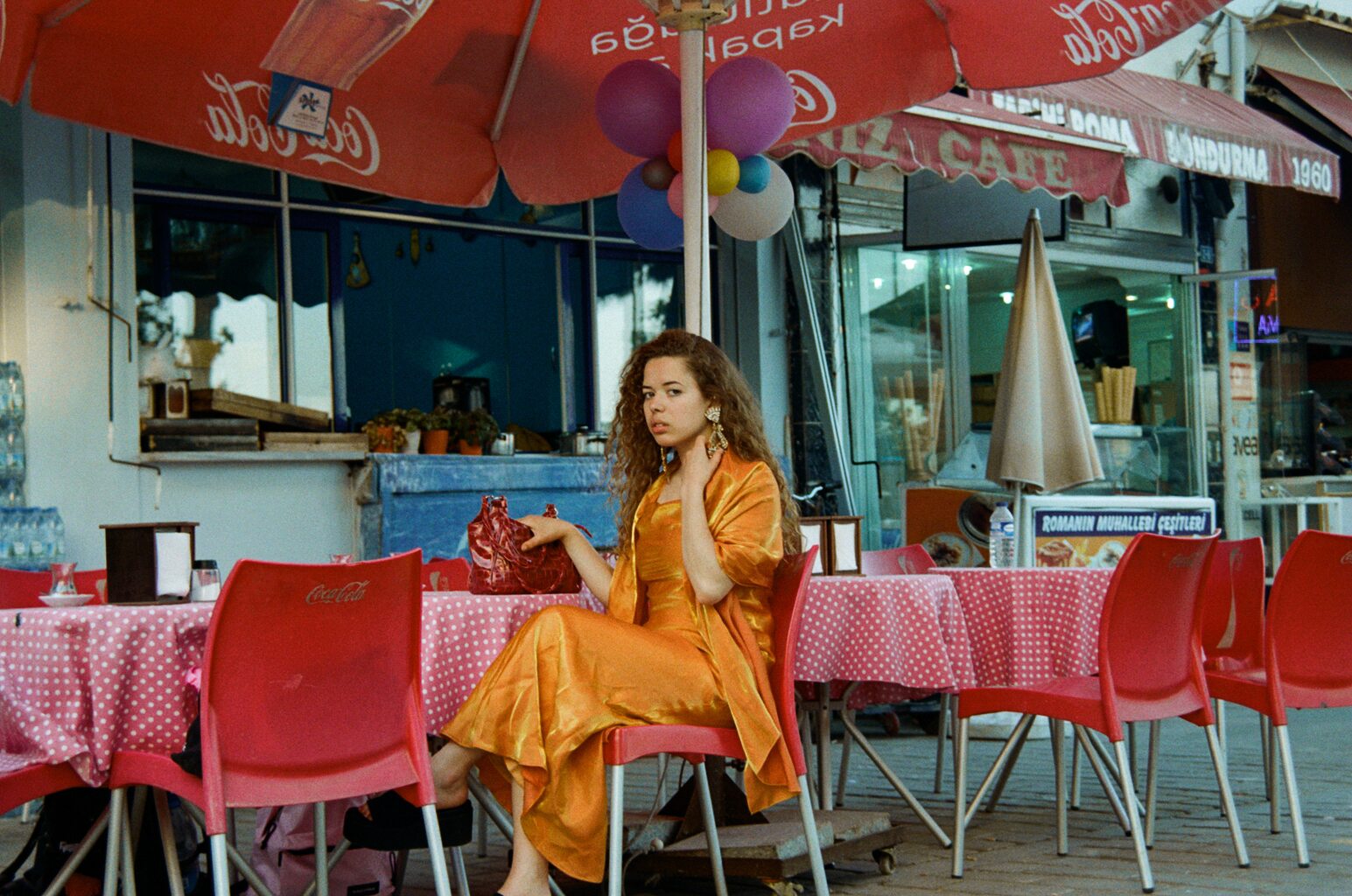 The fear of failure dissuaded Yanya from boasting about her musical endeavours, with her first attempts at singing and songwriting kept and performed exclusively to herself until friends, family and teachers took notice, encouraging her to share her material with others. And thank God they did, as she’s now one of the leading ladies of a new generation of female faced alternative music, headlining shows across Europe and the US. Released this march, her debut Miss Universe—a concept album, its songs laced together by snippets of partially ironic, uncanny love-yourself-messages by way of hotline—sees Yanya slithering through changing states of mind with a lot of confidence, cleverness and self-reflection.

“I was just writing,” Yanya insists. “The concept and the idea of WAYY HEALTH came at the end. It’s like a help company that guides you through the album. I wanted to do something that follows you through the record, so you always have instructions to listen to and then it just turned into the phone line thing. I liked the idea of the listener feeling like on a call, with telephone operators ‘helping’ to get from one point to the other. And even though you know that they are not real people, you’re going along with them anyway. I think it’s similar to how you live in cities where you see everything around you is an advertisement for something, a declaration of some sort. You can identify it but you can’t really control it or the way it may subconsciously affect you, and that to me is entertaining and kind of crazy.”

Charged with brilliant nonchalance, dirty electric guitars and soul, Miss Universe offers a lot of meaningful input about accepting yourself the way you are, coming to terms with things you can’t change but also questions the notions of home and ancestry. For her song “Paradise” she visited Istanbul, the city where her father was born, and was concerned with wether or not the titular term exists—if it is a real place or a feeling, if she herself has already experienced paradise or if other people have, if one should or even can go there. “By now, I don’t think there is a real place you can call paradise. I think it’d be more like a stationary thing. Hopefully, it’s moving with you wherever you go, and maybe every now and then you find a little bit of a paradise, but I don’t think that it’s physical. The place doesn’t matter if you already created your concept of paradise in your mind.”