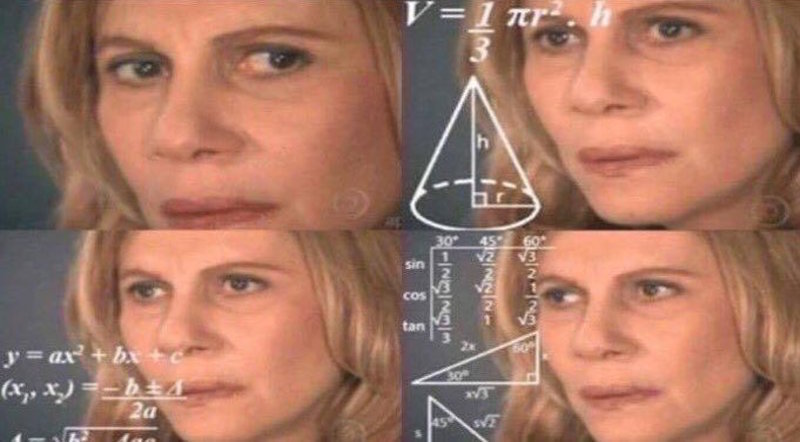 “… mentioned you in a comment” or “… sent you a post by …” are notifications those of us who use Instagram come by on a daily basis. Most of these turn out be memes—a funny, relatable, sometimes macabre, sometimes painfully accurate image or video with a caption of some sort. Over the last few years, memes have become a banal but essential part of our coming-of-age in the digital world. And while social media promises to deliver so much else, it is, if nothing else, a wild and wondrous world, an accumulation of memes suited for just about every situation imaginable, no matter how singular we may have assumed said situation to be beforehand. Memes are comforting, they deescalate our negative emotions and induce laughter over something we might’ve even shed a tear for prior.

But memes have, for better or worse, exhibited potential for much more than just a humorous visual. They can and have been used to serve political and ideological agendas, from all ends of every spectrum. This, amongst other things, will be addressed by journalist Caren Miesenberger in her panel talk at this year’s Pop-Kultur festival. Opposite Miesenberger, the notoriously secretive creator(s) behind Berlin’s most guilty pleasure @berlinclubmemes will debate the ever-growing and multifaceted popularity of memes, their pros and cons. Ahead of this, we had a chat with Miesenberger to discuss not only the wit and joy of memes, but also delve into the more uncomfortable questions surrounding the medium, such as its manipulative tendencies, conflicts on copyright and whether or not a meme is worthy of the title art.

Above anything else, Miesenberger explains, memes have an escapist quality about them. It’s true—we could (and have) scrolled for hours on end through the feeds of countless pages dedicated to the sole cause of entertaining us for a second or two. About a year ago, Miesenberger started her own page and work shop, titled The Feminist Meme School. “It’s a project that doesn’t aim to be the best or most forward-thinking meme page on the internet, it’s more about empowering people to channel their experiences, even bad ones, into something productive and humorous,” she says. “I’m interested in digital culture and everything that has to do with it. I’m interested in voices that challenge hegemony. I’m a journalist. Within journalism, depending on who you work for, there can be restraints, there are voices that are regularly heard, whereas there are others, that don’t receive as much attention.” She considers them to be somewhat of a continuation of blogs, MySpace or Tumblr—places of free expression, platforms for those with limited or no possibilities of voicing opinions on a broader digital and/or IRL level. “Memes are a form of articulation, they are a form of social and political commentary. Everybody can take part in it, anybody can produce and consume them.”

Undeniably, the democratic aspect of memes is part of their appeal. As is the case with many social media-driven phenomenons, memes, too, live off their immediate availability to everyone at every time, be it from consumer’s or creator’s perspective. There’s no right or wrong way to create a meme, no high bar, it requires little physical effort to produce or access a meme, making its redeeming factors—such as praise from spectators or identifying with the content—feel all the more satisfying. This ease, however, makes the meme vulnerable to malpractice. The rather innocent nature of a meme, the joke, can swiftly be stolen: Directly or indirectly, consciously or subconsciously, by fault or mistake, the meme can become a tool for social and political narration, manipulation even. Rumour has it, that “in Brazil, for instance, the fascist president is said to have hired agencies to flood WhatsApp and other Social Media spheres with memes jabbing at his political opponents, spreading false information. It’s very scary how a meme can influence an event as huge as an election that way.”

Acknowledging the subtle powers of a meme, its appearance and how it is embalmed in the zeitgeist, does a meme count as art? Is the creator of a meme an artist? “I don’t know if memes could be considered a form of art. I feel oddly about this, I wouldn’t want to disrespect the artists I know who invest big amounts of time, money and effort and emotion into their work, whereas a meme can be made very quickly, very easily. But obviously here, too, it depends on the meme,” Miesenberger explains.“But a meme can definitely have a certain artistic and cultural value, it can make people think, we consume them daily, they’re fragments of what we see and deal with, memes can raise questions and comfort us.” While memes can vary in shape, form and intricacy, they all reference a certain state, they have a sense of urgency to them, oozing with a ‘something to say’ mentality—similar to the way art works. “The question, maybe, shouldn’t be if memes are art, but rather if they have a similarly liberating effect.”

This, in particular, raises a final but vital thought: Copyright. Essentially, a meme – as far as accompanied by an image or video footage – is assembled through pieces taken from other media, regardless of whether or not the legal right to do so exists or not. And where, if not in the arts, is the notion of copyright, trademarking and the like, the tension between liberty and limitation of such significant and controversial importance? “I think it’s a fine line. Of course you break copyright all the time, I think to a certain degree, that’s part of the whole idea. In other contexts, I’d never encourage breaking copyrights. The purpose of memes is to somehow find a voice unbound,” Miesenberger begins. Arguing that she knows “there are meme makers that are exploring this, trademarking memes and such, treating them as art more so than anything else” and that “in Germany, we’re very late to the party because this whole meme debate has only become a thing recently while ‘artists’ like @gothshakira have already had exhibitions in the US by 2017″, the journalist concludes that “it’s extremely complex, in other art forms, too, it’s common to cite, quote, remix and sample others’ work.” Because a meme essentially plunders from other areas, to trademark stolen property feels somewhat paradox, and ultimately  “threatens the democratic nature of memes and their making.”