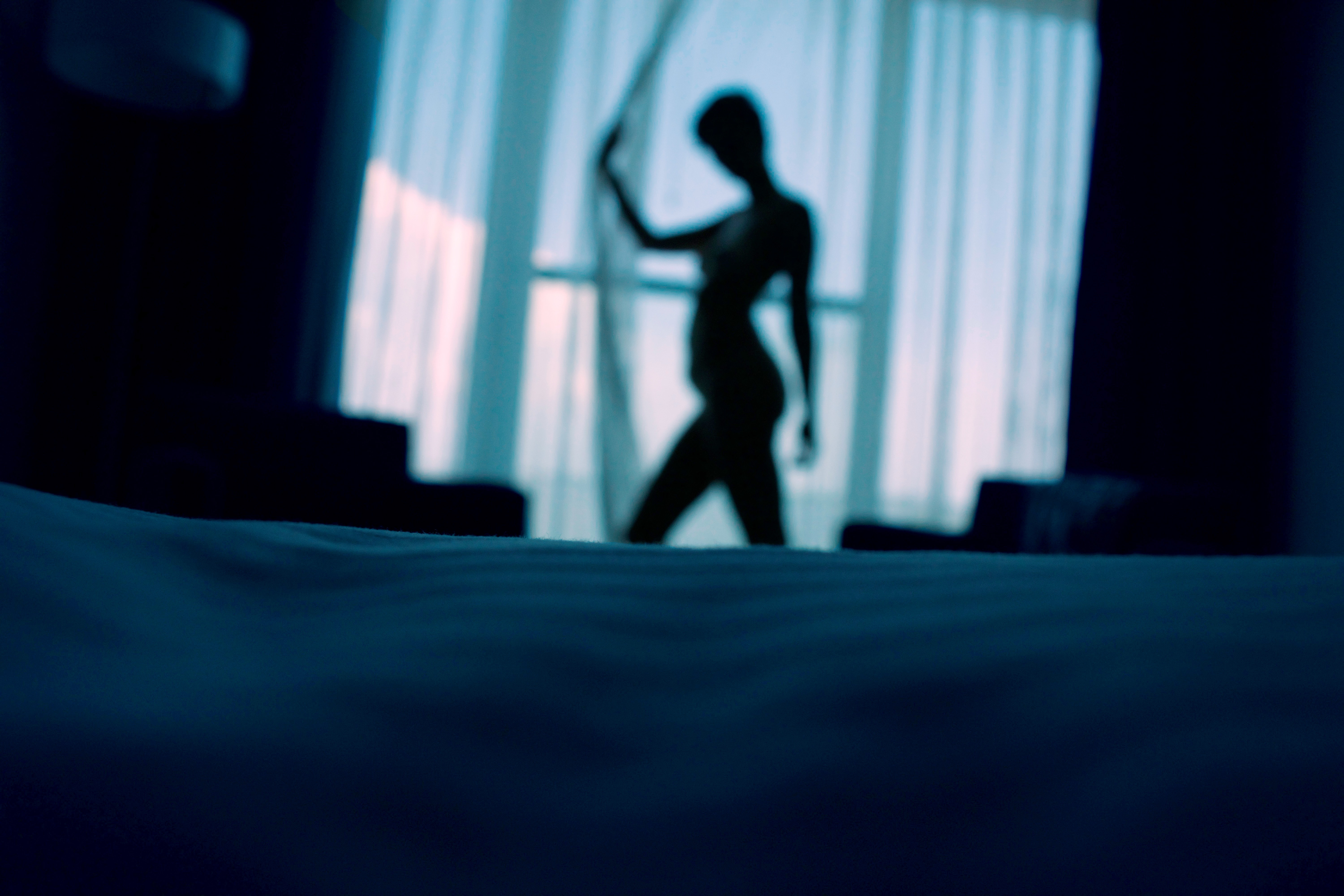 For centuries, sex work has been stigmatised, delegitimised and forced to the fringes of society. But with the rise of social media, activism and the softening of prostitution laws across Europe, sex workers are making their voices heard more than ever. Harriet Shepherd spoke to Luna*, a twenty-three-year-old sex worker, about why she views her work as vocational, professional and empowering all at once.

I first met Luna* when she was 19 going on 20. Even back then she was unapologetically feminist, fiercely independent and ferocious when crossed. She was the kind of self-assured woman I wished I was—oozing an aura of incredible confidence that many (especially men) found intimidating. She was proud of her body, in all its curves and folds, and didn’t feel that sexuality was something that needed to be tamed. Three years later, when a friend told me Luna had started doing sex work, I wasn’t surprised.

What surprised me came some months later, when Luna decided to “come out” via Instagram. The post—a picture of her standing beside adult film star and activist Sadie Lune—outlined Luna’s decision to “embrace” her “whoreness”. The caption, a frank and eloquent outpouring, has stuck with me ever since.“For as long as I can remember,” wrote Luna,“I adored the whore as an archetype and felt a strong resonation with everything she represents: her unapologetic revealing of society’s shadowside and her way of manifesting her own power into worldly overflow in a way which has been denied to most women/queers for centuries.” She went on: “I was so moved today when I realised that the woman I am at 23 is exactly who I wanted to be at 15”. Reading this filled me with such a profound sense of admiration and respect. In an age when we’re all striving to “live our truths”, such a bold profession of joy and pride is something to be celebrated. But I was struck by how vastly different our teen dreams had been, and was filled with questions. What about sex work had spoken to her at such a young age? What is the reality of “following your heart” when your teenage aspirations are so utterly taboo?

“From a young age, I came to think of sex work as not necessarily a bad thing, but a real job,” Luna explains. It’s in part down to her growing up in Denmark, a country posited as a paradigm of progressive sex and gender politics, and a place where prostitution is largely decriminalised. Sex work is a much more normalised industry; workers pay taxes and contribute to the national economy, and advertise in the newspapers in the space that lonely hearts ads occupy elsewhere. But the concept of “whoreness” resonated with Luna on a much more personal level. “I was 14,” she remembers. “And I was in boarding school. I was kind of a slutty teenager, dealing with the rumours and nasty talk that slutty teenage girls deal with. I discovered this blog by this really cool sex worker Susanne Møller. She was writing about sexuality from a very personal perspective and as a girl trying to come to terms with my sexuality, that was really inspiring to me.” In fact, Møller’s name is one of the most well known in Denmark’s sex industry. As well as shedding light on her own experience of prostitution, Møller spearheaded the Sex Workers’ Interests Organisation (SIO), which fights tirelessly for better rights for those working in the industry. “It was actually through her, and through that blog, that I first discovered feminism,” Luna admits.“I learned about the sex workers’ rights movement and, through that, feminism in general—so actually sex work and sexuality was my way into left-wing political activism.”

That same year, Susanne Møller was invited onto a daily breakfast show alongside a well known actress to talk about sex workers’ rights.“This Danish actress was completely trashing her—she didn’t even get a word in,” Luna remembers. “That really started a fire in me somehow.” Though this initial encounter with sex work didn’t immediately translate to a career goal (Luna trained and worked as a chef), it’s a fire that never burnt out, and her first venture into sex work was working as a brothel receptionist aged 19.“I was just intrigued,” she explains. And it’s this sense of curiosity that defines Luna’s whole story—something which sets her apart from the overwhelming majority of sex workers.“My story is a very privileged one,” she explains, and continues to reaffirm throughout our conversation.“I never did it because I needed the money—I had a good job. My intention with going into this kind of work was also somehow self- development, and learning to work with people, learning to work with bodies. I’m a very body-oriented person—that’s the way I experience the world.” 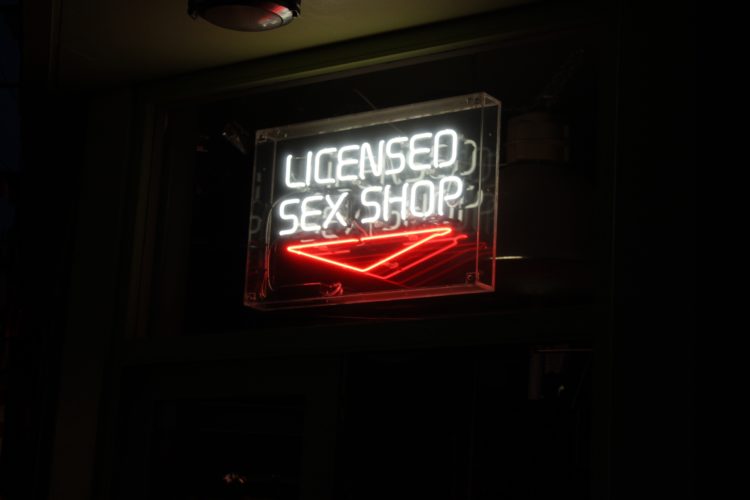 This self-bettering sexual prowess through which Luna approaches her job offers a perspective on sex work largely erased from the mainstream media. It’s a position of privilege, undoubtedly, but it sheds a light on the other side of sex work—the side that’s empowered and genuinely sexual.“I think sexuality is the rawest form of self,” Luna explains.“I feel like, in my life, my sexuality is a direct reflection of how I’m actually feeling. If I feel free, my sexual energy will flow more freely. If I feel trapped or sad, that will also show.” And so sex work has been a form of self-care. “I can really feel the need to nurture myself more and be responsible in my private emotional life.” Even for an incredibly resilient person, as Luna demonstrably is, work and life take a toll, and, evidently, not everyone has the makings of a great sex worker. “You’re providing deep intimacy,” Luna explains.“You’re giving a lot of your energy away, and it can be really heart opening and very powerful, but it can also be draining if you need to use your energy for your own healing. “There are times when she does the job begrudgingly, or can’t find the strength to do it at all. But at the end of the day, she reminds me, it is a job.“I am a professional in an industry,” Luna reaffirms.“I chose this as my career and I take a sense of professional pride in what I do.”

Just as people who sell sex cannot be readily typecast—much as the media would have us believe otherwise—neither can those who buy it. Luna says there’s no such thing as a “typical” client.“The only way I can generalise is to say that it’s men who have enough money to spend 2200 kroner (approximately 300 euros) to see a girl for one hour.” This list often includes drug dealers and married men, and on Friday and Saturday nights, a lot of drunk young boys. Luna tells me boys under the age of 20 are not uncommon. “My favourite clients are the pushers,” she admits,“because they always have extra money and it’s easy to talk them into extending the time. They seem to understand that it’s a business and respect my work—maybe because they are also in the hustle.” And for Luna, sex work is about more than just getting the job done—it’s also about the process.“My goal is to have mutual sympathy with all my clients.” 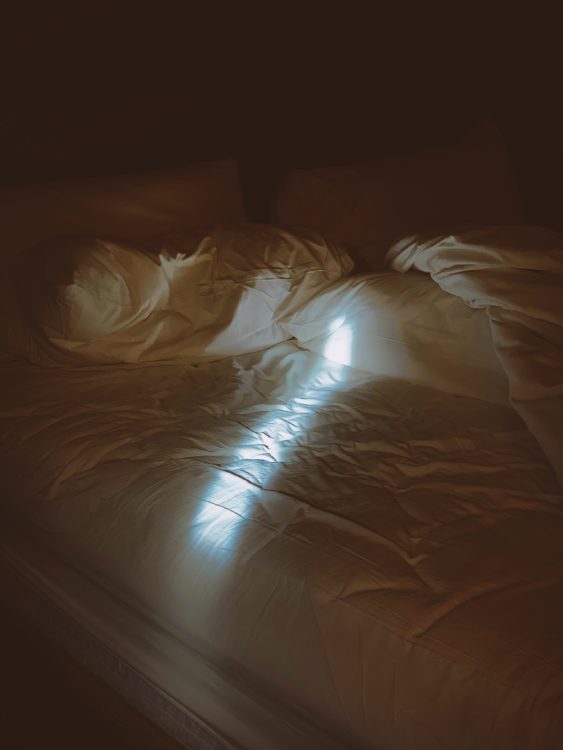 “I think you can judge a society’s view on women by how it treats its sex workers.”

Listening to Luna talk about her own experience is illuminating and it’s part of the reason she’s chosen to share her story. “I realised that when I decided to be open about my job, then it’s not just me who has to work on it; I also expect everyone else to confront their misconceptions and beliefs about sex work.” Despite the wealth of problems that accompany prostitution, the pervasive view of sex work as inherently evil is misguided and unproductive. Luna isn’t a victim of sex work; she chose it. She’s admired the strength and resilience of sex workers since she was 15. But viewing sex work as an ambition or—god forbid—a career path, is hard to swallow. “It’s difficult for people to understand that some of us really are independent women profiting and thriving off our sexuality,” Luna explains, “because we live in a patriarchy where any empowered sexuality that is not cis-male and hetero is the biggest threat to the order that secures the power of men.” In fervent opposition to those who believe governments supporting sex work support the objectification of women by default, Luna argues, “I think you can judge a society’s view on women by how it treats its sex workers.” And though she’s the first to admit that Denmark’s version of the Nordic model is far from perfect—“we’re allowed to pay taxes, but still not allowed the same rights as the rest of our country’s workforce” (it’s illegal for sex workers to unionise, for example)—Luna’s experience goes to show that thoughtful legislation can have a positive outcome.“I’ve worked in Sweden, Denmark and Germany,” Luna tells me.“I definitely feel safest in Denmark.” From the pimping law— which prohibits anyone who isn’t a woman also performing sex work from running a brothel or profiting from selling bodies—to the controlled and open environment in which sex work is allowed to prosper, the Danish legislation lays the foundation, if nothing else, for empowered sexuality. “We don’t need charity,” Luna argues.“We need allies who listen to us and who view us as people, with agency in our own lives.”

“We don’t need charity. We need allies who listen to us and who view us as people, with agency in our own lives.”

And for those who say sex work necessarily enables and encourages the abuse and objectification of vulnerable women, Luna has this to say. “I work two days a week. With the amount of money I make, I can travel for half the year.” On the side, Luna aims to run workshops to help women embrace and nurture their sexuality, directly funded by the men so desperate for sex they’re willing to buy it. So who wins? “It really feels like I hacked the matrix,” she says. “I’m unveiling everything that I thought was shameful and wrong about society, and growing something really healthy and strong on this foundation. I’m turning this ugliness on its head, and it feels like a very feminist justification of my gender and my sexuality.”

*The name Luna is the interviewee’s chosen name for sex work and has been used to protect her identity.