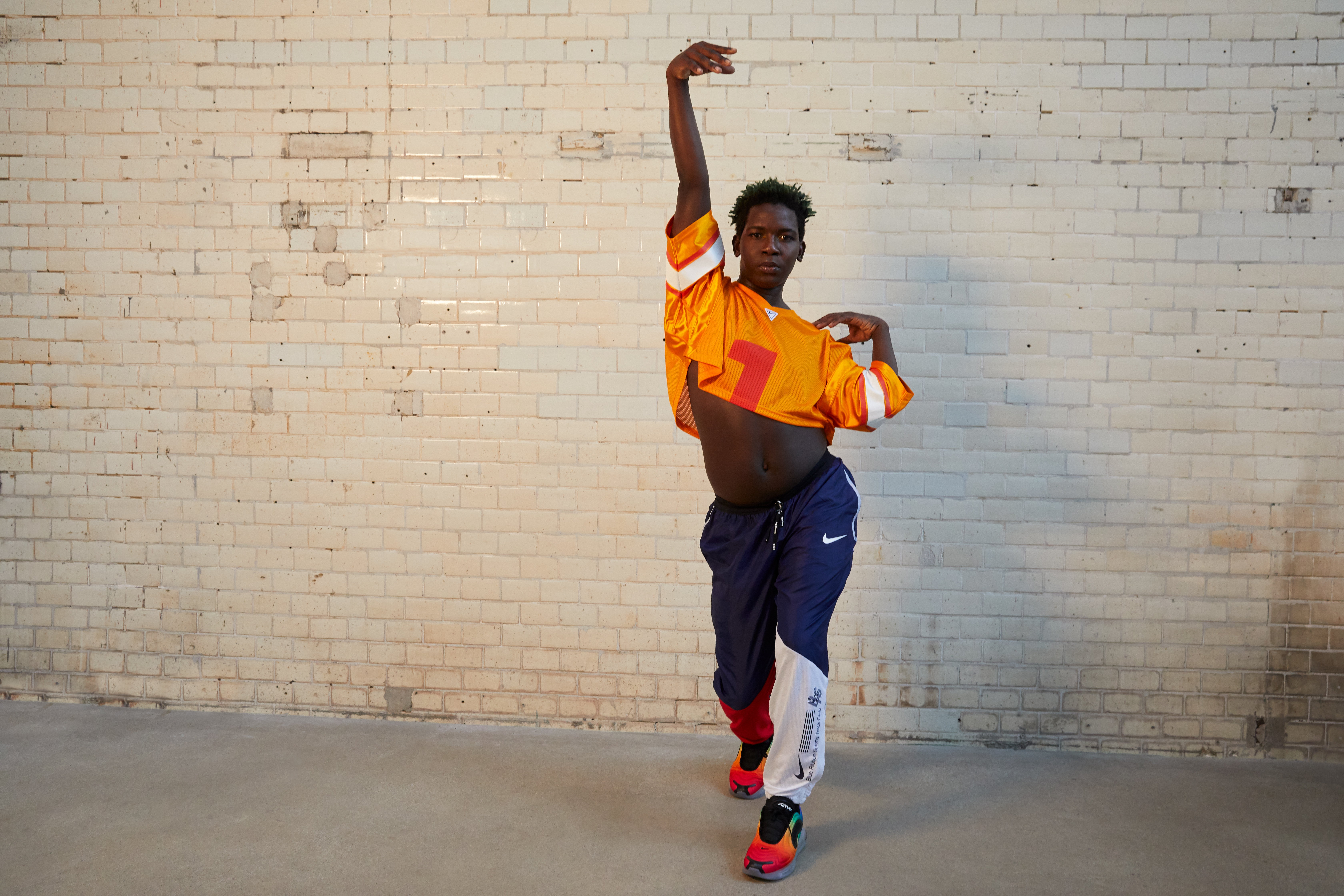 “I think the best way to empower people to be true is to live your most visible honest life in the situations that matter.” This statement, spoken by artist, runner and writer Daniel Marin Medina, is not only true for his story, but underpins the entire ‘live-your-truth’ mentality that’s begun to guide a generation. With visibility at its core, Medina is one of five LQBTQ+ athletes from Berlin fronting Nike’s ‘BE TRUE’ initiative this year, which aims to empower, embolden and inspire people to connect with themselves—and be true—especially when it comes to sport.

“It becomes very difficult to push past your horizons when there’s no one there to show you that’s possible,” Medina affirms—and he’s made it his M.O. (and the M.O of Wayv Run Kollektiv, a Berlin-based running club he co-founded) to do that for other people. “I was skinny, I was small, I was brown,” he remembers. “Running allowed me to feel powerful in a body that otherwise was not perceived as powerful.”

And it’s this sense of power that’s central to Nike’s BETRUE project—an ongoing, long-term initiative seeking to inspire individuals to find the power of owning their own story—the power of harnessing their full potential, whatever that may be. ‘Pride’ is a concept that runs deep through Berlin’s veins, thanks to its status as a beacon of inclusive queer culture—and with the city’s CSD (Christopher Street Day) celebrations just around the corner, ‘BE TRUE’ couldn’t be more of an apt message. But despite being one of the most progressive cities in the world, LGBTQ+ athletes in Berlin encounter homophobia, transphobia, body shaming, racism and exclusion, especially when it comes to access to sport. BETRUE aims to give visibility to the city’s queer heroes committed to connecting communities through sport, movement and culture, in the hopes of providing a playing level for everyone, no matter their identity.

Whether it’s Riccardo using his platform to document his fitness journey and queering the machismo of fitness culture or Arigato using the power of dance to unite and build communities. Or Daniel launching a new kind of running club to elevate LGBTQ+ people and underrepresented bodies or Nura, utilising the power of her platform to fight for a future where anyone can thrive. BETRUE celebrates activism in all its forms.