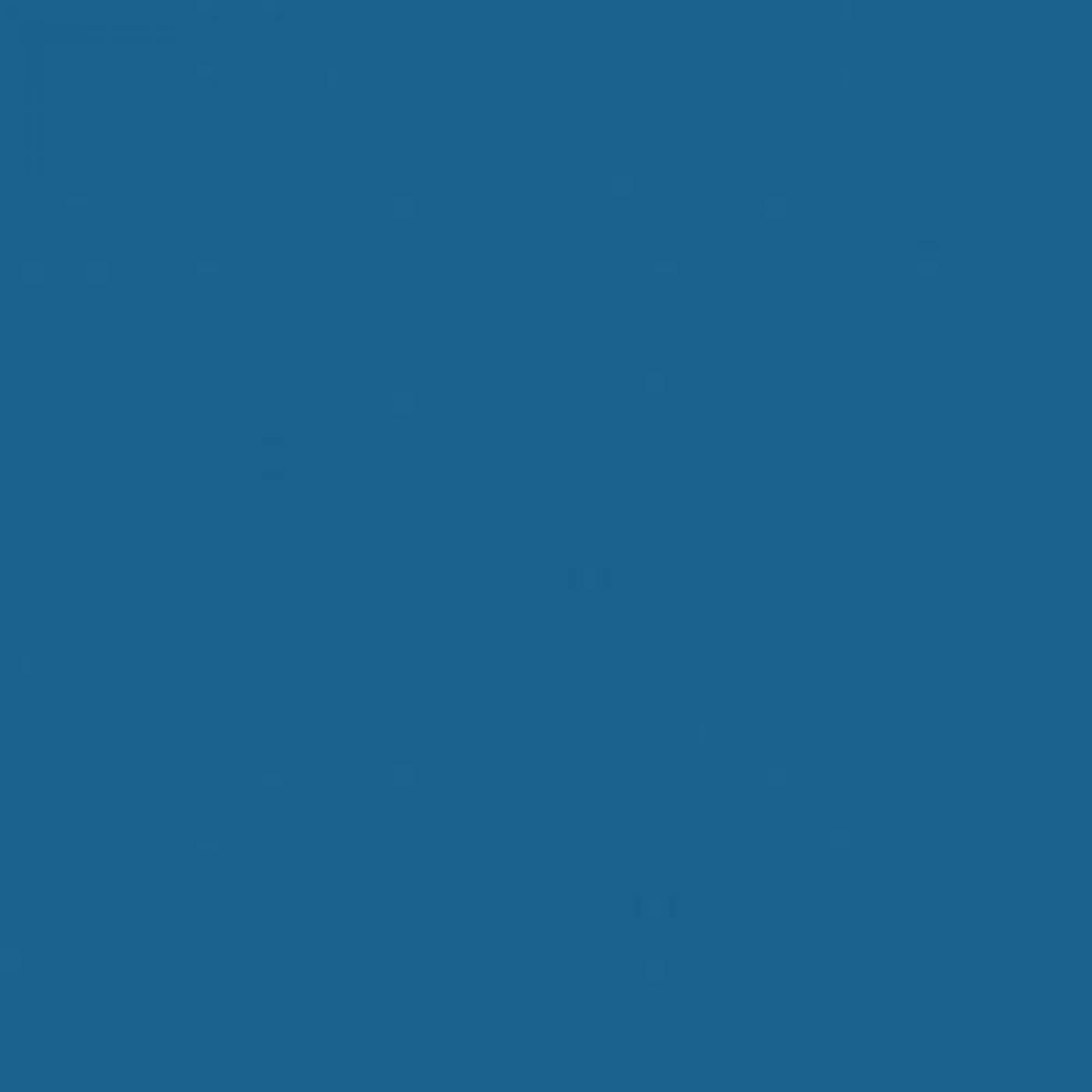 THESE ARE THE ARTICLES YOU SHOULD READ ABOUT THE SUDAN CRISIS

Today, the BBC News homepage features an article about coughing and a “must-see” video about the eyes of dogs, but nothing about Sudan. Other major news outlets have stayed similarly quiet—at least at first glance—but in Khartoum, the crisis is impossible to ignore. It’s been just over two weeks since Sudan’s military ordered a violent crackdown on the peaceful protestors staging a sit-in to demand a return to civilian-led rule after the successful overthrowing of Omar al-Bashir’s regime. After 30 years of oppression under al-Bashir’s rule, his arrest seemed to signify a turning point for Sudan; the light at the end of the tunnel, and a time to impact serious change, but instead the Transitional Military Council (TMC) took over, leading to national outcry. The peaceful protest was met with violence at the hands of the military, as images of rape, pillage and brutal murder have flooded social media—Twitter in particular—in spite of the national internet blackout imposed by the TMC. The uncertain death toll continues to rise.

It’s a massacre, in short—one that’s reminiscent of the horrific events of China’s Tiananmen Square, which eerily commemorated it’s 30 year anniversary just one day after the Sudan crisis began. Human rights are being brazenly violated, but where is the humanity? We’re seeing little more than a littering of blue profile pictures online, unless actively seeking out something more. There’s international outcry over countries like Russia and China deliberately delaying progress to protect their own assets, and the presumption that UAE sees a Muslim country fighting for democracy as a threat. Celebrities in their masses took to social media to protest LGBTQ+ laws in Brunei, but where is the star-studded concern for Sudan?

If you’re (rightly) infuriated by the outrageous underreporting of a country in crisis, but don’t know where to look, we’ve gathered some of the must-see sources to enlighten and provoke. If you’re going to read anything today, start here.

First things first, if you’re feeling under informed in general, here’s a recent update from the ODN that gives an overview of the what, where and why of Sudan’s current crisis.

Nesrine Malik for The Guardian Opinion 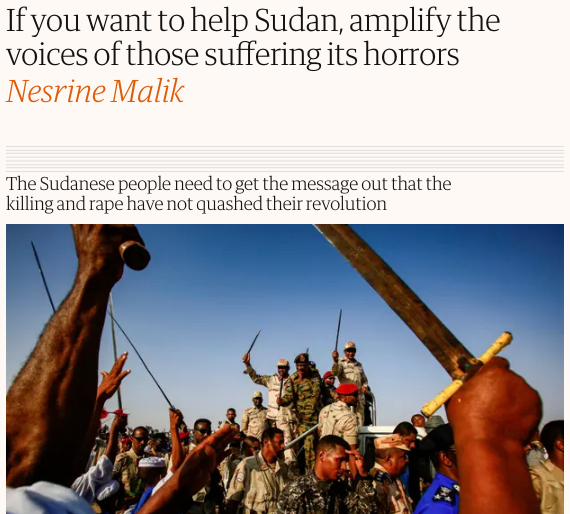 Nesrine Malik argues the power of the blue profile picture, the importance of shaming, and how our voices during the Sudanese blackout, are more important than ever. 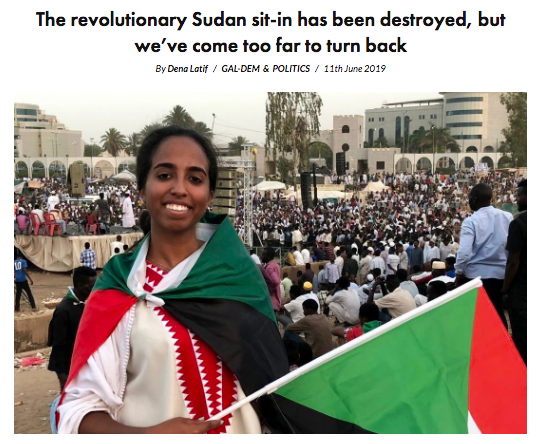 Gal-Dem’s Dena Latif offers a painfully moving first-hand perspective of what it’s like to witness such atrocities in your home country. 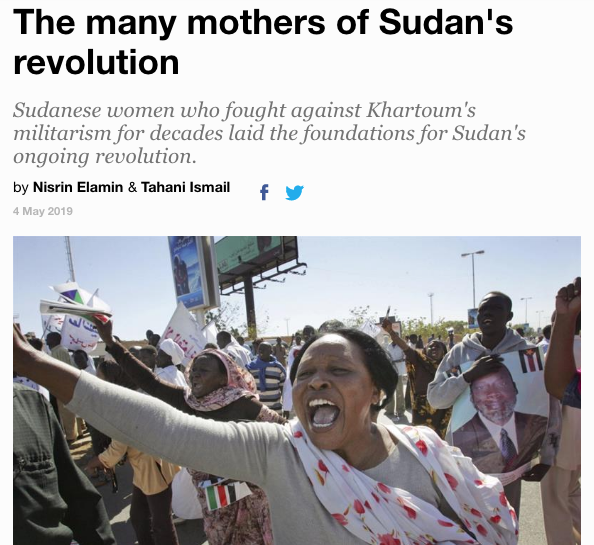 Nisrin Elamin & Tahani Ismail explore the critical and overlooked role of women in Sudan, who have been at the forefront of anti-regime resistance.

For more information on how to help, head here, and to find a protest in your area, search ‘Sudan Support’ on your Facebook events. 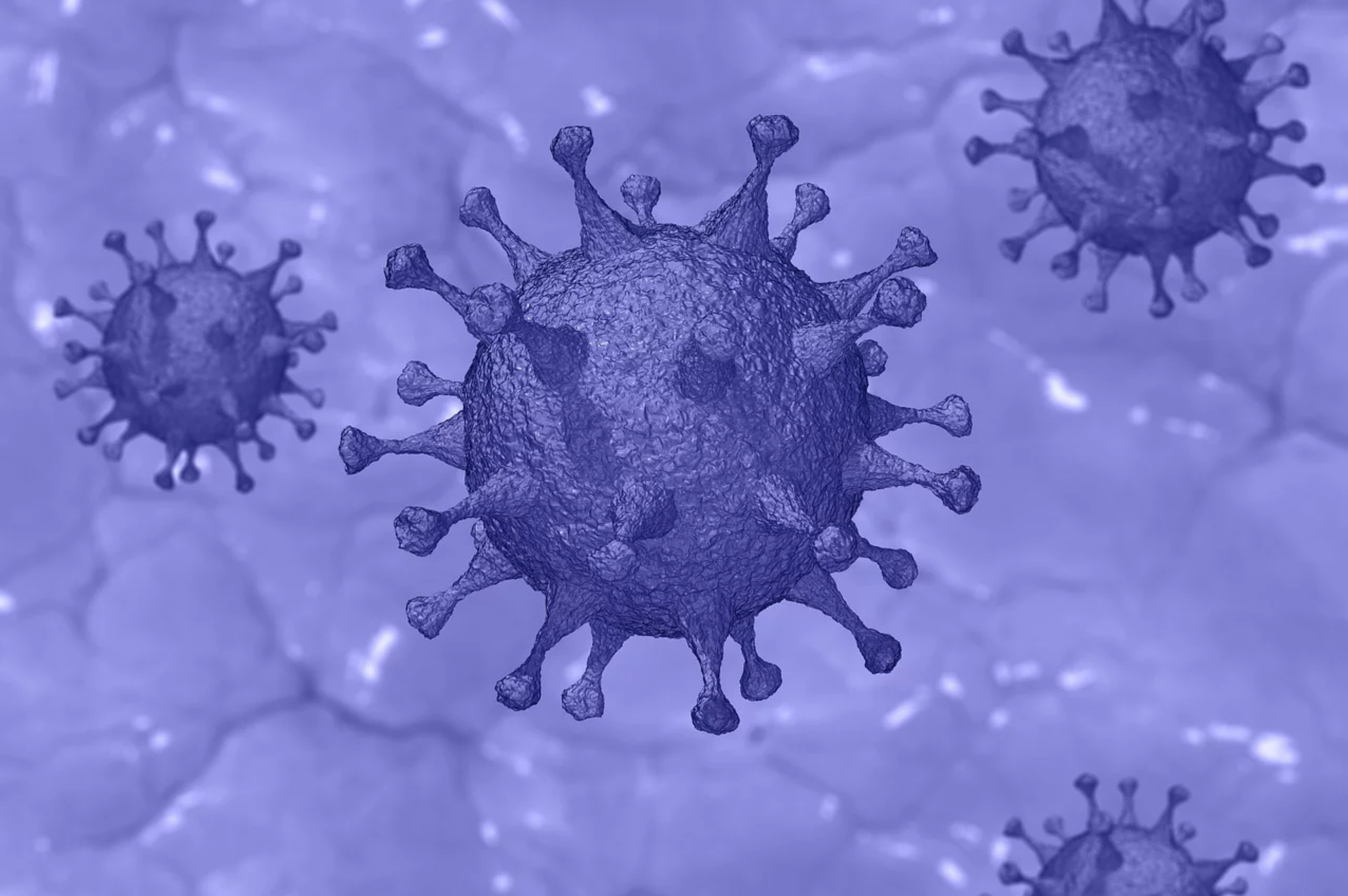 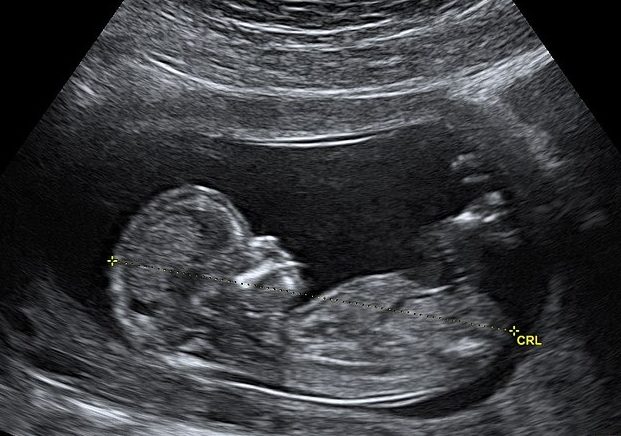 WHAT DOES IT MEAN TO GIVE BIRTH DURING A PANDEMIC?