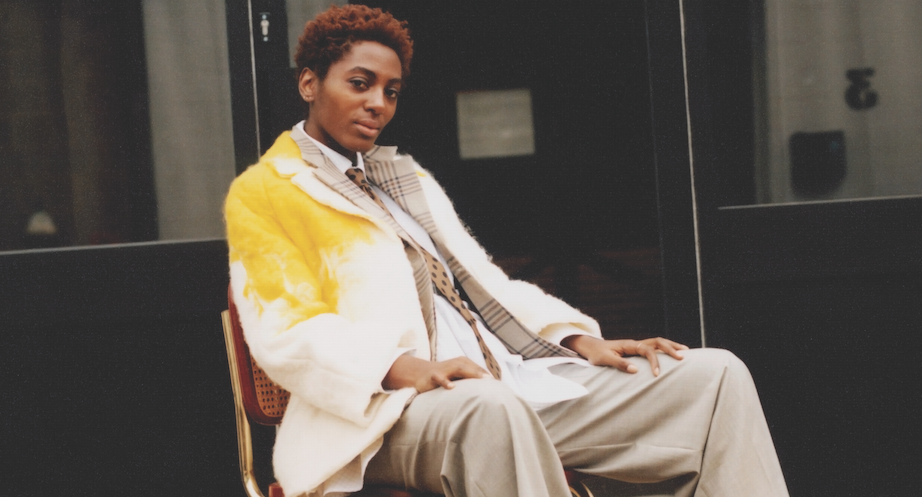 Yrsa Daley-Ward, by most people’s standards, has been through it. From discovering that the man she thought was her biological father was not, to going through a family breakdown, to experiencing depression in adulthood, the writer and model has certainly struggled. In Bone, her debut poetry collection, she tackled a complicated journey with regards to sexuality, mental health and her highly religious upbringing, while her subsequent release The Terrible is true to its title in the darkness it explores.

But much of her work is also optimistic—particularly that which sits on her social media, which is often motivational and upward looking. Finding her fame on Instagram @yrsadaleyward, her feed is now mostly made up of squared-off, snapshot poetry flick-written on post-its, but also videos, downloaded Insta stories, and typed-up mantras. For me, Yrsa’s writing is about how to persist, and how to be, but also fluidity, wordplay and messing with the form by tipping it on its head. The day I call her on my lunch break from my cramped, carpeted office booth, her most recent social media poem simply reads:

“You have
to
BREAK,
take BREAKS
or
both.”

When I reach her, her voice rings bright in a Lancashire accent down the phone. 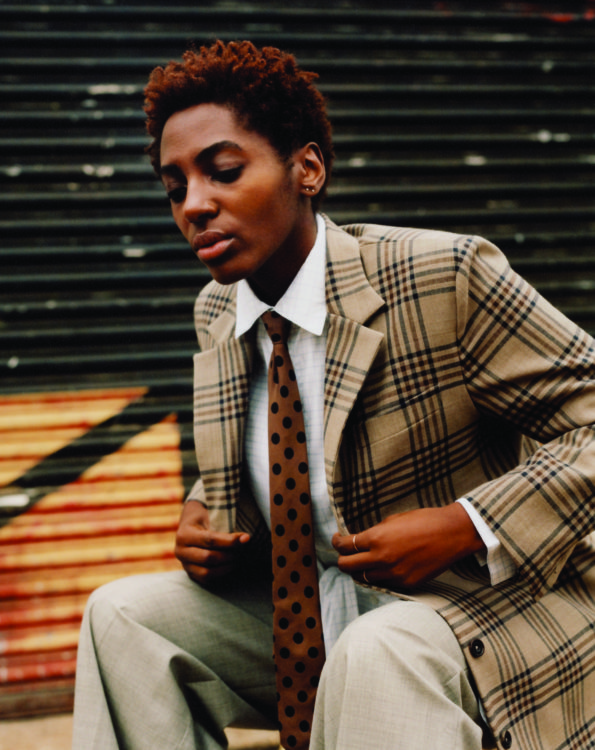 “Your hopes and dreams will kill you” for me is about struggle, but also about what you do with that, how you might repurpose it. What’s the relationship between struggle and your work?

I think my work is about life, and people can interpret it in different ways. Some people say struggle is a part of life—I don’t necessarily subscribe to that. Life is a myriad of all those things, and so I like to talk really plainly about those things, particularly things that we don’t like to admit to. Things like grief, depression, anxiety, addiction, loneliness, despair. There’s real strength in that, because the more honest you get, the more fearless you can be in reaching other people. There’s a sense of intimacy when you realise how similar we all are. And if you’re not honest, you can’t do that.

And when did you first know you were interested in storytelling?

When I was a kid. I would go into bookshops and it would just make me joyful—finding that when you read you can disappear into another person’s world, and you can understand so much about human nature. You can read a book by somebody who, on the face of it, has nothing in common with you, and find out that you’re not all that different. I’ve always been a writer and at that age I read so much, even things I was too young to read.

So as well as the Bible, my mum had the Kama Sutra in the house. And all the Mills and Boon books, those old trashy romance novels. So I got my hands on everything—I was simultaneously reading really religious texts and really adult texts and trashy texts, which have their merits as well. So I’ve always written about subjects that some people might find shocking. As I grew, I came to have some of these experiences myself, like experimenting with substances, talking about drinking, and early experiences of sex and sexuality, and there’s beauty in writing about those things. We have to be fearless when we make art.

And you’ve thrown a lot of that fearlessness into less conventional platforms like Instagram. There are always those puritans who mock people like Rupi Kaur who use the platform for their poetry what do you think about that?

Not everyone’s gonna like what you do, but it’s not for everyone. Concentrate on who it is for, there’s such a beautiful way—sorry, if you hear an interruption by the way, it’s because the rice and peas I ordered might be coming to the door. But yes, I feel like not everyone will like your work, but I do think platforms like Instagram are amazing because they get poetry to people who might not go into a bookstore looking for it. I think that’s the majority of people who read my work, and it’s a really wonderful way of connecting…Hi!—sorry, that’s the delivery man. It’s raining so much, he’s looking at me weirdly ‘cause I’m in my dressing gown.

[Laughs] Hey, we all gotta eat!

But beyond Insta, I’m always trying to bend and shift genres. The memoir is written in narrative, prose fiction, poetry—it really goes back and forth. But I love that disruption of what we’re supposed to do. Some of The Terrible is written in script form as if it were a movie. It keeps me excited, and a lot of it just made natural sense, for example it felt like it should be third person because some of it is from a long time ago.

Like when you picture a memory, and you’re recalling it from a different angle?

Yeah! And there are parts of life that feel like a completely different person, particularly in my early twenties—parts of that were shrouded in a sort of lostness. It feels a bit foggy now.

Of course. And growing up Caribbean—like me—and West African, how has race and culture interacted with your craft?

When I write, it will be from a Black woman’s perspective because that’s what I am. Those experiences of being the only Black girl in high school and in the town, they’re very real experiences. And being a seventh day adventist growing up with my grandparents and not living with my mum, being Jamaican and having Jamaican food [laughs, with an implicit reference to her rice and peas]—Jamaican food—for dinner, and not eating the same things my friends were eating. They’re all real experiences. It, of course, informs my writing.

That sounds very similar to my experience growing up, particularly at school. And the content you engage with in those environments, even like texts in English lessons, it’s like you’re almost taught that your experiences aren’t important, like you have to whitewash them when you recount them.

That’s so true! Because when I was writing as a kid, I always used to draw myself not actually how I looked. I didn’t know for a long time I could just speak to my own experience.

That’s such an important lesson. And I feel like we can’t talk about celebrating Blackness without talking about the Elle cover you did with Stormzy. What was it like being part of that?

Stormzy did a wonderful thing. That guy is such a lovely, collaborative, supportive person—particularly of peers and Black British artists. It’s incredible and I just felt so happy to be part of that lineup. I love that now kids can walk by that cover and just know that that is possible—15 years ago that just wouldn’t have been the case. Things are shifting —we can’t lose sight of the fact that in terms of the media, the single story can no longer fly.

And for those who are trying to tell their stories, particularly those crafting them out from places of pain, what advice would you give?

When you’re turning grief and struggle into art, I’m gonna say two things that sound like opposing things… Firstly, be gentle with yourself. Negative self-talk is the opposite of what you want to be doing. At the same time, you’ve got to be real and honest with yourself. Work doesn’t start unless you start it. So the thing you need to focus on is getting started. Fill yourself with inspiration and get started, even if it’s just five minutes a day.

And who, or what, inspires you?

Firstly, people, so many people; I’m inspired by Stormzy and what he does; I’m inspired by Nina Simone and Billie Holliday, and Grace Jones, Naomi Campbell, writers like Alice Walker and Toni Morrison, James Baldwin—people who tackle difficult subjects with such beauty. But I’m also inspired by my friends, people who get up every day and attack the world with positivity, and grace. It’s not always that easy.

And in terms of the ‘what’, there’s this quote—it’s actually a kind of crazy one, but it’s a quote that I loved from back in the MySpace days. It’s from Pygmalion and it goes: “If you can’t appreciate what you’ve got, you’ve got to get what you appreciate.” I love that because we are so the architect of our own destiny, and what we take away from any one experience. It’s actually frightening when you really understand that. Sometimes the depth of how bad things have seemed can invert and you can flip that momentum to create wonderful things. You develop this fearlessness, you know, from going through things. Of course, you can turn it into more fear. But you can also change it into fearlessness. 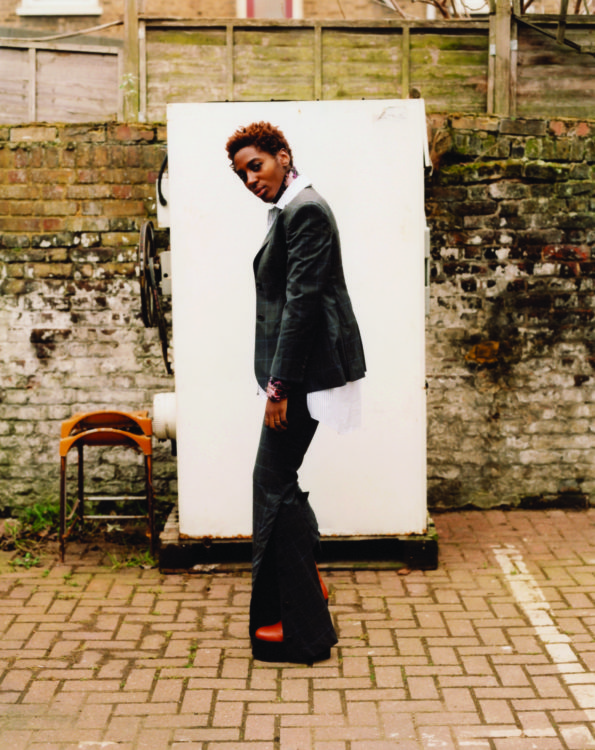