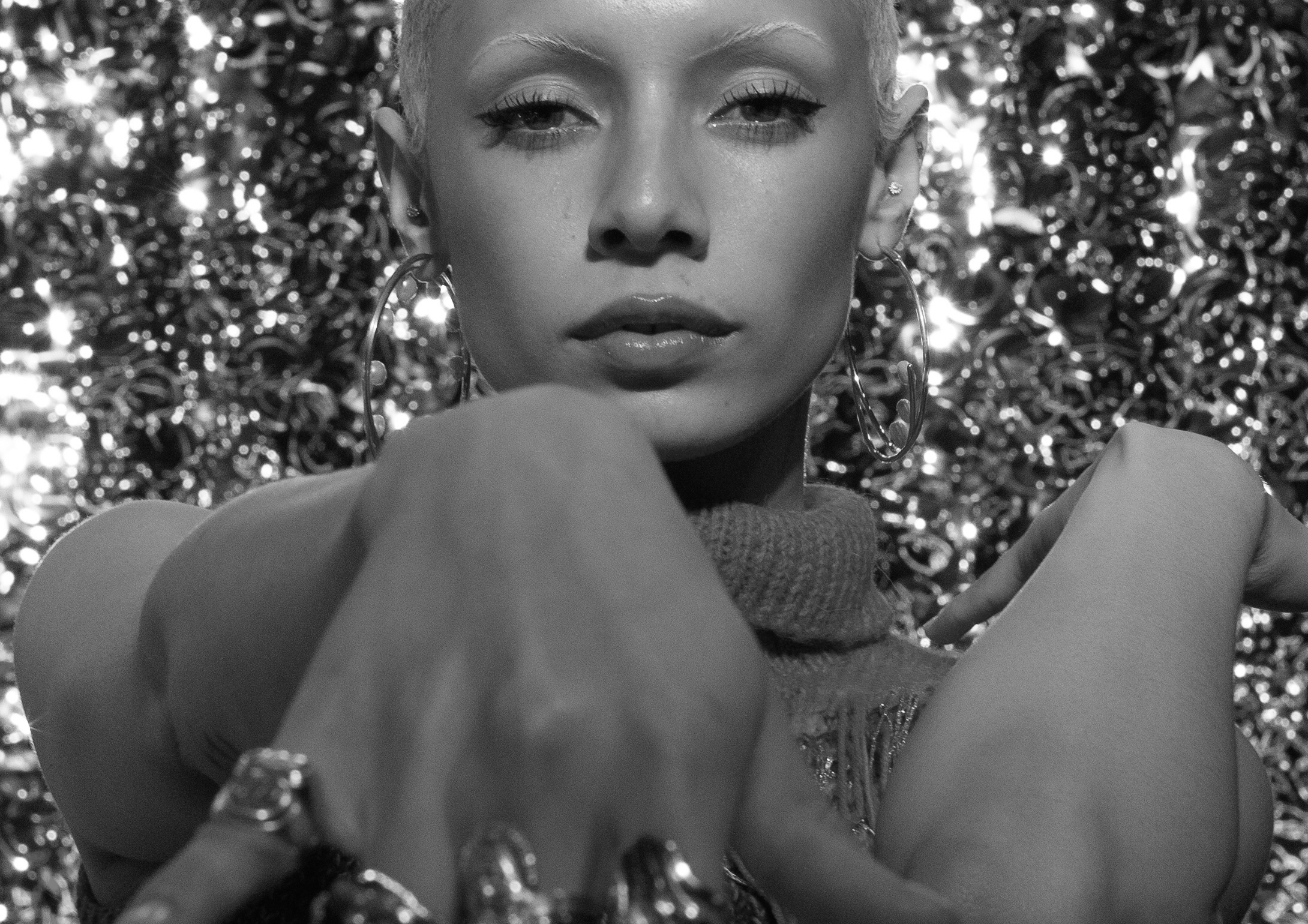 UGLYWORLDWIDE ON BLOCKING HER HATERS AND FINDING SELF WORTH

Some say Jazzelle Zanaughtti’s ‘thing’ is androgyny—others say it’s ‘changing the game’ with her so-called ‘ugly’ness. Both are reductive, clickbait buzzwords ripe for the Daily Mail, but wrong for aptly explaining what anybody, let alone Zanaughtti, actually does. Firstly, she’s undeniably beautiful (‘androgynous’ is a tired word we should all stop using to describe women who don’t conform to a 20th century standard of feminine aesthetic beauty), and secondly, she’s a highly successful model and incredible entrepreneur, who’s honed in on the social media mentality of the zeitgeist, feeding the 542K doting followers of her account @uglyworldwide with the content they—however passively—crave. No, Jazzelle Zanaughtti’s thing is making something out of nothing. Whether it’s her entire life—a black sheep, rags to riches tale that she’s told to countless journalists by now—or rustling up an entire outfit from dolls heads foraged from the dollar store back in her teen years on Chicago’s LGBTQ+ club circuit, the Detroit-born talent makes things happen.

“I was always the odd one out my entire life,” Zanaughtti tells INDIE. It’s a story she’s well used to telling, ever since her modelling career, and subsequently her online persona, sky-rocketed thanks to a shoot with Nick Knight. But Uglyworldwide was born years before it became an Instagram handle. “I used to draw all these portraits,” she remembers. “It was basically the same silhouette on everything—really exaggerated shoulders, a really long neck, and a crazy weird little head. I remember showing it to a friend I really looked up to and asked for his feedback. He looked at it, looked really confused, and said, ‘it’s super ugly’ and read me for filth.” Some days after, Zanaughtti began what quickly became the founding ethos of her whole brand: owning her ugliness (in a metaphorical sense—no, @dailymail, bleached eyebrows and a shaved head doesn’t make you ugly.) After moving to Chicago, the then-17-year-old began living the life she previously only had access to through films like Party Monster and Paris is Burning. “Those movies introduced me to the subcultures that I would have loved to know about when I was younger,” she explains. “But I was a weird kid, the internet wasn’t a ‘thing’, and I wouldn’t have known to look for that.” She started hosting queer parties, serving club kid looks and doing drag. “I just started to roll with it,” she says, “and I realised slowly that I was personifying the drawings I had been drawing for years.” @uglyworldwide may have begun as an outlet for her own self-expression, but it’s since become much more than that, extending outwards to inspire other people. “It’s a movement,” Zanaughtti explains. “It’s about embracing what you got and running with it. It’s about self acceptance, loving yourself, loving your community and building each other up.”

Despite her Instagram-acclaimed status, 23-year-old Zanaughtti is hesitant to play the part of a role model. “I will never call myself that, because I don’t want other people to take the exact path I have,” she says. “I haven’t made the best decisions in my life. I took a very dark path to get where I am now, and the fact that I’m here now is surprising everyday.” But while she may look unfavourably on past decisions, Zanaughtti’s motivation to be better, for herself more than anyone else, is commendable. She comes across as incredibly down to earth and approachable and the message she preaches is self-orientated and exceptionally inoffensive; a rare occurrence in a vapid capitalist world of half-hearted celebrity ‘solidarity’ with whatever issue is trending this month. When we meet Zanaughtti, it’s during a ‘How To’ workshop made possible by Mercedes-Benz’s fashion initiative and conceived by Lena Waithe, where she’s being taught how to vogue by Jay Jay Revlon (something she’s always dreamed of), but where the overarching theme is learning, and self-development. “I’m always striving to better myself,” she explains. “I try not to conform, and that’s not a privilege many models are allowed—it’s very hard when you’re always viewed through someone else’s lens. At the end of the day, I try not to do what’s expected of me, but what I expect of myself.”

And though this self-bettering mission is (we dare say) harmless, Zanaughtti is not without (virtual) sackfuls of hate. “People will go out of their way to send paragraphs about why I’m a piece of shit,” she tells INDIE. “It takes a lot to get past it, and realise that other people’s opinions don’t matter. It’s about how I see myself, not about how anyone else sees me.” Zanaughtti has been upfront about the toll the industry, and celebrity status, can take on her mental health, and she openly admits that deleting negativity is something she does often. “I just pull it out, root and stem: delete, block,” she explains frankly. “Sometimes people come back with new accounts, but I’m deleting and blocking them immediately. That’s not the energy I want on my page, that’s not the energy I want in my life.” It may seem trivial, but Zanaughtti sees it as absolutely necessary. “I’m not down for censorship, but when it comes to my mental health, I won’t have that. I’ll deal with constructive criticism absolutely; I’ll take that any day if there’s something I’ve done wrong, or if I’ve done something to offend anybody. But I just try to keep it pumping, keep it moving, keep on my same beat, dance to my own song—and if you to throw me off beat, you’re kicked out the club. Boom.”

They say life is a learning curve, and in a fast-paced world where fuck-ups are forgotten as quickly as fortune, Zanaughtti has truly recognised the power of owning your own story. “The most valuable thing I’ve learned is that at the end of the day, it doesn’t really matter. As long as I can look back and be like ‘yes, my work is sickening’—that’s all I really care about.”

The next chapter of the Mercedes-Benz How To story is told by Lena Waithe, who will discover and learn from industry luminaries in the field of upcycling at an exclusive event in London during London Fashion Week Men’s, June 2019. 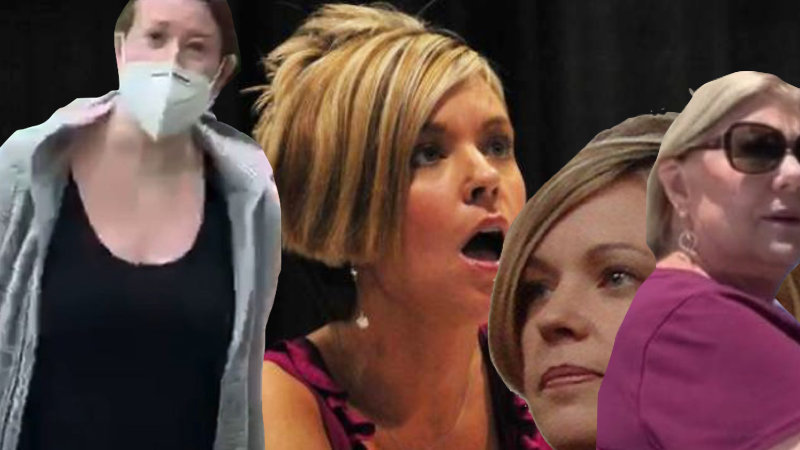 KAREN CULTURE, AND WHY MEME-IFYING BIGOTRY WON'T CUT IT