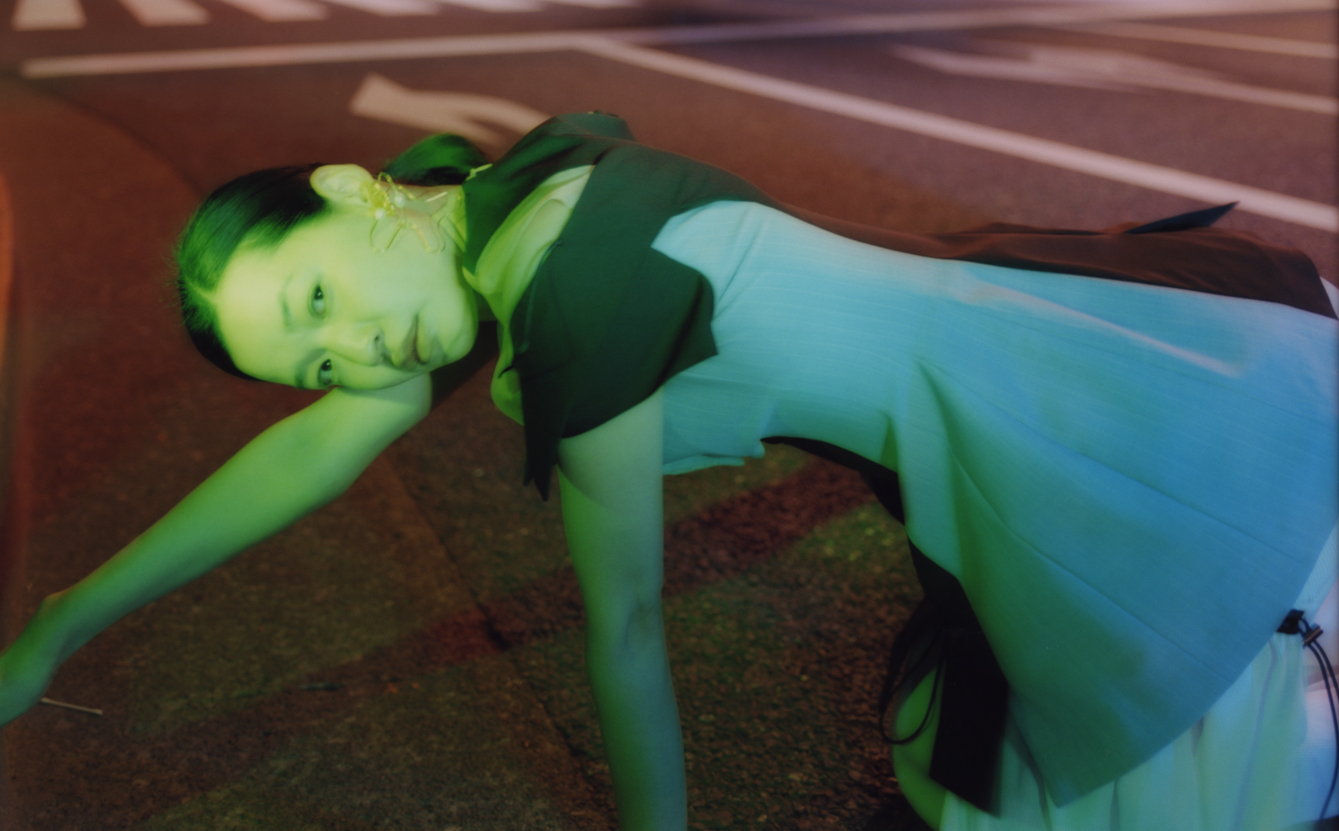 Japan’s sartorial legacy extends far beyond its corner of the North Pacific. From Yohji Yamamoto’s SS98 collection, which saw bamboo meet bridal-wear, to the cult impact of the 1973 action thriller Lady Snowblood which still to this day serves as a symbol of female power and revenge, Japanese style and civilisation has infiltrated into Western culture and high-fashion. Flowing fabrics, eye-catching colours and intricate details meshed with an avant-garde approach, capture the essence, elegance and excitement of the Japanese way of life, whilst simultaneously amazing us with breathtaking designs—a sure sign of the pure talent its insightful creators possess. Here, we bring you six of Japan’s upcoming and most hyped about brands showcasing their work in and amongst the skyscrapers and electrifying night-scape of the country’s main metropolis. 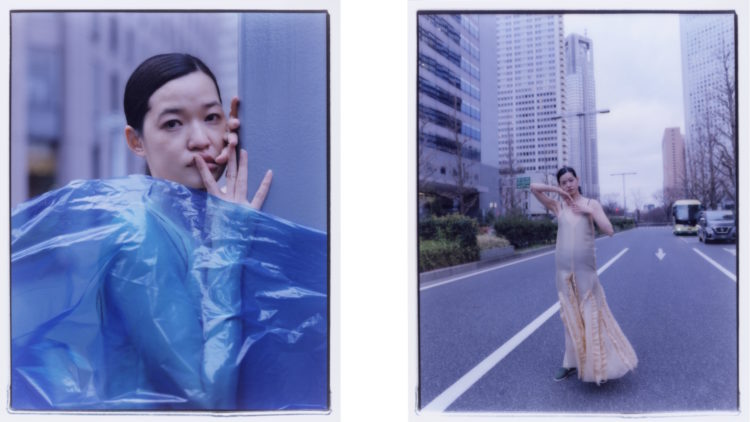 Local Japanese based label FUMIKA_UCHIDA has quickly become one of the most prominent brand names in Tokyo fashion over the past few years. With effortlessly chic drapery, form defining material and a real air of tranquility floating around her designs, this breakout Japanese designer still manages to highlight the delicacy and tenderness of Japanese creation and culture whilst gliding through Tokyo’s surprisingly deserted streets. 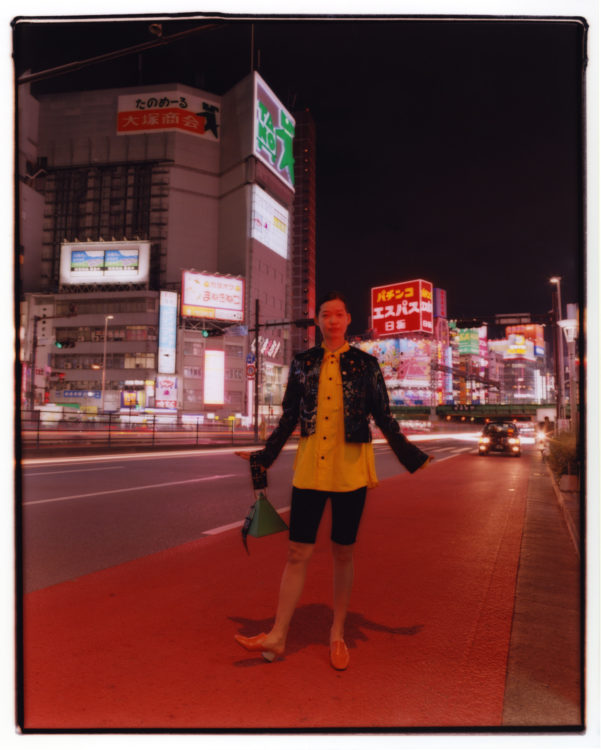 After graduating from the Royal Academy of Fine Arts in Antwerp, Belgium, Yuki Hashimoto showcased his ability to keep his Japanese culture and contemporary high fashion intertwined with his impressive first collection. Combing traditional fabrics and tailoring with rugged modern charm and meticulous embroidery, his unique style propels him far ahead of his peers—a young force to be reckoned with, Hashimoto brings together East and West to form a concoction of pure genius. 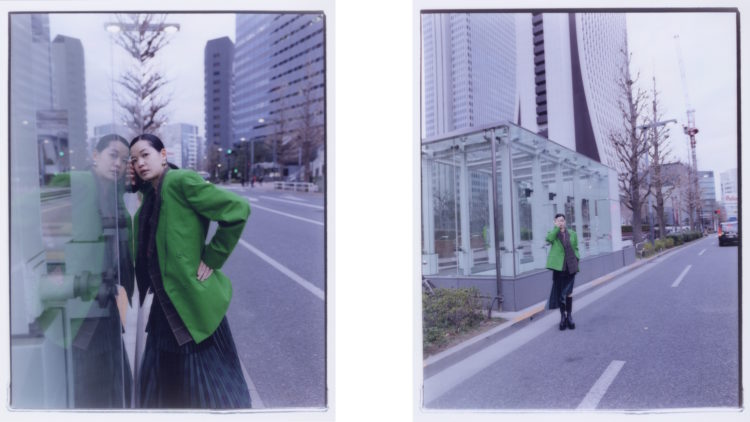 Eponymously named after the 20th century Irish-American heavyweight champion, John Lawrence Sullivan is the brainchild of ex-boxer Arashi Yanagawa. Known for fusing fabrics of Japanese origin with subcultural inspirations, Yanagawa aims to epitomise modern masculinity in its most liberal sense through boxy designs and durable looking shapes and materials. His SS19 womens collection embraces workwear attire and fitted garments whilst evoking a refreshing take on equality and strength. 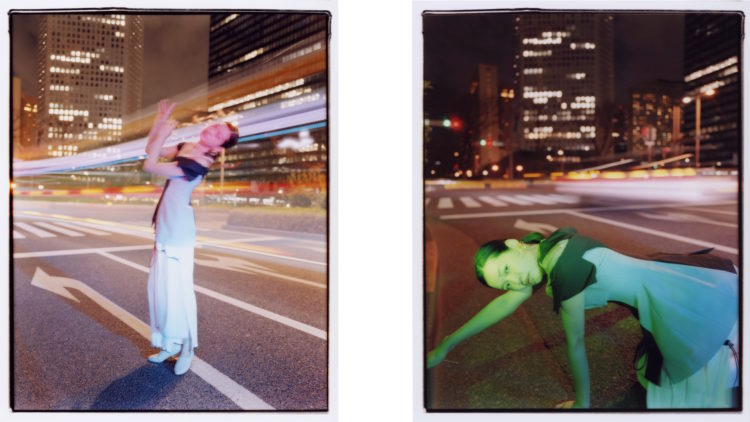 Akiko Aoki’s flawless and lightweight garments aren’t just drawn from Japanese elegance and style. She’s been known to experiment with graffiti on her pieces, emphasising the versatility and capability of shifting the direction within her clothes. Blurring the line between menswear and womenswear is one of her main intentions. She uses classical mens tailoring but puts a feminine twist on it by adding simple forms and gestures—boundary breaking and with an aura of the unexpected enveloping it, Akikoaoki never ceases to excite its clients. 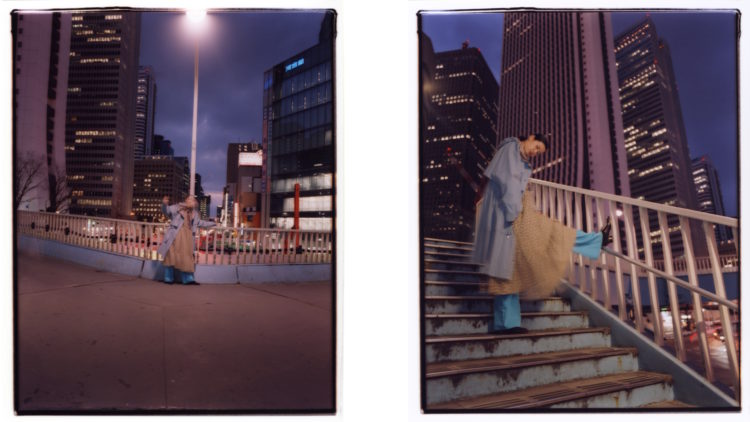 Celebrated for marrying contemporary activewear and emblems from his heritage, Japanese designer Atsushi Nakashima finds his sartorial zen in and amongst the crossing paths of East and West high fashion. Japan is famously known for being called Land of the Rising Sun—Nakashima adapts symbols from this name such as the circular sun and other geometric forms and blends them into his streetwear-high fashion hybrid designs. 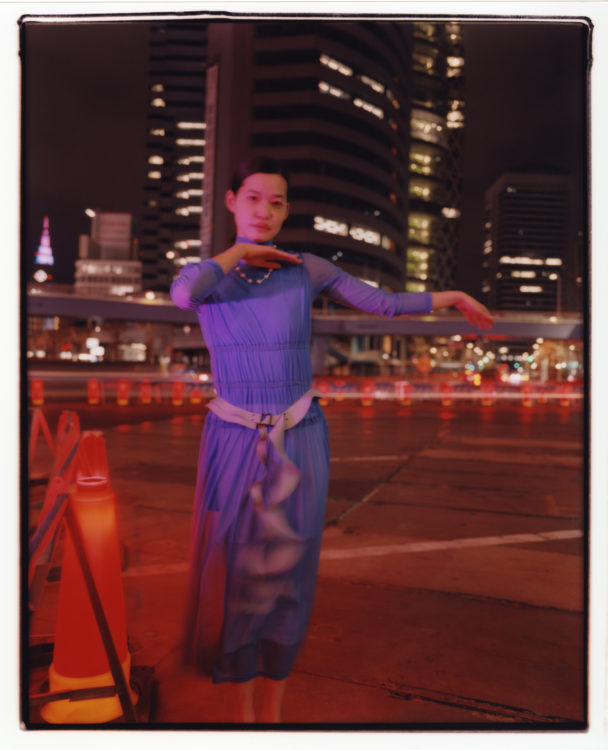 Tokyo-based designer and pioneer Yohei Ohno takes experimental to a whole new level. Not only is she influenced by the 1920s Bauhaus movement, but Irish architect Eileen Grey plays a huge role when it comes to the construction of her designs. A mix between mechanical framework and ruffled femininity, Ohno manages to convey a somewhat playful atmosphere through her pieces—a nod to the enjoyable and limitless action of creation and discovery through process.