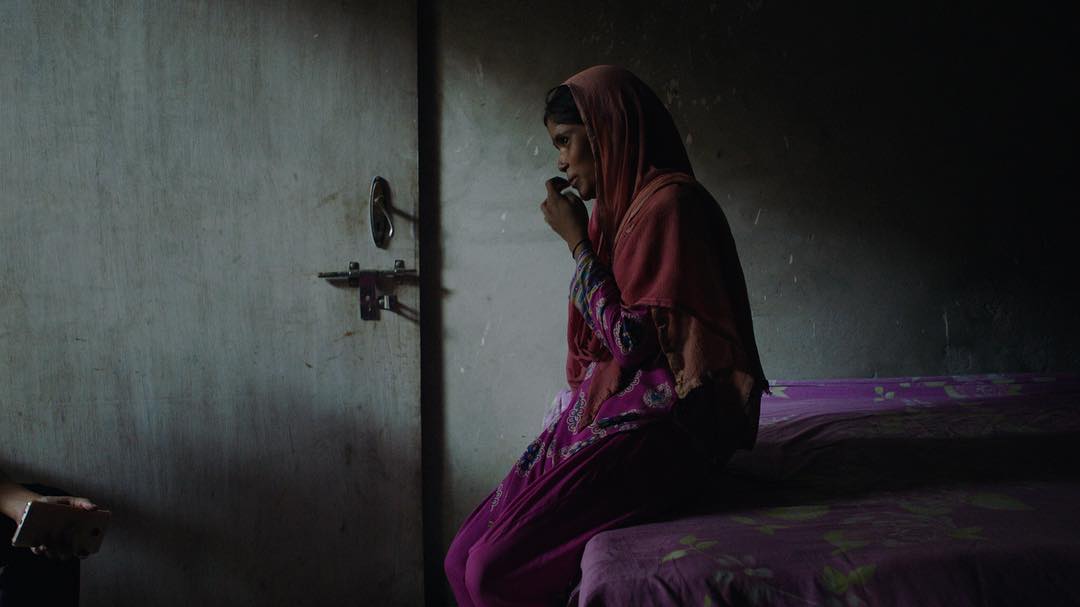 “A period should end a sentence, not a girls education” explained director Melissa Berton as she made history on Sunday night at the 91st Academy Awards. Berton, alongside co-director Rayka Zehtabchi, are the creators of Period. End of Sentence, the 25-minute-long documentary that won Best Short Documentary at The Oscars on Sunday. The win marked a revolutionary moment for women, particularly in India, but also worldwide, highlighting the importance of conversations on periods and menstruation to global societies and raising awareness on the dire lack of support and hygiene for women in less privileged communities. The project began as an after-school venture by the young women of Oakwood High School in L.A. who were eagerly searching for a way to keep girls in education in India—and thank God they persisted. If you’re yet to watch the pioneering documentary, log into Netflix and devote half an hour of your day to this really worthwhile cause.

The short film traces a group of women in Kathikhera, a village in the rural district of Harpur, Uttar Pradesh just east of India’s capital, Delhi. For generations, the women in this village have had zero access to any form of feminine hygiene products or basic sanitation. The young girls in this documentary couldn’t even say the word ‘period’—it was completely unutterable—can you image feeling that much shame and fear in regards to a natural biological process? It’s extremely common in India for schools to lack classes or seminars offering information and support when it comes to menstruation—a majority of young girls drop out of school once they start their periods due to lack of functioning toilets and privacy from men. As women from more developed parts of the world, we seem to forget how fortunate we are when it comes to accessible resources and health education.

Taboos around menstruation are a deeply-rooted issue that have been prevalent for centuries, and even now in 2019 they still exist—and have lasting effects on dialogues surrounding periods, further preventing women from fully understanding their own bodily cycle. Seen as ‘temporarily impure’, women in Nepal are banished to sheds exterior from their homes when they are on their periods—and it’s quite literally killing them. In addition to this, a lot of Asian cultures blatantly restrict women from praying or entering places of worship if they’re on their periods. This is something that’s never been challenged thus further encouraging people in society to see periods as something ‘unholy’ and ‘dirty’. Sneha, the woman who Period. End of Sentence really centres around, exclaims to the producers how one of the most highly regarded deities that these women pray to is also female, so it seems entirely irrational to restrict them from worshipping her. Not only does she emphasise the idiocy around menstrual taboos, but Sneha touches upon other life-changing expectations of women living in India. She took a commendable step and decided to enrol in the New Delhi police force in order to escape marriage—for years, women in India have been fighting for equality and basic human rights, but to hardly any avail. Just earlier this year, women in Kerala formed a 620km long human chain to fight for their rights to enter one of the most holy temples in India. The battle is ongoing, but issues like these need to be shared and debated. Topics related to India rarely see the light of day through Western media outlets and it’s time to change that.

Action India holds a feminine hygiene meeting for the local girls (and boy).

Apart from its colourful glory and vibrant bustling culture, India is a country so entrenched in tradition, religion and patriarchy—which is why documentaries and open discussions such as this are of the utmost importance. The women of Harpur came together as a movement, refusing to be shamed or berated for their bodies and decidedly taking matters into their own hands. Upon installing a pad-making machine in their village, they not only produced and distributed pads to all of the other nearby villages, but they also offered one another the ability to become financially independent—for the first times in their lives, they had jobs. In an unexpected and progressive manner, even the men from these villages began to adjust their opinions and stereotypes regarding women’s role and position within their culture. One elder went so far as to state, “the strongest being created by God on this planet is not the lion, not the tiger, but the woman”.

Bollywood’s Guneet Monga, of Sikhya Entertainment, who produced Period. End of Sentence ecstatically tweeted on the night declaring “WE WON!! To every girl on this earth… know that you are a goddess… if the heavens are listening… look ma we put Sikhya on the map”. Around the world, celebrities, politicians and the general public have applauded the documentary for it’s courage to stand tall in a society brimming with pre-existing notions that censor dialogue on periods and women’s hygiene.

The documentary overflows with shots that pan across rural India portraying its sheer vastness and expanse—a country with a population of 1.3 billion people, the second highest in the world. Practically all of the women filmed for the documentary believed that they’d be unknown and unheard of all of their lives, silenced by culture, ostracised and invisible to the rest of the world—however this documentary changed all of that. The Principal of the school in Harpur village explained during the short film that women are the base of any society; these women in particular just don’t realise the power they have, what they are capable of. Uplifting and enlightening, Period. End of Sentence deserves all the praise that comes its way, for being the first self-funded and female oriented project to pave the path to a period powerful future.