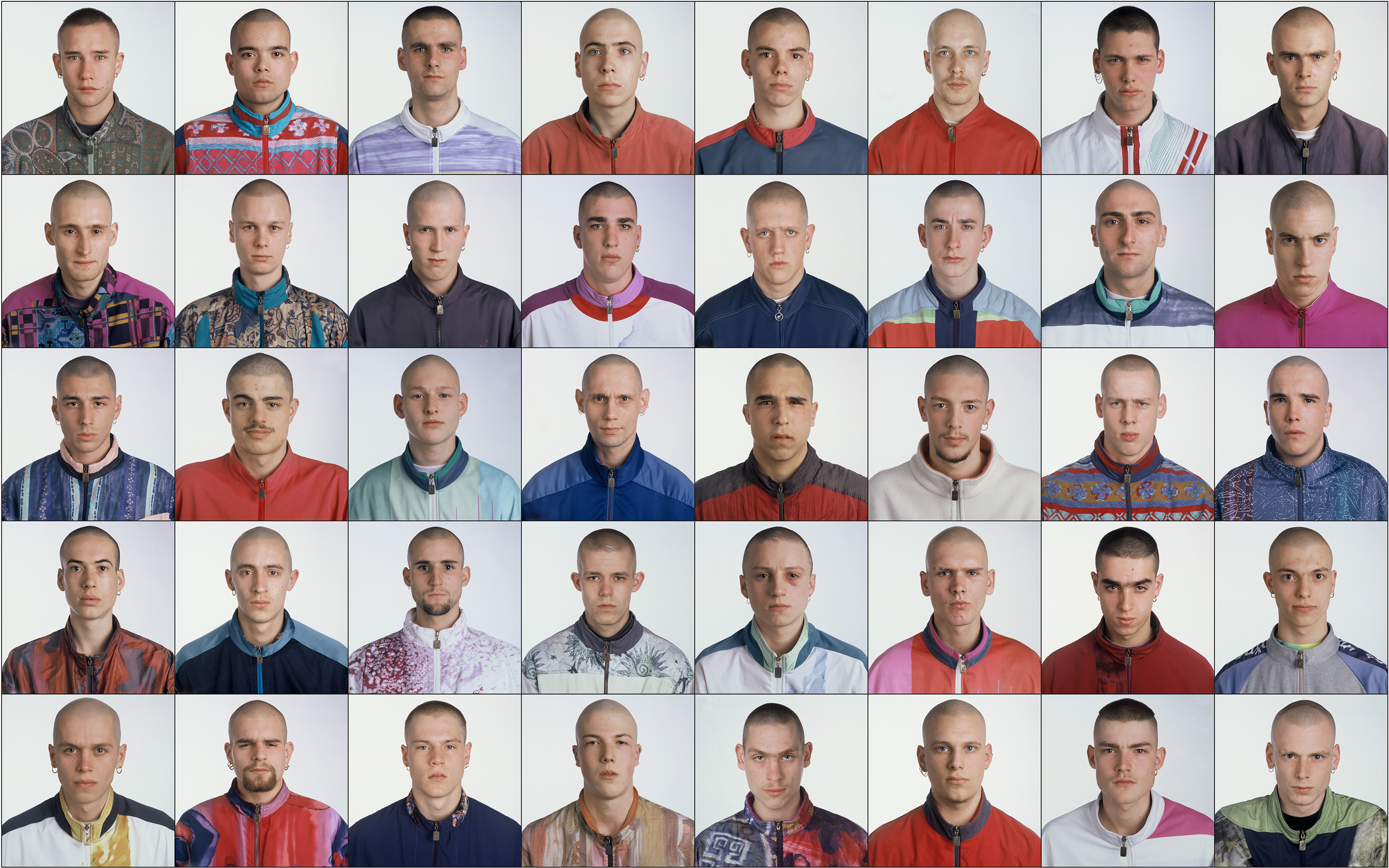 IS THERE SPACE FOR GABBER IN TODAY’S INCLUSIVE CLUB CULTURE?

Compared to the more ‘esteemed’ offshoots of dance music—like IDM, house and techno—hardcore has had a bad rap. Its associated genres, namely hardstyle, gabber and trance, have long been dismissed as scoff-worthy, residing in the shadows of seemingly hyper-masculine and predominantly white-European communities. Born in Rotterdam in the early ‘90s, gabber and hardstyle quickly gained traction, spreading like wildfire across The Netherland’s subcultural party scene thanks to passionate partygoers upholding institutions like Thunderdome Festival. At their peak, these genres came to be associated with the raw aggression of defiant youths, stomping away in buzzcuts and tracksuits. Much of rave culture tends to bear negative associations—think retro footage of pilled-up club kids, and an overwhelmingly white hetero male audience. Something about gabber’s pounding basslines and drilling tempos at breakneck speed seemed all too primordial and intimidating, but for the gabbers, it was simple, unpretentious fun. There were no frills, no fuss, just communal catharsis in a space playing its music hard and fast. This was a genre overlooked by the worlds of high-brow music journalism and modern club culture, viewed as the bottom of dance music’s barrel.

But in recent years, hardcore has been the subject of an unlikely renaissance, and more artists and events celebrating these genres have begun to emerge. Take for example Evian Christ’s Trance Party, Casual Gabberz in France, Poland’s WIXAPOL S.A, and Boiler Room’s It’s Not a Disgrace to be a Gabber and Hard Dance series; artists like HDMirror, Astrid Gnosis and Nkisi have reshaped these sounds, accelerating them in newer, progressive directions. Visual and sonic archives by Gabber Eleganza have fed the public’s hunger for vintage rave imagery and aesthetics. There clearly is a growing interest in these styles, with more artists exploring past points of reference, and more platforms providing the space for them to be enjoyed. We invited some of the people at the frontlines of this movement to voice their thoughts on why and how this has come to be, and whether it even is a resurgence at all. 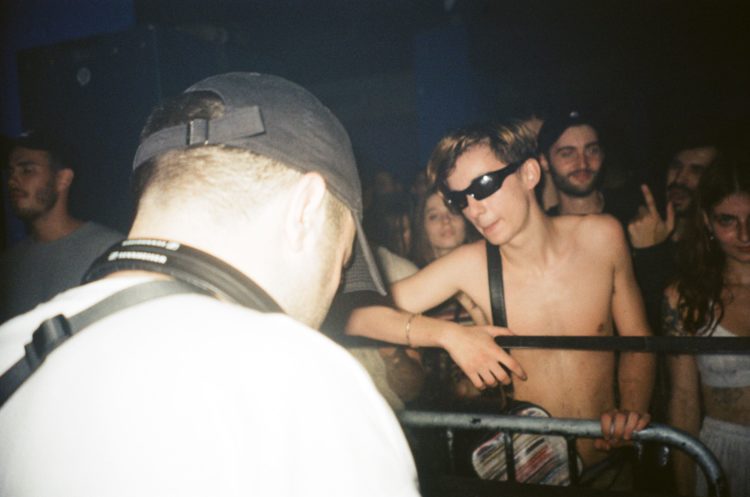 It’s important to stress that the sound of hardstyle never ceased to exist (and proudly) among its most loyal devotees. As artist Astrid Gnosis posits, gabber and hardcore “never really left. They were always underground genres and subcultures, that’s their essence.” It’s a sentiment shared by many of the scene’s heavyweights, including Glasgow-based events organiser Hawkchild DIY. “Hardcore, gabber and trance have always been here in Scotland. To say they’re being revived is false.”

But despite the unrelenting dedication of hardcore’s key players, for whom gabber never died, a revival has occurred, at least in the eyes of the mainstream. Fresh eyes have fallen on underground hardcore club culture, and its gained increasing exposure in digital media. Maybe it’s the aesthetic that accompanies it—aligning with the ‘90s nostalgia that’s capturing today’s zeitgeist—maybe it’s the music, maybe it was ahead of its time, or maybe there’s something about our bleak political exigencies that makes letting loose to hard and fast sounds more appealing. Whatever it is, there’s no denying gabber has awoken from its slumber, and is ever slowly establishing itself as a reputable facet of club culture. “We are in a culture of excess growth, speed and globalised institutional violence,” Astrid Gnosis reflects. “People turn towards the more incisive, harder sounds to purge and transform the terror and absurdity of what it is to exist in our society today.” 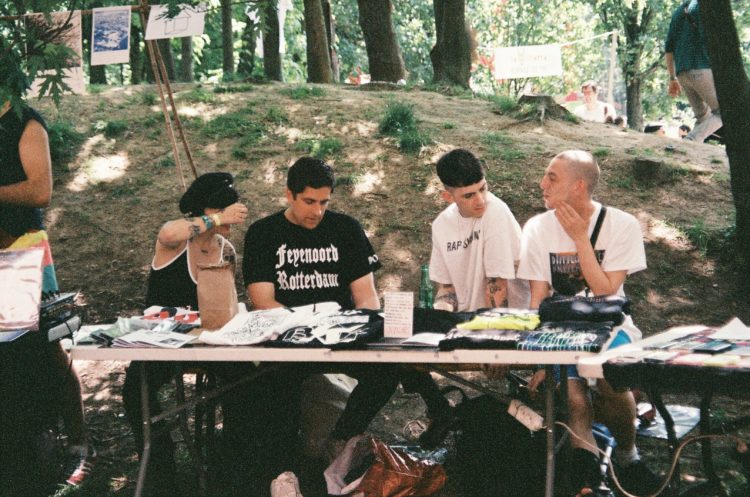 Hawkchild DIY also sees the movement as reactionary to club-corporatisation. “Many brands have cornered a lot of what people involved in club-culture have been enjoying over the past half-decade. Gabber and hardcore events are incredibly difficult to corporatise because of their intensity and abrasiveness, so they’ve escaped dilution.” The more we accelerate towards commercialisation and the dilution of culture, the more it seems people will strive to seek authentic and raw experiences based on unadulterated fun.

WIXAPOL S.A, a group hailing from Poland, are built on this core principle. With their devil-may-care attitude, they throw parties for youths that celebrate all of the catharsis and hedonism of rave, minus any seriousness or austere, traditionalist modes of thinking. Built on reddit-style humour and a penchant for speaking in all-caps, they feel that “[sic] NOWADAYS MAINSTREAM CLUB CULTURE IS WAY TOO SERIOUS. BORING AND PRETENTIOUS, PURE FUN FACTOR IS OFTEN IGNORED. WE FIGHT THE MUSICAL AND CLUB ORTHODOXY, LAME SNOBISM, ‘TRUESCHOOLISM’.” WIXAPOL’s way of battling the orthodoxy and dilution of club culture is to go full troll, itself a politically motivated tactic: “IT HAS VERY STRONG PUNK VIBES! WE MAKE SOUNDTRACKS TO A FAST-CHANGING WORLD. HARD TIMES NEED, HARD MUSIC.” 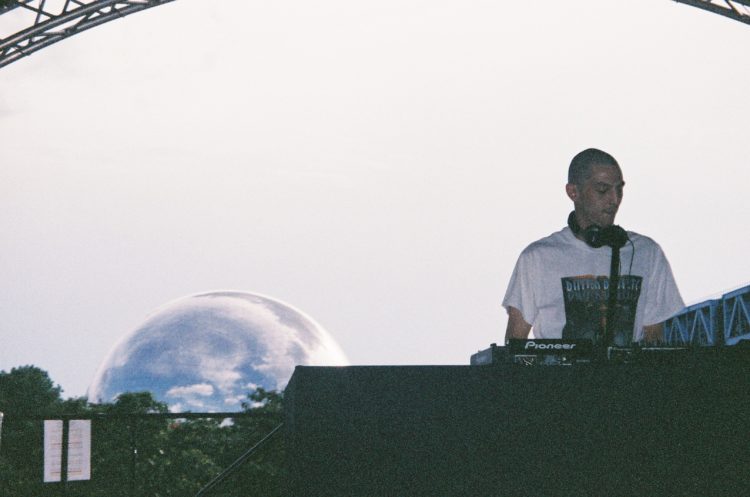 The spark of interest amongst a newer audience is then, not necessarily down to aimless nostalgia or a vague mythologising of these genres. Of course, the internet with its open references to the past has definitely piqued this interest in some way. And there’s no denying that there is an affinity between the boom of these genres in the ‘90s and the generations who were exposed to them. “It is quite common to see that the young ones who were exposed to certain styles then, later in life bring them into their work,” agrees Astrid Gnosis. Paris-based record label Casual Gabberz also feel that “this music and the whole culture that surrounds it was truly underestimated at the time, so right now we’re just trying to catch up” through different permutations of these styles. Astrid expands this idea: “now it’s all about setting new stepping stones for this music to grow, and pave new avenues for the hybridity of sounds and mixing influences.”

Similarly to Astrid, artists like Nkisi, HDMirror, Clouds, Kablam, and Bala Club (to name but a few) have taken these genres into new depths, mixing and evolving them into sounds that feel more universal and diverse, without strictly adhering to specific paradigms or epochs. For styles so notoriously associated with white hyper-masculinity, it’s crucial for new artists to remould them into sounds that break boundaries and encapsulate marginalised communities. “Speaking specifically about hardcore,” says Astrid Gnosis, “I think there is a more varied audience that enjoys this style nowadays. There’s also more representation of female artists and PoC within these genres. It’s starting to reflect the diversity of our communities and that’s important.”

For gabber to succeed in against a clubbing landscape that considers Berghain its mecca, diversity has to happen. So-called ‘happy hardcore’ was only ever ‘happy’ for a select few. The notion of a safe space is sacrosanct in progressive club culture, and to gain any kind of industry respect, its culture has to diversify. “Gabber, for us, is not about making hermetic closed subcultures,” say Wixapol S.A. “It’s about friendship, openness and radical acceptance. No dress codes. No discrimination.” When it comes to hardcore music, Copenhagen-born, Rotterdam-based artist Peckerhead wants us to remember the core of why these movements came to exist in the first place: “some people forget about the good old term, rave. For me, all people are welcome to have a great time, let loose and explore a shared interest. It’s about welcoming those who are new and teaching them about the culture.” 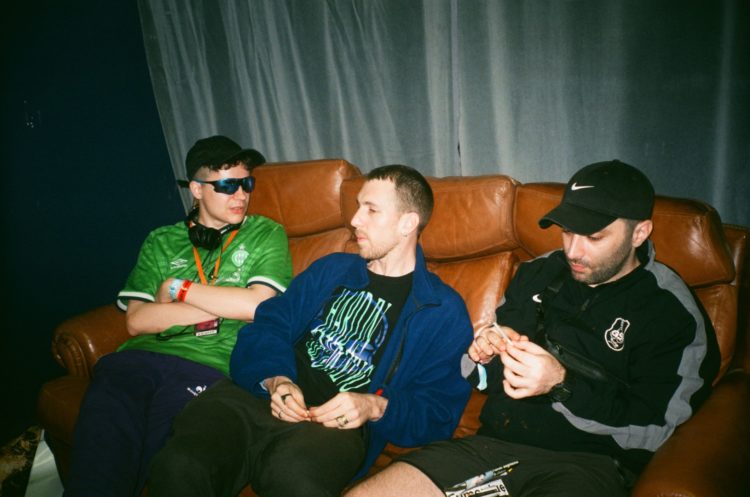 Whether it’s Nkisis’s fusion of African cosmology with trance arpeggios, Bala Club’s mixture of dembow rudiments with pounding gabber-style bass, or in HDMirror’s case, creating a snowball of several sounds until they are completely unrecognisable, it’s now the time to move these genres into the future to create new styles that parallel the diversity and hyper-modernity of our world. For label Casual Gabberz, it’s more about the elements which are “slowly being integrated in modern club music, and even pop music. This is just another step into shaping the global sound of tomorrow.”

Ironically however, every resurgence runs the risk of these acts of rebellion being absorbed into the very things they stood against. One glance at the fashion weeks of late and it’s clear that some brands are slowly digging their claws into this growing interest. Although there are familiar aesthetics associated with trance and gabber, buying into them based purely on shallow re-hash culture becomes self-defeating. Casual Gabberz recognise that “the visual part is an easier entry point for an outsider of this culture. It’s colourful, appealing… but sometimes it’s a problem when it becomes the main focus and is disconnected from the music, the people, the reality of the scene.” Peckerhead has a more sceptical perspective, viewing it as another wide open commercial market for the youth. “Think of it as a teenage revolt or something that was once punk, now just turning into another phase for some youths. This digital overdose has changed the way we interact, how we share, judge and analyse our surroundings.” Hawkchild DIY also sees that “the current rising trend of gabber and hardcore being played in clubs by arts’ students and ‘reputable’ DJ’s/producers is all fine and well, but these nights still need to be accessible and inviting to the demographic that made it what it is today. It’s bad crack if you benefit from the culture and not make it inviting to the people who are culturally aligned with it.”

Politically-charged and forward-thinking, it’s clear that there are pockets of this resurgence fuelled by the need for a collective human response against politics, corporations and club-commodification. The principles at the core of each paradigm (then, and now) are similar: catharsis, hedonism and progression. Of course, not a lot is safe from the hands of hungry commercial tyrants; there will undoubtedly be facets of this revival that are celebrated superficially, in the name of unconscious consumerism. The beauty of this current resurgence however, lies in the diversity of the sounds being created by a new generation of artists who are accelerating them in a completely new, futuristic direction. Gabber, hardcore and trance never really left, but we’re looking forward to seeing where else they’re destined to go.