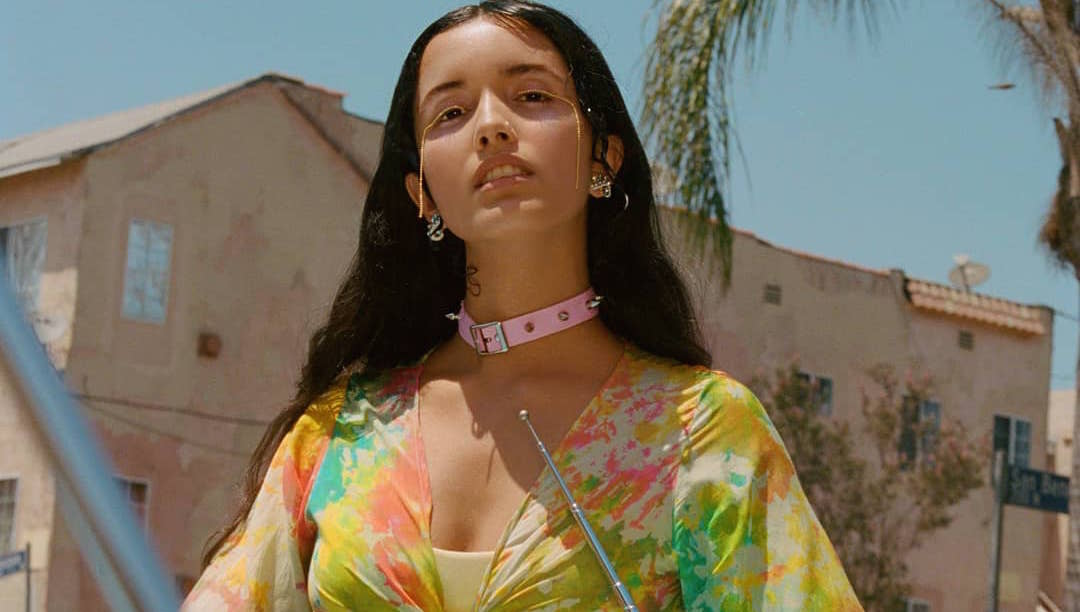 MEET THE SOUTH ASIAN WOMEN RECLAIMING THEIR HERITAGE ON INSTAGRAM

It’s 2019 and gone are the days of Facebook dominating the virtual world; the not-so-new kid in town, Instagram, has bulldozed its way to the top. With multi-faceted social media outlets like Twitter and Instagram on the rise, it’s easy to understand why many users are taking advantage of these platforms as business and self-marketing tools—but also as vessels to show and discuss mental health, cultural topics and opinions on just about anything.

Particularly in the past year, Instagram has seen a ridiculous surge in usage and accounts amongst its younger demographic. Within this bustling category exists a cluster of outspoken and powerful South Asian women who have taken to the picture-sharing platform to speak out about socio-political issues and what it’s like being a woman of colour in our current societal climate.

bringing back this ~moment~ with @esteelaudercompanies 🌸

First up is London based model, writer and influencer Simran Randhawa. With 112k followers –and this figure showing no signs of stopping, she dazzles us with her encapsulation of her Malaysian-Indian roots. Through beautifully patterned and vibrant traditional clothing like saris, kurtas and salwars, Randhawa touches upon the importance of embracing and reclaiming your heritage which couldn’t be more fitting for a post-Brexit England. On top of this she’s been known to use the hashtag #decoloniseyourwardrobe – a strong and historically charged stab at the UK’s dreadful colonial past with India. Randhawa consistently posts stories on physical fitness, street fashion, mental health and even the langar food from her Sikh roots (see more of her recipes on @simsnackin). Honest and unapologetic, Randhawa is a great role model for younger women as she highlights the importance of learning how to accept and appreciate yourself.

We live in a world where we equate being busy to being successful. The most common question I get asked is if I’m busy with tattooing. Yes I’m busy, so busy I made myself sick and had my first panic attack from being so overwhelmed with work. If you feel you’re being unproductive, lost or doing the bare minimum, you need to know it’s ok. It’s ok to do nothing, we need to time to breath and let our minds evolve, sometimes you can only do that by being idle. We praise people for being busy because we’ve been taught that’s what success looks like. There are more ways to be successful and you must know you are important and you are valued. Your work status doesn’t determine how successful you are. Photography by @a8lia 🧡

Heleena Mistry channels her fierce Gujarati beliefs and glorious roots through her intricately done twists on traditional tattoos from her studio in Leicester, UK. A constant reminder that being covered in tattoos is something you can be proud of, Mistry brushes off the stigma and taboo that South Asian women aren’t allowed or considered ‘attractive’ with ink on their bodies. Tattoos of the Goddess Kali and Lord Hanuman, tribal trajva patterns and other symbols of South Asian culture, elephants, lotus flowers and Indian male and female characters, are all prevalent in her work. She’s relentless in expressing her view on other communities adopting these tattoos exclaiming that it’s a form of cultural appropriation and then shutting down rebuttals by remarking on the unspoken yet rich history of tattooing in old Indian cultures. With now over 20,000 followers, Mistry has secured her place as one of the most predominant young South Asian tattoo artists in the UK.

Josephine Shetty is a self-proclaimed azaadi (meaning anti-imperialist and free) pop fairy and musician. We see how her South Asian roots penetrate her musical career through snippets on Instagram of her performing melodic Indian vocals, and of her recent ep ‘Chalo’ showcasing the sartorial elegance of Indian garments. She also highlights the importance of working with underrepresented individuals; a project of hers ‘Azaadi is Freedom is Fate’ was produced by and features only queer, trans and femme women of colour. Shetty’s Instagram comes across as a cathartic yet activism-centered form of expression with posts on ‘smash Brahminical patriarchy’ and the Muslim and Refugee bans in US. Through the might of Instagram, she creates a space for empowerment and acceptance amongst minority communities.

Berlin based model, writer and artist Riya Hamid is no stranger to taking to Instagram when things need to be said. Her frank politics, openness on struggling with mental health and her courage in highlighting online harassment have gained her a staggering following of over 45k people. However, it’s not only these topics that she addresses; even though she spent the majority of her upbringing in New York, it’s her Bengali roots and garments, and in particular Bengali food, that have dominated her Instagram with Hamid posting stories of delicious step-by-step home recipes. Furthermore, her velvety pencil drawings of tender yet unsettling childhood memories have become one of her trademarks, with Hamid now selling her prints and drawings online. It’s fair to say that Hamid is an inspiration to young women worldwide – her sheer honesty and open heart make her one of Instagram’s most beloved South Asian accounts.

MY SIDEBURNS ARE HIGH FASHION NOW

Maria Qamar is a Pakistani born artist and author who moved to Ontario, Canada at the age of nine. With an unbelievable 158k followers, she is one of the most leading and successful South Asian artists on Instagram. Qamar’s incredible and vibrant pop art has a playful twist on it, with well-known Hindi words and phrases like ‘bad beti‘ which translates to ‘bad daughter’, at the forefront of her comedic yet satirical pieces – not to mention she’s designed a bunch of samosa beanbags! With the likes of Mindy Kaling collecting her artwork and brands such as Nike, NYX Cosmestics and Google obsessing over her practice, Qamar is soaring to the top. Her recent book ‘Trust no Aunty’ is an entertaining and illustrated ‘survival guide’ which comments on her experience growing up in a South Asian immigrant family and the women she’s encountered throughout her life.

Other extremely well curated South Asian Instagram accounts to keep your eyes on are @navi.kaur for contemporary art and familial anecdotes, @raveena_aurora for liquid gold honey vocals and glistening music videos, @zrnmhmmd for hilarious yet poignant art criticism and food galore and @casxvii for selfies and self-love.