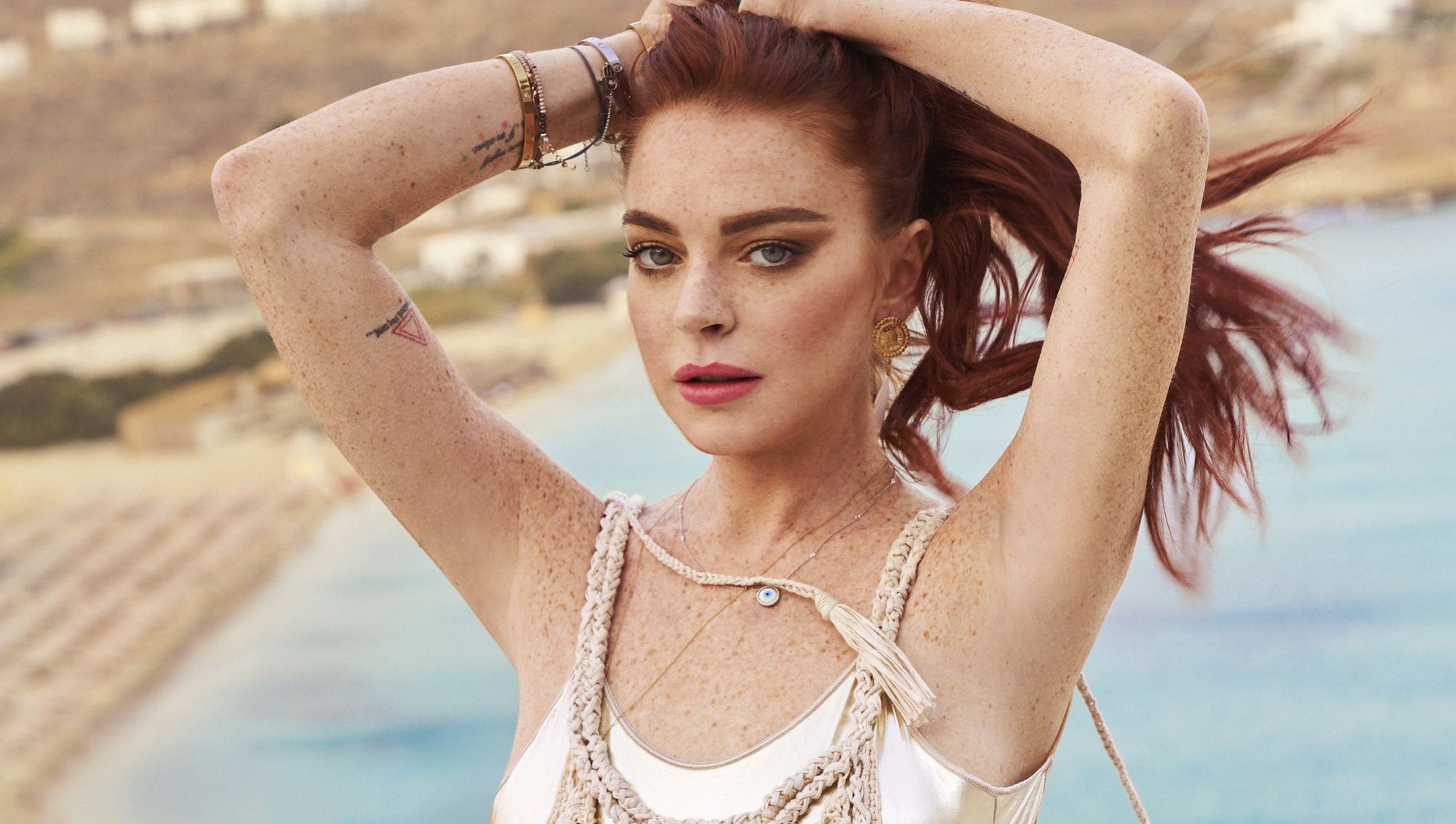 Wake up and smell the screwdriver! The premiere of MTV’s Lohan Beach Club last night has actually managed to rob the disgraced American actress of the blunt assertion made in the most meme-able moment of 2018, which featured her dancing in a silver onesie while high on what can surely only be a quaalude. But one episode in and we can all officially ascertain that bitch, this is NOT how you throw a party in Mykonos.

Lohan’s latest attempt at career revival has birthed yet another hideous piece of media, a reality show much like the Bravo classic Vanderpump Rules. But its boozy scenes are a far cry from Lindsay’s last major television appearance, Oprah’s 2014 docu-series Lindsay, which aimed to broadcast her “comeback”, but what rather became an extended, failed episode of “Intervention”. The crew of the show became the stars, who resorted to filming themselves while waiting outside of Lindsay’s door after consistently delayed and cancelled shootings. Her frantic excuses for failing to show up for pop cultural Mother Teresa Oprah-fucking-Winfrey, of all people, was “maintaining her sobriety”. The series later reveals that, despite not filming, she breaks sobriety multiple times over the course of the cancellations. Since then, Lindsay, knowing the jig was truly up, fled America to do what she does best in the comfort of foreign lands. She’s since built a physical place to monumentalise her troubled past of partying: a trashy beach club decked out in the tragically outdated 2007 Boho style Lohan remarkably still clings to, on Greece’s most notorious island. 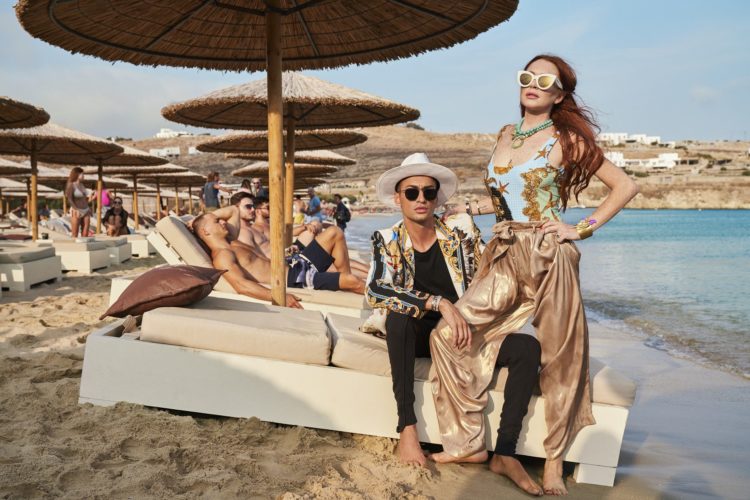 From what we can discern, the meat of the show will be sadly not be Lohan’s antics but rather those of her chosen staff of American “ambassadors”. Lindsay’s role, to all of our disappointment, is limited to that of tyrannical boss. She is the overseer of chaos, not a participant, a stark shift from her past starring roles in the tabloids which have driven her to madness over the course of her career.

Lindsay and her business partner Panos (the only component of the show that’s moderately likeable, aside from B-roll landscape shots of Grecian beaches and towns) have assembled a team of nightlife try-hards from around the US, who are hired to “promote the Lohan brand”, or in other words, up-sell cocktails and remove their swimsuits on camera, on or off demand. After Lohan’s tumultuous, seemingly never ending fall from grace (it seems rock bottom is lower, still) it’s only fitting that the latest attempt to preserve what shreds remain of her dignity is creating a show in which she is constantly compared to younger, wilder creatures of nightlife than herself at present age. So far Beach Club is an inadvertent depiction of the destitute, alcohol-driven partying culture in the US, which is far more reliant on sexism and capitalism than music or liberation. The team of shot guzzling, fame thirsty VIP attendants represent minor alterations of the same category human: the American power basic—traditionally “attractive”, money hungry and floozy youths, each with a different “bootstraps” story, playing up their parents’ immigration to bolster “self-made” appeal.  It seems as though not even the endless streams of cocktails are self made, as forbidding sneak peaks depict each character’s imminent Beach Club downfall. Montages of vomiting staff and saddening make outs are accompanied by the kinds of verbal attack that are the underpinning of reality TV. Clearly we’re in luck, as the premiere suggests season 1 will bring us no shortage of “FAKE ASS BITCHES” who “BETTA BE SORRY”! Delightful. 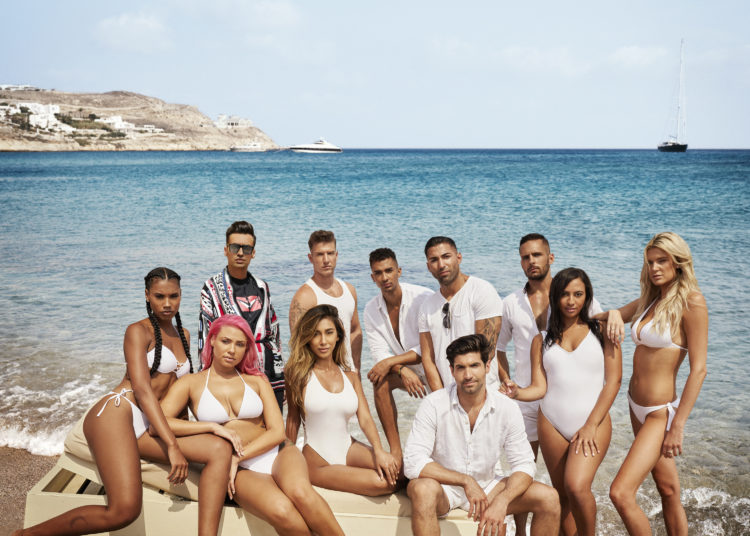 The rare Lohan interludes, which show her berating her staff, are—needless to say—the highlights of this trash fire. Lohan’s imaginary, intercontinental accent is on top form,and her lip fillers and botox seem to restrict her facial movements more than ever before. The show gets 10/10 points for humour, considering that entire crux of the show is contingent on these “ambassadors” growing, honouring and sustaining the “Lohan brand”. The Lohan brand shaped by countless trips to rehab, jail time, Arabic cultural appropriation, and, most recently, the attempted kidnap of refugee children. 100% would recommend for any Lohanites curious about the latest chapter of her demise. Fair warning is that the show’s boozy content will imminently cause a contact hangover, which is worsened by intermittent shots of Lindsay’s dance moves in a sequined golden frock which reads “TOO GLAM TO LIVE”.

All images property of MTV.