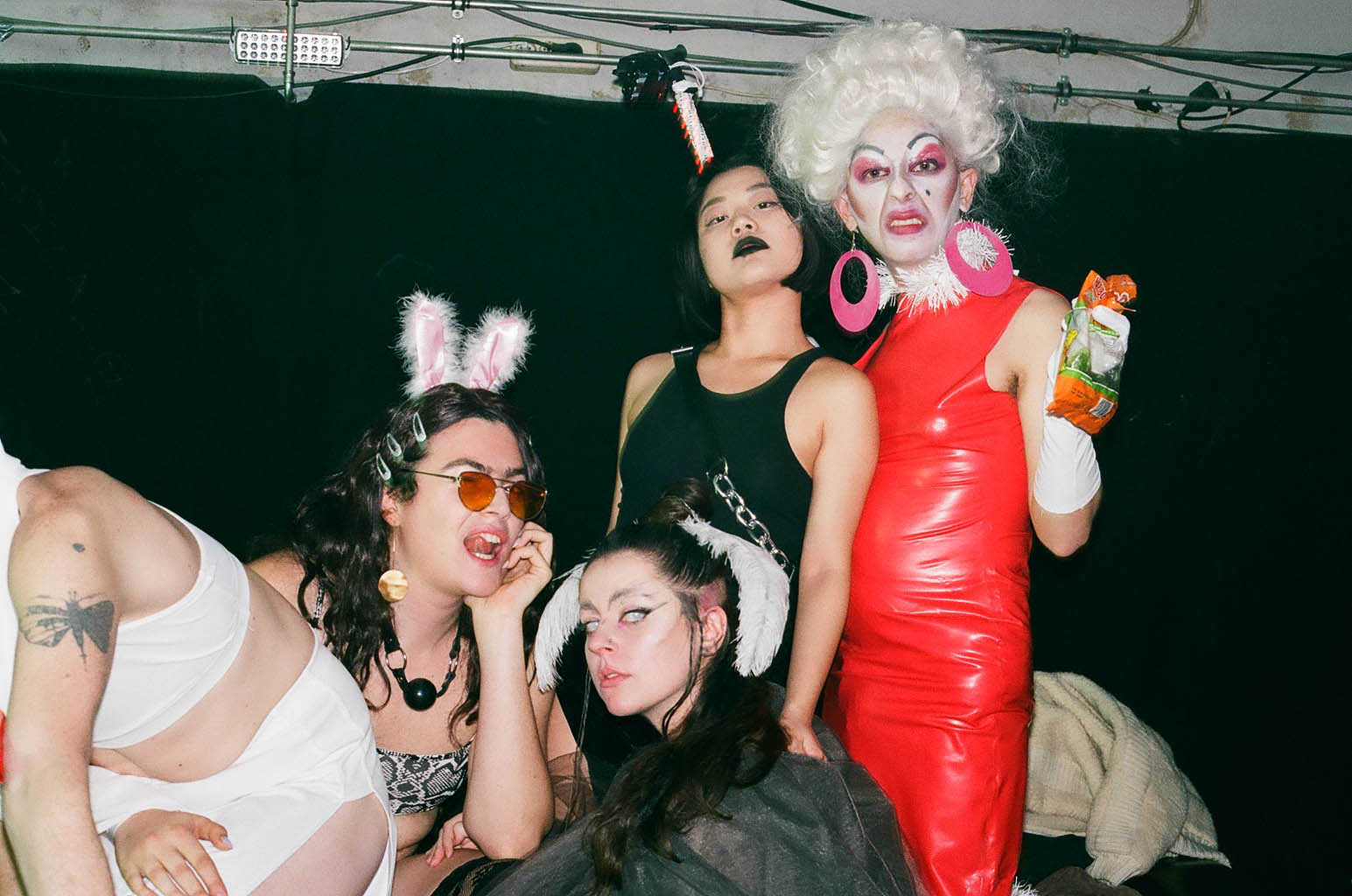 If you really care about something, you make it happen—somewhere, somehow. Once upon a time the increasingly commercialised club culture we know today grew from the misfits, the marginalised groups and subcultures that felt the urge to create their own languages, movements and spaces in a strongly patriarchal society that failed to give a slice of freedom to everyone.

If you look around any so-called mecca of club culture today, it seems like the struggles and strife of rave’s early days were worth it. From Berghain to Bassiani, any club worth going to follows a no-racism, no-sexism policy—and these forerunners have established safe spaces for expressing one’s identity without stigma. But inclusive environments—where all feel welcome and unthreatened—need to be nurtured, and maintained, and fortunately, the underground techno scene is prospering with progressive thinkers, who take the issue into their own hands. 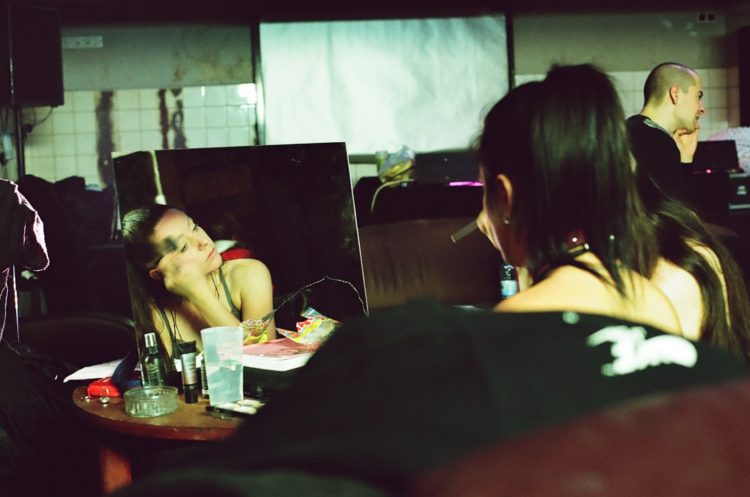 Leipzig-based collective Œuvre was born out of the desire to create something bigger than your usual, increasingly pseudo-underground rave experience. Formed by a group of friends who share the same passion for techno, rave and the subcultures surrounding it, the collective comprises young artists spanning the fields of performance, music, and visual arts (Œuvre: from French, referring to the complete works of an artist; synthesis thereof)—all with a focus on everything femme, trans, drag, and queer. Manifesting their vision of what club culture bears in its very core, the collective joined forces with the IFZ (Institut für Zukunft) in Leipzig, one of the leading techno institutions in Germany, to create the kind of all-embracing experience they are still desperately missing: an unapologetically loud, progressive concept that showcases drag performance as core element of the clubbing experience. With lineups entirely populated by female, femme and queer DJs* and performers, Œuvre’s parties offer a pro-sex, pro-body positivity safe space for all queer people, their friends and extended family that is all about supporting each other and strengthening (inter)national LGBTQ+ bonds.

Just as it’s encoded in Œuvre’s name, the collective’s events are about creating one whole artistic experience: from teaming up with a venue that aligns with their progressive, anti-normative vision, to collaborating with all-female*, trans*, non-binary* DJs like Yha Yha from the trans collective New World Dysorder and the Hamburg based POSSY gang, they create an experience fully dedicated to the empowerment and appreciation of all variations of queer expression, genderfuckery and drag art, encouraging all newbies and whoever else feels a gravitation towards drag to come along and try it in a safe, liberating environment. 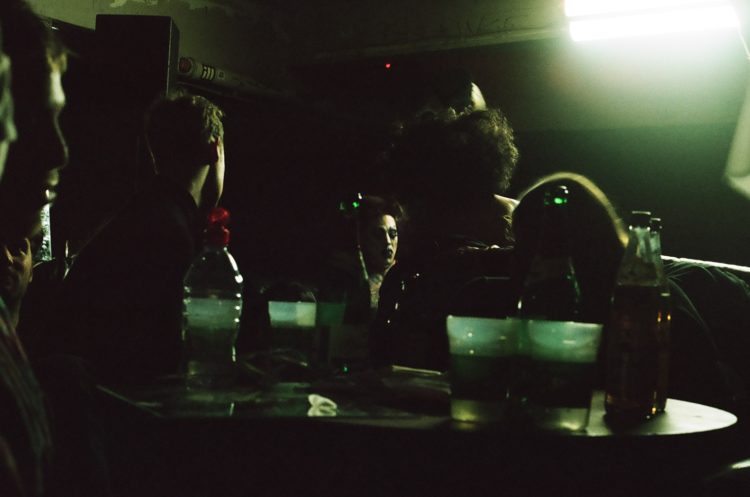 Drag performer and trans woman Parisa (aka Ms Mother Monster of Œuvre) describes the power of combining rave energy with the boundary-pushing art of drag performance—a tool for channelling and celebrating the collective liberation as well as the pain and struggle many experience in their day-to-day life: “I love drag. I think everyone should try drag. I think people can really embrace it and find themselves in it because drag can be anything and everything. And that’s the only definition there should be for drag. People try and make it an exclusive thing or have the perception that only certain bodies, certain identities are allowed to do drag which is bullshit because in the past there has always been a multitude of bodies and identities who have embraced it.” She describes drag as a way to seek beyond the fear and pressure to be conform, beyond the spectrum of gender – a way to transcend racism, sexism, transphobia, homophobia, and basically discrimination many people experience for being a lot of things at the same time: “I went through a lot of shit myself and I can make this shit into fun-loving and celebratory art that can also be sad and depressing and make you feel really uncomfortable in the space while the show is performed. Walking this fine line between having fun, loving yourself and celebrating yourself but also between the grotesque, the horror, blood, pain and reality, the shattering reality to live in late capitalism under a normative, white patriarchy… walking that fine line is what I can draw people into with my performance.” 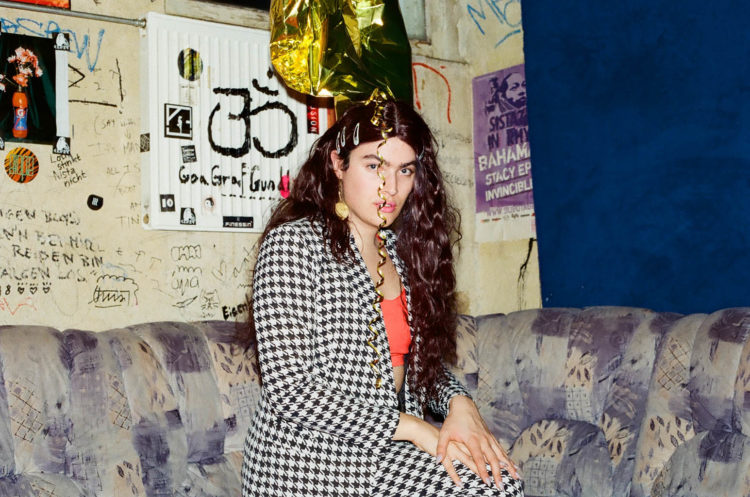 Despite the efforts of emerging collectives such as Œuvre, there’s still very little femme queer representation in club culture because, like most cultural spheres, it is dominated by, and thus catered to hetero white male audience. Creating queer-friendly or queer centred events in a club culture that (at least in Germany) is mostly run by this exact majority (often leading to a lack of recognition for the queer community) can really feel like tilting at windmills, as most events contributing to club culture fail to represent its actual crowd, or let’s face it, our society in general.

Fighting for femme and non-binary representation remains a hard job but it’s exactly what brings focus to the issue of misrepresentation, discrimination, stigma and violence many people of the LGBTQ+ community all over the world experience, still. “We unite people who are very much into the clubbing scene, who know exactly what’s going on in the techno club culture, who want to contribute because they see what’s happening,” Œuvre explain. “We want change and we want to make it ourselves. That’s how we’ve been working for the last years, how we always wanted to work: we saw the current situation, we didn’t like it and wanted to make it better – or our own version of it. And we feel that it’s fun and good for everyone involved, that’s why we’re doing it again, and more, and again.” 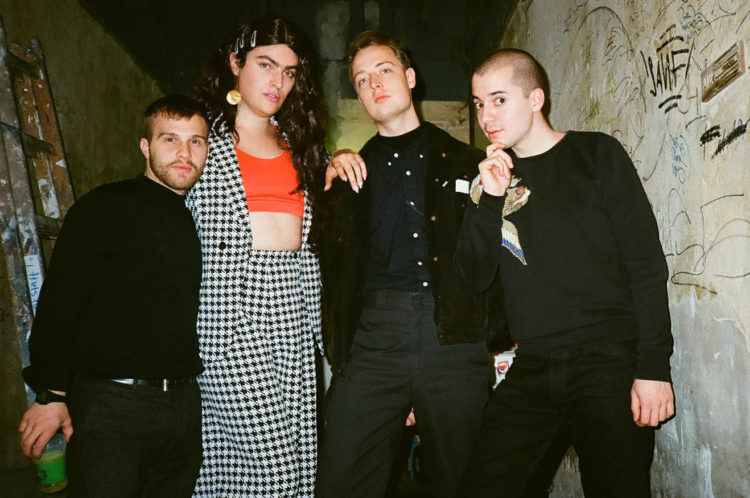