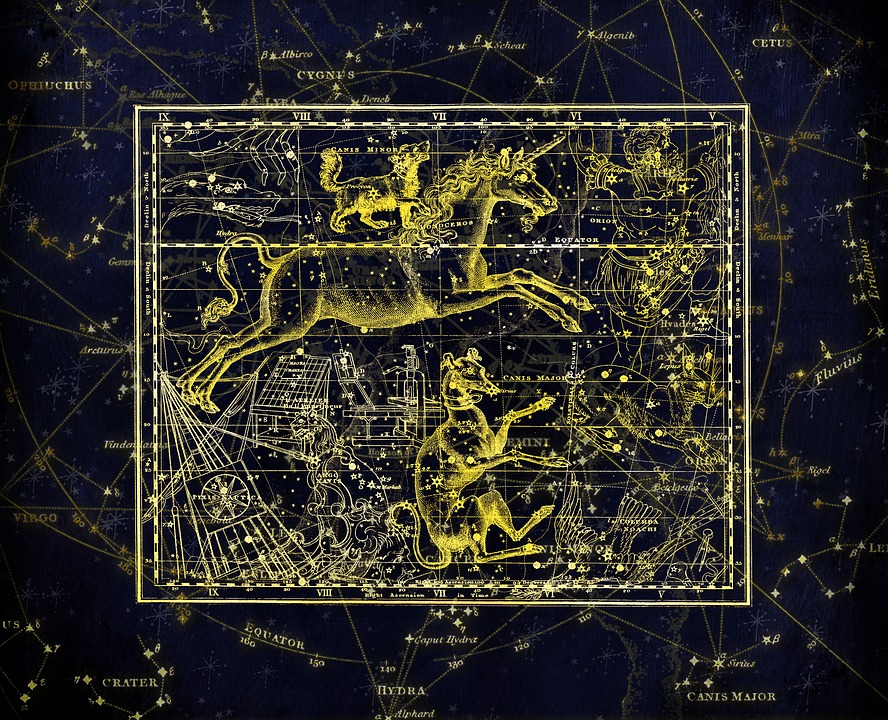 WHY ARE MILLENNIALS REPLACING RELIGION WITH ASTROLOGY?

From sun sign “moods” to zodiac fashion à la Vetements, it’s no secret that astrology is having a moment among millennials. And nowhere does this modern rise of secular spirituality manifest as much as Instagram. Accounts like @astromemequeen and @costarastrology feed us with daily digestible chunks of astrology in the universal language that we all speak: memes. They show us, in jest, which type of fries we’re more inclined to according to our zodiac, or which method we’re more likely to use to shun a pesky ex-flame. But what’s presented to us here in only a few characters is a little more complex than that.

Astrology is a belief system founded on the idea of human life on earth being influenced by constellations of the stars. Horoscopes — the same ones that litter the back pages of nearly every newspaper and magazine — are just one small aspect, but, like a gateway drug to a curious teen,  one which opens the door to bigger things. Delve a little deeper into astrology and you’ll soon discover that a person’s zodiac equates to their sun sign (determined by the position of the sun on the day of their birth) and that to give a more detailed description of personality, the moon and planets also play an integral role. To gauge a more complete picture of a person, their exact time and place of birth must be known, to create a so-called birth chart of how the stars and planets aligned. If it sounds like hocus pocus, we feel you — astrology has been vehemently rejected by the scientific community, but then so have many multi-million dollar holistic industries which swarms of people swear by. And today, something about astrology is capturing the millennial zeitgeist. Character traits are explained through patterns and positions of the planets, love interests are increasingly tested for sign compatibility and all hell seems to break lose among 20 and 30-somethings when Mercury’s in retrograde. But why exactly are we so drawn to look for guidance in the stars?

The phenomenon of astrology is not a new one, it dates back to ancient times. It last peaked during the New Age movement of the ‘60s and ‘70s in California, when people were trying to achieve a new state of love and light through personal transformation and healing. Back then, long hair and a hippie-esque style showed a certain affinity to the belief. And while its aesthetic manifestation might have changed today, the substance is as crucial as it was then. In uncertain times, rife with political distress, economic instability and social inequality, astrology is providing reassurance when needed. As we increasingly turn our backs on religions that are riddled with misogyny and homophobia — and don’t align with a millennial mentality, it seems ancient ideologies are making a comeback.

And as it is with every cultural movement and major online trend, it’s only so long before the fashion world latches on, in visible appreciation, or appropriation, but cementing the trend’s status. In 2018, hyped French fashion house Vetements dropped a range of zodiac t-shirts, showed a small symbol of the sign in the front and a written description of the associated character traits in the back. And next to high fashion labels adapting symbols into their collections, the term of “zodiac fashion“ has gone viral, meaning that one’s rising sign (the sign of the zodiac that ascended on the eastern horizon on one’s exact date and place of birth) is not only responsible for certain character traits but also dictates a person’s sense of style. If we’re to believe the spiritualists on the world wide web, this also works for the colour of lipstick or the amount of shimmer in your eyeshadow. And as it’s entered the mainstream, the stigma surrounding astrology has subsided somewhat. As it’s become fashionable, it’s become less criticised as an esoteric belief, put away in the last pages of women’s magazines. Astrology has found an aesthetic identity, and it’s one that matches the Instagram feeds of today’s opinion leaders.

We live on the forefront of technological advancement, and with explanations for almost everything, we’ve created a desire for the mystical. The mere thought that everything — from science to politics to human interaction — is based on realistic explanation is scary and boring at the same time. We want life to be unexpected, surprising, mystical and comforting all at once, and maybe that’s what astrology offers us. Fundamentally, it allows us to understand life’s random events and put them into order: If things at work aren’t going well, maybe the position of the moon can help to gain new energy, it is okay to take some time for self-care now that the Sun moves into Capricorn. Whether it’s just a fleeting Instagram trend, or a viable belief that came to stay and regardless of whether its millennial followers are doing it for real or for the ‘gram, astrology acts as an untainted escape from the injustices and damaging rhetoric that perpetuates so many aspects of our everyday life. In a tumultuous era tainted by Trump, treason, institutionalised racism, sexism and homophobia, what’s the real harm in finding solace in the stars?