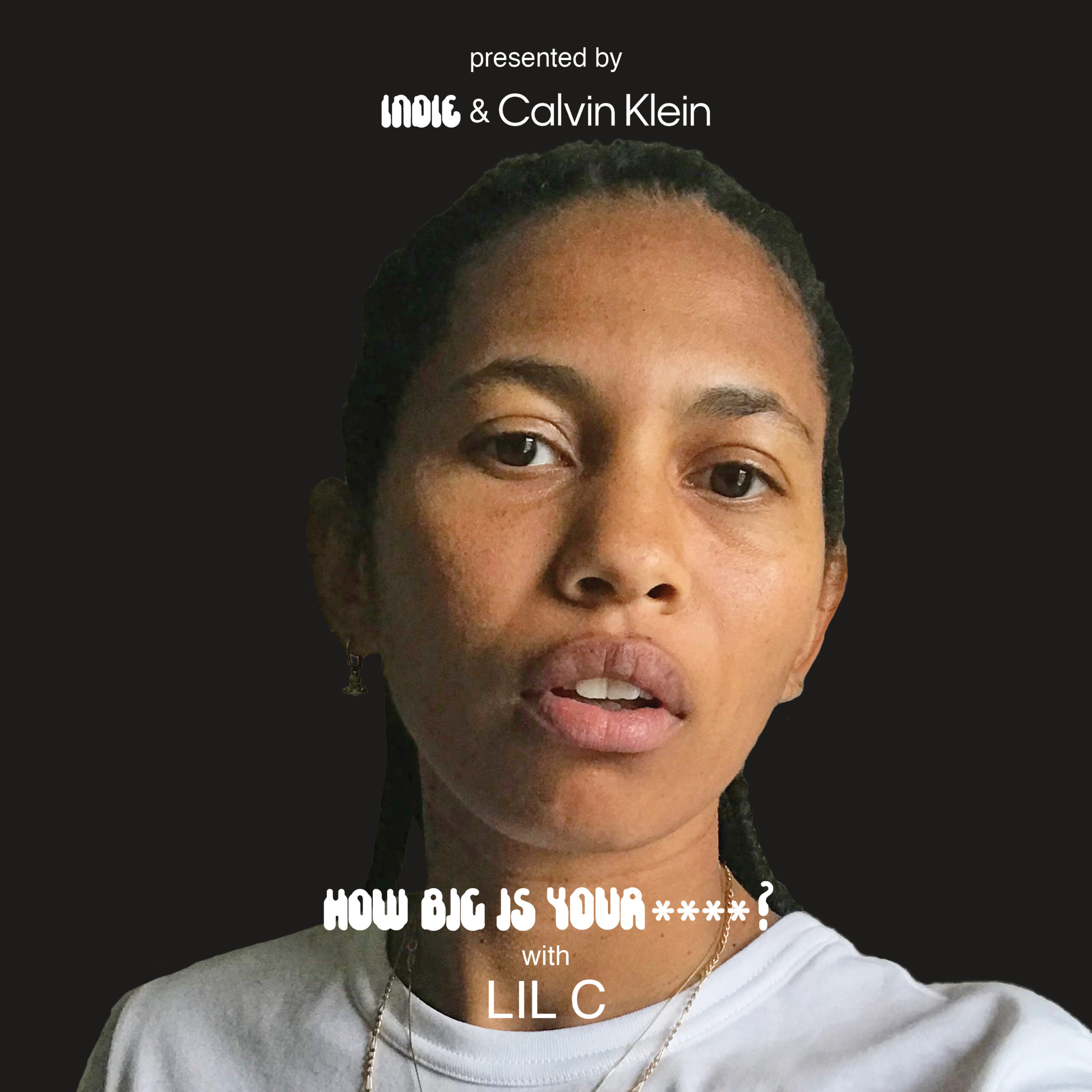 How Big Is Your **** ? is the 4-part podcast series where size doesn’t matter, perspective does. Brought to you as part of Calvin Klein’s ongoing #proudinmycalvins campaign, INDIE is exploring the concept of pride and how it manifests all year round—not just in Pride Month.

DJ, dancehall connoisseur and professional party starter Lil C represents South London forever and always—but when it comes to music, she’s Mrs. Worldwide. Her near-academic approach to Jamaican sound system culture, Afrobeats, Reggaeton and everything in between has made her a mainstay at NTS and Reprezent Radio stations. She’s one fourth of party collective Prestige Pak, and holds down a day job at legendary label XL Recordings.

In the seven years since she started DJing, Lil C has gone from being a party-goer to a party thrower, and during that transition has acquired a more mindful approach to club culture. “It’s about asking yourself, ‘do I need to be here?’ and not being a party tourist.” She’s dedicated to creating environments which prioritise and empower trans people, queer people and people of colour, and advocates for reclaiming space. “It’s like, we are rolling out, this is our space. If you’re coming in—get on our frequency. Some parties aren’t necessary, but some really are. And if there is oppression in society, the parties are gonna bang harder—because there is a reason to dance.”

Stream the episode in full below, or find it on Spotify, Apple Podcasts or Google Podcasts.

Paid partnership with Calvin Klein. #proudinmycalvins. Disclaimer: The views and opinions expressed during the series are those of the individuals featured, and do not necessarily reflect those of Calvin Klein.