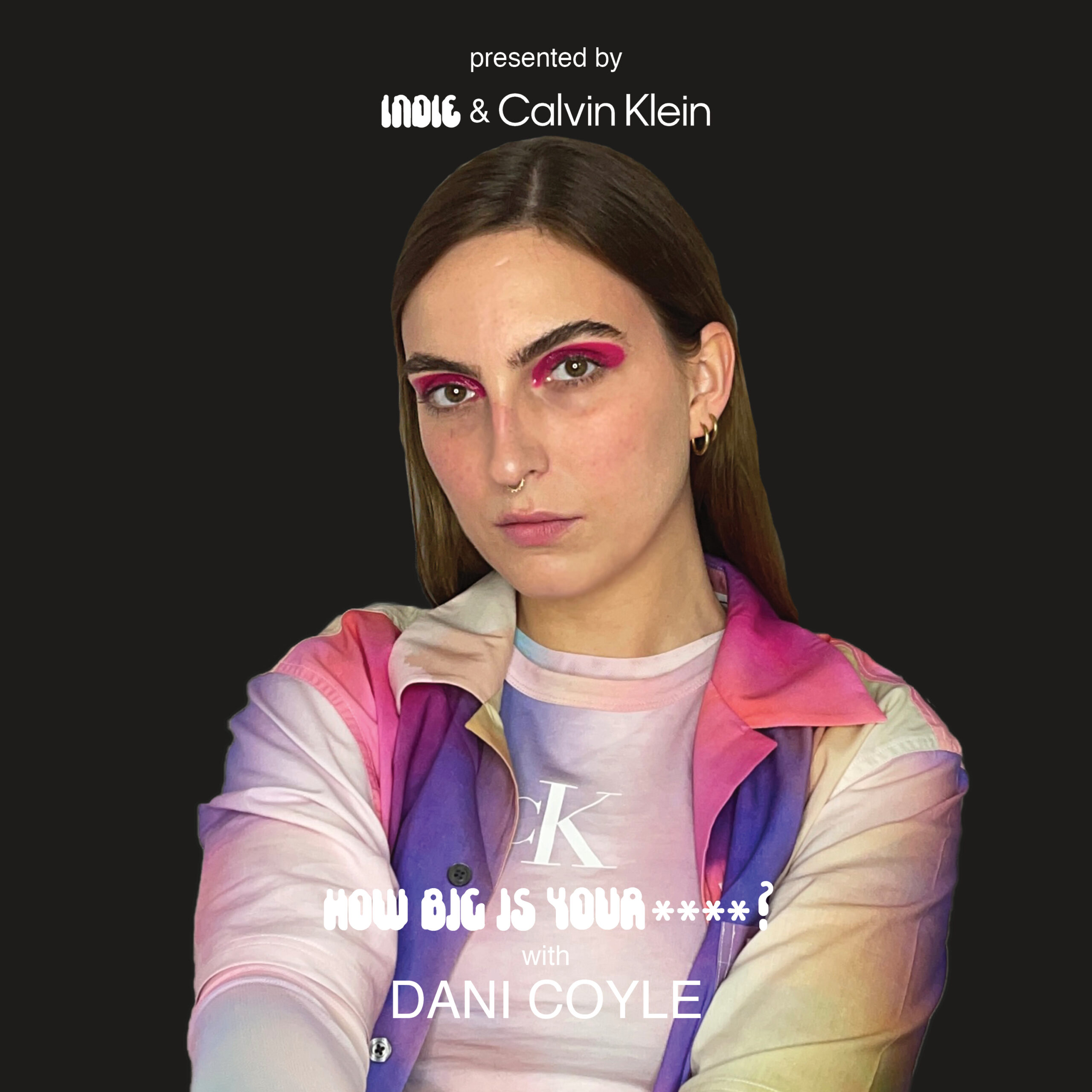 How Big Is Your ****?  is the 4-part podcast series where size doesn’t matter, perspective does. Brought to you as part of Calvin Klein’s ongoing #proudinmycalvins campaign, INDIE is exploring the concept of pride and how it manifests all year round—not just in Pride Month.

Dani Coyle, better known to her followers as @inter_sexy has been part of the INDIE family ever since she interned here. In the four years since then, she’s gone on to become a key figure in the international intersex awareness movement with her visual and visibility activism.

The last time we spoke to Coyle, she was researching Masters degrees. She said, “I wanna be like Elle Woods in Legally Blonde. “Hey, I’m intersex, I’ve got a bleach blonde bob and I’m at Cambridge, motherfucker!” Now, she’s manifested it—though the blonde bob is no more, Coyle got accepted at both Oxford and Cambridge, and has just started her Masters in Gender Studies at Oxford.

Oxford means Coyle is back on home soil. She grew up in Swindon in the UK, and until the age of 14, had no terminology to describe the “difference” she felt. “Before I found out my intersex variation, I just felt completely like an odd one out. It was really alienating,” she remembers. “As far as I was concerned, I was the only person in the world [like me]. It was very isolating.”

Coyle came out in Berlin, and attributes the people she met in the city as instrumental in building self-confidence and exploring her identity. “You can only become what you see. For me, community was everything.”

Today—on Intersex Awareness Day—Dani joins Izzy von Jones on How Big Is Your **** to discuss Instagram, activism, and becoming intersexy.

Stream the episode in full below, or find it on Spotify, Apple Podcasts or Google Podcasts.

Paid partnership with Calvin Klein. #proudinmycalvins. Disclaimer: The views and opinions expressed during the series are those of the individuals featured, and do not necessarily reflect those of Calvin Klein.