For those who’ve never had the pleasure of falling down it, few rabbit holes go deeper than the madcap universe of Gorillaz. You’ve heard of fan fiction, but this is band fiction—and theirs’ is a recondite realm of frankly preposterous narratives that are so dark and downright bizarre that it’s near-on impossible to avert your eyes.

In the two decades since Gorillaz’s explosive debut, its members Murdoc Niccals, 2D, Noodle and Russel Hobbs have been kidnapped, incarcerated, possessed, and physically Fedexed—and despite the unrelenting onslaught of trauma they’ve faced, the years have barely aged them. Step aside, Pharrell Williams, because these are the real ageless icons of the music industry.

Sure, they might technically be cartoons—and pretty haggard ones from the get-go—but it’s best not to get bogged down with technicalities when it comes to the world’s first virtual band. Founded by composer songwriter Damon Albarn and visual artist Jamie Hewlett, Gorillaz are pioneers of both the sonic and conceptual kind. Over the course of twenty years and seven studio albums, they’ve not only crafted a dystopian sound that’s both distinctive yet undefinable, but fabricated an elaborate fiction that philosophises a band’s very ‘existence’, redefining expectations of art, performance and presence. For a band who went remote long before #WFH and did fake news before it was Fake News, Gorillaz never overlooked the power of misinformation. And when it comes to their world, it’s information overload.

The story begins with a green-skinned Satanist from Stoke-on-Trent—Murdoc Niccals—selling his soul for musical fame. En route to make a deal with the devil, Murdoc runs over loveable halfwit Stu-Pot (aka 2D), and leaves him hollow-eyed. Instead of prison, he’s sentenced to care for his victim in a twisted kind of community service that ends up—upon discovery of his angelic voice—with 2D being roped into Murdoc’s narcissistic quest for success, as the frontman of his band. Murdoc then kidnaps drummer Russel Hobbs (who’s been possessed by the spirit of a friend he lost in a drive-by shooting) and enlists eight-year-old Osaka-born Noodle as a guitarist, and so, Gorillaz come into consciousness. If it sounds far out, fasten your seatbelt, because the rest is an even bumpier ride.

But for a band fronted by belligerent imbeciles, Gorillaz intelligence is—ironically—irrefutable. Their albums are informed by astute political commentary, ‘inspired’ (for want of a better word) by the Iraq war (Demon Days) a Trumpian dystopia (Humanz) and environmental apocalypse (Plastic Beach), and their innovative live shows have pushed the boundaries of stage presence. Last year, they launched their episodic ongoing project Song Machine, which has seen the four OG members collaborate and star alongside the likes of Skepta and Elton John.

And now, the band’s latest venture is a fashion collab with British brand Fred Perry, in yet another futuristic ‘F*** You’ to physical limitations. To celebrate, we caught up with the miserable Mr Murdoc and soft-hearted simpleton 2D to yak about yaks, style, and Deliveroo debt. 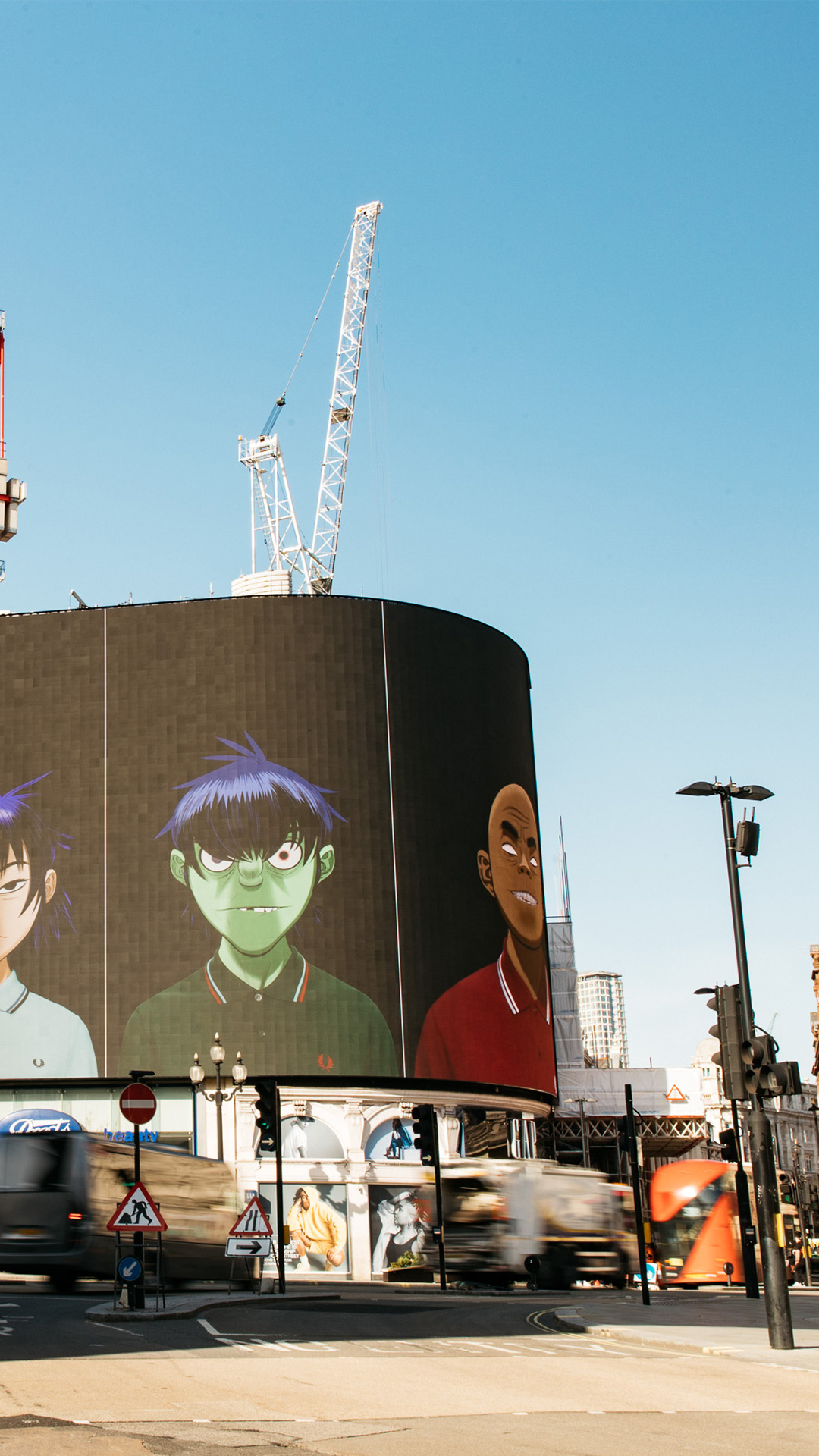 Seeing as we’re still in the throes of a pandemic, we should probably start with the obvious: How’s your health?

2D: Yeah I’m OK cheers for asking. Russ and Noodle are good too, but it’s hard to tell with Murdoc as he always looks green and not well. It’s the same with kiwis, how do you know if they’ve gone mouldy if they are green in the first place? The only way to know is by eating them, like yesterday when I ate this kiwi which turned out to be a really old lemon.

2021 marks the 20 year anniversary of Gorillaz. How did you celebrate? What’s your idea of a good party?

Murdoc: Please don’t use the ‘p’ word. Gets me all choked up, harking back to the good old days when a knees-up meant packing a thousand A-listers into a glitzy venue, then waking up two weeks later on a different continent with some new tattoos, a mysterious surgical scar, and multiple arrest warrants in my name. That not being an option, we stayed in and played Minecraft.

We’re here because you’re collaborating with Fred Perry. What excites you about fashion and who’s the most stylish member of the group?

2D: Fashion has been keeping humans warm since our ancestors in caves all them hundreds of years ago who used to wear little shorts made of hair. Noodle and Russel are the most stylish, then Mike the Monkey, then Ace, then probably my pet worm, Alvin. 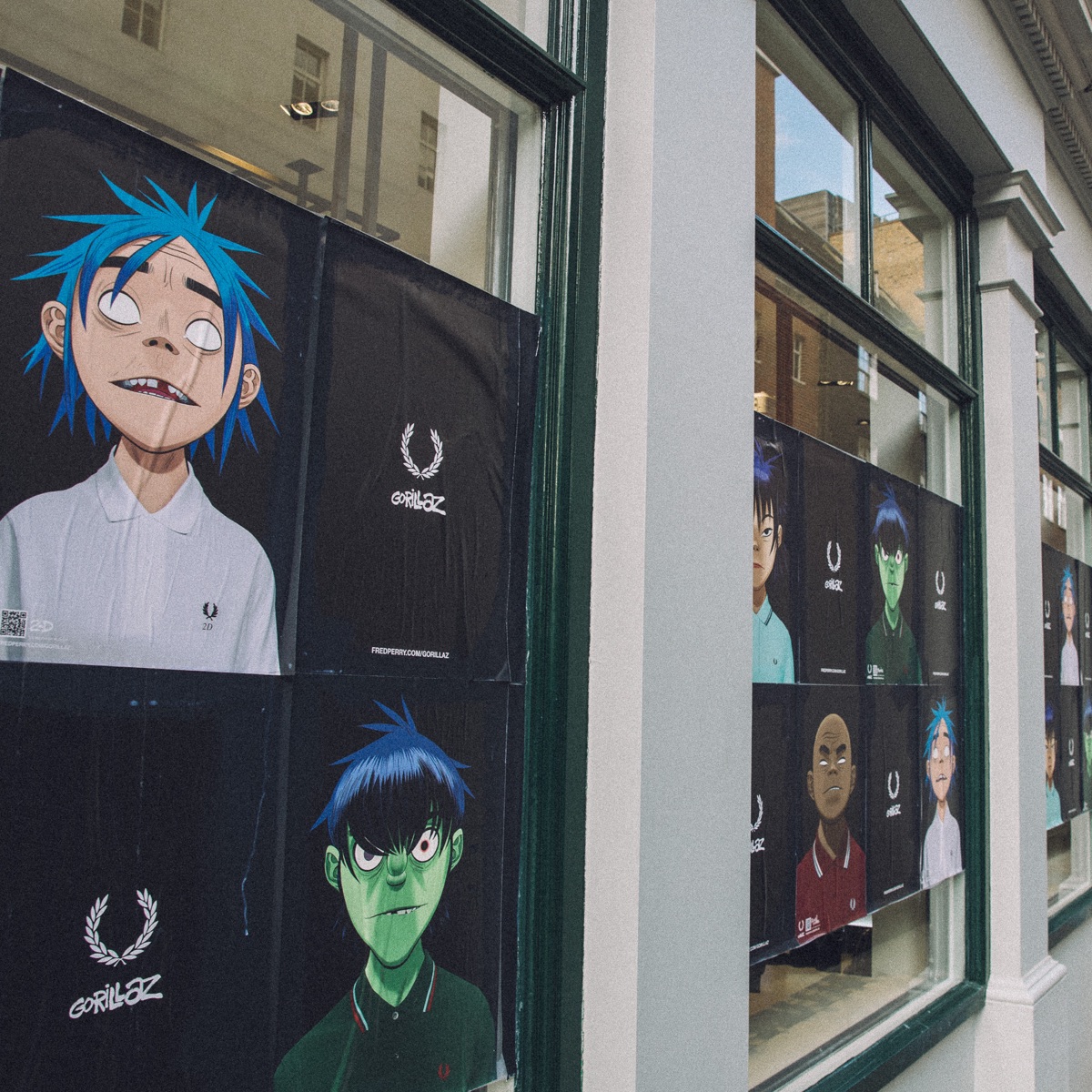 You’ve always been prophetic—looking back at Gorillaz 20 years on, what was the most prescient lyric or moment on the album?

Murdoc: I knew you were going to ask that question. That’s how prophetic I am. I mean, look no further than ‘Tomorrow Comes Today’. In our first chuffing single we were whacking out warnings like ’The digital won’t let me go’. Gorillaz has been calling it, right from the start.

In the kindest way possible, you’re getting on a bit, but barely ageing. What’s your secret? When are you dropping the skincare routines?

2D: Russ made this moisturiser which I found to be a bit burny when rubbed into my face and thighs, but it tastes well nice in a burrito. A good way to stay young is to do things slowly, like walking and thinking, that way time goes slower and you stay younger for longer.

2D learnt a bit of french for his collab with Fatoumata Diawara last year, have the rest of you picked up any new skills in lockdown?

Murdoc: Banged out a few more chapters of my memoirs, Murdoc Most Foul. Really harrowing stuff. What else… Oh yeah, 2D and I are attempting to play the world’s longest running game of noughts and crosses. Currently it’s his move. He’s been mulling it over since September. Can’t wait to see what the lad’s got up his sleeve. 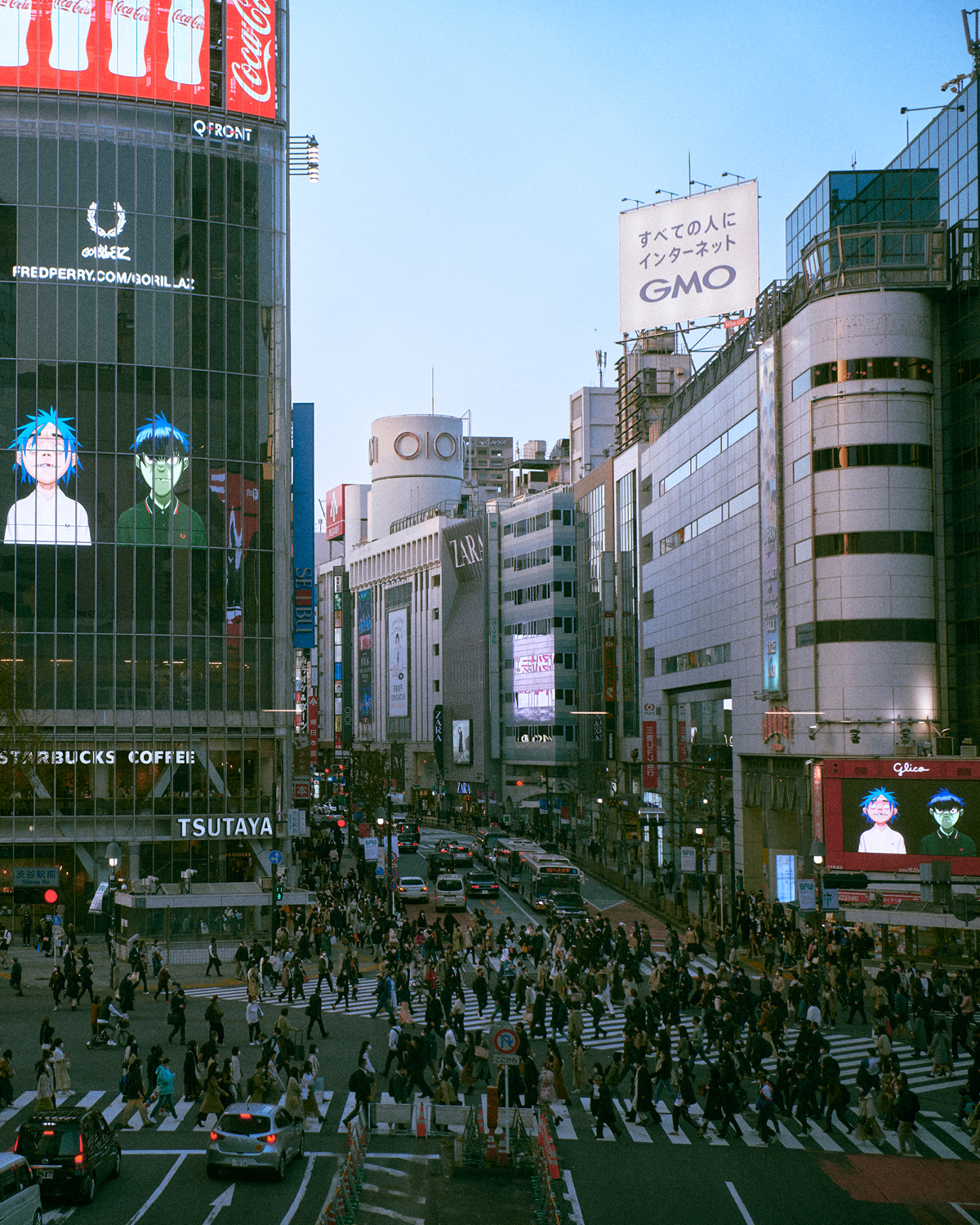 2020 was a wake up call in many ways for many people—Murdoc, do you relate? Any revelations? Any personal growth?

Murdoc: Bollocks to personal growth, just surviving 2020 was a win. A year that will go down in infamy. Any revelations? Sure. Being in a band and not being allowed to play in front of fans is a dreadful state of affairs. Never thought I’d say this, but we need each other.

Just between us, who’s the biggest diva you’ve ever collabed with?

Murdoc: Just so we’re clear, diva is not a dirty word, it’s a badge of honour. I’ve worked with some of the greatest divas of modern times. I’ll even hold my own hands up.

What do you have planned for the Song Machine tour—is it happening?

2D: I hope so, because not doing shows is quite boring. It was OK at first, like when you bunk off school to go and sit in your mate Dave’s caravan. But after a bit you realise there’s nothing to do and it smells weird.

Now that the American idiot is out of the way, who is most grinding your gears? Thoughts on Boris Johnson?

Murdoc: My yak? She’s all good mate. In her usual spot mounted on the wall, staring stoically at the snooker table. I combed her whiskers just the other week. Tbh I was devastated last year when Madge passed, but actually after a while I started to appreciate all the extra time and money I’d gained from not having to care for a half-ton of wild cow in West London. Lovely sweet disposition, but eff me, she could eat. Nearly bankrupted myself on Deliveroo.

In collaboration with Fred Perry. To shop the collection via the band’s virtual HQ on Thursday 20th May, you must register your interest. Sign up now.