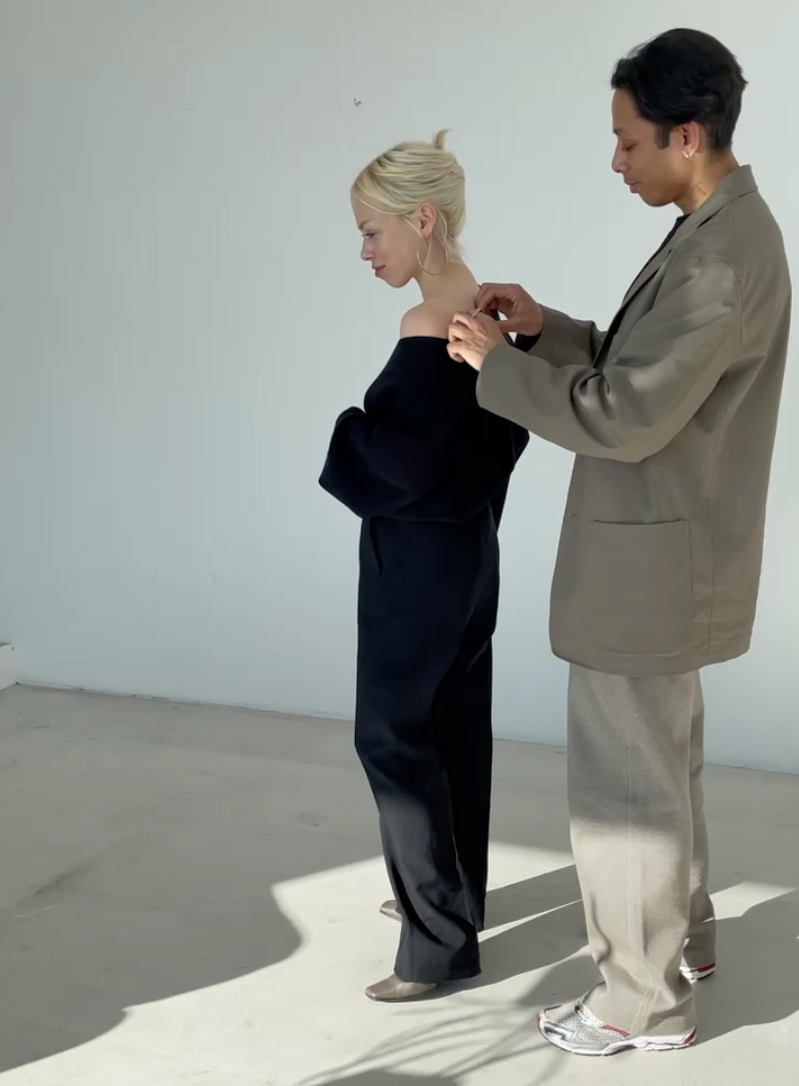 Over the course of the last year, even the most max of maximalists have seen life reduced to its bare necessities. Lockdown luxuries now come in the form of the small daily indulgences we afford ourselves, space has become a privilege, and as the circuits and systems that surround it break down, fashion too, is changing course. “It’s about creating essential pieces that last,” says Christophe Lemaire of his latest collection at the helm of Uniqlo U.” And about understanding the evolution of what might happen now and in the near future.”

But for every person struggling to adapt to Lemaire’s way of consciousness, there are others for whom change—and minimalism—are part and parcel of creative life. Over the last four years, Rotterdam-based couple Ivania Carpio and Romeo Pokomasse have rehoused their design studio AETELIER in “six or seven” different locations, the precise number evades even them.

Such frequent change is made possible, or dictated by (depending on how you frame it) the Netherlands’ antikraak or anti-squatting scheme, which allows people to rent ex-commercial and non-residential properties  cheaply, in exchange for their guardianship before they are sold or torn down. AETELIER’s previous homes include a palatial former post office built in the 1920s and a ballooning dome structure that was built as a preschool gym after Rotterdam was bombed in WWII. “You could really feel so much love and optimism in this little space that was built for a future generation,” Carpio reminisces. And in the same way, the memories of ateliers past have become part of the city’s history. The duo’s last studio—a 1980s glass pavilion overlooking the harbour and designed by Dutch architect Wim Quist—was demolished after their occupancy ended. “I don’t even like to walk past it anymore,” Carpio admits, “I get emotional when I see the empty space where it used to stand.”

While Carpio and Pokomasse are both fervent believers in a “less-but-better”mentality (Carpio made her blog-turned-Instagram @love_aesthetics long before AETELIER) over the years they’ve also become well versed in the art of reducing by necessity.” You learn to do an edit every time you move,” says Carpio. “You become very flexible I think.” Uprooting is still an arduous task (“the process is never fun,” she admits), but with it comes the opportunity for regeneration and growth—something neither one of the studio’s founders take for granted. “It’s always inspiring,” says Pokomasse. “Empty spaces open up so many new possibilities.”

The building in which AETELIER currently resides is a former coffee peeling factory, located in the north of the city, on a man-made island in the centre of the old harbour. It’s become somewhat of a salvation for the creative couple and their daughter Lois during the pandemic. “Lockdown has made me even more obsessed with how our surroundings affect us,” Carpio admits. “We are completely domesticated creatures and every single thing—every single object, even our food, has been designed by another human. I’m fascinated with the way all these things in our environment influence us on a subliminal level.”

Exercising a thoughtful, considered approach to consumption, Carpio and Pokomasse live minimalism as an ideology, rather than choosing it as a style choice. “I aspire to create a space that provides calm, curiosity and a sense of possibility—a place where you feel invited to be creative. It’s more of a feeling than an aesthetic.“ And the same goes for their clothing too—both are affiliated with the fashion world, but advocate for a more sustainable approach—with quality over quantity, and a tendency for innovative upcycling. “Personal environments reflect who you are, and in a sense clothes and fashion also work like that,” Carpio affirms. “They are both deeply personal objects that really inform how we live our daily lives. We shape our spaces, our spaces shape us, that is always the conclusion.”

The Uniqlo U SS21 by Christophe Lemaire is available now.