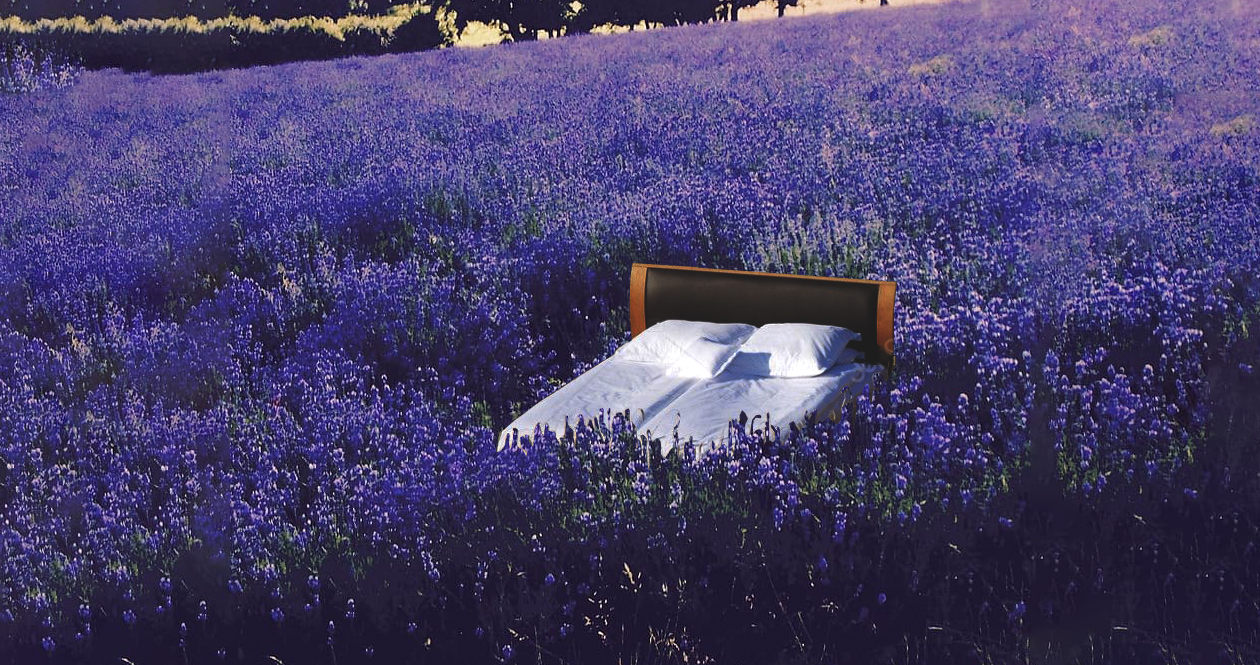 It’s a scientific fact, proven time and time again, that the circumstances of a life in quarantine come with unpleasant, even precarious byproducts. The sudden, urgent and somewhat forceful withdrawal from a life beyond the walls of so-and-so-many square-feet poses a genuine threat to our well-being, both mental and physical—so much so that institutes around the globe sadly predict or already see an increase in anxiety, violence, self-harm and even suicide*.

So, not for nothing does COVID-19 have us talking and reading about, or even finding ourselves personally confronted with irritabilities like ‘cabin fever’ and ‘stir-craze’, or full-on illnesses like depression, regardless of our medical records.

To many, it already proves a hustle to first pursue, and then fully incorporate therapy into everyday life—because despite this generation’s efforts to crack and shatter the sheer stigma surrounding mental health, assuming issues and taking care of one’s beneath-surface-self is a task tied to a multitude of challenges. These differ, from in- or externalised apprehensions and insecurities towards the procedures and their aftermath, to variables along the lines of availability, affordability and time—or a lack thereof—needed to actually get the ball rolling.

“The pandemic most certainly heightened the awareness for the topic, with people suddenly confronted by symptoms they’d never experienced, only known to those with previous issues”, says Nele Groeger of SHITSHOW, a Berlin-based consulting agency for everything related to mental health. But the number of therapists compared to people seeking them out is astounding. 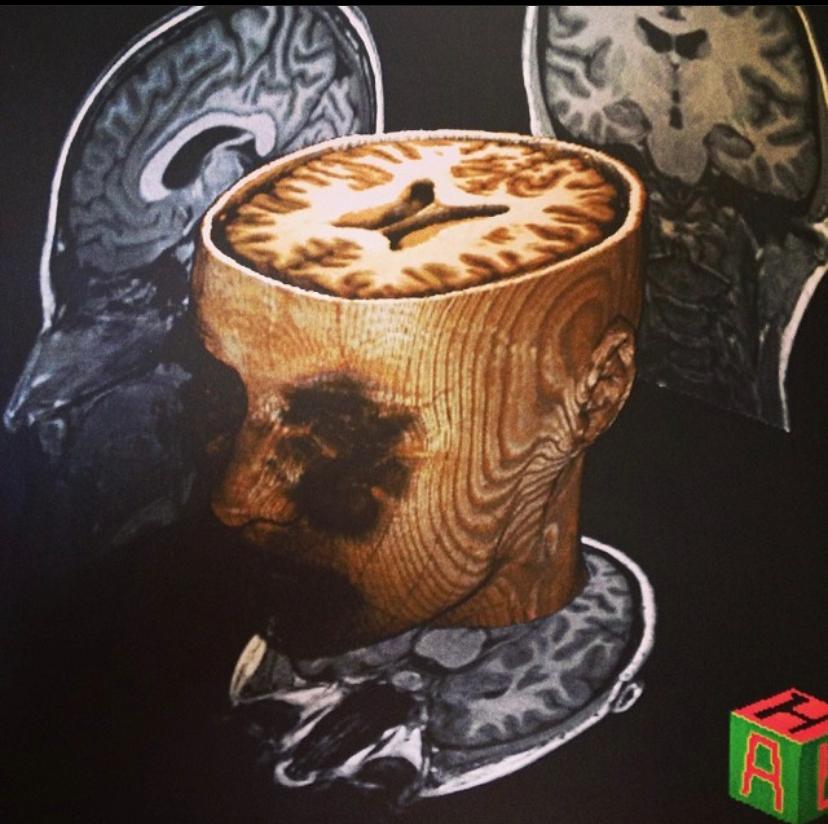 A 2018 investigation found that in Germany, for example, there were 27,000 registered therapists, but 4 million people suffering from depression. It doesn’t require a calculator to recognise the harsh deficit in place, accounting waiting times of up to 15 weeks for an appointment, and the increasingly high suicide rate—(three times higher than that of deaths by traffic accidents)—leaving aside the issue of whether a patient is covered by insurance, or has to pay out-of-pocket.

While Groeger stresses that it is normal, “healthy, even”, to have mood swings, or feel imbalanced— particularly in times like these—she outlines the importance of seeking professional help if coping mechanisms, like relaxation, exercise and friends, don’t help. But additional obstacles, like language barriers for example, only make things more difficult, with many struggling to find adequate services within an already overcrowded system. Local or regional therapist associations can be helpful forums to start churning wheels, as well as “any form of short-term counselling. These are often less difficult to access and can serve as a good first step towards stabilisation”.

Feelings of discombobulation or instability are, of course, not exclusive to those still or newly in search of proper assistance, but have also elbowed their way into the lives of those who’ve already found it pre-pandemic. How we exist over the course of self-confinement has drastically changed for many of us. And just like against the virus itself, no one is granted immunity against the financial, (inter-)personal dishevelment this crisis so rigorously brought forth.

“Obviously people with a predisposition are at great risk, but also people who are tasked with juggling a family and work life—homeschooling, care-taking of relatives—simultaneously, or those who are now forced to work under even more pressure, doctors, nurses, certain retailers, mail carriers”, Groeger claims.

Lockdown and self-confinement come in many shapes and forms, just as the households we’ve been summoned to retreat to for time being. Some of us live in the city, some of us live out in the country. Some of us live with a partner, some of us live with their parents or friends or mere acquaintances, and then there are those of us who live entirely by themselves. Each of these constellations comes with its very own set of advantages and disadvantages, even without adding pandemic-invoked restrictions to the equation. And while some of these restrictions have provoked welcome shifts to the relationships with ourselves and our fellows, others have, in turn, raveled many a life’s design for the worse.

“Many psychosocial illnesses are accompanied by feelings of not being ‘deserving’ of help,” Groeger explains, “or contemplations of surrendering to the impossibility of ever getting better. But everyone is deserving of help and has the potential to get better, no matter how doubtful they may be of recovery.”

While it’s important to respect boundaries, avoid strains on your relationship with someone who may be suffering, checking in, with eyes and ears, is “important, to help the people around you find what they’re in need of”. “Express your concerns”, Groeger suggests, “consult with mutual friends or their family members” if you suspect or observe a loved one succumbing to their situation.

Now that the virus has temporarily handicapped our freedom as we know it, the concept of space—“spatially combining one’s private and professional life,” as Groeger puts it—becomes one of special interest, literally and metaphorically. Space from the ones we’re locked indoors with, space to roam outside the building we reside in, space to accommodate creative or spiritual needs, as well as the erasure of spatial distinction between home and work; or home and a therapist’s practice. The latter is particularly divisive, it seems.

Albeit a genuine offer to keep patients afloat (and to stick to insurance-administered protocol, to secure income, and so on), not every client can so effortlessly transition from face-to-face-sessions with their psychologist to video calls. Firstly, this alteration from in-flesh to digital could fall victim to technological impossibilities—as in weak internet connection or the absence of a capable device. Secondly, it may come with certain inconveniences, varying in severity, relating to the person’s living situation—as in disrupting the pursuit of needed routines, feeling unable to speak on delicate topics in the imminent presence of room-, housemates or family members, all of whom might unknowingly, actively or passively contribute to said person’s problems. Potentially dangerous dynamics elaborated on from within one’s own home, might mean more exposure to toxicity within the home sphere.

Luckily, there are instances far less drastic, in which this sudden embargo on privacy—the breakage of our rituals and the elimination of designated rooms can induce rather positive encounters with our inner enemies, too.

“Intimacy and vulnerability were never my strengths, but now I can’t avoid them,” explains Markus, a content creator based in Germany. “Everything I’ve learned in therapy these past two years has now been taken to test.” He and his boyfriend of half a year—both equally prone to bouts of anxiety—swiftly chose to move in together, instead of weathering through the storm in separate apartments. “Having a companion for when I suffer panic attacks is a blessing. I was very tempted to lose my mind when I’d see empty grocery store shelves, empty streets. But we ground each other”, he shares. “You are inviting one-another into the most personal of spaces, voluntarily or not, and have to deal with it”

Times like these go to show a kind of revelation—one that should have been obvious. Now that we’ve been stripped of luxuries we once considered mundane: Space has become a privilege. Or better, we’ve become aware of the fact that space—controlling it—is, always has been, and forever will be a privilege. It’s a notion only highlighted by complaints like those of crocodile-teary-eyed Ellen DeGeneres, who likened quarantine in a multi-million-dollar mansion to jail. “It’d be nice if we didn’t need another global health crisis to acknowledge and reevaluate this,” says Groeger, “to take mental health seriously in our culture, to consider the prevention of related problems as something worth investing in.”

It’s evident that all of us experience the age of COVID-19 differently. There are people in far better, and also people in far worse positions than we are. Fortunately, for those of us in possession of one, professional advice on how to achieve and sustain both physical and mental wellness can be accessed through a smartphone.

There are countless outlets to draw information and inspiration from for how to withstand the seemingly narrowing, all-enclosing walls of corona-captivity: An array of tips, tricks and apps—such as Stoic, Moodpath or Cove—that offer more guidance, whereas YouTube tutorials or improvised yoga showdowns via Skype can humour and assist through difficulties of social distancing and a lack of physical activity—all of which are expert-encouraged tactics to ride out this wave.

Naturally, not all of these are guaranteed long-lasting, substantial substitutes to the solace and support we’ve become used to, and even dependent on before all of this happened. Nor is this the fog horn to ring in some type of productivity contest, because neither the virus, nor the damage it has done is going to just up and vanish. But quarantine isn’t, or at least doesn’t have to be the hermetic bubble it initially presented itself as. We may be lonely, but we are not alone.

*If you or a loved one is suffering from suicidal thoughts, please seek immediate help!