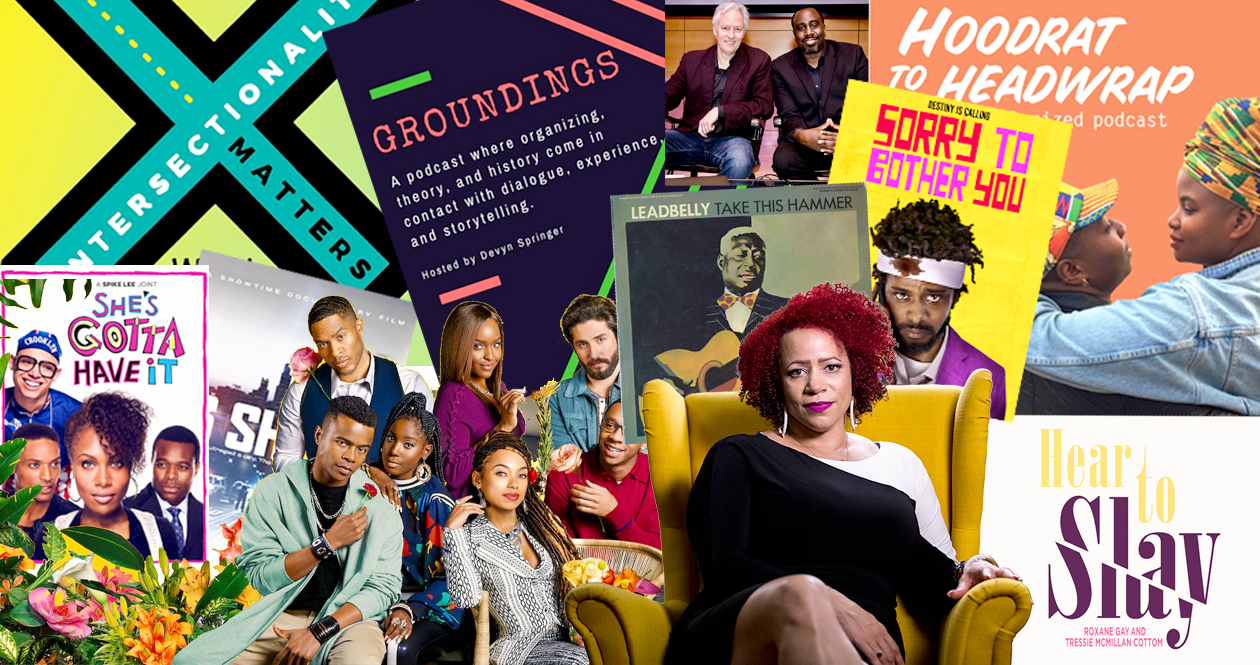 READ, WATCH, LISTEN: THE MOST ACCESSIBLE SOURCES TO AID YOUR UNLEARNING

Our pick of the best out-of-house articles, films and podcasts for learning and unlearning.

Peggy McIntosh’s 1989 short essay is pretty much the START HERE position in understanding allyship. In fact, the use of the term “privilege” in discussions surrounding race, class, gender, sexuality and disability first came to fruition in the early ’90s, thanks to this article.

Of Course There Are Protests. The State is Failing Black People.

“If there were ever questions about whether poor and working-class African-Americans were disposable, there can be none now,” writes New York Times contributor, Keeanga-Yamahtta Taylor. With piercing frankness, Taylor explains why an impassioned uprising was not only inevitable, but absolutely necessary.

Bryan Stevenson on the Frustration Behind the George Floyd Protests

In a Q+A, Equal Justice Initiative founder Bryan Stevenson zooms out, to offer perspective on the macro historical context of Floyd’s murder. “The great evil of American slavery wasn’t the involuntary servitude”, Stevenson says. “It was the fiction that black people aren’t as good as white people, and aren’t the equals of white people, and are less evolved, less human, less capable, less worthy, less deserving than white people.”

Minneapolis, the Coronavirus and Trump’s Failure to See a Crisis Coming

“What is the product of a crisis multiplied by a crisis?” New Yorker staff writer Jelani Cobb asks. The Pulitzer Prize winner explains how the Trump administration’s wilful negligence of any and every warning sign of the threat of Coronavirus, the economic crisis and police brutality, has produced a country on the brink of anarchy.

The Case for Reparations

This story by Ta-Nehisi Coates is one of the Atlantic’s most cited, discussed and circulated pieces in recent years, and for good reason. While a lengthier undertaking than your average article, it’s an essential read for anyone seeking to better understand why, after generations of discrimiantion, abuse and profiteering, it’s more than time for oppressors to pay their due.

Writer Jane Coaston embarks on a journey with professor and activist Kimberlé Williams Crenshaw to explore intersectionality: what the term originally meant, what it has become and why it is one of the most misunderstood—and despised—words in American conservatives circles.

The racism that killed George Floyd was born in Britain

Racism isn’t an American problem. Guardian journalist Afua Hirsch explores the issue of systemic racism within the UK, and the British public’s responsibility to address it.

Directed by Oscar-nominated Rick Rowley, this shocking documentary tells the story of Laquan McDonald, who was shot and killed by police at just 17 years old.

This moving documentary sees revolutionary writer and activist James Baldwin meeting members of the local African-American community in San Francisco in the early ’60s, as they navigate everyday and institutionalised racism.

A must-watch for anyone wanting to learn about the intricacies and injustices of the US judiciary system and a harrowing glimpse into the modern-day slavery that is happening within America’s prisons.

She’s Gotta Have It

A cult classic for good reason, Spike Lee’s 1968 comedy drama gives an honest insight of what it means to be an African American in the ’60s.

I’m Sorry to Bother You

Boots Riley’s directorial debut is this pertinent black comedy, focussed on capitalism and class in the United States.

Arthur Jafa’s 40-minute long video piece is a confronting and uncomfortable interrogation of whiteness that everyone should watch.

If you haven’t already watched it, this Netflix comedy is both bingeworthy and brilliant. Centred around a group of PoC students at a predominantly white Ivy League university, the show confronts activism, prejudice and culture in an undeniably accessible way.

This engaging series was released last year to commemorate the origin of “freedom loving” America’s most defining contraction: the day a ship carrying 30 African slaves arrived in Point Comfort, Virginia. Though an ambitious and detailed investigation into American slavery and its aftermath, the series is also guided by the  gripping personal narrative of its author, Nikole Hannah Jones. In an ideal world, 1619 would be a mandatory component of every high school agenda.

Seeing White fearlessly tackles some of the most confounding and defining topics of our time, like “What is going on with white people? Where did the notion of “whiteness” come from? What does it mean? What is whiteness for?” Host John Biewer dives deep into white culture and its origins, and the truth is often blinding.

Its own description says it all: “The black feminist podcast of your dreams hosted by Roxane Gay and Tressie McMillan Cottom”. Both writers are lauded for their somewhat rare ability to conquer the heaviest possible topics, while maintaining a levity and a brilliant sense of humour.

The beauty of Code Switch is its ensemble cast, a fascinating crew of BPOC journalists with radically different backgrounds. Their “fearless” and “head-on” discussions of race aim to make, in their words, “ALL OF US part of the conversation — because we’re all part of the story.”

This “decolonised podcast” is hosted by sexual educators Ericka Hart and Ebony Donnely, who invite you to accompany them on a quest to “dismantle white supremacy and kiki in the cosmos.” In addition to discussing systematic racism, they discuss black queer love ethics, pop culture, house plants and just about everything in between.

This podcast takes its name from a term coined by the Guyanese educator Walter Rodney, which describes a form of “radical, political and communal education”. Here, a mixture of theory and personal storytelling is used to unpack how race and identity politics inform current events, in episodes like “The Revolution Can’t Be Quarantined.”

This show is a perfect choice for anyone who enjoyed ‘The Intersectionality Wars’ article—or anyone interested in getting to the heart of why intersectionality is an essential to understand embrace to create lasting change. It’s hosted by the intersectional feminist Kimberlé Williams Crenshaw.