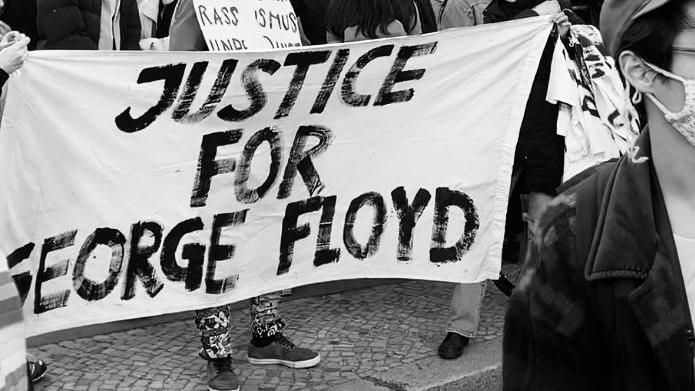 ACTIONS SPEAK LOUDER THAN SHARES! HOW TO BE A BETTER ALLY

You can help end police brutality and racial injustice by sharing what you have: be it money, time or care.

In the United States, a series of crises are converging of which Black Americans are suffering disproportionately.  Covid-19 has taken the lives of over 100,000 Americans and spawned an unemployment crisis that rivals the Great Depression. APM research lab reported that African Americans, who form 13% of the country’s population, have died of Coronavirus at triple the rate of white Americans, and now account for 25% of our nation’s death count. That’s a harrowing loss of 20,000 lives Black lives in a period of four months, and the battle is far from over. Economic inequality, which is compounded by racial inequality, has become more pronounced. Economist Erik Hurst revealed in a new study that 35% of the nation’s bottom fifth of income earners, who are more likely to be POC, have lost their jobs, compared with a 9% loss amongst the top fifth.

During one of the most challenging period’s in our modern history, our state has not only neglected to protect the demographic that has suffered the most, and rather enacted violence against it. In February, Ahmaud Arbery was shot while jogging through his neighbourhood in Brunswick, Georgia; the two citizens responsible for his murder, though known to the police, were not arrested until May. In March, Louisville police barged into Breonna Taylor’s home and shot her 8 times, in a “botched drug bust operation” — although no drugs were found. This week, Minneapolis police officers kneeled on the neck of George Floyd for several minutes, suffocating him while he shouted for help. And 48 hours after Floyd’s death, Tallahasse police shot and killed a transgender man, named Tony McDade. The list of young, unarmed, black people who have died at the hands or turned heads of police was already thousands of names too long. We now must say the names of Arbury, Taylor, Floyd and McDade, as we did Trayvon Martin, Michael Brown, Terrence Crutcher, Alton Sterling and Eric Garner.

These egregious injustices have ignited demonstrations across and in the US and in major cities across the world, including Berlin. But the virus has posed additional barriers to participation; many of those called to action have been unable to protest due to threats posed by COVID exposure. That shouldn’t excuse silence or complacency, and right now, social media based “slacktivism” is not sufficient. Actions speak louder than likes or shares, and each of us must hold ourselves accountable for helping end police brutality and dismantling the global system of white supremacy. It may feel like our ability to create change is dependent on our resources, but while that may shape the ways in which we enact change, it shouldn’t affect your ability to do your part.

Right now, American protestors are sitting in jail cells because they cannot afford to pay the price of their freedom—and that price is called bail. While most donations have been directed toward Minneapolis, protests and arrests are happening across the US, it’s important to support the wider effort. If you want to contribute bail money to localised efforts, you can donate to a city or LGBTQ specific freedom fund (queer people are three times more likely to be jailed).

CUAPB supports people suffering from the day to day abuses of police brutality, in addition to the more extreme cases. They have a 24 hour crisis hotline and provide assistance to survivors: legally, medically and psychologically.

This network of organisers and health care providers offer medical support to protestors in need. With the health care system already bombarded with the demands of Coronavirus, it’s safe to assume those at demonstrations will not receive the attention and support they need—making the presence of NHC’s street medics all the more essential.

This black, queer and trans led organisation is helping lead protests and defund the Minnesota police. They have received less press, attention and donations than other local initiatives, like the Minnesota Freedom Fund, whose donations already total $20 million.

If you want to donate to causes that will battle racial inequity in the legal system and mass incarceration more broadly, consider EJI. The non-profit was founded by author and public interest lawyer Bryan Stevenson, and provides legal representation to people who have been illegally convicted, unfairly sentenced or abused in state jails and prisons.

HOW TO HELP FOR FREE

Information and exposure are pillars of empathy. While it’s easy to feel overwhelmed by the news cycle, the first step in helping end police brutality and white supremacy is making an effort to understand it. Stay up to date with current events and support black journalism. You can start by reading these pieces by Ibram X. Kendi, Roxane Gay, and the gal-dem team.

One of the gravest mistakes of our era is defining racism by overt, extremist acts and failing to recognise the many ways in which it shapes our daily lives and circumstances. Books like Me and White Supremacy, White Fragility and How to be an Anti-Racist will help you question how you have personally benefitted from systems of oppression and how your silence, inaction or denial of your privilege perpetuates a harmful system.

At the very least, try to be a better family member, friend,  lover, coworker, neighbour, acquaintance or stranger to the BPoC in your life. Reach out and show your emotional support and willingness to listen. Instead of assuming you know how best to help them, ask what kind of care is most meaningful right now. Do your part to amplify the voices of BPoC, but think twice before circulating images of videos that depict violence against black people on your feeds. Finally, stop excusing overt or casual racism in your circles. Confront it when you see it, especially when it’s uncomfortable or inconvenient to do so. And as we continue to navigate this crisis, try to remember the words of Roxane Gay: “The rest of the world yearns to get back to normal. For black people, normal is the very thing from which we yearn to be free.”