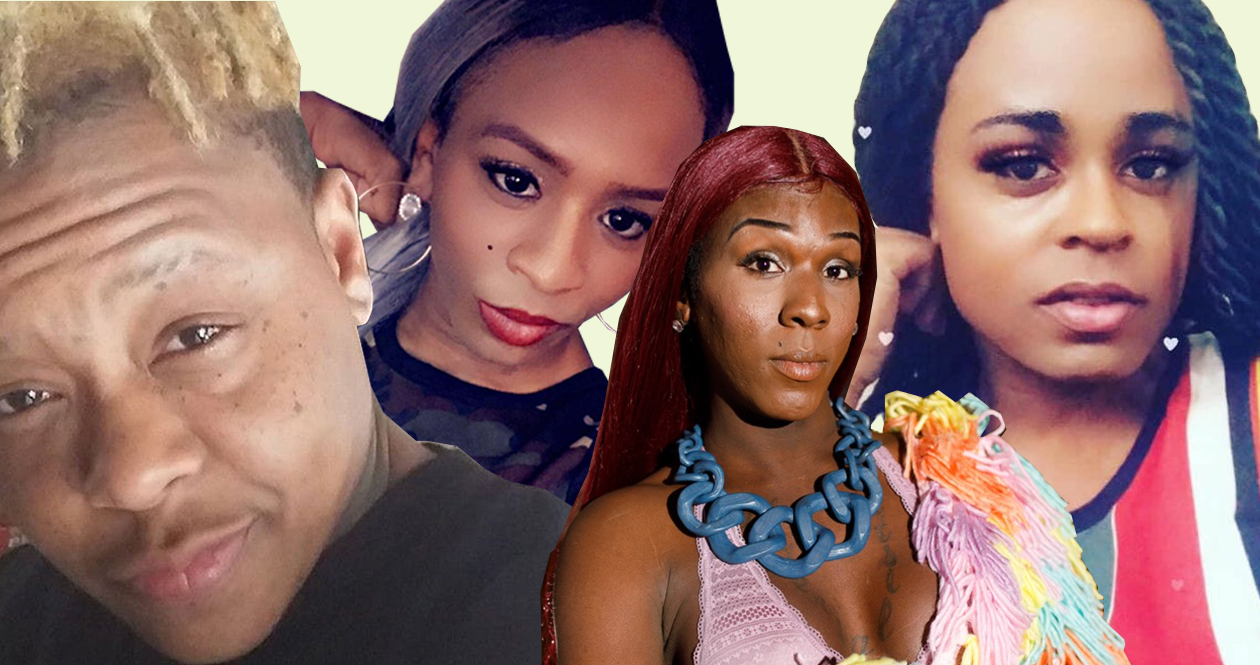 WHY BLACK TRANS LIVES MATTER AND WHERE TO DONATE

Nina Pop was 28 when she was killed in her apartment in Sikeston, Missouri, on 3rd May. Tony McDade was 38 when he was shot and killed by a police officer in Tallahassee, Florida on 27th May. Dominique “Rem’mie” Fells was 27 when her body was found in Philadelphia’s Schuylkill River on 8th June. Riah Milton was 25 when she was lured to a park in Cincinnati, ambushed and shot on 9th June. On 12th June—in the middle of Pride month, and on the anniversary of the Pulse nightclub shooting—Donald Trump passed a bill to remove healthcare protections for transgender people.

At least 17 trans people have died by violence this year in the US alone. 11 were trans women of colour.

In case the world needed one, 2020 has been a brutal reminder of the disproportionate injustices and violences transgender people, and particularly Black trans people, face on a daily basis, in the US and elsewhere.

According to the same research by NCTE, 57% of trans people are afraid to go to the police when they need help. Of those who interacted with law enforcement, 58% reported experiences of harassment, abuse or other mistreatment. Over 60% reported being physically assaulted. 64% report being sexually assaulted.

Community and activist group countering racism, transphobia and homophobia in the Netherlands.

Black Trans Femmes in the Arts

Connecting the community of black trans women and non-binary femmes in the arts.

Non-profit for Black liberation intersecting with the transgender and LGBT community.

The first Black-led, trans-led LGBTQ Center on the South Side of Chicago, dedicated to creating and providing affirming, culturally competent resources.

Based in New Orleans and working to end the criminalisation of LGBTQ youth.

Mutual aid getting LGBTQ+ and medically vulnerable individuals out of Rikers Island and ICE detention.

(Gays and Lesbians Living in a Transgender Society). Promotes visibility of the LGBTQIA community, encouraging the expansion and public awareness of queer fluid expression.

A permanent home in Arkansas where Transgender people can come, feel safe, and be part of a growing network.

A charity working to end violence against women- and trans people of colour.

Posts bond to secure the release and safety of LGBTQ people in jail and immigration detention.

Protects and defends the human rights of Black transgender people.

A collective that seeks to address the global crisis faced by Black Trans people by providing home cooked, healthy, and culturally specific meals and resources.

Creating safe spaces for trans and gender non-conforming people of colour and comrades.

Largest national (US) trans-led organisation advocating self-determination for all people.

GoFundMe to provide short term support to QTIBIPOC currently living in the UK who are affected by the outbreak and ongoing shutdown caused by Covid-19.