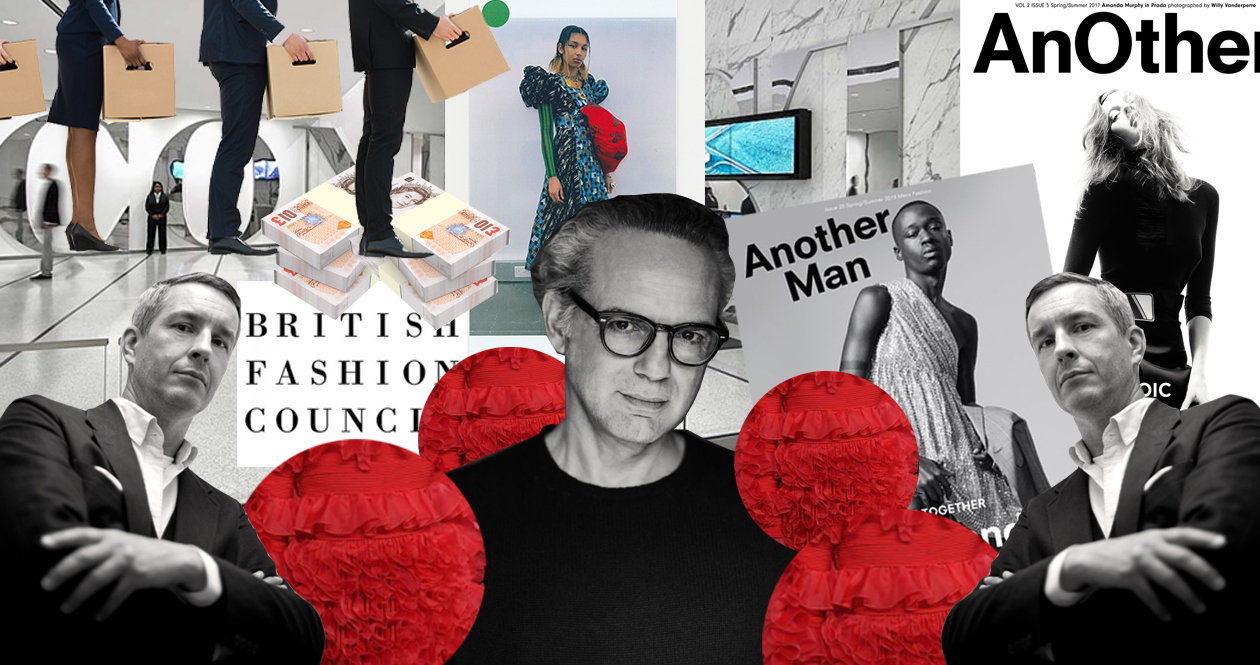 We’re halfway through May and suddenly we can’t tell how time is flying by so fast—especially as we’re not sure how we’ve been keeping busy. From the newsroom, we heard Boris Johnson give yet another uninspiring talk last Sunday, leaving most of the UK baffled. Clubs reopened their doors in Taipei despite warning of a sharp second wave plaguing Asia. Meanwhile the fashion industry continued to be intensely impacted by the pandemic—here’s a roundup of everything you missed this week in fashion, courtesy of INDIE.

On Monday, Dazed Media announced that AnOther Magazine and AnOther Man—two publications owned by the group—would join forces to create a biannual print with gender neutral identities as their focal point in the realm of fashion and culture. “The magazine will focus on a future that is empathetic, sensitive and human in these shifting times,” the magazine wrote in its press release, citing a new approach to editorialising fashion exploring how culture and creativity can influence change. Though what’s not mentioned is, inevitably, a loss of jobs and downsizing of the team, the non-binary move is a welcome one. Restructuring seems to be in the air, with COVID-19 slowing down the fashion world and giving everyone a chance to reflect on their work—and we’re excited to see what this change will bring.

A post shared by British Fashion Council (@britishfashioncouncil) on May 13, 2020 at 1:04am PDT

The British Fashion Council is set to raise £50 million for British designers through the support of other businesses and individuals and calls upon the British government to match each pound raised. The current economic climate thanks to the onset of COVID-19 has resulted in many fashion high street staples, including Oasis and Warehouse, preparing to shut down permanently. The BFC quickly realised that the initial £1 million pounds they had put aside through forgoing the BFC/ Vogue Fashion Fund Award would not even come close to helping the numerous brands who are fighting to survive at this time. The plan is to raise £50 million pounds and to offer companies £50,000 every time the £500,000 mark is hit. Here’s hoping that this financial crutch will help the British fashion world get through these troubling times.

Valentino got a new CEO

This week, Valentino announced the recruitment of ex-Gucci executive Jacopo Venturini as its new Chief Executive Officer. He returns to Valentino for the third time, having served the house in the early 2000’s under Valentino Garavani himself, and then later between 2008 until 2015. Succeeding Stefano Sassi, who led the brand through multiple changes in leadership, will no doubt be an interesting task for Venturini, who has proven success in his work through his time as global vice president of merchandising for Gucci. Valentino has recently struggled to translate their runway/ couture looks into sales, and the Italian house (owned by Qatari group, Mayhoola) is hoping this new appointment can help present palpable commercial results.

On Tuesday afternoon, a group of designers and retailers led by Dries Van Noten released an open letter to the fashion industry calling for a fundamental reassessment of its operations https://t.co/R6juivx4x5

As COVID-19 slows down our world, reflecting is inevitable—and the fashion industry seems to be using this time wisely. But we know simply talking the talk is no longer enough which is why Dries Van Noten led the (virtual) march for change by writing an open letter calling for a change in the current fashion business model. With support from fashion big names (including Gabriela Hearst, Joseph Altuzarra, Tory Burch and Craig Green) the letter called for reverting to original timelines for runway shows (Autumn/Winter in August/January and Spring/Summer in February/July) along with moving sales dates to the end of the season (January for A/W and July for S/S). The intention behind these changes (along with less use of fabric and inventory) is to recreate a demand in line with consumer needs by focusing on environmental and social sustainability.

Condé Nast made even more cuts

The latest developments are that Condé Nast will cut about 100 jobs over the next few weeks. https://t.co/dcZb6BcWPi pic.twitter.com/LyEMTx9uTh

A few weeks ago we learnt that Condé Nast would be implementing cost cutting measures including furloughs and laying off people in order to cope with the economic effects of COVID-19. As of yesterday, the company announced through a letter by CEO Robert Lynch, that they would have to lay off 100 people. “Our leaders and I have been working hard to turn over every stone before having to make job reductions that would impact our teams,” Lynch wrote in the letter. “We are at a place today where we need to take additional steps,” he concluded. The company hopes through these layoffs, they would be successful in restructuring that would prevent any more job cuts—here’s hoping.

THIS WEEK IN FASHION 3/4