As part of the newest edition of adidas’ XCHANGE series, we’re getting to know the next generation of Berlin’s art world prodigies.

Making it its mission to fuel the fire of those next in line, adidas dedicated its newest campaign to the slogan “change is a team sport,” celebrating 50 years of the brand’s iconic Super­star model. For this, adidas not only commissioned director Jonah Hill, but also lined up a cast of trailblazing female visual artists—photographers, painters, illustrators, and sculptors—as part of its XCHANGE initiative: An ongoing pursuit to support women in the creative industries.

To help further nurture their ingenuity, offer professional guidance, and tackle the patriarchal nepotism the art world is so notorious for, the sports­ and activewear giant provided a total of eight Berlin ­based talents with an impressive cast of local powerhouses to mentor and assist the artists in­volved: Karen Boros of the Boros Col­lection, Art Berlin director Maike Cruse, and gallerist Marie Mayer. In addition to this, adidas is determined to provide the promising young talents with as much support and opportu­nities for exposure as our current times allow. Back in February, we sat down with four of them to talk personal expression and creative process. 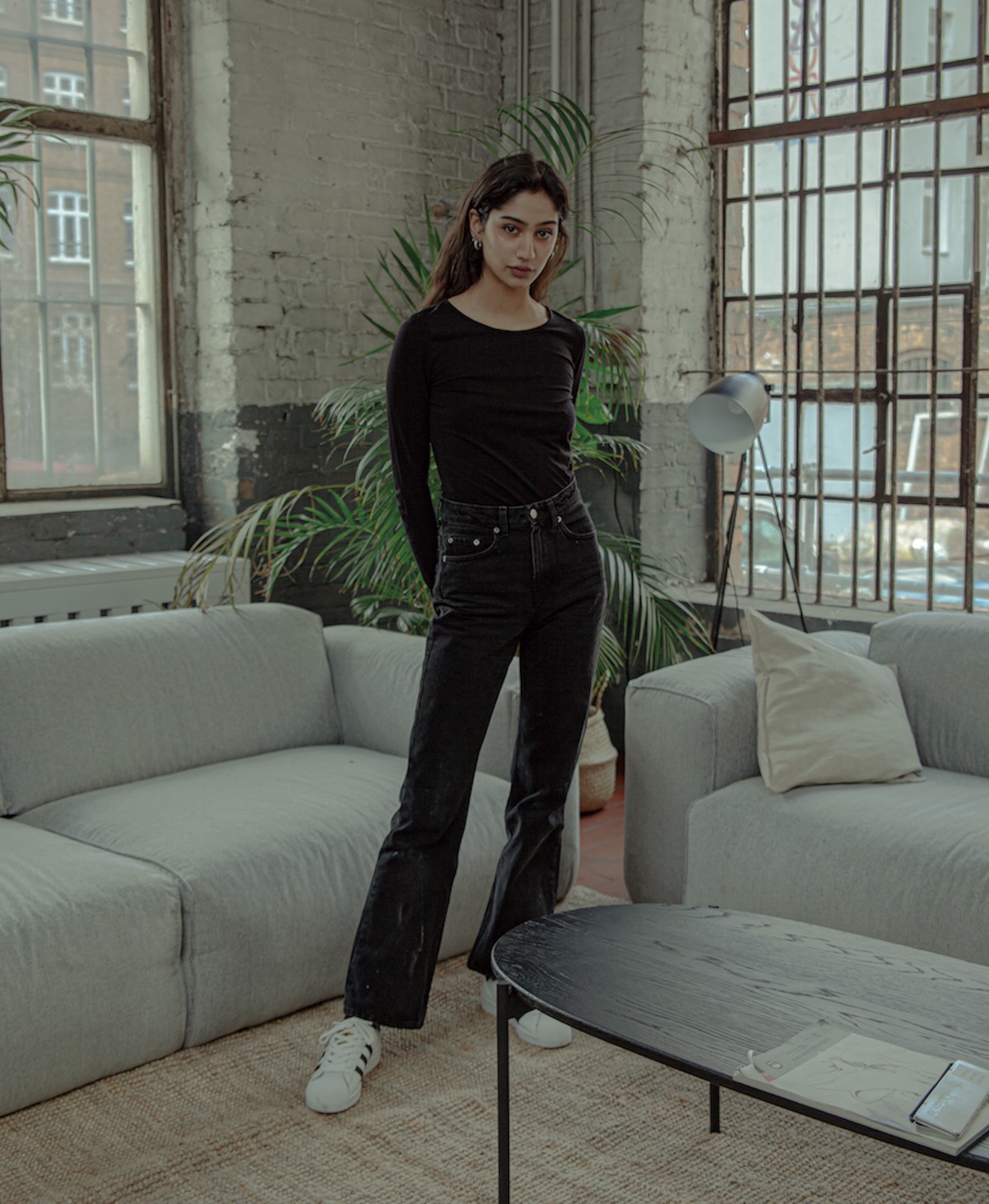 “In no other state do I feel so at peace with myself than when I paint,” Atusa Jafari says. The Darmstadt native only recently relocated to Berlin, a turn of events quite similar to her sudden attraction to the craft itself: “I used to doodle in school, but it wasn’t until I just abruptly decided to buy a canvas and some paint that I fell in love with it.” Still, everything the 20-year-old brings to paper comes from the heart. “I can escape and be myself with- out feeling lonely,” she confesses.

Jafari purposefully incorporates feminine elements into all of her figurines: “My paintings are rooted in my fascination with female strength and solidarity. Feminine characteristics are not exclusive to women; they’re found in every human.” That’s why her compositions often have no gender and blur the lines. And be it to herself or to others, her work is a form of communication. “Every stroke of the brush is a word, spoken through movement. The head and the heart speak different languages. To me, the canvas is where they meet.” 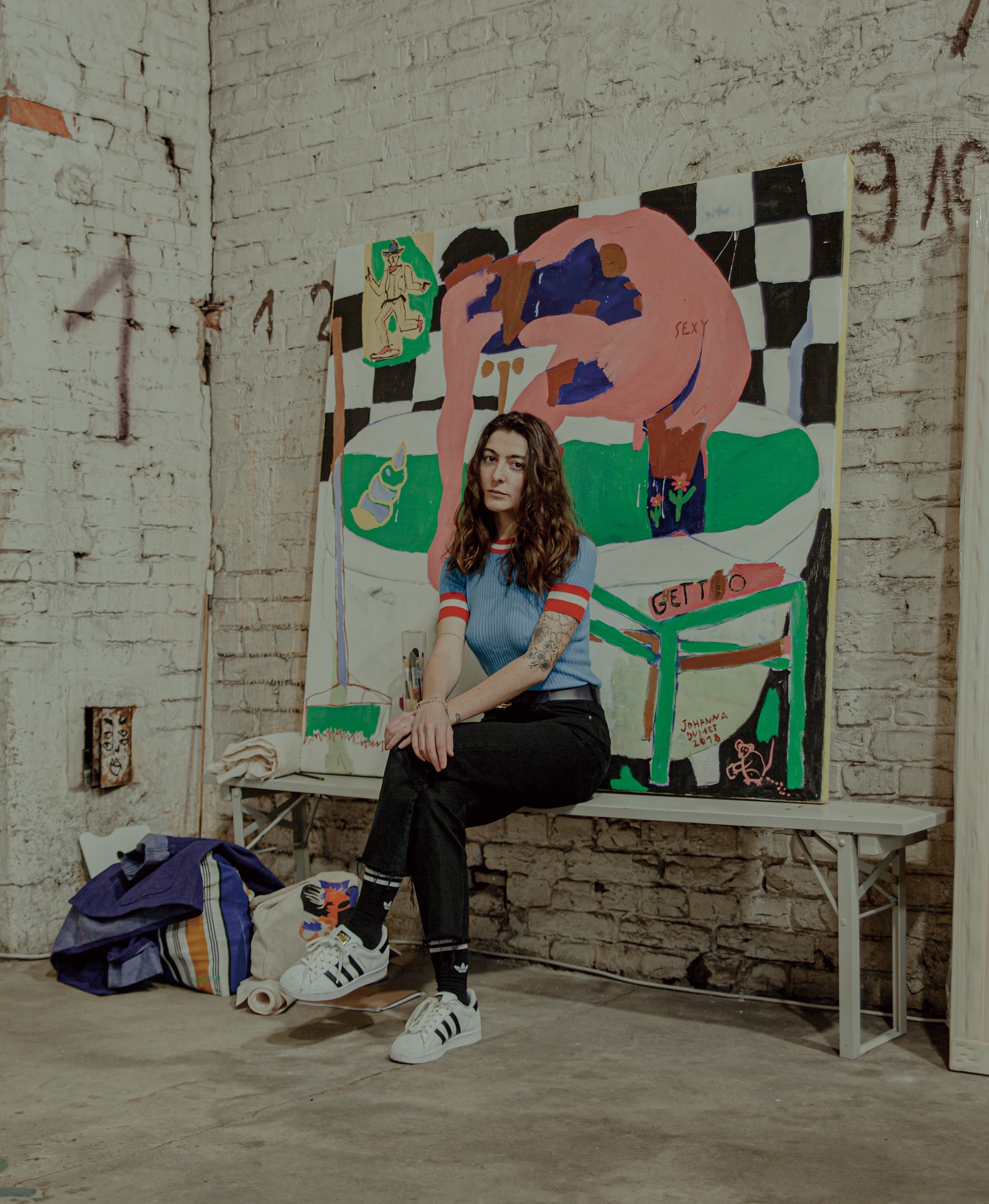 Born and raised in the small French town of La Creuse, Johanna Dumet began painting before she had even entered first grade. “I started like every child,” she tells of her beginnings, the only difference being that “I simply never stopped.” After once temporarily venturing into the three-dimensional realms of fashion design, Dumet quickly traded back the sewing machine for a paintbrush and Marseille for Barcelona—ultimately settling down in Berlin seven years ago. “The canvas is my playground, my rules,” she explains. “When I paint, nobody can tell me what I have to do.”

While her zesty oil paintings and still lifes speak for themselves, her attitude often gets compared to that of the late legend Frida Kahlo’s. “I’m pretty sure it’s mainly because I have strong, dark eyebrows,” Dumet laughs. She traces compliments like this back to the underrepresentation of female artists: “I see Frida as an image for the woman painter; she represents us.” she says. “We are women; we love colours; we are artists and we are not ashamed of it.” 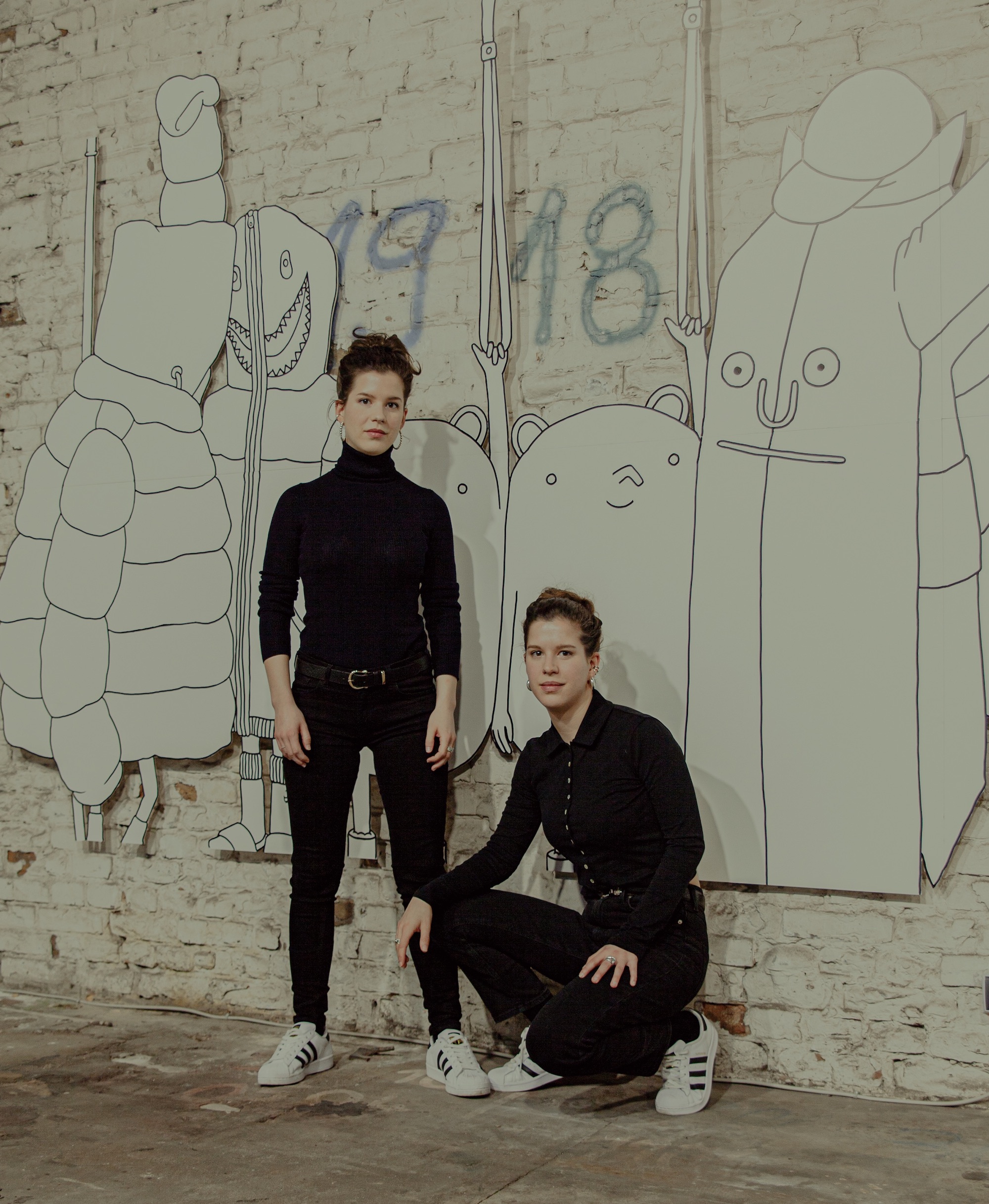 Trained filmmakers, the Munich-born Grub twins embarked on their creative path at a young age, even transferring to an Austrian, art- focussed secondary school in their teens. Their signature caricatures first saw the light of day back in 2015, in response to the ever-increasing velocity of modern society.

The 30-year-olds’ odd and amusing sketches are supposed to remind us of the small things we so often forget: “those little day-to-day moments that better our mood and make us happy,” the twins say. Their stick figures are usually black and white “minimalist but attentive to detail.” Luckily, the Grub sisters greatly enjoy functioning as a team: “We just naturally play with an idea for however long it takes for us to both feel satisfied with it. It helps in overcoming creative blocks too, when you can rely on someone else’s perspective as well as your own.” 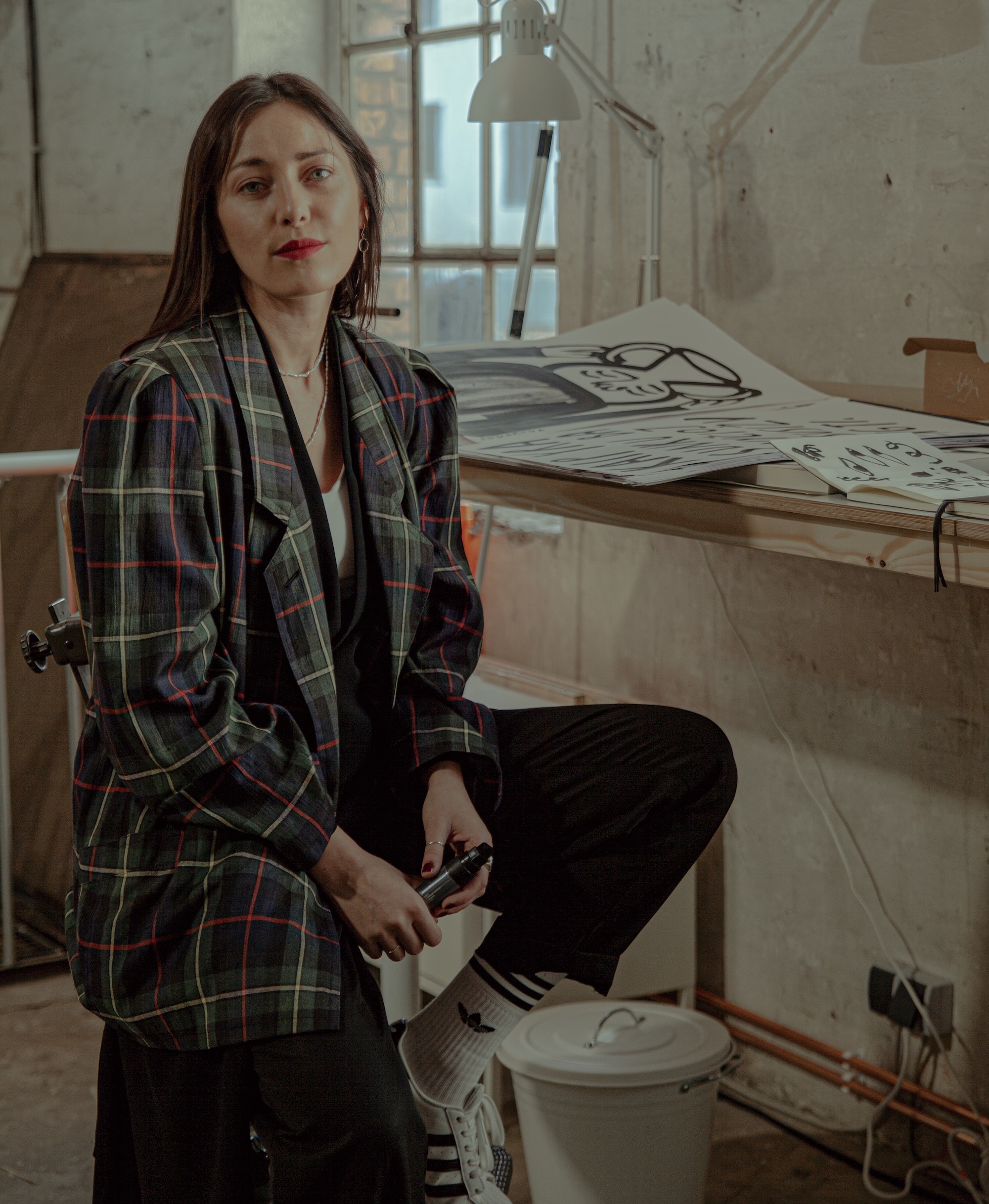 If ever lost for or lacking willingness to use words, Kristina Suvorova resorts to “drawings, paintings, or any other fitting form of art.” Splitting her time between Frankfurt and Berlin, Suvorova says she has been accompanied by “art and creativity from the very beginning of my journey through this world.”

Since then, the 30-year-old has made a name for herself with poppy illustrations. Asked about the inspiration and meaning behind the often-witty characters depicted in her art, she prefers to leave any kind of interpretation up to the imagination of each individual viewer. “[It is most] interesting to hear about my art from other people, because it is almost never about me or the actual artwork. It is about what they themselves make of it,” she says. “I find it magical to see how certain pieces I have created make people tell me their story.”