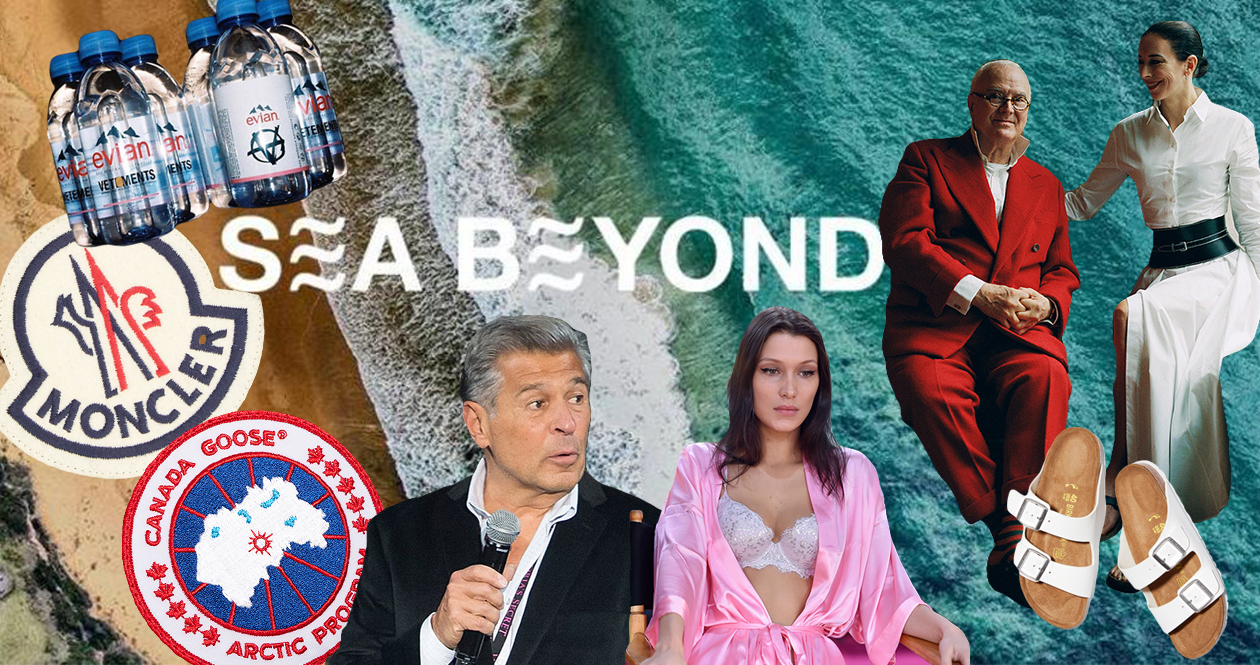 While Brits are battling the Brexit blues, and Kylie Jenner is throwing her daughter Stormi a birthday party that looked like something out of a nightmare (no child should witness their enlarged head being used as doors and decoration); the fashion world was running business as usual. Between scandals and sustainability goals, INDIE has rounded up five things you might have missed this week in fashion.

Colour me surprised—Victoria’s Secret has been hit with a new wave of sexual harassment and assault allegations. Former executive Ed Razek has been accused of acting inappropriately toward the brand’s models—from urging the women to sit on his lap, to requesting private dinners. And it didn’t stop there, apparently, as three people also witnessed the creep-in-chief assaulting a model by touching her underwear-covered crotch. Big name supermodels were not exempt from the harassment either, with multiple witnesses reporting that Razek sat down to watch Bella Hadid’s fitting for the infamous runway show. “Forget the panties,” he joked, and also speculated as to whether the TV network would let Hadid walk “down the runway with those perfect titties.” The behaviour didn’t stop at just the models—two female PR employees made complaints against the grimy exec to HR—needless to say, nothing came of it except punishment for the victims. Many models were also blacklisted from future VS runway shows for speaking out, or rejecting advances from powerful men in the company. Following the New York Times spill piece, Les Wexner—who had a close relationship with infamous asshole-of-the-century Jeffrey Epstein—has stepped down as owner of Victoria’s Secret. Good riddance.

So you’re probably wondering how (and why) a fashion brand would collaborate with… water. It makes a lot more sense if you’re familiar with evian’s “Sustainable Innovation Design” initiative that kicked off in 2018—with Virgil Abloh appointed as the Creative Advisor (seriously, does this man ever sleep?). Vetements is the latest in a lineup of collaborators to promote the project by designing their own evian bottles—the label has taken to Instagram to show off the bottles, which will be provided to guests at their runway shows. The Vetements logo is printed across one of the bottles, while the second design features their iconic inverted anarchy motif. The sustainability initiative aims to make evian a “100% circular brand by 2025” by producing bottles completely from recycled plastic.

One could associate Birkenstocks with German socks-and-sandals, dads, and style-sacrificing comfort—let’s just say Carrie Bradshaw wouldn’t be caught dead in a pair of Birks. But Manolo Blahnik—a name which serves as an antithesis to all things norm-core—is not afraid to admit he is a longtime fan of the shoes. Alongside his niece-turned-CEO Kristina Blahnik, the designer is the latest to star in its “Personality Campaign”—which features a series of OG fans of the brand. Shot by Jack Davidson, subjects of the campaign are self-styled with their own clothes and don their own Birkenstocks—no matter how old or tattered they are. Blahnik stated, “I wear Birkenstocks when tending to my beloved garden in Bath. Pairing them with colourful Paul Smith socks is a must. I respect that as a brand they have never conformed to trends and have an ethos of creating designs built to last.” That’s right, Manolo Blahnik just gave us the green light to wear socks and sandals.

Haven’t you heard? It’s 2020 and sustainability is the new black. After introducing their Re-Nylon initiative, and being the first luxury brand to sign a loan with sustainability conditions, Prada is continuing their eco-mission by teaming up with UNESCO—probably not the collaboration you were expecting. The label will work with UNESCO’s Intergovernmental Oceanographic Commission to present a global educational program in schools, with focus on sustainability and the circular economy. Prada have dubbed the programme Sea Beyond, and it aspires to help the younger generation adopt a more responsible and mindful behaviour toward the ocean while “promoting an attitude of sustainable consumption”. That’s right, take notes. Tide Pods and planking are out, being eco-friendly is in.

Every quarter, major global retailer Lyst “analyses the online shopping behaviour of more than nine million shoppers a month” in order to illustrate and compare trends over three-month periods. Q4 2019 is the latest Lyst Index instalment—and due to the fundamental human need to not freeze to death, seasonal demand drove brands like Moncler, Canada Goose and Dr. Martens to higher positions than the previous quarter; while Off-White maintained their number one spot as “hottest brand”. Overall, Lyst’s final take on their analysis only further confirms that sustainability is the new hottest trend with many major labels making moves to up their eco-score, claiming that “the final Lyst Index of the decade hints at a shift towards a more sustainable and less streetwear-focused future of fashion.”