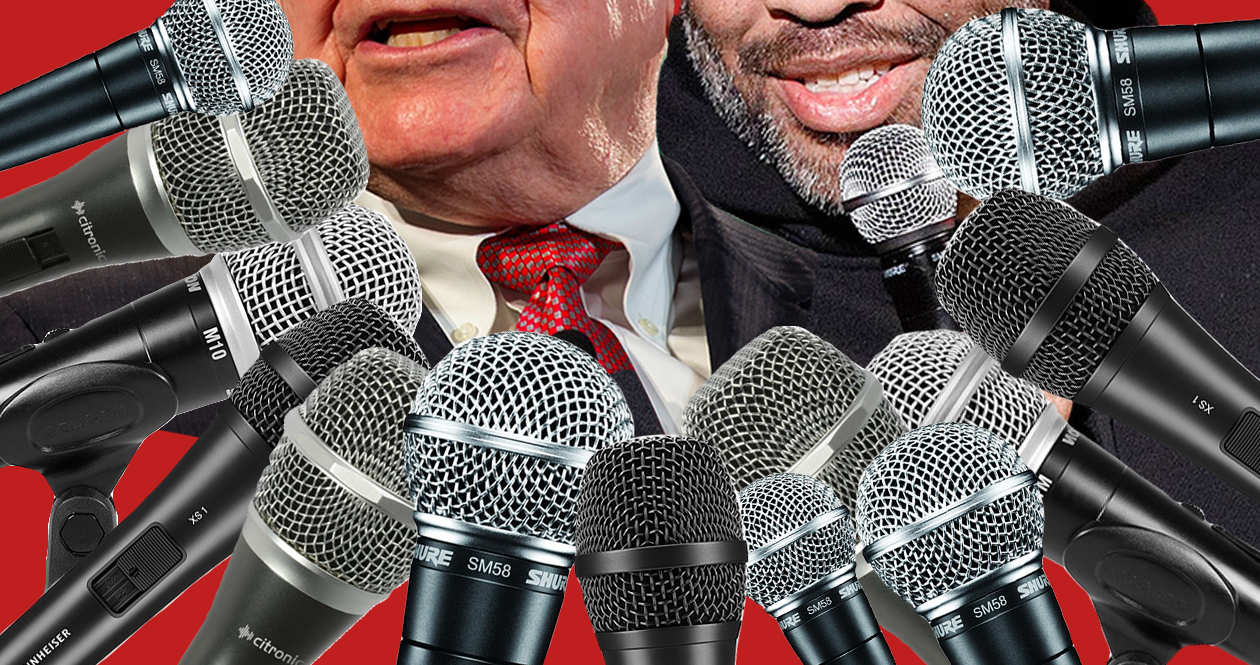 SORRY, BUT I’M SINCERELY OVER THE PANEL TALK TREND

When people speak, why do we listen to them? Is it because they’re attractive? Is it because we want to hear what they have to say? Is it because they have a mention-worthy number of Instagram followers and thus count as a type of celebrity whose opinion we value more than that of an actual, non-endorsed consumer? These questions all come to me as I try and negotiate with myself over what I think of this bizarre phenomenon that is a panel talk.

My hatred for panel talks came to a climax last week, when I was invited to a round table discussion aiming to decipher the future of music technologies in Europe. It touched on factors such as the democratisation of production software, creation tutorials and how these resulted in an over-saturation of streaming platforms—making it increasingly harder to earn money as a sonic artist. An intriguing topic, or so I thought, until my enthusiasm was quickly curbed by the obscure line-up: An all-male, all-white, middle-aged assembly of producers, DJs, sound engineers and startup experts. To think that in Berlin—arguably the world’s capital of electronic music—no one on the team of organisers could come up with even the slightest deviation from the said demographic, to feature one woman at the very least, is frankly unbelievable.

But panel talks have been a physically uncomfortable experience for me for more than a hot minute now. The worst are the surprise ones—you show up at a brand event, head straight for the free bar, and you’re ambushed with the announcement of a panel talk. And it’s about streetwear! Again!

No one cares what three adjectives X, Y and Z would choose to describe their personal wardrobe, or how being a queer athlete affected their locker room chitchat, or how being a woman in a male dominated industry affects their dating life. If you’re going to talk to people about these things, stop scratching the surface. Put more effort into the execution than the bare, baiting-like minimum of ticking boxes to fulfil some sort of diversity-empowerment-quota.

Let me just say, I’m not against the conceptual essence of a panel talk. The idea of getting appropriately credible people to dish the dirt on events and issues that matter—possibly motivating others to engage with something they’d not felt inclined to prior—is not a bad one. As a matter of fact, these attempts can very well encourage positive, conversational and palpable processes towards or against the the topics debated over. However, what I see happening more so than anything else is random amateur entrepreneurs, internet clout-birthed cell phone photographers and karma-indebted CEOs set on stage, awkwardly submitting to bleak questions by a host in constant pursuit of reminding the audience of their raison d’être.

Whether we like what we’ve come to or not, there was once a time when a model was a face, when silence was golden. But we now live in a new era of advertising, and where once was a pretty campaign now appears a fully formed, protagonist-driven narrative—whose voice is intended to stretch beyond the borders of billboards and trickle down into a written caption of refrigerator-magnet-style quotes on success or self-love.

In advertising, products have rarely ever been just their functions, but more so devices for projection—lifeless embodiments of lifestyles, mantras, ideologies. And in the age of influencers, the product becomes even more secondary. The practice of having users literally speak on behalf of a product or its campaign rhetoric, has become a common, popular tool to try and (not-so) subtly promote a commercial agenda.

In the fashion world, this tactic takes unbearable shapes, with brands regularly typecasting minorities (of any sort), sponsoring them, asking them to elaborate on hardships they may or may not be willing or able to say anything about for the pure sake of tying together a presumably tear-jerking origin story with a newly-dropped line of yoga pants.

What triggers me most about panel talks is that, particularly within the realm of commercial arts- and culture-oriented spectacles, I and everyone I know has either seen a strangely homogenous group of lecturers nitpicking at material they have far too similar stances on, or an oddly mixed troupe of chemistry-less panelists under- or overqualified for the situation at hand.

It’s the same feeling I get when something completely mediocre is called ‘iconic’, or when, following the release of Pose, every cheesy influencer-stuffed brand party suddenly became vogue-themed. It’s like when a designer launches a collection of, say, “sustainable board shorts”. You know what’d be even more sustainable than that? Not fuelling further consumption-excess with the introduction of yet another unnecessary retail gimmick.

And you know what’d be even smarter than orchestrating these cringeworthy, idle panel talks as means to cloak purely financial interests in a vale of zeitgeist-y buzz words? A format that does its participants justice. Or maybe just stick to what you know as a brand, and lay off of awarding yourself a deeper, contemporary purpose.