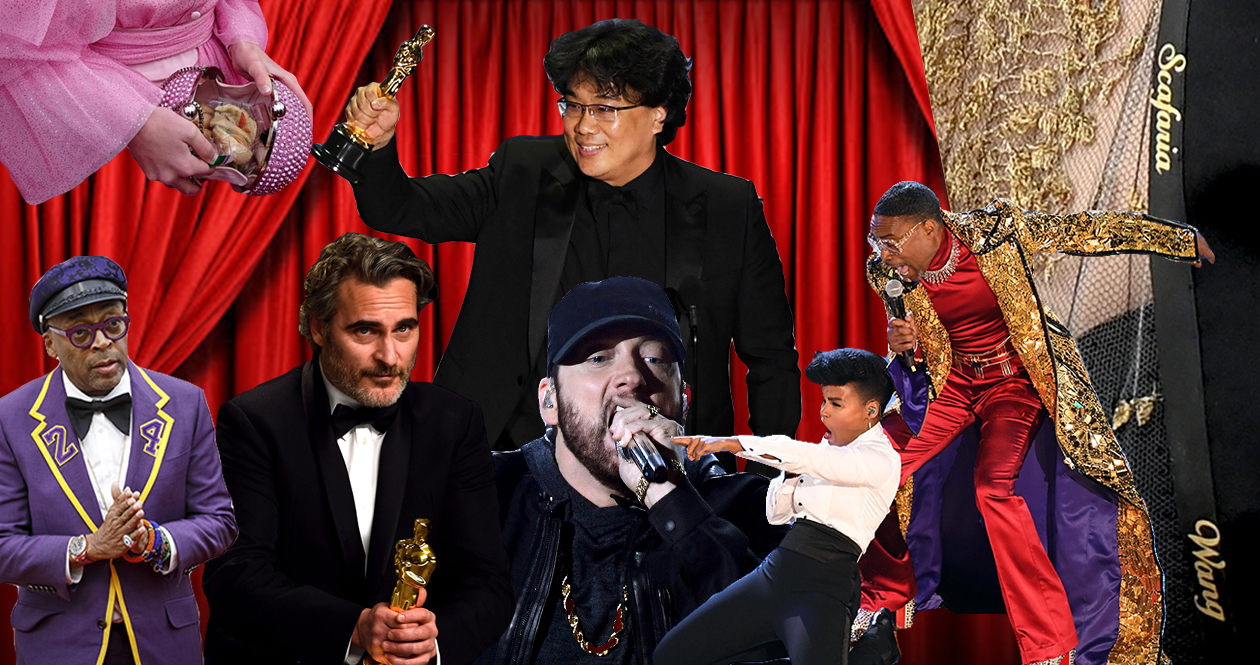 If, for some inexplicable reason you’re unaware, the 92nd annual Academy Awards took place last night, and naturally, the good people of the world wide web stepped in with their usual flood of memes and opinions. This year saw another push against the lack of diversity at the prestigious event, which almost exclusively recognises the work of (white) men. It marked a bigger push against the status-quo, with more celebrities call outs, as well as some historical firsts. Hildur Gudnadóttir became the first woman to win Best Original Score; and Parasite, a South Korean film, was the first ever foreign language film to win the top award of the night—Best Picture. The Sunday night ceremony illustrated a continuous and slow shift toward a more diverse celebration of film in the future. Brought to you by INDIE, here is a sum up of the best and worst moments of the 2020 Oscars.

Singer-songwriter Janelle Monae opened the Oscars with a tribute to the late Mister Rogers—complete with his signature red cardigan, which she tore off as she burst into a musical number complete with backup dancers dressed as characters from nominated films. Enter: Billy Porter—who is always bound to steal the show with his ever-exorbitant outfits. No exceptions. The pair set the scene for the entire evening by calling out the lack of diversity, “It’s time to come alive because the Oscars is so white!” Monae concluded by acknowledging all the female directors, while feeling proud to part-take as a black, queer woman during Black History Month.

#Oscars Moment: @JanelleMonae kicks off the #Oscars with an opening number that leaves everyone feeling alive! pic.twitter.com/J76UFuqxby

If there’s one thing everybody is talking about after this year’s Oscars, it’s Parasite. The South Korean film made history as four awards were swept up on the night, including Best Picture—historically going down as the first non-English language film to win the paramount award. When it came time for executive producer Milky Lee to say some words, the lights dimmed—time’s up, for now. Tom Hanks and Charlize Theron initiated a chant (bless), and in joined the entire room yelling, “up, up, up!” To the delight of the audience, the lights returned and Milky Lee stole everyone’s hearts as she expressed the simple things that make her appreciate director Bong Joon-ho, “I’d really like to thank director Bong. Thank you for being you. I like everything about him. His smile, his crazy hair, the way he talks, the way he walks. And especially the way he directs.”

A special mention for the second best wholesome moment has to go out to Julia Butters, who has had enough experience to know that the Oscars doesn’t have a kid’s menu. “I put a sandwich in my bag… Sometimes the food here is not for me,” the 10-year-old actress told a reporter, proceeding to pull a turkey sandwich out of her tiny bag, whilst remorsefully apologising to vegans. 2020 mood.

What’s in your bag? Julia Butters apologizes to the vegans for bringing a turkey sandwich to the #Oscars: “I put a sandwich in my bag… Sometimes the food here is not for me” pic.twitter.com/rpcnnzPR9K

Me watching Eminem performing at the #Oscars….. pic.twitter.com/K0WcCVoAD5

In an obvious (failed) attempt to remain relevant, Eminem surprised viewers with a confusingly delayed performance of his Oscar-winning track “Lose Yourself” from the film 8 Mile—which won Best Original Song back in 2003, however the rapper was AWOL. He thanked the Academy in a tweet, just going to show that “this opportunity comes twice in a lifetime.” The belated performance seems to have acted as fruitful meme-fodder for the Internet, despite the standing ovation from attendees… except Martin Scorsese who seemed to have dozed off…

After his heavily-accoladed performance in The Joker, it was basically a general universal demand that Joaquin Phoenix take home the award for Best Actor this year. And he did, but not without providing us with a speech which honestly sounds like he made it up on the spot. Beginning with human injustices, he then went on to talk about the dairy industry—sure, sounds logical enough for now—until he somehow manages to basically relate vegan innovations (like almond milk…?), to the forgiveness and second chances that allowed his career to flourish. He ended the confusing ramble with an emotional quote from his late brother River, “When he was 17, my brother wrote this lyric. It said, ‘Run to the rescue with love, and peace will follow.'” Despite the confusing, rambling nature of his speech, the beloved actor still touched the cold hearts of the Internet. Well, mostly.

joaquin: HOW COME WE PUT SEMEN IN THE COW

Keeping with the attention paid to the lack of female directors that were nominated for Best Director, Natalie Portman waltzed the red carpet donning a Dior cape, looking as stunning as one would expect. Upon closer inspection, it’s revealed that her cape was embroidered with the names of snubbed female directors. Names such as Lulu Wang, who directed The Farewell, Greta Gerwig (Little Women) and Lorene Scafaria (Hustlers) were shimmering in gold. “I wanted to recognise the women who were not recognised for their incredible work this year, in my subtle way,” she said.

A special mention for Best Tribute Outfit goes to Spike Lee, who dressed for the occasion in memory of Kobe Bryant. Lee wore a custom Gucci suit in purple and gold—a nod to the LA Lakers—and was marked with Bryant’s jersey number. He finished off the look treading the carpet in a pair of Nike Kobe 9 Elite “Strategy” sneakers. 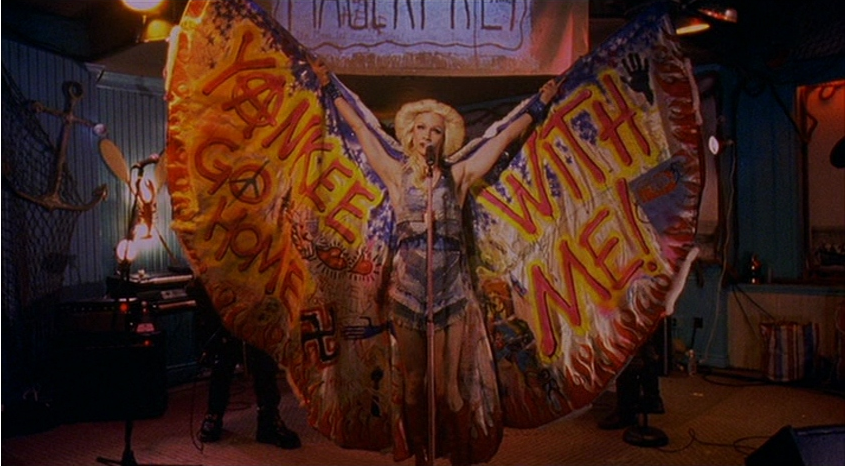