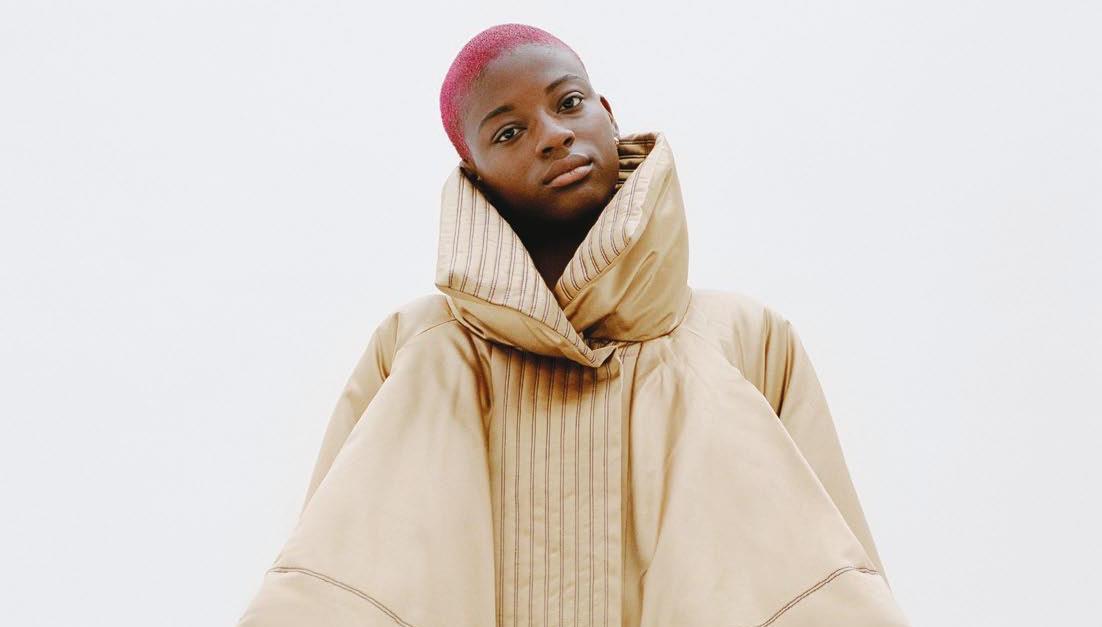 When asked about the starting point for his eponymous label, Patrick McDowell is refreshingly honest and straight to the point: “My graduate collection received a lot of press and it got to the point where I thought: you need to ride this wave.”

It was this no-nonsense approach, as well as the themes of sustainability and upcycling, that drew through the designer’s initial offering in 2018, which meant he quickly became one to watch. McDowell began exploring alternative ways of working with material and fabric during his time studying on the womenswear BA at Central Saint Martins—leading to his graduate collection being based on discarded fabrics from major fashion houses, Christopher Bailey’s Burberry scraps included.

Though McDowell’s sustainable approach still lies at the core of the brand, the Liverpool native isn’t one to simply use it as a marketing tool. “Sustainability is engrained in the business at all points, but I think it’s important to make it so engrained that it doesn’t become a trend,” he says. “Thinking sustainably allows you to redesign all points of your business from design to retail. I work through using up different luxury fashion houses’ waste fabric and unsellable Swarovski crystals. I am also taking apart pieces from my first collection to remake them for the second.”

Instead of producing for the masses, McDowell is embracing the notion of ‘made to order,’ crafting the pieces around his customers. “We need to stop guessing what people want. If we moved to a model that paid fairly and used mindful fabrics, we might start to see some positive change.”